‘Please tell me Lesley wasn’t there’: The Sydney love story broken in the September 11 terror attacks

Exclusive: Shele Lieberman's heart sunk a little when she found out Lesley Thomas had got a job and would be working high up in the World Trade Center in New York City.

The two Australian women had quickly forged a close friendship since Ms Thomas and her American husband, Joe O'Keefe, had arrived in the US from Sydney one year earlier.

She was happy her friend had won a coveted role with Cantor Fitzgerald, a prestigious US broker firm which occupied four floors near the top of one of the Twin Towers, but equally she'd miss hanging out with Ms Thomas, who, at 40, was a kind of fun-loving "Snow White" figure, with a memorable mane of "black hair and little blue eyes". 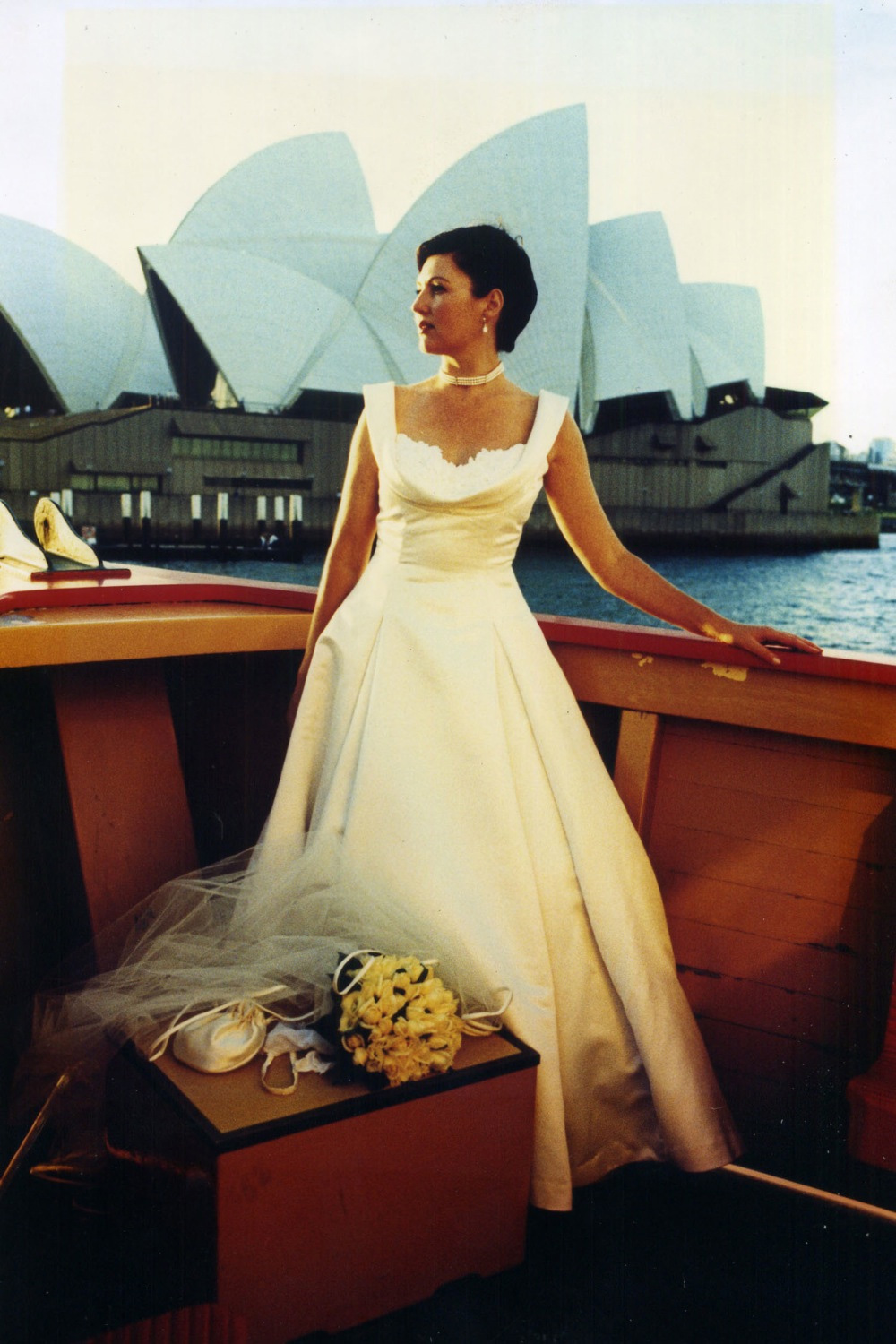 Though both women were from Australia, they first met in New York through Australian Women in New York (AWNY), a group set up to help connect Australians in the Big Apple.

Ms Lieberman, now 60, had grown up in Brisbane and lived in New York for a decade before Ms Thomas immigrated to the city start a fresh, exciting chapter of life in America. Ms Thomas had been raised in Gosford on the New South Wales coast.

While waiting for Ms Thomas' work visa to be sorted, the two women explored Manhattan and New York on AWNY-run outings, doing things like watching orchestra rehearsals at the Lincoln Centre, trips to West Point and boat cruises on New York harbour.

'You can hear her calm voice when there is total mayhem in the background,' he said, 'telling me she loved me and that she may not get out of this.'

When AWNY wrote in their newsletter about Ms Thomas being one of 10 Australians killed in the 9/11 attacks, it published a picture of her on that New York cruise; she's smiling, and her hair is blowing about in an August summer breeze.

"I do remember when Lesley got the job I was a little sad," Ms Lieberman said, "because we were friends and I knew that I wouldn't see her as much. I also remember that I knew she'd be at the World Trade Center when those planes hit."

No company in the World Trade Center was hit harder than Cantor Fitzgerald, which lost 658 employees in the September 11 attacks – almost a quarter of all the victims.

Its offices were in the North Tower on the 101st through 105th floors, with Ms Thomas working on 105, just five levels from the very top of the 416-metre building.

When Flight 11 crashed into the north facade of the North Tower, between floors 93 and 99, those in the upper reaches of the tower were cut off from escape and rescue.

Just two days before the attack, Ms Lieberman got together with Lesley, her husband Joe and a sprinkling of friends for a Sunday brunch on the waterfront in Hoboken, New Jersey.

The friends snapped a handful of photos on that morning from vantage points in Hoboken which look east across the Hudson and towards Tribeca, where the twin towers had once stood so commandingly tall. Ms Liberman is struck by an odd coincidence.

"There's about four or five photographs all along the river … and not one photograph has the World Trade Center in it." 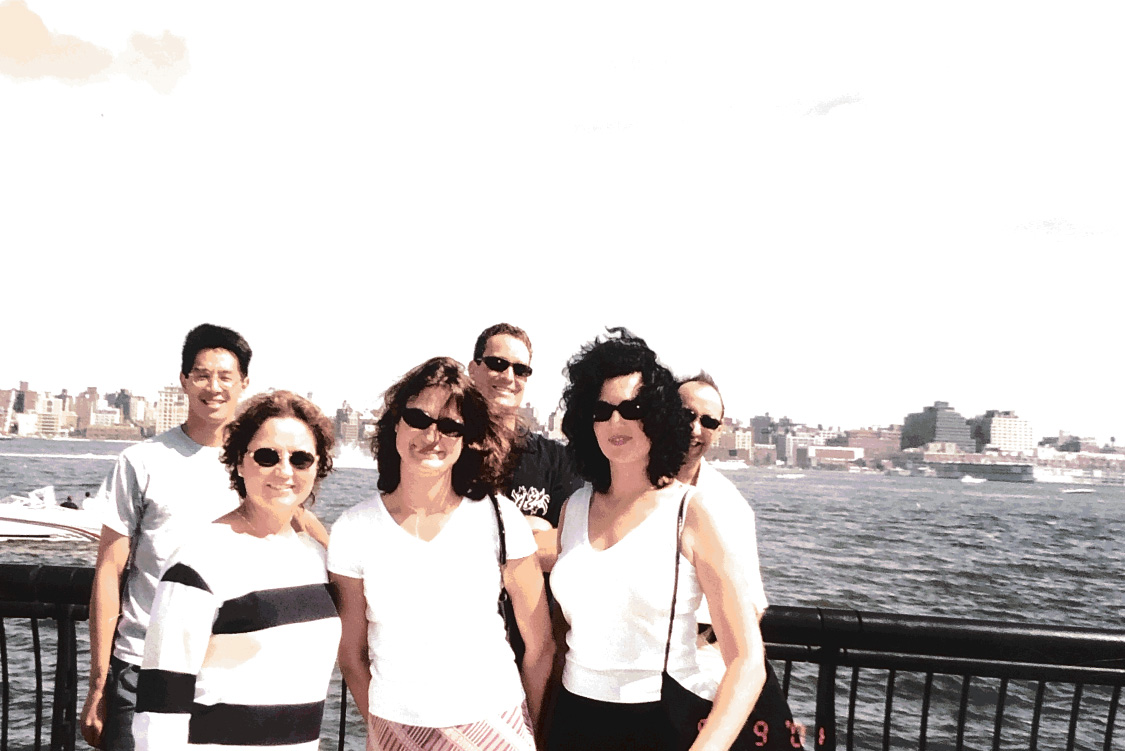 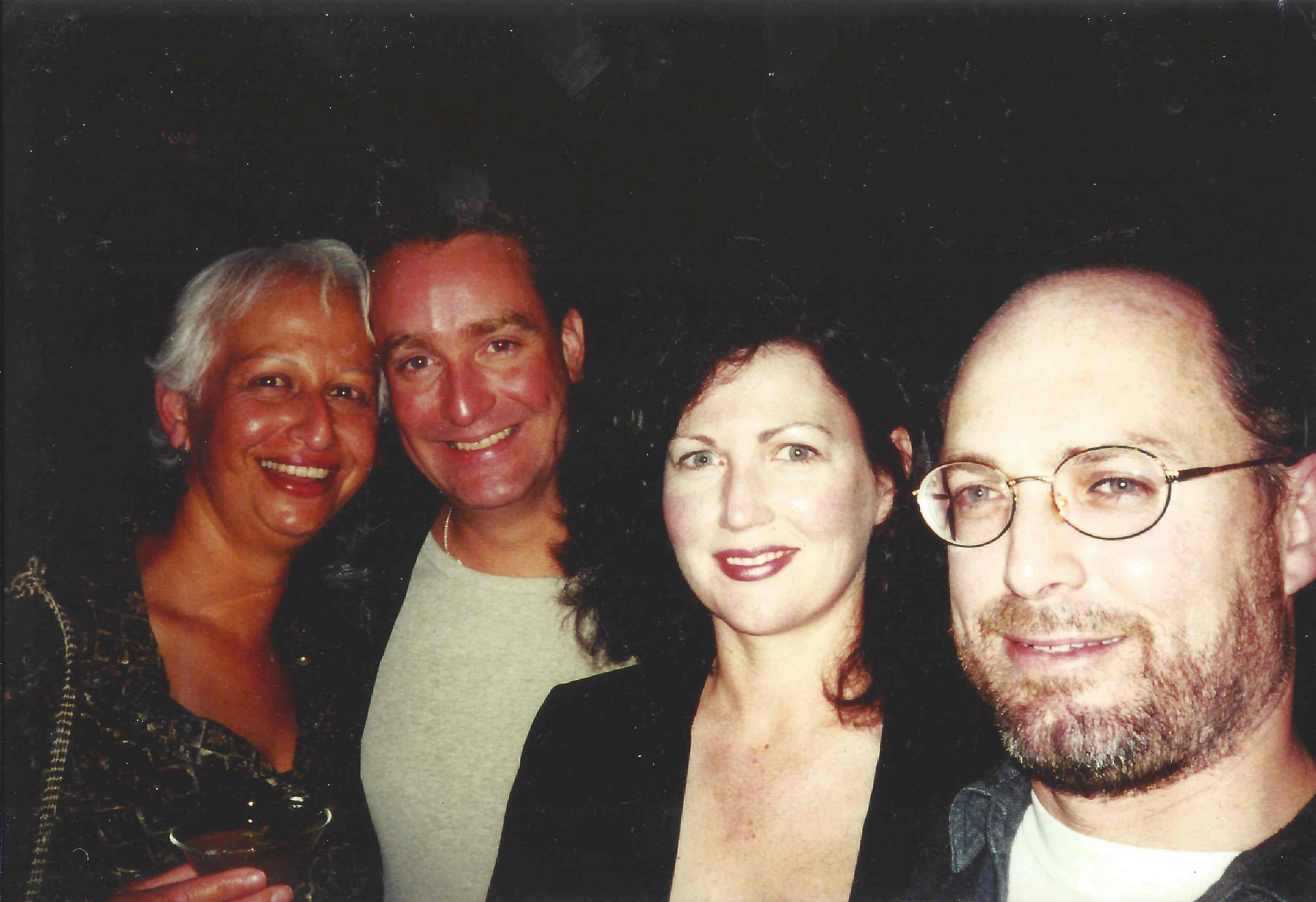 Over that brunch, Ms Thomas had casually mentioned that the mornings were the busiest time of her working day as an energy broker at Cantor Fitzgerald, because she covered the European markets.

So when the first plane struck at 8:46am on September 11, a sense of foreboding washed over Ms Lieberman.

"I remember calling, or trying to call, her work. But, you know, the phones were already down.

"And I knew she was high up. I can't remember what floor, but I knew."

Ms Lieberman remembered clinging on to the idea that her good friend had shared an office with many men and that "they're gonna look after her".

Meanwhile, further north, in midtown Manhattan, Joe O'Keefe rushed out of his trading office to board a train to get down to the World Trade Center. His wife, Lesley, had left a devastating yet somehow beautiful message on his phone.

"You can hear her calm voice when there is total mayhem in the background," he said, "telling me she loved me and that she may not get out of this."

As he reached Ground Zero, the North Tower came down in front of his eyes, Mr O'Keefe explained, "basically got there in time to watch her tower fall".

Lesley's message, where "she was the calm in the storm" and "so strong", Mr O'Keefe said, motivated him to desperately search around Ground Zero for days in the aftermath of 9/11.

"I held on to hope that she might have gotten out so I spent many days and nights searching hospitals, wherever I could go. But there were no survivors."

'She was stolen from us'

Mr O'Keefe, a New Jersey financial markets trader, moved to Sydney in 1994, first falling in love with the Harbour City and then Ms Thomas, who had grown up in east Gosford with her brother and mother. 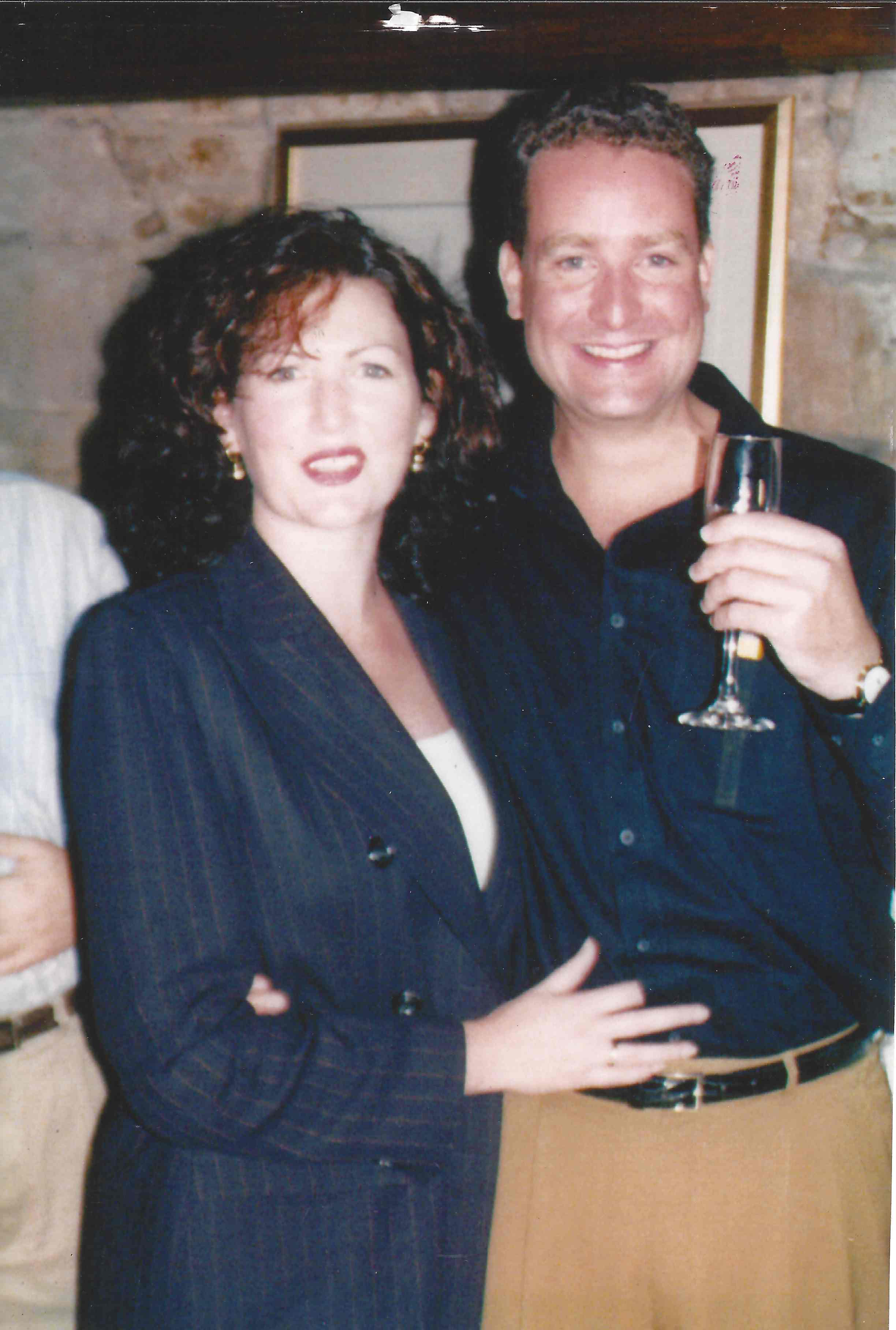 Statuesque, confident and intelligent, she had caught Mr Keefe's eye while she worked at the Sydney Futures Exchange.

"She was a force to be reckoned with," he said, "a successful woman in a male-dominated industry.

"She commanded respect from people around her (and) really knew how to handle herself.

"I felt lucky to know her and lucky to be with her."

The young lovers moved into a Kirribilli apartment, a quaint waterfront pocket of Sydney, close to the harbour bridge, and were married in 1999.

They held their reception at Sydney's Botanical Gardens.

A picture of Ms Thomas in her wedding dress, standing on the wooden bow of a 1920's ferry, in front of the Opera House, still sits in a frame on Mr O'Keefe's desk.

"I think about her every day," he said.

"I have my photos I look at every morning. Not that I need a reminder, you know, she was stolen from us." 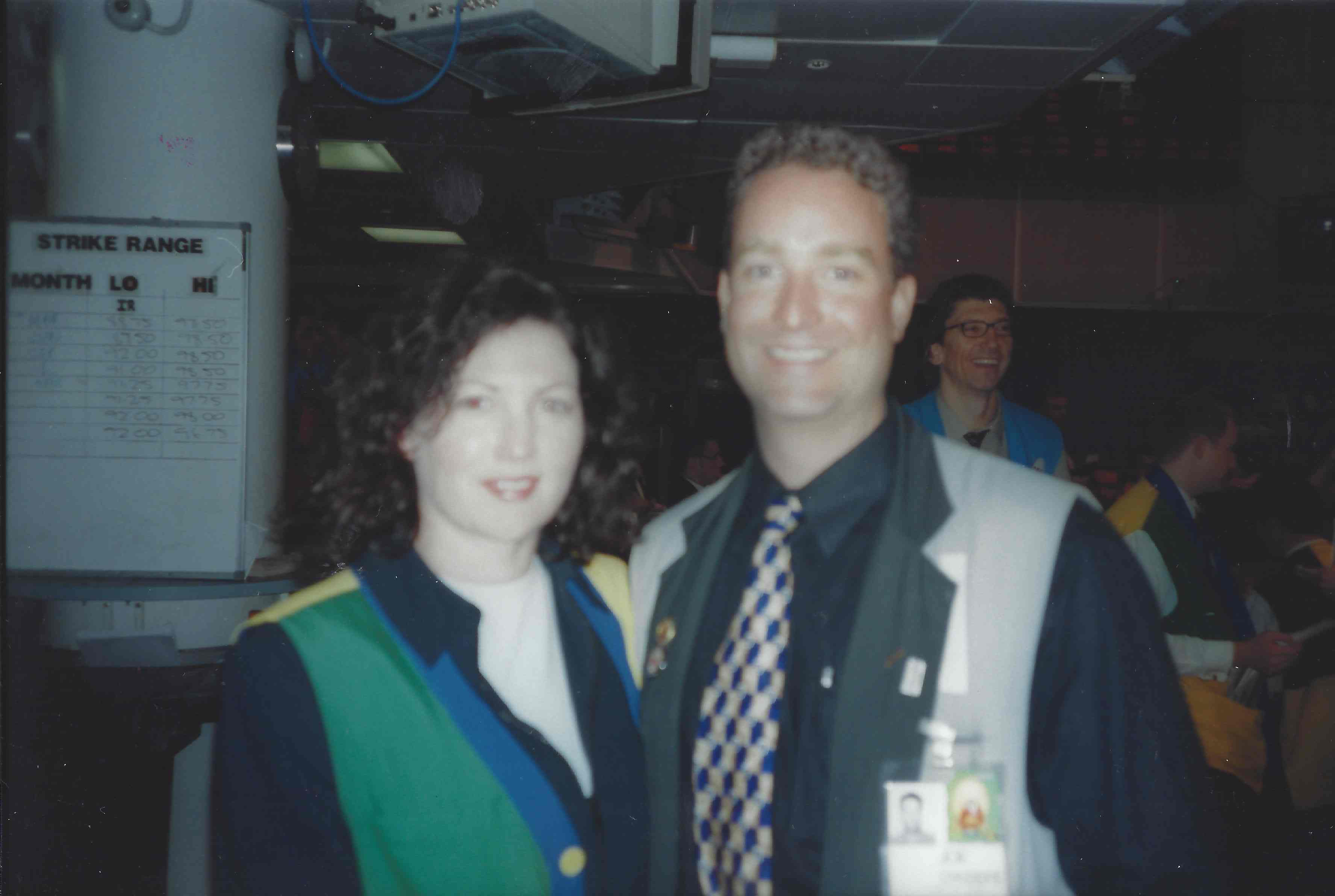 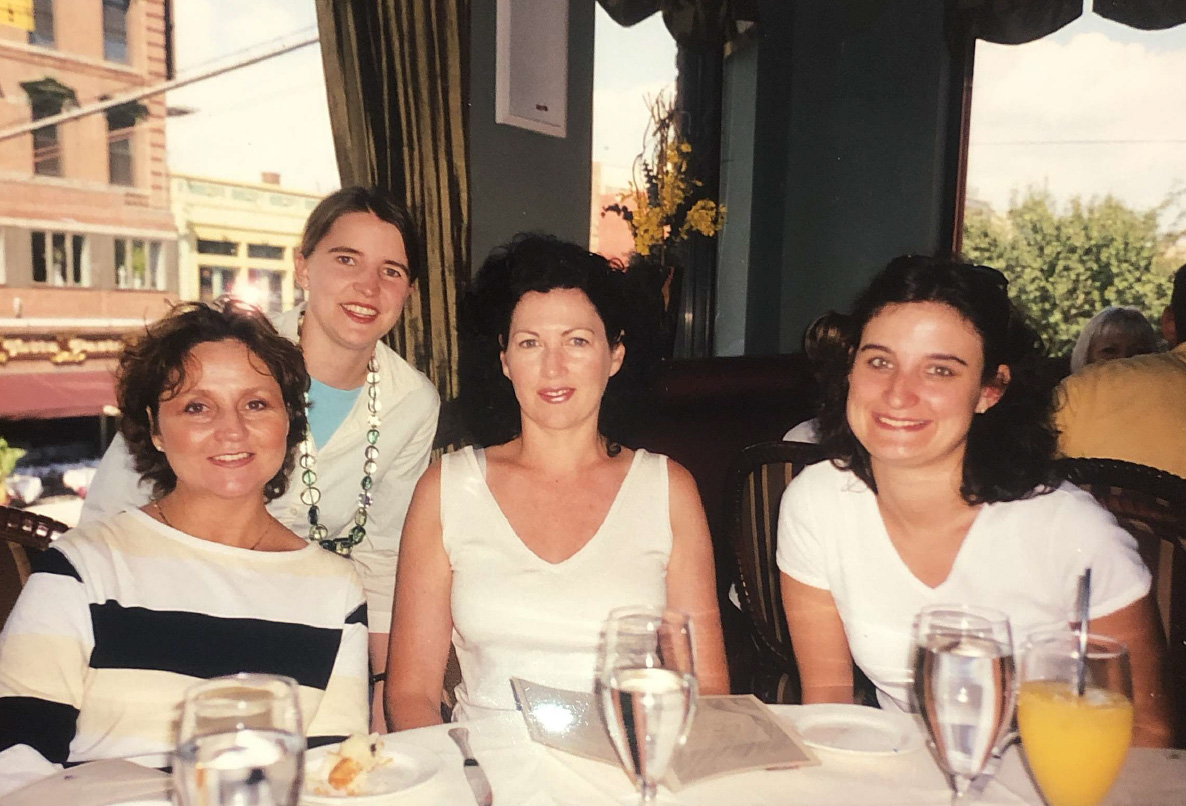 'Please tell me Lesley wasn't there'

In 2000, just before the Sydney Olympics, the newly-married couple moved to New Jersey.

They settled into an apartment in Hoboken, with views over Manhattan.

It was incomprehensible to lose his wife out of nowhere, Mr O'Keefe said, for her to snatched away in "an international incident … something of that nature, that magnitude."

"You don't picture your life, when you're younger, marrying someone and seeing something so horrific to happen to someone you love.

"Devastating and horrific are the words that come to mind."

Asked if the September 11 attacks feel like 20 years ago, Mr O'Keefe doesn't hesitate: "Absolutely not."

When news of the attack on New York broke, Edwina Sulimirski remembers feeling frantic and hopelessly unable to help, all the way across the Atlantic on a family holiday in Poland.

Ms Sulimirski, a Tasmanian who had lived in New York since 1999, had also become friends with Ms Thomas through the AWNY network, the organisation she had co-founded.

Bells rang in her head. She knew her friend worked in one of the towers.

The next 36 hours were excruciating.

"It was gut-wrenching. It was terrible," Ms Sulimirski said.

"There was a lot of chaos going on, and people having to try and make their way home on foot and whatever. I guess I was hoping that perhaps she had managed to get home."

It soon became clear that hope – and Lesley - was gone.

A memorial service was held for Ms Thomas, across the water from Ground Zero.

"The rubble was still smoldering," Ms Sulimirski said, "it was the hardest goodbye."

She read an Australian poem at the service. Another friend read out a eulogy, which recalled Ms Thomas dancing to Men at Work's iconic tune "Down Under" on a boat cruise around Manhattan.

"She loved to dance," Shele Lieberman said, "to the extent that even my daughter said to me, when (ABBA's) Dancing Queen would come on, she'd say, 'That's your friend's song, isn't it?'

Ms Thomas had a strong impact on people, she said.

"She was newly married, very much loved her husband, life was exciting for her and it was just snatched away." 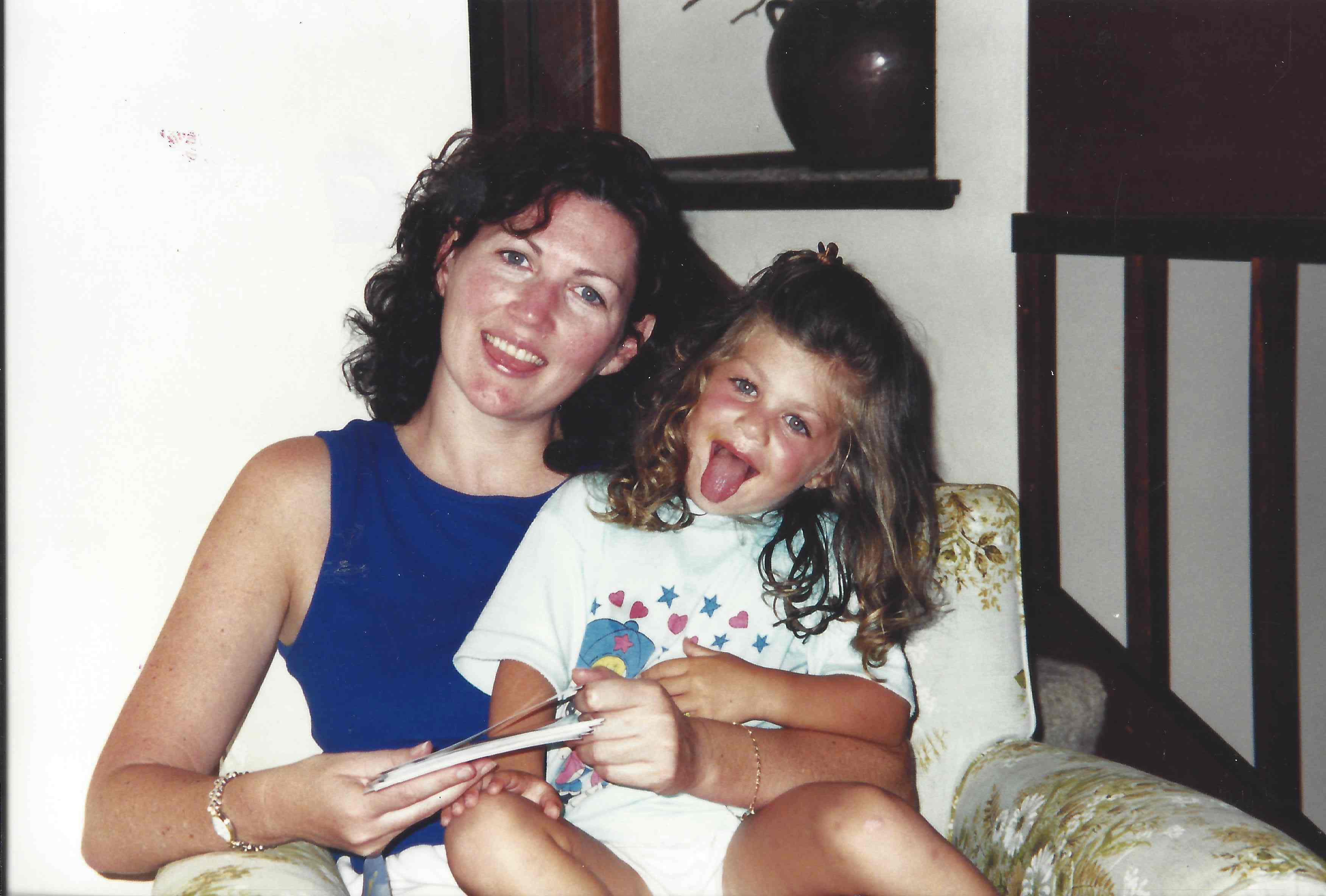 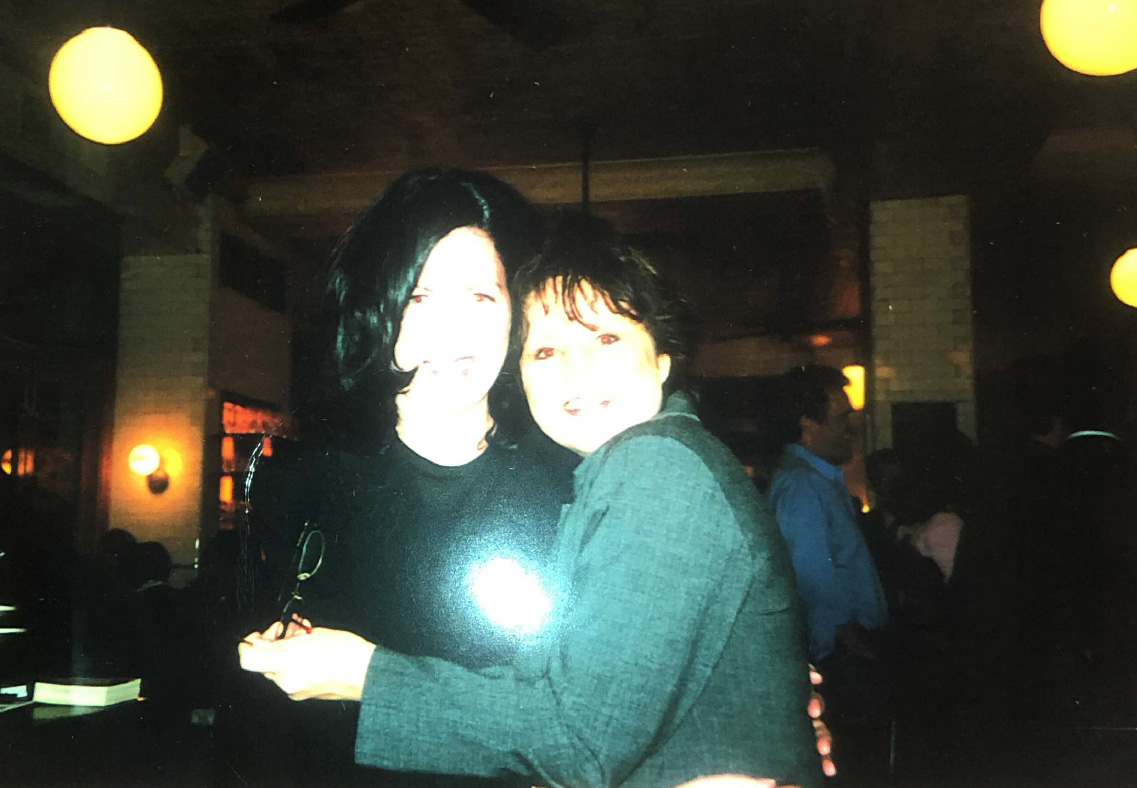 A tolling bell for the lost

Joe O'Keefe, now 58, still lives in Hoboken and has remarried.

He has two children with his wife, Tracy, who lost her husband in the North Tower. They met at a 9/11 survivors support group, where friendship slowly flowered into love.

As a family, they hold close the memories of their passed loved ones. Mr O'Keefe, his wife and two kids have made trips to Australia to meet Ms Thomas' family and keep alive old and special ties.

In Gosford, they stay with Ms Thomas' brother, and the kids call each other cousins.

On the 20th anniversary of the September 11 attacks Joe and Tracy will avoid the large, high-profile memorial events in New York and New Jersey.

Instead, they'll attend an intimate service in Sterling, New Jersey at the Shrine of St. Joseph, where a 10-metre bell tower has been built out of rusted steel salvaged from the mangled wreckage of both towers at Ground Zero.

At the end of the ceremony those who lost a family member in the attacks are given a rubber mallet, they announce their loved one's name and then strike a large steel bell.

There are no cameras or press. Just families traumatised by the events of that day. Later, many go eat dinner together.

"You see youngsters who have grown into young men and women now," Mr O'Keefe said.

"They're there, honouring mostly their fathers who were taken that day. 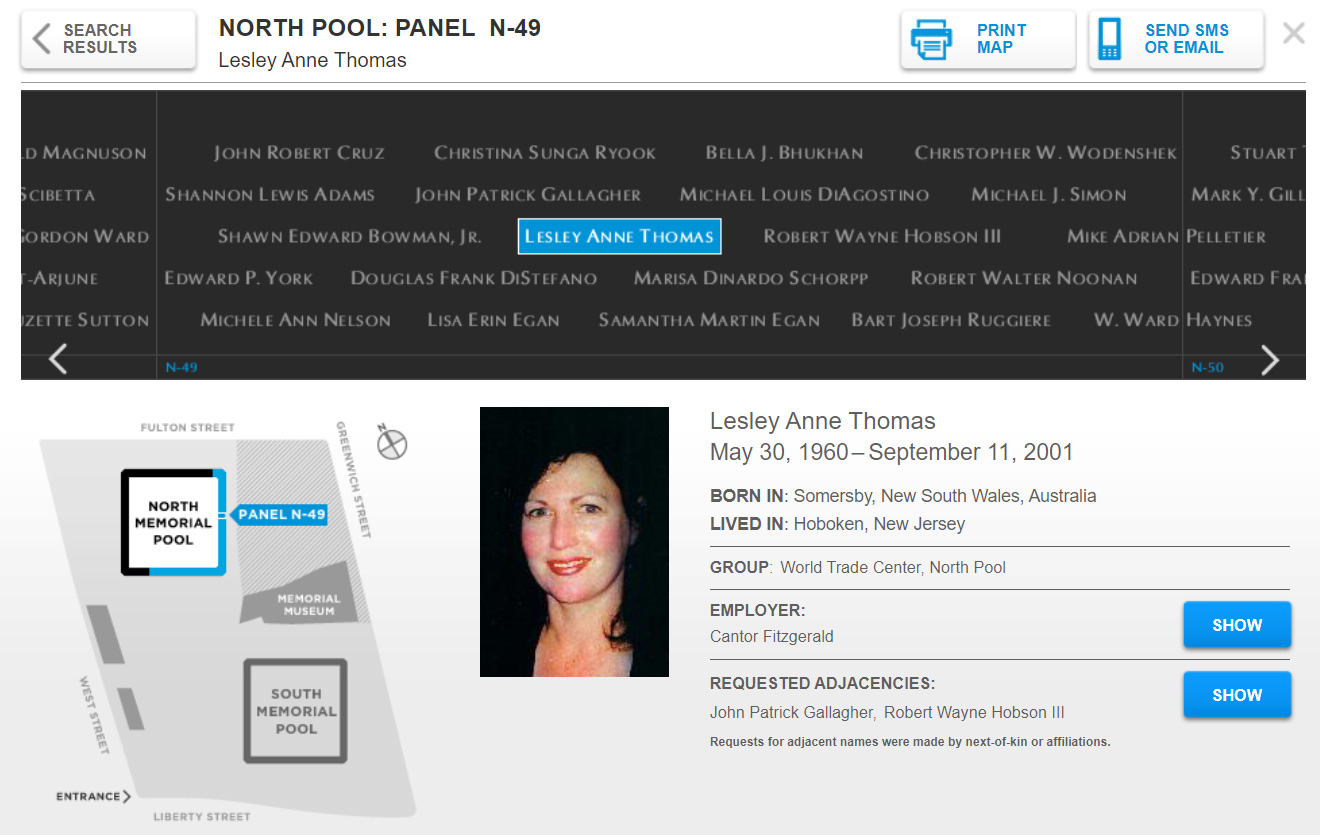 Reflecting on his six years in Sydney, Mr O'Keefe said his was struck by the ever-present notion of 'lest we forget' on all Australian war memorials.

At the time, he didn't properly appreciate the deeper meaning of those three short words.

"Then something like this happens and you really understand it.

He recalled ANZAC Day dawn services and the poppies, and described Australians as "very conscious people, they don't forget."

"Although only a few people were lost from Australia, I hope 9/11 is not forgot."