For as long as Kerianne Vianden can remember, she’s been in love with food.“My parents told me I skipped baby food and went straight to pizza crust as an infant,” the New Jersey-based writer told HuffPost. She also remembers being in … 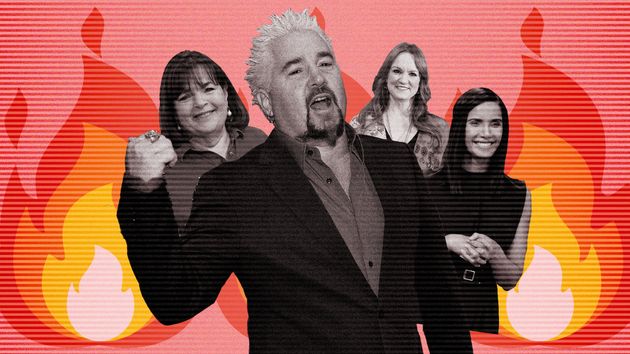 For as long as Kerianne Vianden can remember, she’s been in love with food.

“My parents told me I skipped baby food and went straight to pizza crust as an infant,” the New Jersey-based writer told HuffPost. She also remembers being in middle school and writing lists of all the places she wanted to eat at one day, most of which were inspired by Guy Fieri’s “Diners, Drive-Ins and Dives,” her favorite food show at the time (and still one of her faves).

Now as an adult, Vianden’s love of such shows is fiercer than ever, with competition programs like “Man V. Food” (when it still aired) and “Chopped” topping her list. When she’s enjoying a chilled out day, “Barefoot Contessa” is one of her go-to relaxants.

But does she cook herself? Fuhgeddaboudit.

“Cooking requires a lot of patience, and I’m a very impatient person,” she said. “I’d rather die (OK, not really) than wait hours for my food — which takes 10 minutes to eat — to finally be done.”

She’s not alone. Molly Galler, a Boston-based food blogger, dreads every part of the cooking process: finding recipes, shopping for ingredients, prepping, waiting a century for the meal to finish cooking, not to mention washing the landfill of dirty dishes when the meal’s over.

“And don’t even get me started on recipes that require chilling things overnight,” she said. 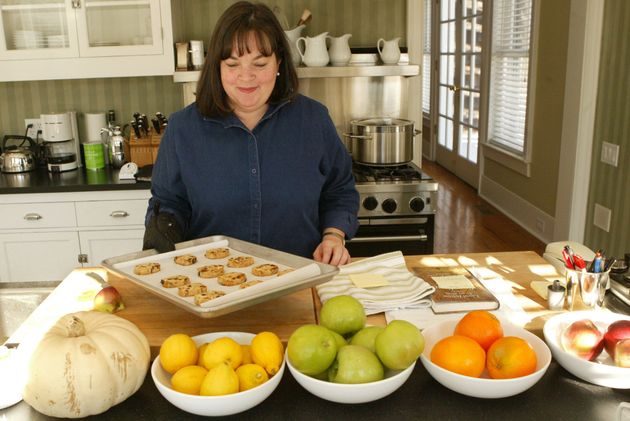 Yet, many of Galler’s favorite shows are cooking-related. “The first cooking show I was truly obsessed with was “Top Chef” on Bravo,” she said. Her repertoire has since expanded to include the “Food Network Star” and “Great Food Truck Race” — she watches them live as they air, and records every new episode of “Chopped.”

“I’ll also watch ‘The Pioneer Woman’ any time it’s on,” she added.

Sure, there’s no law saying you have to love cooking to watch cooking shows, but still — what makes them such a draw for people who have no interest in doing what the stars of these shows are literally dishing out?

For many people who watch cooking shows, it’s not about learning how to cook at all.

Fans of cooking shows typically fall into two categories: viewers who want to learn and also enjoy being entertained, and those who care about everything but the how-to elements. They might appreciate the fact-based intel that chefs and contestants provide, but primarily tune in for the feels.

“Some patients have actually shared their practice of this behavior with me,” said Ashwini Nadkarni, an associate psychiatrist at Brigham and Women’s Hospital in Massachusetts. “What they’ve articulated is that cooking shows are so riveting ― in spite of the person’s hatred of cooking ― because it makes them believe in the possibility of what could be.”

Known as vicarious consumption, the process of watching a cooking show can be more satisfying to the anti-cook than the process of cooking and eating in real life — because even if you hate cooking, chances are, you like food.

“By seeing someone else cook and make delicious food, we can simulate and imagine what that food tastes like,” he said. “We get to have a small piece of this enjoyable gustatory experience without any downsides, like calories or clean-up.”

Cooking shows fill the emotional void where you think a love for cooking “should” be.

Considering the substantial pressure from society to do it all and be it all, experts say these shows can help to fill that void for people who don’t like cooking, yet wonder if they might one day. 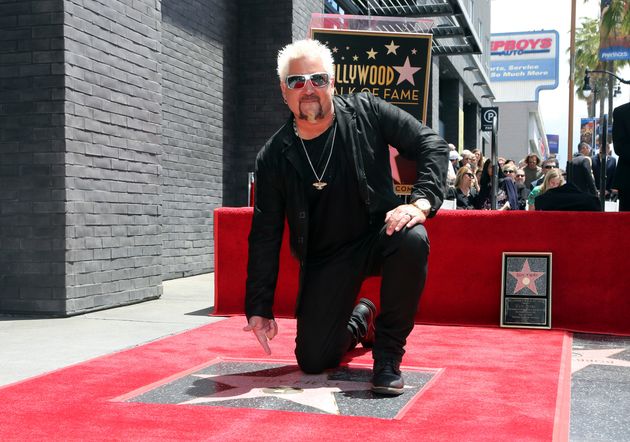 “I’ve definitely felt pressured to feel like I should enjoy cooking,” Vianden said. When she sees an Instagram post of someone’s made-from-scratch pasta noodles, she feels “cooking homemade meals is often connected with being happy and healthy.”

For some, this might create a conscious or unconscious hope that a day will come when everything aligns — energy, desire, money, time — to support a cooking journey they can enjoy as much as the cooks on their go-to shows.

Such is the case for Cat Soroush, senior account executive at Zazil Media Group in New York City and fellow cooking show fanatic: “I’m constantly asking my co-worker to share her recipes with me, knowing I likely won’t make them but like to think I will—someday!”

These little nuggets of hope can stave off worries of not meeting societal demands. “The mind pushes off the pressure and stress by saying, ‘I can’t do it today, but someday I will,’” said Carla Marie Manly, California-based clinical psychologist and author of ”Aging Joyfully.”

Affirming thoughts like these give you an opportunity to escape the pressures of expectations and demands in a healthy way.

The cheery worlds that cooking shows inhabit offer up a serious dose of stress relief.

Tuning into cooking shows when your stress level’s sky-high, even though you hate cooking, isn’t as strange as you might think.

“These shows provide a window into a world that’s picture-perfect,” Manly said. “When our own lives feel chaotic and stressful, it can be comforting to watch a show where everything is precise, controlled and seemingly doable.”

The uptick in using cooking shows as an escape hatch from reality could have to do with how cooking shows have evolved. Shows of yore had more of an instructional how-to vibe to them, whereas today’s cooking shows offer up a passive learning experience that’s more about entertaining than educating.

“In the past decade or so, the increasing popularity of reality TV has converged with the rise of social media,” Nadkarni said. “There’s an element of being emotionally transported in these shows, especially since they retain a reality element, which enables viewers to relate or feel that much more connected to the chefs and participants.”

Enjoying these food experiences on-screen becomes a fulfilling substitute for the anti-cook, who might feel that IRL cooking is too expensive, frustratingly complicated, time-consuming or just plain daunting. 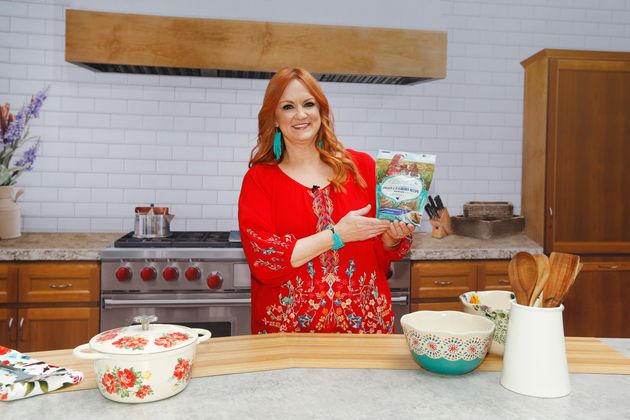 Plus, when you’ve had a long day and are drained of the mental energy necessary to follow a cerebral thriller with complicated plot twists, cooking shows are the perfect solution. They’re light and cheerful with a side of nurturing, like the emotional equivalent of a home-cooked meal — and there’s always room for seconds.

It might not be cooking skills you crave, but inspiration.

There’s nothing wrong with having a hate-on for cooking, and — barring any unhealthy eating behavior triggered by watching cooking shows ― you can find freedom in accepting this truth.

“Not everyone enjoys the work involved in cooking, and as life’s too short to engage in things that we truly don’t enjoy, it’s important to let go of ‘should’ behavior and focus your efforts in areas that allow you personal health and joy,” Manly said.

What you might really be seeking from your cooking show compulsion is a dose of inspiration. Cooking may not be your thing, but maybe you’re going after a different creative pursuit (or are on the hunt for one) and heavily relate to these chefs putting everything on the line to do what they love.

“I never have the desire to make any of the dishes myself — I just like to watch other people sweat and then deliver something stunning and delicious,” Galler said. “I’m always blown away by their flavor combinations and gorgeous plating.”

Because we’re social creatures and naturally empathize with others, witnessing someone else’s joy can easily translate into our own. “Even if we don’t cook, we take enjoyment from their enjoyment,” Johnson said.

Then again, maybe what you’re in awe of is how much they love cooking because how can they possibly love something that seems so foreign to you? It becomes impossible to look away.

“It’s fun watching them accomplish the one thing I so desperately want to but can’t,” Soroush said. “Kind of like window shopping on 5th Avenue — you know you’ll never afford those pieces, but a girl can dream.”