I always thought I was broken. Growing up, when friends always talked about a celebrity being “hot,” I went along with it but didn’t understand how they felt. I have never looked at a famous person, a friend or a stranger and tho… 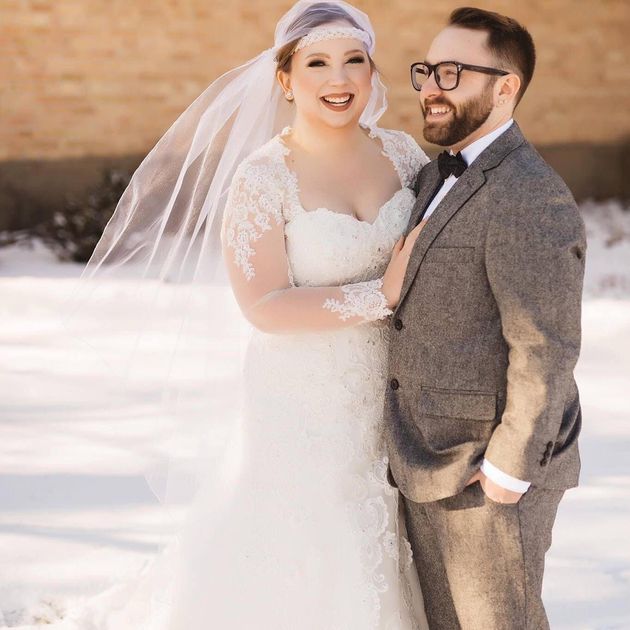 I always thought I was broken.

Growing up, when friends always talked about a celebrity being “hot,” I went along with it but didn’t understand how they felt. I have never looked at a famous person, a friend or a stranger and thought “wow, you’re sexy.” Not once. I had crushes, sure, but they never had to do with someone’s appearance. I thought other people were cute only after I developed feelings for them because of their personality.

My friends would gush over the cute guys in school, and I played along. I trusted them entirely so I figured if they thought those boys were cute, they had to be. Right? I never fully understood what it was that was so appealing to them. They were usually nice but I had no idea why my friends wanted to kiss them. I knew close to nothing about most of them. There was no inkling of sexual or physical attraction to people I didn’t know very well even after puberty.

And now, as an adult, I realise that’s exactly what demisexuality is.

I’m attracted to someone only after I develop a deeper emotional connection with them. I can count on one hand the number of men I’ve kissed in my life or have even been attracted to and I have no problem with that number. In no way do I feel that I’ve missed out because, to my body’s inclination, I’d much rather have a seven-hourlong conversation with someone than be physically intimate with them.

The best way to describe it is I am attracted to a person’s personality before their body. I’m attracted to delectable details, not physical appearance.

The best way to describe it is I am attracted to a person’s personality, not their physical appearance.

For a sexual person, there can be an immediate spark with another person when they first meet. A kind of sudden chemistry that draws two people together from the get-go. For asexual people, those sparks tend not to happen at all, even after time passes. For me, I have only ever gotten that butterflies in the stomach feeling when I’ve known someone really well, and we’ve both shown romantic interest in one another.

I’m a romantic at heart. I’ve just never been a “lock eyes in the bar with a stranger” kind of romantic.

As a demisexual person, when I first meet someone, I just see them. I don’t see their physical characteristics as anything more than just part of who they are. You have great abs? Neat. You have a chiseled jaw? Okay, whatever. It isn’t until I start to get to know what is behind the eyes looking back at me that those physical features catch my eye. I knew I wasn’t asexual for that reason. I do feel attraction, it just takes me a while to get there.

I was 16 when I had my first boyfriend, my first kiss, my first real understanding of attraction. I had never wanted to kiss anyone before. He made me feel seen, beautiful and understood. For the first time in my life, someone was really invested in who I was to my very core and wanted to know everything about me. My first kiss was during a movie. He leaned in close to me, and suddenly my stomach was in knots. I was drawn to him like a moth to a flame, and it felt as natural as breathing. Everything my friends had been talking about now made sense. The more I got to know him, the more beautiful he became in my eyes.

Like any other naive high school girl in love, I doted on him. I finally thought I understood what my friends saw in their boyfriends or girlfriends. Maybe this was just my one person for life, I was just lucky enough to find him so young?

This school sweetheart was my partner for about six years. Our extremely ugly official breakup happened months after I started disconnecting emotionally because I knew in my gut he was cheating.

For me, I have only ever gotten that butterflies in the stomach feeling when I’ve known someone really well, and we’ve both shown romantic interest in one another.

After this, I was thrown back into this whirlwind of not understanding who I was. Being attracted to someone, for me, involves a lot of personal emotional investment. And as a monogamous person, I have no interest in pursuing other people when I’m in a committed relationship. On top of being furious, I was more confused than I ever had been. The only person I had been attracted to was this partner. Regardless of how close I became to other people, I only had those feelings towards him. Demisexuals typically don’t do one-night stands or have flings. We build our physical relationships from pieces of our emotional ones.

I started to question everything about my sexuality: Was I broken? Is it normal to not find people attractive in general?

That’s asexuality too, they’d explain. Like so much else, sexuality is a spectrum. They told me I sounded like a demisexual, someone who exists in between asexuality and sexuality, someone who needs a strong emotional bond to feel attraction.

A word. There was a word for it. There was this sudden feeling of relief to have a word for what I felt, what I’d been feeling. I was 23, and I finally knew how to explain myself to other people. Demisexual. I am and always have been demisexual. There was nothing wrong with me at all.

There was this sudden feeling of relief to have a word for what I felt, what I’d been feeling. I was 23 and I finally knew how to explain myself to other people.

That’s why as a monogamous demisexual person, the idea of a fling doesn’t compute. I need something deeper. I look at another human being and think, “Oh look, that’s a person. Okay, cool.” I might like their voice or their eyes or dig their hair or style, but no part of me is even remotely physically or sexually attracted to them whatsoever.

After that breakup and after finally understanding my demisexuality, I tried to meet people and seek out that feeling of attraction again. And OkCupid was a godsend. I enjoyed how full profiles were to other dating apps, and I spent a lot of time reading profiles, getting to know a guy before messaging them. I put a lot of time into reading through their likes and dislikes, and wondering if I would consider being their friend before I connected with them.

At first, their profile photos would just be intriguing. A kind smile, a glimpse into a favorite adventure or a goofy selfie with their pals. But once I read through the details of their life the smiles often looked a little kinder or, sometimes, they looked disingenuous. I only ever messaged a guy if I felt they were being truthful, and they sounded interesting. My initial hello was always more than just a “hello,” making it clear I read their info and wanted to connect about something.

Online dating gave me the opportunity to get to know someone before even considering a date with them. If we hit it off for a while by messaging there was a much better chance we’d connect in real life. I had some unsuccessful attempts at dating. Then, I met the man I married on OkCupid.

Online dating gave me the opportunity to get to know someone before even considering a date with them.

By the time we met, we’d been messaging for a week, and I was very upfront about being demi. “Just so you know, I’m demisexual. I’m only attracted to people I have a deep emotional connection with,” I told him.

“That’s interesting! Okay!” He didn’t ask for more explanation. He didn’t pry. He didn’t even give a hint that what I had said was in any way out of the ordinary. My statement landed, and I didn’t feel weird. He made me feel secure in what I knew about myself. (He still does, every day.)

We talked for six hours on that first date. Our OkCupid compatibility score was 96%. He was the first person I ever kissed that gave me that butterflies feeling. When I have that random dream about having a new relationship or fling, oddly enough, it’s always with him. I never had those dreams before I met him. There are no weird random-celebrity sex dreams in my life anywhere, there never have been. And now, there never will be. That’s my personal demi bright side.

As our relationship grew I learned more and more about demisexuality. I became more open to the idea of identifying that way. My social circles grew and so too did my understanding of myself in relation to the common experiences of others.

When 2019 was drawing to a close, I didn’t make a typical resolution for 2020 and beyond. I made a promise to myself. From 2020 onward, I would be more forthright about my truths as a human being. One of those truths is, undoubtedly, my demi identity.