This a photo of my great-grandfather, Booker Howze.I never met him. In fact, my dad never met him either. He passed away when my grandad was barely a teenager. Over the past few years, I’ve spent some free time trying to discover as much about my…

This a photo of my great-grandfather, Booker Howze. 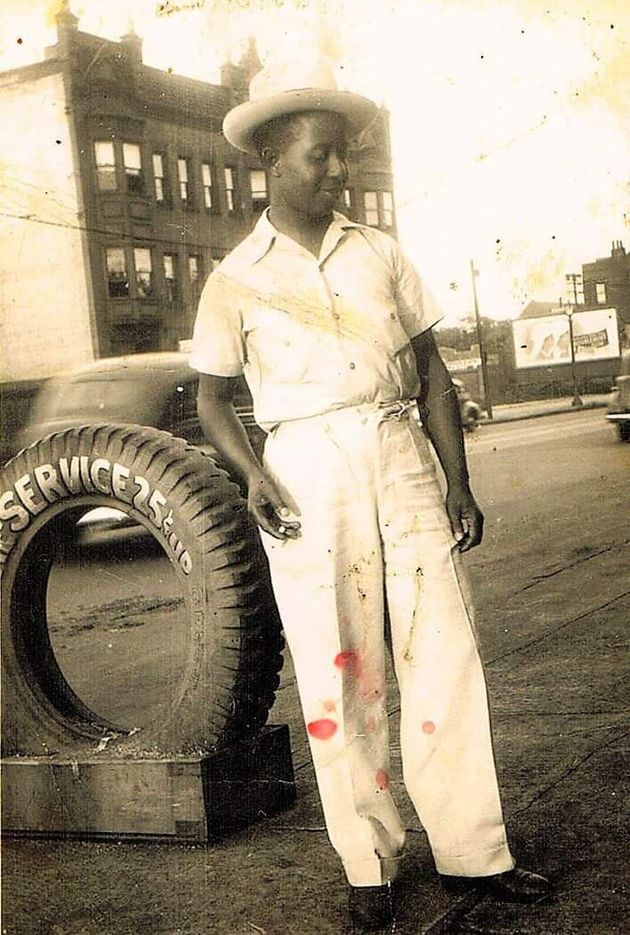 I never met him. In fact, my dad never met him either. He passed away when my grandad was barely a teenager. Over the past few years, I’ve spent some free time trying to discover as much about my family history as possible, connecting dots of information across yellowed, torn sheets of paper that contain snippets of the people who came together and thus produced me.

On one of the sheets of paper shown above is my great-grandfather’s name. A Mississippi native who went North during the Great Migration, he was arrested in Allegheny County, Pennsylvania (greater Pittsburgh), at the age of 24. His crime? “Suspicious person.”

Let’s pause for a moment and take that in.

My great-grandfather, at an age where most of us have barely graduated a college or snagged a decent job, was taken to prison because somebody felt he looked like a dangerous, dishonest young man.

When it comes to matters of race, I used to focus on how to fix it. My thoughts always consisted of things like, How do we solve it? Is there something new we could try? If everyone did one little thing, it could create a ripple effect. I grew exasperated at older relatives and neighbors and even peers who had grown “jaded” by the system, believing that they simply were choosing not to look on the bright side, insisting that their “complaining” and apathy was not how civil rights were “won.”

Then Trayvon Martin’s killer was left to walk free. And then cop after cop was not arrested, or arrested but not indicted, or indicted but not convicted. And then I understood. 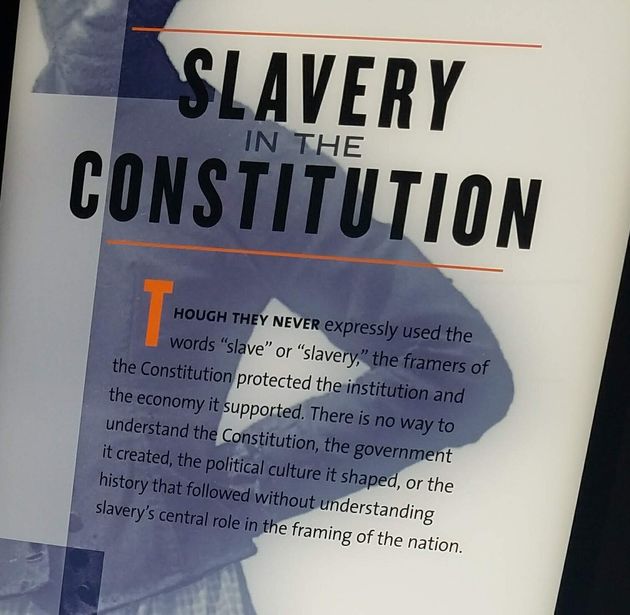 I discovered how modern policing has itsroots in slave patrols and not gun-slinging sheriffs in old Westerns as I’d once believed. Through research like the1619 Project and the ”Mere Distinction of Color” exhibit at Montpelier, I finally realised that Africans were enslaved long before ― hundreds of years before ― the Constitution was even written, which means, of course, that when it was “signed, sealed and delivered,” it was a lie. White supremacy is just America’s big brother. Although they’re always trying to be better than him, they learned everything they know from his example.

When I realised these things, my feelings changed.

Black Americans have consequences for our actions that are almost always potentially equal to our life. Try to pay for groceries with a counterfeit bill in the middle of a pandemic that’s left half the nation economically deprived and you end up dying in the street for the world to see. Play for your music too loud with your friends and a random guy can shoot you in broad daylight.

Yet on the other hand, calling the police on someone who’s done nothing illegal and who hasn’t harmed you could lead a white person to lose their job, take a hit in their reputation, and have people say that’s gone too far. To think that threatening or harassing someone based on race or prejudice should not have consequences is ludicrous. And it’s privilege.

Breonna Taylor, the 26-year-old EMT who was shot and killed by police in her apartment this March, did nothing to merit consequence. The police were looking for a man who had already been arrested earlier that day. They allegedly entered Breonna’s apartment without announcing themselves (known as a no-knock warrant) in the middle of the night and shot her eight times. Her boyfriend ― thinking the officers were intruders ― fired back in an attempt to protect them and was charged with attempted murder. It took weeks for those charges to be dropped.

I keep thinking about this young woman, my age, with dreams and aspirations, who probably had a long day at work and was finally in the comfort of her own home, with the person she loved. Who went to sleep thinking about all the things she had to do the next day, probably hoping she didn’t catch COVID-19 at work, but instead ended up shot dead in her own bed. By men who are sworn to protect and serve the community. And for what reason? That could’ve been me, a friend, a relative. Why would that ever be OK?

We, Black people, do the work of fighting for justice because we care about one another. We defend our humanity the way your gun-toting neighbors defend their rights at every moment’s notice. But ultimately, I now see that this is not our battle alone.

We can seek justice after the fact. We can march for integration into communities that would rather move out of their homes than live across the street from us. And yes, we might change a few words in a few laws.

But marching doesn’t end racism. Smiling, speaking the King’s English, getting fancy degrees, pulling our pants up ― none of it ends racism.

Racism exists because white colonists decided hundreds of years ago to dominate a land full of native people who were minding their own business and then to kidnap people from another continent to labor mercilessly without compensation for their economic gain. And every turn of events since, every snippet of progress thereafter, has been twisted to maintain the economic and social hierarchy that existed the day America became America.

I admit it, the idea of America is super cool. It really sounds amazing and yes, it’s a geographically and culturally influential and beautiful place. But America isn’t really America. Anyone who’s paid two seconds of attention to history knows America does not live up to its own standards, and its ideals of things like unalienable rights certainly don’t apply if you’re not white. Where were the rights of all the men, women and children throughout history whose lives were taken for nothing?

If America was indeed America for everyone, we wouldn’t have to beg for our life in the street only to have it taken anyway. We wouldn’t have to argue on Twitter about whether or not someone deserved to live based on what they did during a 2-minute or 10-minute video.

Today I am not tired, disappointed or hurt. I am angry. And I’ve been thinking a lot about what to do with that anger. I’ve been thinking a lot about what to say to white friends who are reaching out and to people on social media who want to be an ally. In the past I would’ve thought it’s time to educate, but I am not in a period of my life where I feel compelled to do so. I’m sharing as much love as I can, appreciating the support, but I know everyone has to do this work for themselves.

So if you are a white person looking at a Black person like, How do I join the fight? I want you to know that joining the fight is just the beginning. There will be conflict, but it’s worth it. This is a long haul. You will need to take the mantle in spaces in which we have little influence. You need to make this your priority. It’s your turn to be angry. It’s your turn to be dissatisfied. You need to hate racism and inequality. You have to take the time to understand exactly what those things are and how you play a part. You need to pull up, read the books and check your people when opportunity arises.

If you’re thinking, “I’m not racist, I’m not prejudiced, I’m not biased.” You are. On some spectrum. And here is how I know.

I grew up surrounded by Black history. I was homeschooled and stayed largely untouched by the more direct effects of racism and prejudice in the educational system. I was raised by two educated, involved Black parents who taught me to be proud of my race. And I still left home with stereotypes and prejudices about Black people. With ideas passed down to me by mainstream media and relatives and images that taught me to think a certain way about “kinds” of Black people, based on their hair or their name or what they listened to on their iPod, as if that somehow told me their story or correlated with their intelligence. Thankfully, my interactions with people shattered all those assumptions.

But if I thought that way about my own people, how much more does a white person in a white American family feel about my people?

It’s time to dig down and open up so you can heal and help others to heal. I’m proud of everyone who’s already doing that.

If you’re Black and you’re reading this and needed to hear that too, it’s OK. You may not find yourself receiving a gold star for doing this at first, because it’s a bare minimum to advocate for human respect. But it’s appreciated.

Otherwise, we’ll just be over here telling our kids and grandkids what to do around police, how to be prepared for their white friends to say something insensitive, urging them not give up on life or God or their future because of what they see on the news. Black people will keep doing that 100 years from now and white people will keep saying, “Oh, wow, this is still happening.”

Or you can change that.

We do not live in separate worlds, although it often feels like we do. We live in the same country with the same news, it’s all a matter of whether you choose to take action.

If you want this to stop happening and you’re white, this is your fight too.

This requires your courage and conviction.

This is your demon to kill.

What you do in times of crisis reflects your truth.

Candace Howze is a North Carolina-based writer, podcaster and multimedia artist. In her spare time, you can find her listening to music, baking or online shopping. Find her on Instagram and Twitter.

This article was originally published on HuffPost US.

READ:  US Secretary Pompeo urges allies to step up funding to fight ISIS