There is a moment burned into my memory.It’s the 1970s and I am a teenager. The TV is on in the living room, my parents are in their recliners, and I’m sitting on our brown plaid sofa. We are watching Barbara Walters interview Anita Bryant,…

There is a moment burned into my memory.

It’s the 1970s and I am a teenager. The TV is on in the living room, my parents are in their recliners, and I’m sitting on our brown plaid sofa. We are watching Barbara Walters interview Anita Bryant, a prominent anti-gay activist.

Walters asks Bryant what she would do if her child came out as gay. Bryant’s response is immediate and harsh: She says she would disown her child.

I don’t remember exactly how Walters responded, but it must have been with something like disbelief, because my father, referring to the news anchor, said, “She just can’t understand that, can she?”

My family attended a fundamentalist church whenever its doors were open. They preached that God loved everyone ― except homosexuals. Gay men and lesbians were irredeemable. There was no salvation for me. There was no love for me.

I finished high school still deep in the closet and chose to attend a fundamentalist-affiliated university. The closet there was very big and contained many students. I know this because looking back, I realize that many young men made passes at me. Sadly, I was so scared and repressed that I honestly didn’t understand what was happening at the time, but now I can only smile at my naiveté. If I had known then, I’m not sure how I would have reacted. 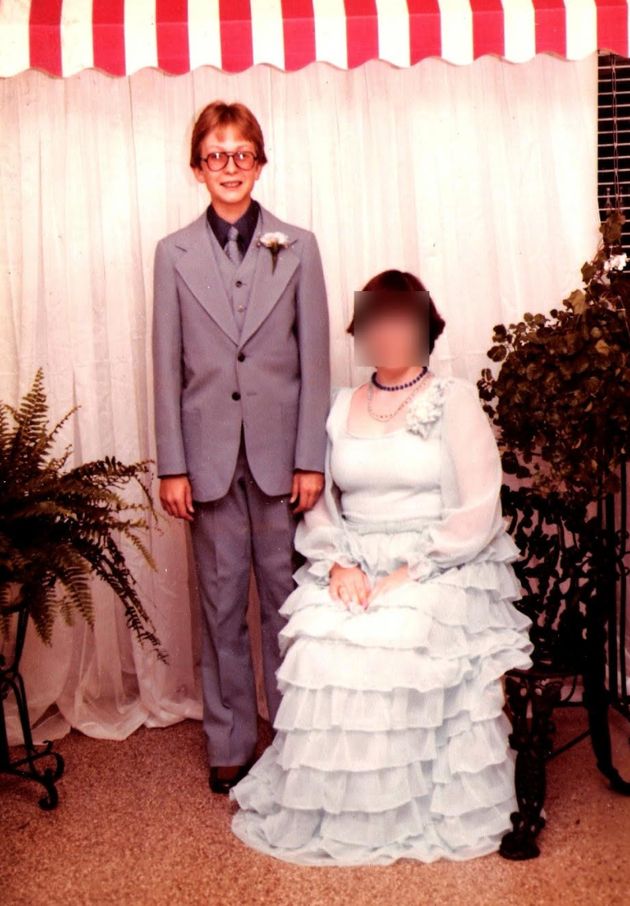 But one supposed vice that I did embrace while at that religious college was drinking. I loved it. I was sure I seemed sophisticated holding a glass of liquor, but, even more importantly, drinking allowed me to stop worrying about my sexuality, at least for a bit, and that feeling was heavenly. I had found serenity, I thought. But what alcohol really gave me was a new way to continue to repress my sexuality ― a new way to hide from the world and convince myself that it couldn’t see who I really was.

I reached the pinnacle of repression when I married a woman. I honestly loved her. She was and still is a wonderful woman. We lived together for many years and parented three children, all while I continued to drink. And drink. And drink. I was miserable, and at some point, the martinis just didn’t bring joy or peace ― real or pretend ― anymore.

I realized that all those years of drinking were killing me. I was killing myself. The tragic part was that I felt so low, I really wished for death. I just couldn’t take it ― any of it ― anymore, and I clearly saw that I had to end the life I had been living one way or the other. So, in 1998, when I was 35 years old, I came out to myself and my wife.

READ:  FBI Warns Of ‘Armed Protests’ At All 50 State Capitols In Lead-Up To Inauguration Day

My wife reacted with love and told me to find myself. I didn’t immediately tell our children since they were still very young at the time.

In 1999, I joined Alcoholics Anonymous and began the work of cleaning up my messy life. Thank heavens for the joy and support I found in those meetings. I was finally facing who I really was and accepting it. Sometimes I was even able to laugh at myself. I was gay and always had been! Who did I seriously think I had been fooling by pretending otherwise? But I had fooled many people, even myself, and it felt incredible to no longer spend all of my time and energy keeping up that facade. It was also at AA that I first reveled in drag, and my alter ego, Miss Constance Havoc, was born. Then, in 2000, my wife and I separated, a necessary but still gut-wrenching event for both of us.

In 2001, I called my mother and came out. She was horrified. She didn’t say anything about how this would affect my relationship with my father and her, but she was very upset. I always assumed she told my dad, but I never directly asked. For the past 19 years, I never thought my dad didn’t know I was gay. Our weekly phone calls continued as they always had, although I never overtly mentioned any of the men I was dating. I thought that I was keeping the peace and that because I wasn’t discussing my new life with him, he was too.

It never occurred to me that my mother had kept the truth about my sexuality from my father.

At one point, I lived with a man and my mother even met him. She was polite but distant, and whenever she was in the same room with him, she almost held her breath. Still, it never occurred to me that my mother had kept the truth about my sexuality from my father.

At some point in the last two years, my niece gave my father an iPhone, which he was especially excited to learn to use so that he could receive photos of his great-grandchildren. From there, it was only a matter of time before he joined Facebook and, I’m assuming, discovered my profile, which shows me as an out and proud gay man.

My heart was pounding harder than I imagined was possible. My vision blurred. I felt like I was being physically attacked. Before the call ended, my father added, “Am I making myself perfectly clear?” I told him he was and hung up.

One of my daughters, who was visiting me at the time, cried when I told her about the call. She immediately began to consider how this would affect her relationship with her grandparents. I texted my other children, my therapist, my psychiatrist and a few more people I am close to. They immediately offered me their support. My son was in such disbelief that I had to repeat what had happened several times. My other daughter was also upset and reassured me that she loved me. Everyone I reached out to was shocked, but they also made it clear they wouldn’t abandon me. They all wanted me to know that despite my parents’ rejection, I am loved unconditionally by them.

Because I came out as a grown man, I hadn’t faced many of the difficulties that other LGBTQ people face early on in their lives. Being disowned by my parents had such an unbearable weight to it. It felt like I was boxing and got punched right in the head, and now I was out cold on the mat.

Over the following weeks, I had nightmares and they all involved my father. I took a few days off from work. I switched to weekly therapy sessions and monthly visits with my psychiatrist. I started attending AA meetings again, and when I revealed what had happened, the other members of my group were all supportive.

By late April, the nightmares stopped. I went on a handful of dates with a new man I’d met and we’ve been texting daily while we’re separated by our state’s COVID-19 stay-at-home order. I’m working from home and the break has actually been good for me. I can work at my own pace. My life feels like it’s on an even keel for the time being.

Of course, not everything has felt good. At one point my 24-year-old daughter called me in tears and asked if I would ever disown her. She honestly wondered if she could do something that would cause me to stop loving her. I began to cry too as I made sure that she knew my love for her is and always will be unconditional. I do not know if I can ever forgive my parents for the trauma they have inflicted on my children.

Ultimately, my children have been the key to beginning to heal. This experience has made it clear that I have a relationship with each of them that cannot be broken by anything my parents have done or may do in the future. My children accept me completely, and I feel grateful that I’m able to share my life ― and who I really am ― with them. I tell them about the men I date. They’ve seen me perform in drag. And, I’m happy to say, they tell me about their lives too. We don’t judge each other and we hold each other in the highest regard.

READ:  More than 1100 call on Trump-appointed attorney general to resign

My 24-year-old daughter called me in tears and asked if I would ever disown her. She honestly wondered if she could do something that would cause me to stop loving her. I began to cry too.

Recently, I had a chance to talk to my oldest friend about being disowned at the age of 56 by a 90-year-old man. “It’s ridiculous,” we both said at the same time. As I continue to heal, I am less shocked and less hurt and, really, all I can think is, this is ridiculous. I’m an independent adult. I have a full life. I’m finally able to be who I really am. What could my father possibly think he’s accomplishing?

Then, just a few weeks ago, the most beautiful thing happened.

My mother, who is suffering from dementia, sent me a card for my 57th birthday. It was obvious that my father had nothing to do with it. Inside the card, there was a note that read, “We love you.” There was no preaching. No venom. And, even more incredibly, it was the first time in my life that she used the word “love” without being prompted. Because of her dementia, her critical self has disappeared and, at the age of 89, it appears she’s turned into the loving mother I never had.

Sadly, I do not feel I can reach out to her. My father would intercept anything I sent her, and he always answers the phone so I can’t call. But I’m going to keep this beautiful card as a reminder that somewhere inside of her, she holds love for me and that, maybe, it’s never too late to find and receive and send out love into the world ― exactly as you truly are.

Despite everything we’ve been through, that feels like a gift. I think I’ll accept it.

Jake McPherson trains certified peer specialists in mental health. He brings hope to those living with mental illness by providing them with skills to return to work and enhance their own recovery with evidence-based tools.