“Girl, I just need to say this out loud…”I’m part of a group that meets every week. Four of us in the group are black women in relationships with white men. After the details of the March killing by police in Louisville, Kentuc… 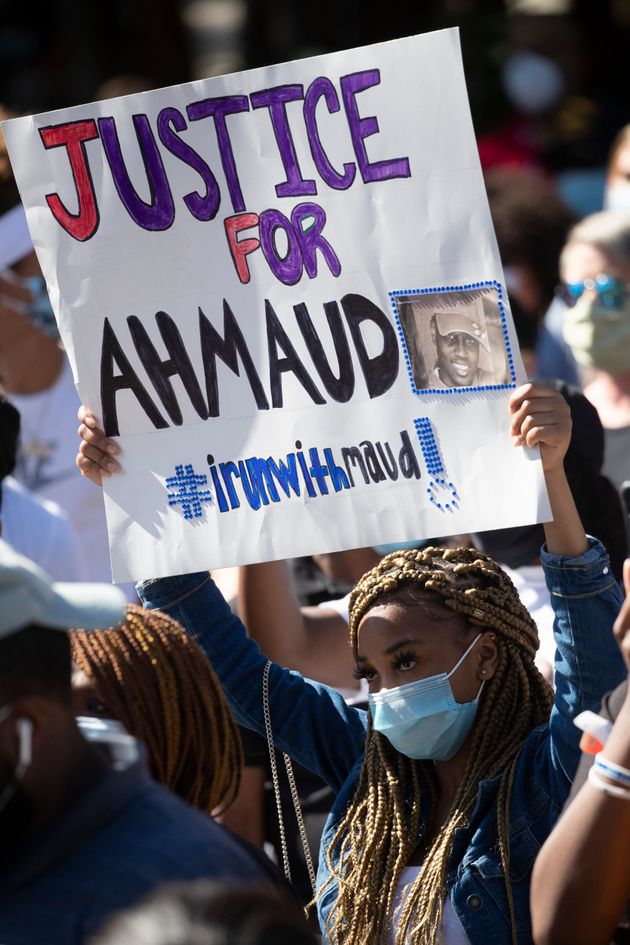 “Girl, I just need to say this out loud…”

I’m part of a group that meets every week. Four of us in the group are black women in relationships with white men. After the details of the March killing by police in Louisville, Kentucky, of Breonna Taylor in her home in a botched raid were brought to light last week, we held kind of emergency meeting. We needed to talk out our grief, anger and despair. And we need to ask some questions that we wouldn’t feel entirely safe posing in any other space.

When black people are killed in incidents like this, how can we be angry or afraid of white people when the men that we love are white people? How can we properly mourn the loss of a black person who has lost their life or their freedom while sitting next to someone who can never know that deep-seated grief or that fear? How can we share these feelings with our men without alienating them or without them feeling like they need to fix or change anything for us?

Scott and I were bonded from the first hour that we met. Twelve years ago. While checking in to an Arizona rehab.

I was a wreck, unable to stop drinking and taking pills. I was also in the middle of a divorce and trying desperately to get well for the sake of my two young sons. He didn’t try to fix me. Rather, as a newly sober, divorced father of two young girls, his very presence simply validated what I was feeling.

Throughout each of our 28 excruciatingly long days there I leaned on him and he let me. A month or two after we’d each gone back to our respective homes (I live in Los Angeles, and at the time he lived in Park City, Utah), he started drinking again. This time he leaned on me until he was finally able to get sober a few months later.

READ:  US could face 'darkest winter in modern history' without vaccine plan

So many other things we’ve shared have solidified our bond ― sacred things. Like me standing sorrowfully at his side while watching both of his parents pass away a few years apart. And him, coming over during those first incredibly painful years after my divorce, making me laugh through my tears and holding me in his arms when I couldn’t stop crying.

If our friends and families thought it strange to see a white, blond-haired, blue-eyed outdoorsman so indelibly connected with a black, natural-hair-wearing, former entertainment publicist, they kept it to themselves. Eventually, everyone seemed to accept without question what had become evident to Scott and me from the very beginning; despite outward appearances, we just fit together.

The way his eyes crinkle when he laughs is a salve for my soul. He is the kindest man I’ve ever met (sorry Daddy, but it’s true), and I rely on him wholly and utterly.

I don’t exactly remember the first time I sensed that societal divide in our relationship. Was it in 2012 when Jordan Davis was murdered in Jacksonville, Florida, by a white man for playing his music too loudly? Or it might have been in 2014 when Michael Brown was slain by a policeman in Ferguson, Missouri ― a killing that sparked widespread riots in the area.

With each passing incident, certain facts of our shared life begin to feel more important. The rooms of recovery where he and I have sought refuge for the past 12 years are primarily white spaces. Our shared friendships are mostly with white people. Our conversations and the codes that we use to communicate with each other are those commonly found in white American culture.

The longer we are together and the more acts of violence that take place against black people, the more I’m surprised by how I want/need to share those experiences with someone who, like me, understands these injustices at a cellular level. I want that someone to be the man that I’ve chosen to spend the rest of my life with. And even though I know it’s not possible, I want that someone to be Scott.

I need to be clear here, this is not about how Scott reacts to these incidents. When black people are murdered and terrorized, Scott is outraged, defeated, and afraid. It’s not that we see these injustices differently. I have never needed to convince Scott that black lives matter or why such a movement is necessary in our country. When Ahmaud Arbery was killed in February in Georgia ― a shooting that only belatedly resulted in the arrest of two white men earlier this month, and than a thrid Thursday ― it was Scott, not me, who went for a run on Arbery’s birthday, posting the miles he ran on social media in solidarity. The more Scott listens patiently and tries to learn and understand how he can be an ally, my heart wants to burst open with pride and relief. He cares, he really does.

But whether or not he cares doesn’t negate the fact that these acts of violence aren’t happening to him. When we see alcoholics being stigmatized, or divorced parents being villainized, we say, “Look at what’s happening to us!” But when it comes to matters of race, all at once, we can’t be a “we.”

Whether I’m at home sleeping, walking, driving, shopping or working, being black in this country means risking my life daily. And while being white in America isn’t without risk, I have yet to see people here hunting down and murdering white people in cold blood because of their race. And even if it did happen, it is still different, because the system we live in is designed by and for white people.

READ:  'Leave my family out of it': Andrews responds to social media taunt

And to be honest, at times I’ve resented that Scott will never have to worry about the safety of his blond-haired daughters the same way I have to worry about the safety of my sons. And then, of course, I feel instantly guilty because it’s not Scott’s fault that we live in a country where two different realities exist for our families like ours. If I’m not careful, I know that these feelings could create a divide in our relationship that I won’t know how to bridge.

I’m grateful for my little affinity group, as I need to process these things as they come up. Otherwise, the fact that Scott and I don’t share a racial identity has the power to put us on separate sides of our sofa every time a tragic story about a black person is in the news.

There are times when I’ve felt bad for white folks who have been chastised by black people for saying the “wrong thing” while trying to be supportive when racism rears its ugly head. Scott and I have never had the kind of relationship where we edit what we’re feeling.

Still, of late I can feel myself shutting down when I’m angry about the black shooting du jour. I need to be able to scream, sigh or cry when people who look like me get murdered. And whether Scott says the “wrong” thing or just puts his arms around me, I’d really like, as my friend Beverly says, to receive his efforts to connect. I want to keep leaning on him, just like I’ve done from the beginning.