When I spent $100,000 earning two degrees, I never imagined I’d end up working as a cashier at my local grocery store but I needed the job.A year earlier, I’d left my corporate marketing job. While working there, it seemed as if I was worki… 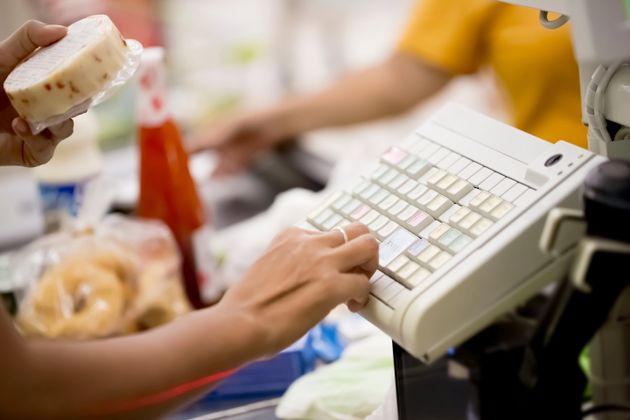 When I spent $100,000 earning two degrees, I never imagined I’d end up working as a cashier at my local grocery store but I needed the job.

A year earlier, I’d left my corporate marketing job. While working there, it seemed as if I was working to pay for child care and little else. I also struggled to be there for my kids’ sick days and school events. But my year off had nearly broken our family financially, and I needed to return to work.

I needed to find a job that I could do at night once my husband came home. That way we’d eliminate our child care costs entirely and I would still bring in some extra money to help ease our other financial burdens. That’s what I was offered by a grocery store located in the affluent town we could barely afford to live in.

The store hired me the same day I applied, and a week later, I began working as a night cashier. Simple, I thought as the training supervisor showed me how to greet customers, find produce codes and ring items.

Two weeks after I started, the shift supervisor came over.

“Hey, your ring times are a little bit low but we’re going to get them up,” he said, pausing before adding, “But you’re great with the customers.”

He was trying to be kind, but I was mortified. The idea of being corrected by a 19-year-old kid I was old enough to have mothered stung. I managed to convince myself that ring times didn’t matter and then I cried the whole drive home.

“Nicole?” I heard a customer say at the beginning of my next shift. The tan woman placed her groceries on the black belt, a mix of party goods ― drinks, paper plates and snack foods.

“I didn’t know you worked here,” she continued.

She did know because I’d mentioned it the last time I dropped my son off at school. Maybe she’d forgotten.

“What a great way to get out of the house and away from the kids for a bit,” she said.

I remember that day I’d pushed a couple of coupons I intended to use under a bag of rice, hiding them, when I saw this woman approach. I hated that I had moved to the other side of the register and was now serving her.

Months before, we’d greeted each other in the checkout line as we discussed a school fundraiser she was organizing. She didn’t need to work. Her family appeared to live well as a single-income family. I remember that day I’d pushed a couple of coupons I intended to use under a bag of rice, hiding them, when I saw this woman approach. I hated that I had moved to the other side of the register and was now serving her.

I stopped listening to what she was saying and instead focused on ringing up her purchases, while I listened for the beeps. I didn’t want to double-scan any items or go too slowly. I could be friendly or I could be conscientious ― I wasn’t capable of both. This, I realized, was the reason for my slow ring times, so I’d have to give the customer less of me and give the scanner more. I couldn’t believe how awful I was at this.

I waved without explaining that this job was not a way to escape my kids, but a necessity. It allowed me to work nights and make money I desperately needed to pay bills. Like many of the affluent customers we served, I don’t think she could understand.

As the next few weeks went by, I did my best to bring up my ring times and even tried to memorize some of the produce codes. My co-workers helped, including the young supervisor. But I still found myself hiding when mothers I knew walked by. While I couldn’t shut my light off and pretend my lane was closed, I did other things.

“Can I run to the ladies’ room?” I’d ask the supervisor on duty. I tried to flag down another shopper so they’d get into my line before the lawyer mother I knew who had just returned from a weekend of skiing did. I didn’t want to ring up her organic dragon fruit or imported cheese.

If all else failed, I’d offer to wipe down the registers or handle returning items to the shelves, which, of course, was also risky. There was always the possibility of running into someone I knew in the aisles. Then I would be forced to listen as they droned on about their latest vacation, or worse, asked me where something was. I’d have to admit I often didn’t know because I worked at the front of the store instead of in the center.

“I’m a writer,” I told a random man one day, though he never asked. He was purchasing an expensive bottle of liquor. “Please don’t put the bread on the bottom of the bag,” he said and returned to his phone call. He never looked at me, not once, throughout the entire transaction.

I was capable of more than ringing and bagging his groceries, I wanted to shout, hopefully jarring him from a call too important to allow him to acknowledge a fellow human being ― me. Instead, I looked at my growing line and thought of my ring times. I’d just have to make the next customer understand: I was not just a cashier. This was not a real job for me. I pushed the button to move their items down the belt and allowed myself to get lost in the hum of the store.

READ:  Footy teams, art gallery, courthouse all shut down due to COVID-19 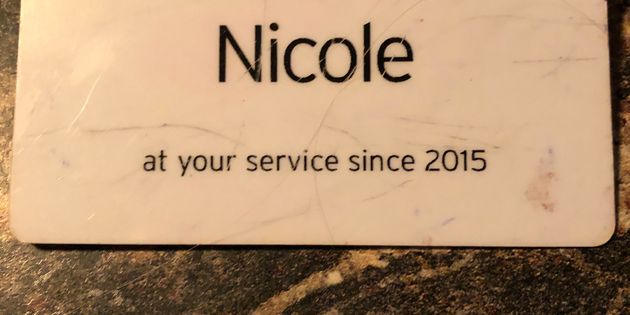 I worked mostly nights and Sundays. Sundays were the worst because they were the hardest days to hide. It seemed like every family I knew shopped after church or their kid’s sporting events. And it was on a Sunday that I broke down.

It was not a grand display of wailing and moaning. Instead, I cried silently as I pushed the metal carts. I slid one into another, creating a chain that I jammed into the nearest corral while weaving in between customers and cars. It was Mother’s Day and I’d forgotten to put in for the day off. People rushed past me in their cars, the rain lifting off the pavement and soaking the Day-Glo vest I was forced to wear whenever I did cart duty. How the hell did I wind up here, I asked myself as I wiped at the tears I tried to pass off as rain on my face.

As I stood in the parking lot, soaking wet, I was finally able to admit what I’d tried so hard to hide ― both from others and myself: I was embarrassed by my job. A job that was supposed to be a bump in the road for me. I was 40 years old and had a family at home. After spending thousands of dollars earning my degrees, I never imagined I’d end up pushing carts in the pouring rain. I shopped at this store ― I wasn’t supposed to work here! I took my vest off and headed inside.

“You OK?” one of my co-workers asked. She had worked her entire career in the store and could tell that I wasn’t remotely OK. “Don’t let the customers get to you,” she said, placing an arm around my shoulder and leading me toward the break room. “There’s free pizza and salad today. You look like you could use some.”

These were the people that I worked with. They brought me bags of their leftover school supplies for my kids. They offered me advice on marriage and parenting. They shared my love of horror movies. And it killed me to realize that the whole time, while I tried to profess my merits to customers who judged me, I had judged my co-workers.

“You, boy ― bag my groceries like this,” the woman said to the bagger I was working with at my register. “Hasn’t anybody taught you anything?” she asked while sighing loudly to the surrounding customers.

I was appalled. I wanted to tell her that the particular man she was belittling had escaped a war-torn nation to come here for new opportunities. She was looking down on him and it wasn’t right.

So many of our customers did this without knowing whom they were talking to. And as I handed her the receipt without meeting her eyes, it hurt me to know that I was once one of them. No, I never belittled them or acted rudely, but I did think I was better than them. Maybe it was the education or the house in the affluent town, the one I could barely afford.

These people offered their service every single day to so many people who judged them unfairly, who judged them based on their titles of “cashier” and “bagger” without seeing who they were ― working single mothers, kind-hearted retirees, teenagers saving for college, middle-aged college grads down on their luck. The people who served us our food, rang up our groceries and made it possible for us to do what we needed to every single day aren’t so different from us. They were more similar than I ever knew. I was just too wrapped up in myself and my own privilege to ever realize it ― until I became one of them.

As I stood in the parking lot, soaking wet, I was finally able to admit what I’d tried so hard to hide ― both from others and myself: I was embarrassed by my job.

I remained employed at the store for three years and only left because I eventually took a job in a local school working in special education. Recently, I popped in to pick up some groceries and saw an old manager.

“I miss working with you,” she said as she organized a display. “I miss you too,” I told her. And I meant it.

I’m not the same person I was before I took my job at the grocery store. I now know what it’s like to be on both sides of the register and I understand how hard that job ― and facing all of the judgments and misconceptions that come with it ― truly is, and it changed me. And I hope that no matter where I’m working or what I’m doing, I’ll remember what I’ve learned from that experience and all of the incredible people who shared so many of their days and nights and stories with me so I can continue growing and approaching and understanding the world in new ways.

Nicole Johnson is a freelance writer whose work has been featured on The Washington Post, Redbook, Parents, Ms., Scary Mommy, Your Teen For Parents, Yahoo, MSN and Vox Curbed. She is the creator of Suburban Sh*t Show, a site where she discusses the real and raw truths of motherhood, midlife, childhood dysfunction and marriage. Nicole is also a fiction writer and mother of four.