Why do people have affairs? If the Netflix hit Marriage Story is anything to go by, it’s because people are, well… people. Flawed and fallible, emotional and unsure. It’s perhaps not surprising, then, that 42% of marriages … 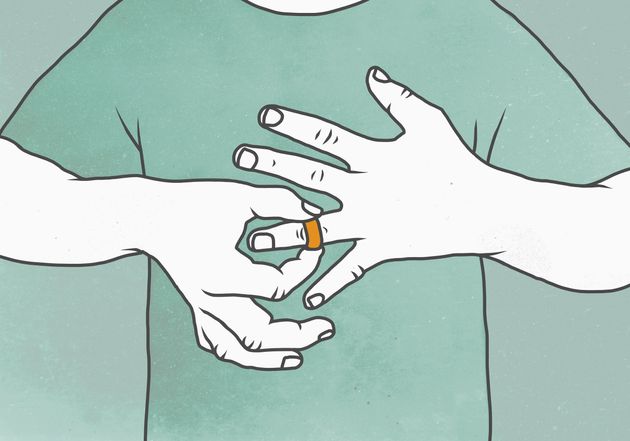 Why do people have affairs?

If the Netflix hit Marriage Story is anything to go by, it’s because people are, well... people. Flawed and fallible, emotional and unsure. It’s perhaps not surprising, then, that 42% of marriages end in divorce, according to statistics.

Chances are, if you haven’t experienced infidelity directly, you know someone who has. For some, an affair is an escape from a difficult relationship, one which they know won’t last. But for others – those in reasonably happy marriages with kids – it’s something entirely different.

These people often seek out another partner without ending their existing relationship – and risk losing their family. But why?

The people behind ‘married dating’ site, Ashley Madison, have some ideas. They surveyed 3,378 members about why they chose to stray, rather than seek a divorce. Nearly a third said it was because they didn’t want to break up the family.

Relationship expert and psychotherapist Lucy Beresford believes infidelity is seen by some as a way to “take a breather” from a marriage, to explore what’s missing. “Affairs are rarely about sex, and more about desire,” she says.

“A desire for attention, a desire to feel adored, or to feel special. An affair provides someone with the chance to find out who they can be, beyond the person they have become in the marriage.”

Psychotherapist Esther Perel agrees, and says infidelity happens in both good and bad relationships. Affairs can teach us a lot about marriage, she believes, as well as our expectations and what we feel we’re entitled to.

One thing’s for sure, there’s nothing more intriguing than the lives of others. We spoke to six married parents who’ve had affairs, to tell us why they did it.

Would they still do it, knowing then what they know now?

*Names have been changed to preserve anonymity. 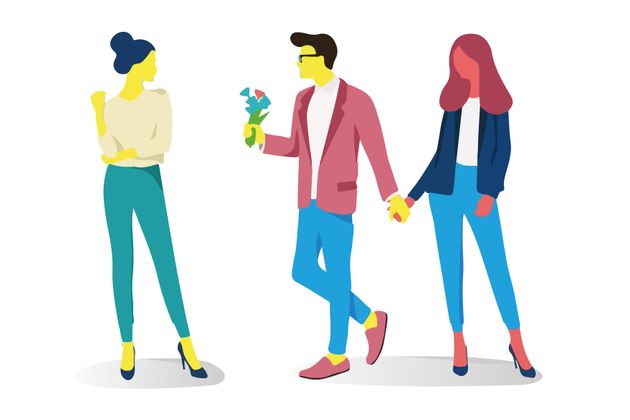 ‘I was rediscovering myself after having two kids’

*Jenny, 36, had been married for six years when she had an affair. Her children were three and one.

“We worked together and were in similar situations: kids the same age, a long commute, both feeling pulled in all directions. We bonded over that, as well as work, because we both had to deal with the same difficult people. We were probably looking for an ‘escape’ from reality.

“I was rediscovering myself after having two kids. Going back to work was liberating – I’d finally left my maternity frump behind and was part of the real world again. The affair felt dangerous and sexy – and so far from the rest of my life. I didn’t initiate, not physically, anyway, but I was the one who suggested we discuss a big piece of work over a drink rather than in the office. That in itself was quite exciting, even though I didn’t think anything would actually happen. We kissed, it was mutual. It didn’t go any further physically, but I was suddenly emotionally involved.

“Ultimately, these things always get complicated. We began to fall for each other. He admitted it first. Then I realised it could get messy. Luckily I was leaving that job anyway, which was part of the reason it felt ‘safe’ to let it continue, because there was always going to be an end. My husband went on my Facebook page and saw I’d searched for this person a few times. He had no other evidence of anything, but he went mad. That put a stop to anything further happening.

“I’ve seen this guy a couple of times since, just as friends. Nothing happened either time, but I could see how things might easily escalate again, were we to spend more time together. Sometimes, that chemistry just doesn’t disappear.”

‘Having kids is a major passion-killer’

*Becky, 42, is about to embark on her first affair with a man she met online. Her children are eight and 11.

“Having kids is a major passion-killer. The marriage becomes less about the two of you, and more about becoming a ‘keeping the kids alive’ team. The children become the priority and everything else begins to rot.

“I made an active decision to have an affair and joined a dating site. There were obvious reasons as to why I wanted to meet someone else: sex, wanting to be something other than a wife or a mother. But then there was also a whole, ‘wiping the slate clean’ kind of thing. I enjoyed the idea of being who I wanted to be, outside of my marriage – and seeing if people would be attracted to that.

“I’m wittier, more confident and sexier with these men online than I’ve ever been in real life. But I’ve also wondered if I want to go any further than the ‘organising to meet up’ phase... am I just an online pleasure seeker? Or will I go full-steam into a passionate affair? I don’t know, yet. I guess that depends on whether the man I’ve met is who he seems to be.”

‘Life felt devoid of meaning, I needed a reason to break out’

*Sam, 45, had been married five years when he had his first affair. He had his second affair 14 years into his marriage, when his children were seven and 11.

“I’d always felt like I was ‘faking’ being a grown-up and doing the things grown-ups are ‘supposed’ to do, like get married, because I was terrified of being alone. I didn’t have many sexual experiences when I was younger and therefore wasn’t mature sexually. I was resentful, sexually frustrated and feeling trapped in my marriage. Life felt devoid of meaning and passion and I needed a reason to break out. Both women were at the right place at the right time.

“The first woman made a move on me while I was drunk. I’d always been chronically shy and lacked confidence around women – but this time, I couldn’t resist her, and I didn’t. The second time, it was like being hit by a train. I wanted her so badly I had to push myself out of my shell just to get her attention. I didn’t realise it at the time, but I was looking for some kind of purpose, passion and meaning. We didn’t sleep together, but it was a full on emotional affair, and I was totally conflicted. When I got attention from her, the feeling was an incredible dopamine hit – it was blissful. But the flip-side was the guilt and shame I felt at home. When my wife found out, I also admitted the first affair.

“Even though things didn’t work out, the woman from the second affair allowed me to discover the confident side of my character and inhabit my skin in a much more satisfying way, despite the chronic losses I’ve suffered – such as not living with my children anymore. The outcome was separation and bewilderment. With hindsight, I’d still do it again – but I’d do it differently.”

‘I felt released from all the boring stuff of my life’

“I had an affair with someone I met at work who made me feel energised in every way – she was hot, funny, brave and brilliant. I was in a complicated home situation and work, which I put too much of myself into, was a place of relative calm. The woman was the high point of my week. I assumed nothing would ever happen, and my mind was blown when it turned out that it would.

“It was the first time I’d had a ‘proper’ affair, though I’d kissed people before. We went for a drink ‘as friends’ at a bar and I was bowled over when we started kissing over the table. I think it was a joint initiation, perhaps. I didn’t resist because it was incredible. I felt released from all the boring stuff of my life – it was like being 20 again.

“It brought me danger, excitement and passion, but ended rather abruptly when my wife found out and, rather than boot me out, used it to lock me into deeper into the marriage. I’m divorced now, but if I had the time over, I would do it all over again.”

‘My son wasn’t a baby anymore, and I wanted to feel vibrant, excited and alive’

“I’d had a couple of affairs before, but I didn’t plan them. This was more calculated – I wanted something fresh and new, so I joined an extra-marital affairs website. I knew it was risky, but I was so bored and frustrated. The ‘love’ was still there, but the passion had completely gone. My son wasn’t a baby anymore, and I wanted to feel vibrant, excited and alive. The man I met made me feel all of those things – and more.

“Having an affair feels like standing on the top of a tall building, looking down at the ground below and knowing that it’s probably going to hurt when you fall – but throwing yourself over anyway, simply for the thrill of falling.

“I don’t know how it will turn out, but I plan to make the most of every second that I have it. Life is short and precious. We should try not to hurt the people who love us, but we all need to live.” 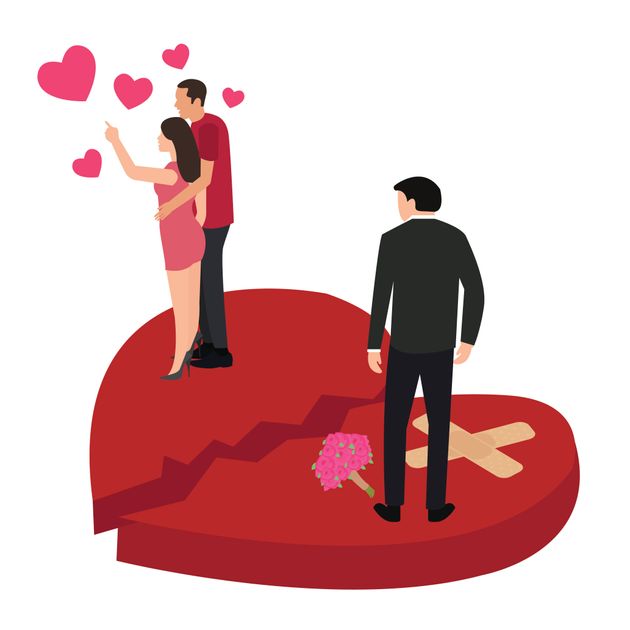 ‘To the outside world, I had everything. But I was bored’

“There were a number of reasons why I did it, but the main one was that I was bored with life. I knew I should be happy: I had a great job, a huge house, two cars, four children and an attractive, fun wife. The relationship wasn’t perfect but to the outside world, I had everything. My usual hobbies, however, weren’t giving me enough excitement. Something was missing.

“I was turning 50 and had some classic ‘mid-life crisis’ feelings about it. Then I met a woman 10 years younger than me, who was tall, slim, sexy and confident. She was ‘living life’ and ‘breaking the rules’. I’d always followed the rules, doing everything people expected me to do, so I was blown away that somebody like that wanted to spend time with me.

“We started talking over text, but it quickly turned to sexting. And it was amazing. It was like I was reborn. Nothing else mattered anymore. The thought and anticipation of getting a WhatsApp message from her, chatting on the phone, seeing each other, touching each other, sneaking a kiss, clandestine meetings, booking hotels, having sex – sometimes fucking, sometimes making love – talking openly about all of it. It was like I was suddenly this new person.

“At a time when my marriage had lost its sparkle, I found a soulmate – somebody I could be truly honest with for the first time in my life. But it got complicated. We fell in love and jealousy snuck in. We tried to break it off and keep away from each other, but we couldn’t.

“Eventually my wife found out and I admitted everything. I’m now getting divorced and living alone – it’s chaos, but it’s right that the marriage is over. I just wish I’d had the courage to break it off before anyone got hurt. There have been days when I’ve regretted having an affair, when I’ve wanted to cry and hit things. I’ve even thought about killing myself. But would I go back and do it all again? The answer is yes, because I found something vital: freedom.”