Caitlin Delaney delivered an emotional and confronting account of her battle with stage four ovarian cancer at Parliament House.

"On the inside, I feel like a dead woman walking."

Caitlin Delaney today delivered an emotional and confronting account of her battle with stage four ovarian cancer at Parliament House.

Prime Minister Scott Morrison, Opposition Leader Anthony Albanese and other parliamentarians were there to listen, as Ms Delaney spoke about a battle she likely won't win. 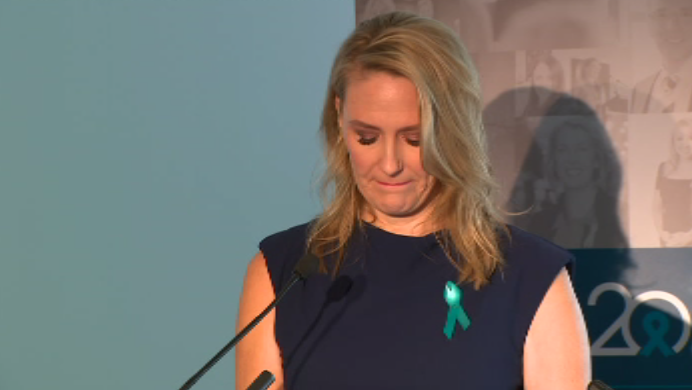 One thousand Australians die from ovarian cancer each year.

Ms Delaney said the mental torture of the disease was often worse than the physical torture.

"When someone tells you they have breast cancer, what do you say to them? You say, 'you can beat this, this is not a death sentence, there is hope, let's get to work'. I want to hear someone say that to me," she said.

The Federal Government has announced $1 million in funding to support more women through the psychological impact through Ovarian Cancer Australia's telehealth support program. 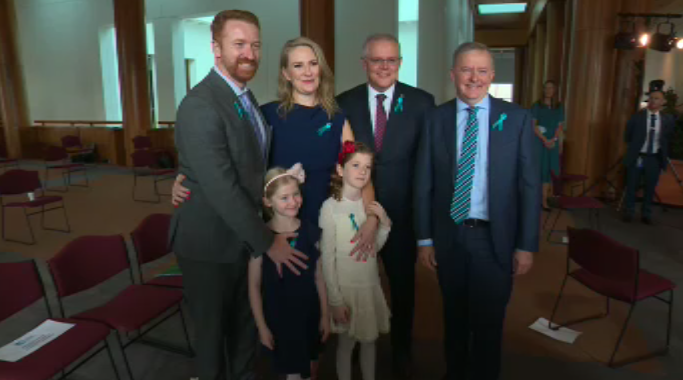 The government says it has invested more than $71 million for ovarian cancer research through the National Health and Medical Research Council since 2011.

"To think about my daughters reaching adulthood, adolescence even, without their mother, is unbearable," she said.

"To know they would reach adulthood in a world where ovarian cancer is not a death sentence, is something to hold onto.

"I am still here, I still have a voice, there are so many who don't anymore."

READ:  News legend 'Hendo' on cancer, family and 'the other side'