Caroline Flack’s boyfriend Lewis Burton has posted a tribute to the Love Island star following her death on Saturday. The TV presenter was found dead at her east London flat after taking her own life.She was due to face trial after being cha…

Caroline Flack’s boyfriend Lewis Burton has posted a tribute to the Love Island star following her death on Saturday.

The TV presenter was found dead at her east London flat after taking her own life.

She was due to face trial after being charged with assault following a row with Lewis in December last year.

On Sunday morning, he shared a picture of him on holiday with Caroline and paid tribute to the star.

“My heart is broken we had something so special,” he wrote.

“I am so lost for words I am in so much pain I miss you so much I know you felt safe with me you always said I don’t think about anything else when I am with you and I was not allowed to be there this time I kept asking and asking.

“I will be your voice baby I promise I will ask all the questions you wanted and I will get all the answers nothing will bring you back but I will try make you proud everyday.

“I love you with all my heart.”

Caroline stepped down from hosting the first ever winter series of Love Island after she was charged with assault following a row with Lewis at the flat they shared in London.

READ:  Boy praised for being 'brave' after getting fingers stuck in plug hole 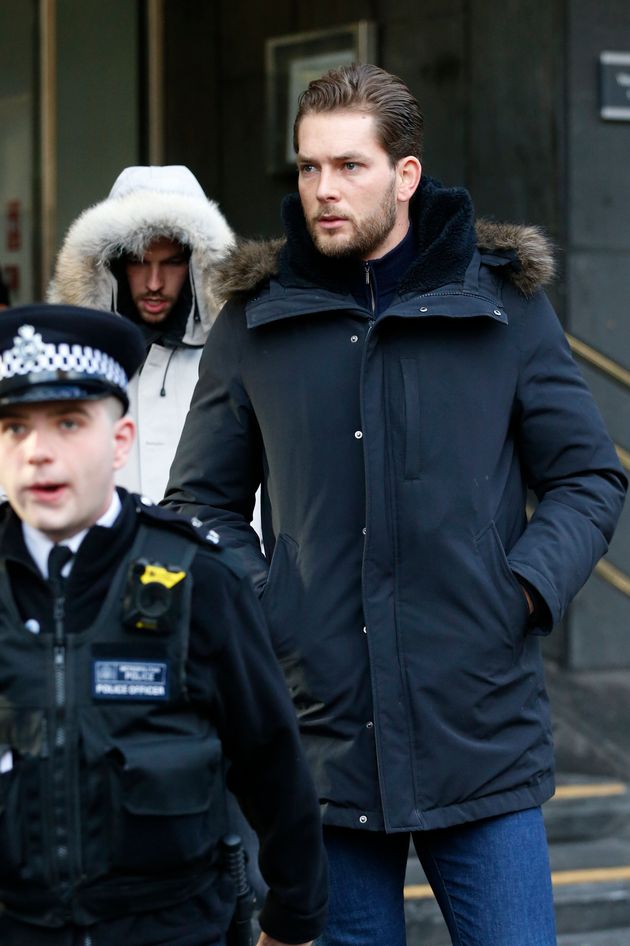 After the initial court hearing, Lewis insisted he was not assaulted by the presenter.

“What I witnessed today was horrible,” he said. “She did not hit me with a lamp. Arguments do happen every day in every relationship. Gutted I am not allowed to protect her right now.”

Their full statement reads: “We are devastated at the loss of our client and friend Caroline Flack.

“An immensely talented young woman who was at the top of her game professionally and loved by television viewers across the country.

“In recent months Caroline had been under huge pressure because of an ongoing case and potential trial which has been well reported.

“The Crown Prosecution Service pursued this when they knew not only how very vulnerable Caroline was but also that the alleged victim did not support the prosecution and had disputed the CPS version of events.

“The CPS should look at themselves today and how they pursued a show trial that was not only without merit but not in the public interest. And ultimately resulted in significant distress to Caroline. Our thoughts are with Caroline’s family at this time.”