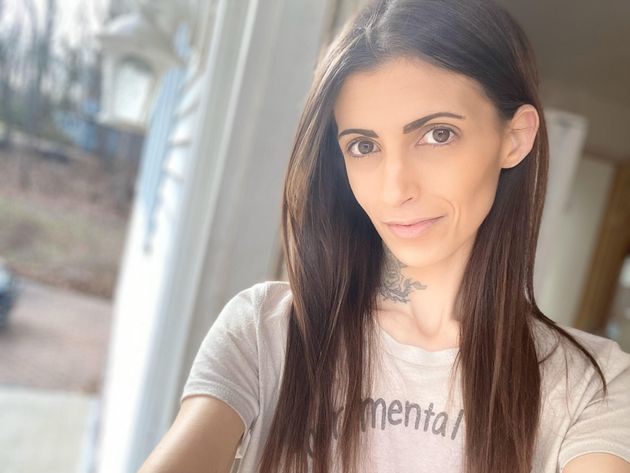 About six years ago, the quality of my life significantly diminished. Leaving my home ― my safe zone ― unfailingly caused a panic attack: a feeling of suffocation, heart palpitations, palms sweating profusely, and a bleak sense of foreboding. I am a 29-year-old woman with a 9-year-old child who fears venturing into the outside world, where the sun shines and the cool breeze caresses my cheeks. I have suffered from a variety of mental illnesses — including generalized anxiety disorder and major depressive disorder since I was 13 — yet myagoraphobia has proved to be most crippling.

It developed slowly over time. I didn’t go from attending Mommy & Me classes with my newborn to becoming a self-imposed recluse overnight. There were signs warning against my downward spiral, but I was blind to them.

But looking back, I can clearly see the pattern that became agoraphobia. Around 23, I was leaving home less and less. I lacked interest in activities I once found pleasurable. Coming up with excuses to get out of family gatherings was exhausting. When I went anywhere beyond my front door, I felt uneasy. When I did leave, I repeatedly checked the time, counting down the minutes until I’d pull into my driveway and feel safe. Within six months, I had my first panic attack inside a children’s clothing boutique. After that, I continued having these attacks every single time I left home — which meant I only did so when completely necessary.

I am a 29-year-old woman who fears venturing into the outside world, where the sun shines and the cool breeze caresses my cheeks.

But I wasn’t always like that. I grew up enjoying outings to the mall with my mom and sneaking out of the house to go to parties with friends. After my daughter was born, I watched as she happily played with her peers on the playground after school. She and I treasured the evenings where we indulged in greasy garlic knots and fed seagulls down by the docks. I’d have to say my life was relatively normal.

But now the anticipatory anxiety I endure preceding a trip to the market or doctor is irrefutably more daunting than the actual task. When I am obligated to run basic errands, a sense of terror floods my brain for days beforehand.

Years ago, I mentioned my aversion to going outside during a visit with my primary care physician. He said the probability of me having agoraphobia was high, but he was unable to make an official diagnosis because mental illness wasn’t within his area of expertise. He did give me two referrals: one for therapy, and the other for a psychiatric evaluation. I tossed them into the garbage; I couldn’t bear the thought of leaving my house weekly, even to see mental health professionals.

When I am obligated to run basic errands, a sense of terror floods my brain for days beforehand.

When I was 18, I started receiving Social Security Disability after my doctor wrote a letter stating I am incapable of working due to my anxiety and depression. I was allotted a monthly sum that is scarcely enough to survive on — yet I feel fortunate for having been approved, as so many people aren’t. I came up with a budget that allowed bills to be paid, and left room for necessities.

After three years of barely getting by with the money I had, my newly developed agoraphobia began to interfere with my budget. Far too often, I’d pay $30 for pizza delivery so I could remain housebound and avoid the supermarket. But $30 spent wisely has the potential to cover dinner costs for an entire week. Wastefully spending my measly income put my bank account balance in the negative well before my next direct deposit was due.

I suffered many consequences as a direct result of this condition: living off instant oatmeal for days, feeling ashamed at my failure to take my daughter on outdoor adventures, perceiving myself to be a disappointment, a relentless panicky feeling that I am unable to shake. I’ve always made friends with ease, but I’m not great at keeping them. When invited to grab lunch or coffee, I claim to be busy — when in reality, I’m sitting on my couch watching Netflix. I convinced myself that I’m better off without friends.

The only hobby I had came to a halt. I used to attend yoga classes every morning after my daughter hopped on the school bus. As my agoraphobia set in, my attendance reduced to two or three times each week. Then it was once a week, and eventually, I stopped showing up altogether. I do practice at home nearly every day, but it isn’t the same.

I have been fortunate in terms of romantic relationships. The people I’ve dated since developing agoraphobia were surprisingly understanding and supportive of my limitations. I disclose my mental health issues very early on, as I feel a potential partner has the right to know what they’re getting into. I would be invited to lunches with their friends or colleagues, and my continuous stream of polite rejections never caused offense or provoked arguments. Date nights consisted of homemade dinner and dessert at my house. Inevitably, I always ended up believing I was a burden, even though no one ever said so.

My 9-year-old daughter Simone has adopted symptoms of my phobia, too. Once, she didn’t fear going outside, but she no longer wants to. My dad has offered on many occasions to take her anywhere she wants, but she sweetly declines. My little girl possesses traits of an empath, “absorbing” the emotions carried by people in her presence. If I am depressed, I watch as the light in her innocent eyes proceeds to dim. I hate what mental illness has done to me, but observing the extent to which it affects my daughter is far more heartbreaking.

They say it takes a village to raise a child. In my case, this timeless cliché stands true. Simone takes the school bus to a small private school one town over. My father picks her up three days a week, and my mom pays for Simone’s school tuition, clothing and many of her toys, as my budget fails to cover even half the costs. I’m forever grateful for my parents’ help. I know I’m a loving, caring mother and that Simone loves me unconditionally but sometimes, these factors lead me to believe I’m inadequate.

I hate what mental illness has done to me, but observing the extent in which it affects my daughter is far more heartbreaking.

Four years ago, I scheduled an appointment for exposure therapy — a beneficial treatment for any phobia — because I no longer wanted my life to be dictated by this mental illness. After a few standard questions, my therapist confirmed my diagnosis, and explained how it works: Gradually exposing a patient to situations that provoke fear desensitizes them to the fear itself over the course of time.

The first month of appointments with my therapist were laid back. I’d vent. She’d listen. My jaw dropped during our fifth session when she encouraged me to walk down my driveway every afternoon for seven consecutive days. I desperately craved freedom from agoraphobia, and was willing to try next to anything to get better, so off I went. My heart was pounding as I staggered toward the end of my driveway. My yard was blurry, and I had tunnel vision. I kept glancing back at my front door, but resisted the urge to turn around.

The following session, my therapist raised the stakes. She told me to drive two miles up the road each morning. I can recall my hands clenched tightly on the steering wheel, shaking, as I took the scenic farm road adjacent to my street. Each week, I stomached a slightly more challenging assignment. I continued to expose myself to situations that made me nervous, and it was frightful. But at the same time, I was persevering and making breakthroughs — and I was damn proud! I still see my exposure therapist biweekly, preparing myself for what society would deem a normal life. Instead of maintaining the status quo, I was regaining mental liberation — something I once took for granted.

I try to embrace the fear and remind myself that I am safe. I have no interest in drowning in complacency when I deserve contentment.

Anyone who has a close relative with an anxiety disorder is at a higher risk of developing a phobia. I likely inherited this condition from my father, whom I deeply admire. He is brilliant, compassionate and encouraging. Because he and I face similar struggles, we have daily phone calls to discuss our hardships, which have turned into our own cathartic ritual, helping one another to feel less alone.

I have been making great strides toward prevailing over my irrational fears, which is, in essence, precisely what a phobia is. The combination of exposure therapy and medication has aided me in symptom management and I have been fortified by sustaining a consistent yoga and meditation practice. The more I exercise breath work during moments of peace, the better I become at implementing those same breathing techniques during a panic attack.

I now leave my safe zone when feeling courageous. I take my daughter to the movies, to get ice cream or to walk local nature trails once a week. The tension and anticipatory anxiety is still there, but I’m proud to say that I’m down to four panic attacks a month. I try to embrace the fear and remind myself that I am safe. I have no interest in drowning in complacency when I deserve contentment. Agoraphobia may be considered incurable, but it is treatable. And for this agoraphobic, I refuse to spend the remaining years of my life trapped in a box.

READ:  Millions of Australians to receive Jobkeeper payments this week