A mother has discovered hundreds of baby huntsmen crawling the walls of her daughter’s room at their home on Sydney’s Northern Beaches.

A mother has discovered hundreds of spiders crawling the walls of her daughter's room at their home on Sydney's Northern Beaches.

About 10am yesterday Claudia's daughter called her into her bedroom at Collaroy Plateau after uncovering the clutter, believed to be Huntsmen, behind curtains.

"There were some spiders on the window, and I pulled some curtains back," Claudia told nine.com.au.

She said behind the curtain on one side of the room was about 50 or 60 spiders.

Claudia's daughter then told her mother to look at the other side of the room where a larger clutter had gathered. 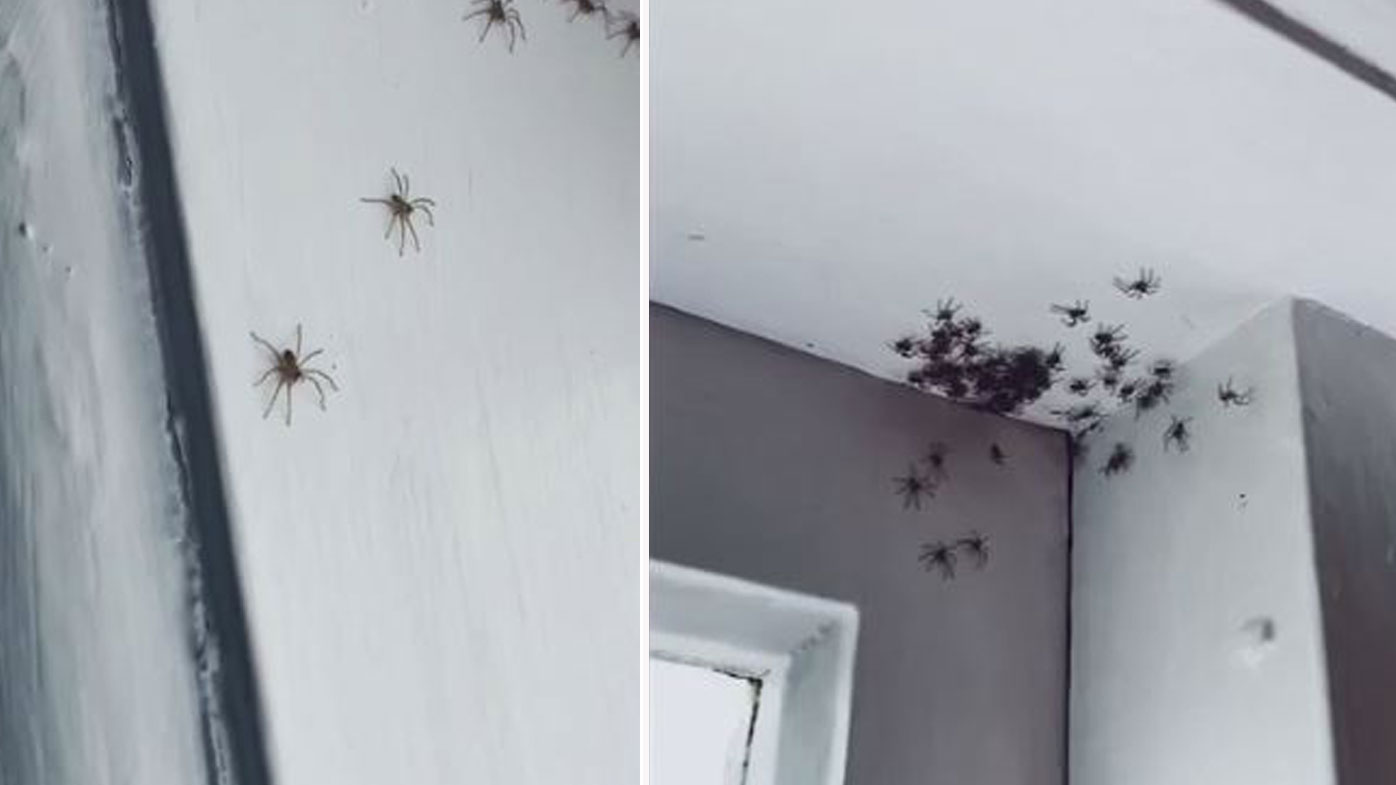 "We just left them there because they are baby huntsman, I actually like huntsman, so I was like, I'm not going to do anything," the makeup artist from Germany said.

"They're just going to walk away… let nature be."

Claudia said she tries not to panic in situations, however, the family did have a panicked moment when they attempted to leave the window open for the spiders yesterday.

The windy weather blew the spiders back inside, leaving some hanging on their webs. Claudia and her daughter then scrambled to collect them all with little glasses.

Today, the spiders left in the room had gone.

he incredible sight compelled Claudia to film the spiders and post it online. She said the response to her video has been "absolutely insane".

READ:  Man plants mysterious seeds sent from China to US

"People were like burn the house down, everyone was freaking out," she said. 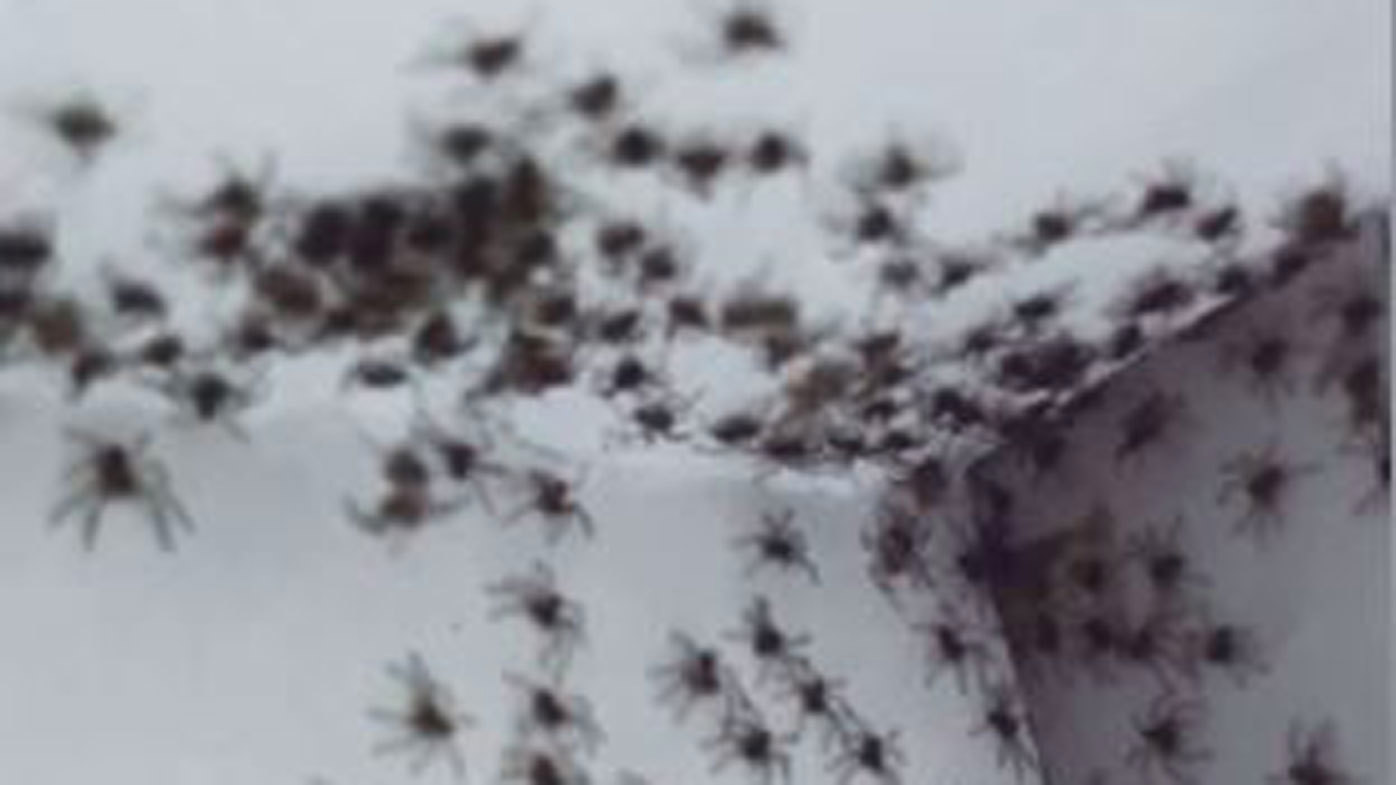 Comments to the spider video ranged from the popular suggestion to "burn the house down" and run to phoning exterminators.

While Claudia sees the humour in the suggestion to burn down their house, it's a little too close for comfort.

Her family home burnt down last year with friends setting up a crowdfunding page to help the family financially.

"We lost our house to a fire," she said.

A fire started in the garage of Claudia's previous home. It was a Sunday morning and she describes being woken up by "funny noises".

"I walked half asleep back to the house and flames coming in," she recalled.

"I screamed to the kids to get out, I screamed fire."

"It's been very traumatising, a lot of people were really helpful with accommodation… and furniture."