Two men detained by British immigration officials in Glasgow were released after a seven-hour standoff between hundreds of protesters and Scottish police.

Two men detained by British immigration officials in Glasgow were released after a seven-hour standoff between hundreds of protesters and Scottish police.

Scottish First Minister Nicola Sturgeon slammed the “unacceptable” action by Britain's Home Office to detain the Indian men, especially as it came during celebrations for the Muslim holiday of Eid al-Fitr, in an area hit by the pandemic.

The Home Office said in a statement that the men were detained "in relation to suspected immigration offences" and had been released on bail. 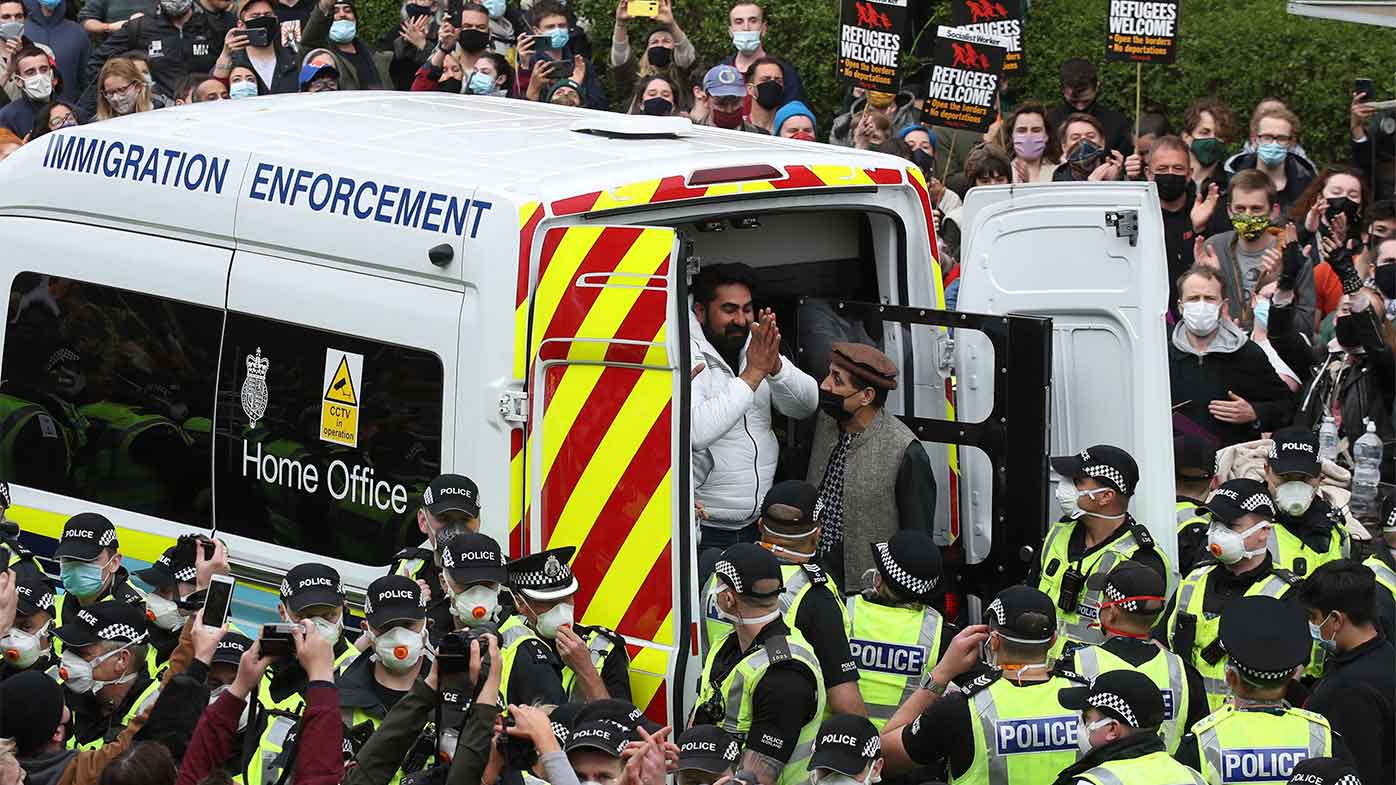 Ms Sturgeon said in a tweet that Police Scotland officers had been put in an “invidious position” after being called to support the Home Office operation.

“To act in this way, in the heart of a Muslim community as they celebrated Eid, and in an area experiencing a COVID outbreak was a health & safety risk," she said.

Police were first called to Kenmure Street in Glasgow, Scotland's largest city, at about 10am where the Immigration Enforcement van with the men in it was surrounded by protesters, including neighbours of the men.

One demonstrator climbed under the vehicle to stop it from moving, while others sat in the road. The crowd chanted “Leave our neighbours, let them go” and “Cops go home."

Police Scotland said the decision to finally release the men had been made “to protect the safety, public health and well-being” of all involved. 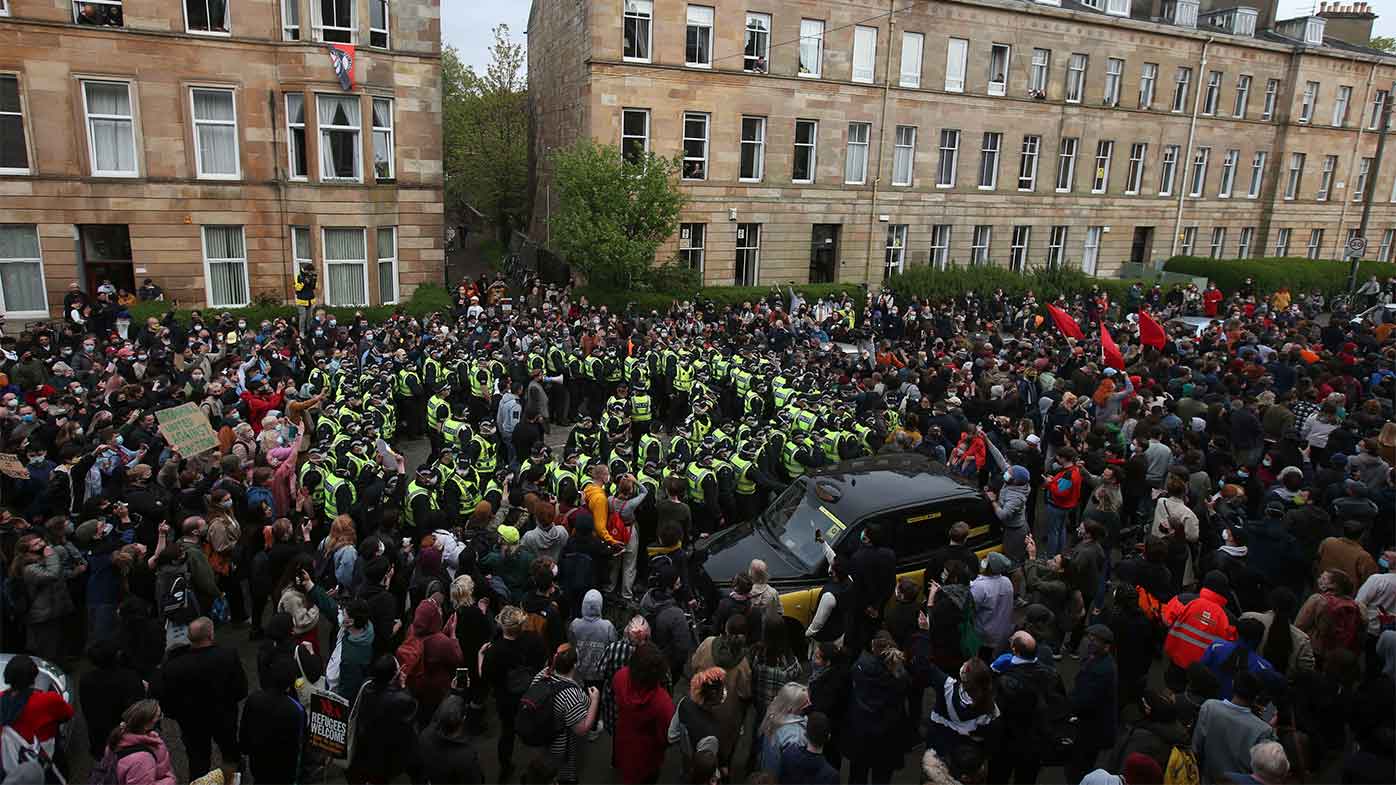 Videos posted on social media showed cheers going up as the doors of the van were opened and the men emerged.

Protester Mohammad Asif, the director of the Afghan Human Rights Foundation, said the demonstration was a response to the “hostile environment” created by the British government.

Britain’s immigration rules have long been criticised by lawyers and human rights groups, who say they are often harsh and unfairly implemented. Rules have been tightened in the past decade under Conservative governments determined to make the U.K. a “hostile environment” for illegal immigration. 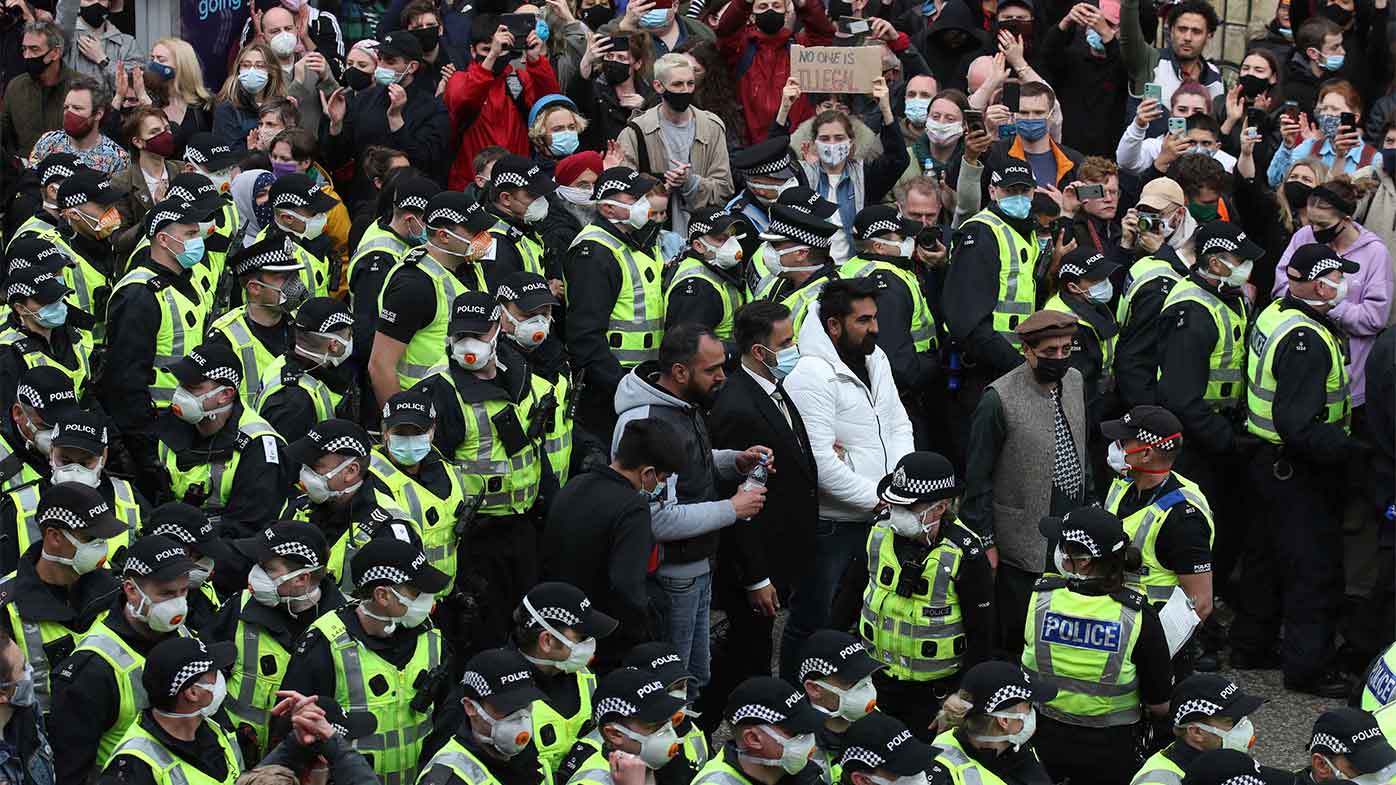