A thousand Japanese civilians working at two United States Marine Corps bases on Okinawa have been tested for coronavirus, as the US military institutes more stringent screening measures to stop the virus spreading on the island.

A thousand Japanese civilians working at two United States Marine Corps bases on Okinawa have been tested for coronavirus, as the US military institutes more stringent screening measures to stop the virus spreading on the island.

During the weekend, Japanese workers lined up for tests at a community centre near Marine Corps Air Station Futenma, which along with Camp Hansen, has seen almost 200 cases of coronavirus confirmed since July 1.

Most of those cases have been related to the movement of US troops, their families and civilian contractors arriving on Okinawa from the US mainland, where infection numbers continue to rise. 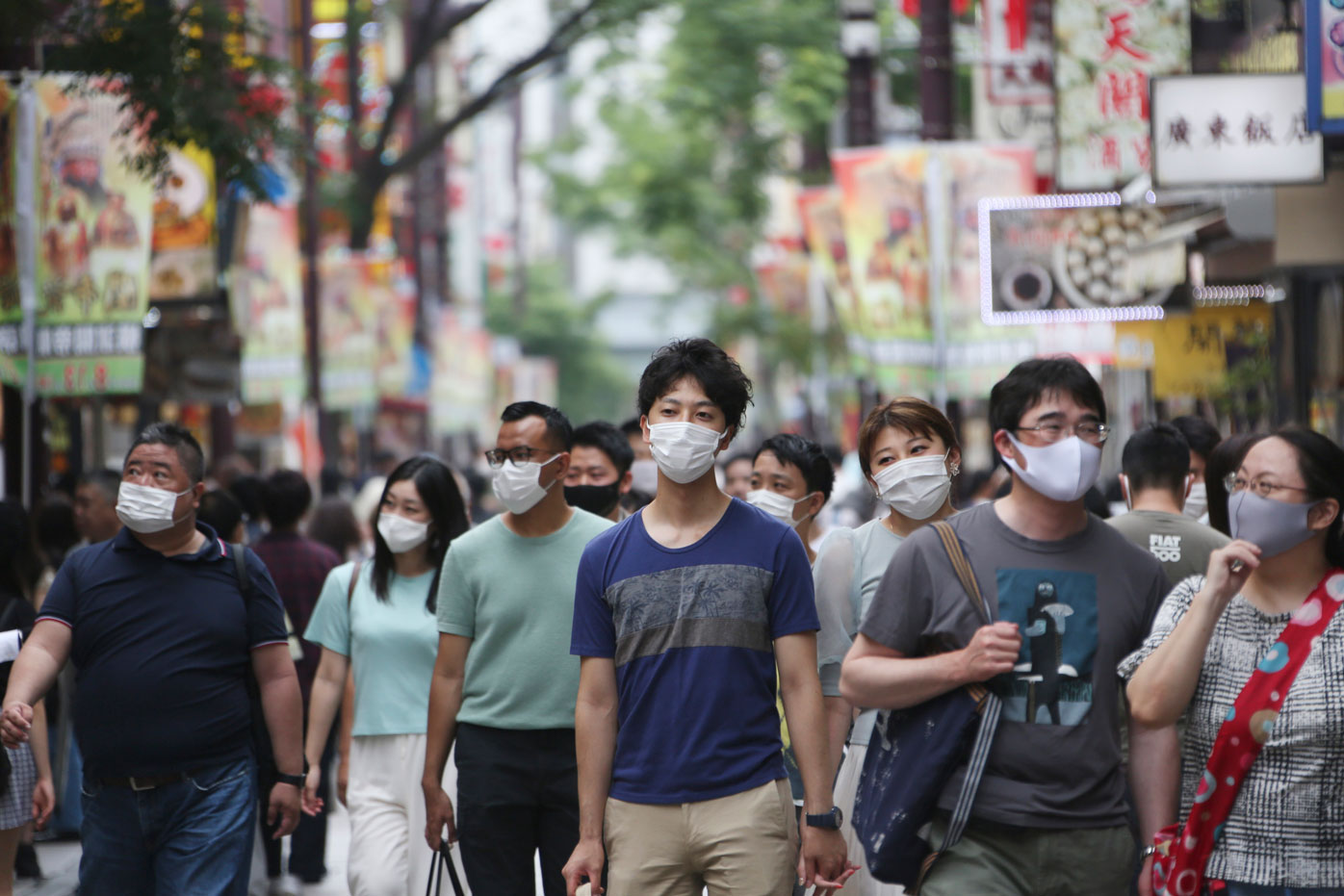 The US has recorded more than 4.2 million cases, with the infection rate growing by more than 60,000 a day in recent weeks.

Statistics like those have made Okinawa politicians wary of the virus spreading into the local population as contract workers go in and out of the US bases on a daily basis.

"The Japanese workers working inside (the US bases) are worried. I think they must been very fearful. It is something that both the US and Japanese governments need to address adequately," Masaharu Noguni, the mayor of Chatan, Okinawa, said.

The Japanese civilian-US military relationship on the island has been strained for years.

Okinawa represents less than 1 per cent of Japanese territory, but hosts roughly 70 per cent of US bases and half the 47,000 American troops in Japan, according to Okinawa Prefectural Government figures.

It's a footprint that frustrates many of Okinawa's 1.44 million residents, many of whom say their concerns about it have been ignored by Tokyo since the US turned the island back over to Japan in 1972 after occupying it since the end of World War II.

A coronavirus risk just adds to resident complaints about land use, crimes related to US forces and how the bases may hold back economic progress.

Since the outbreak at the Marine Corps bases earlier this month, United States Forces Japan (USFJ) has taken action to stop the spread of the virus, announcing Friday that all US personnel entering Japan must pass a Covid-19 test before they can be released from a mandatory 14-day quarantine. 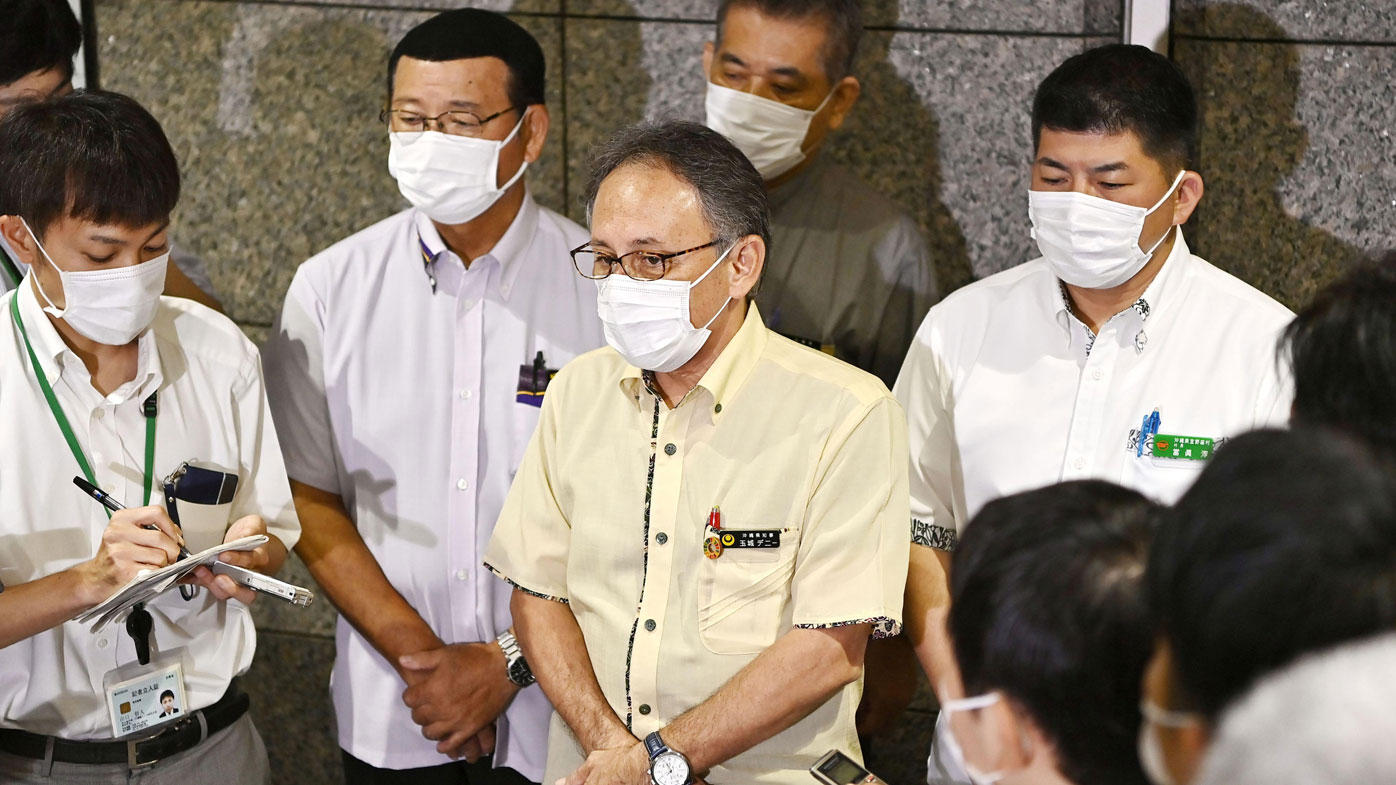 The US personnel must also undergo screening by Japanese authorities when they enter the country via a commercial airport, USFJ said in a statement.

"This policy update adds another layer of protection for US forces and our Japanese neighbours, and we will continue to be as transparent as possible as we confront this challenge together," Col. Robert Firman, director of public affairs for USFJ, said in statement.

Marine Corps Major Ken Kunze said that as of 8am today (local time) no new cases had been identified in the previous 24 hours.

Okinawa prefectural Governor Denny Tamaki said earlier this month that the US should not be allowing troops to come to Okinawa from bases in the US during the pandemic.

Japan has banned Americans, as well as residents of almost 150 countries and territories, from visiting during the pandemic, except under special circumstances. The Status of Forces Agreement, which governs the presence of US troops in Japan, is one of those, allowing Washington jurisdiction over the movement of its military personnel.

A town off limits

The town of Chatan was a popular hangout for off-duty US troops and their families before the pandemic hit. Now it's off-limits for almost all US personnel from the Marine Corps bases.

But it still hosts a hotel, the Doubletree Hilton, that US forces have rented out to house US Marines and others who will be leaving the island in summer troop rotations.

"What has concerned us here in Chatan is that the people ... who have not even been tested were staying in a commercial hotel," Mayor Noguni said.

Those people should be confined to US bases before their departure, Noguni said. 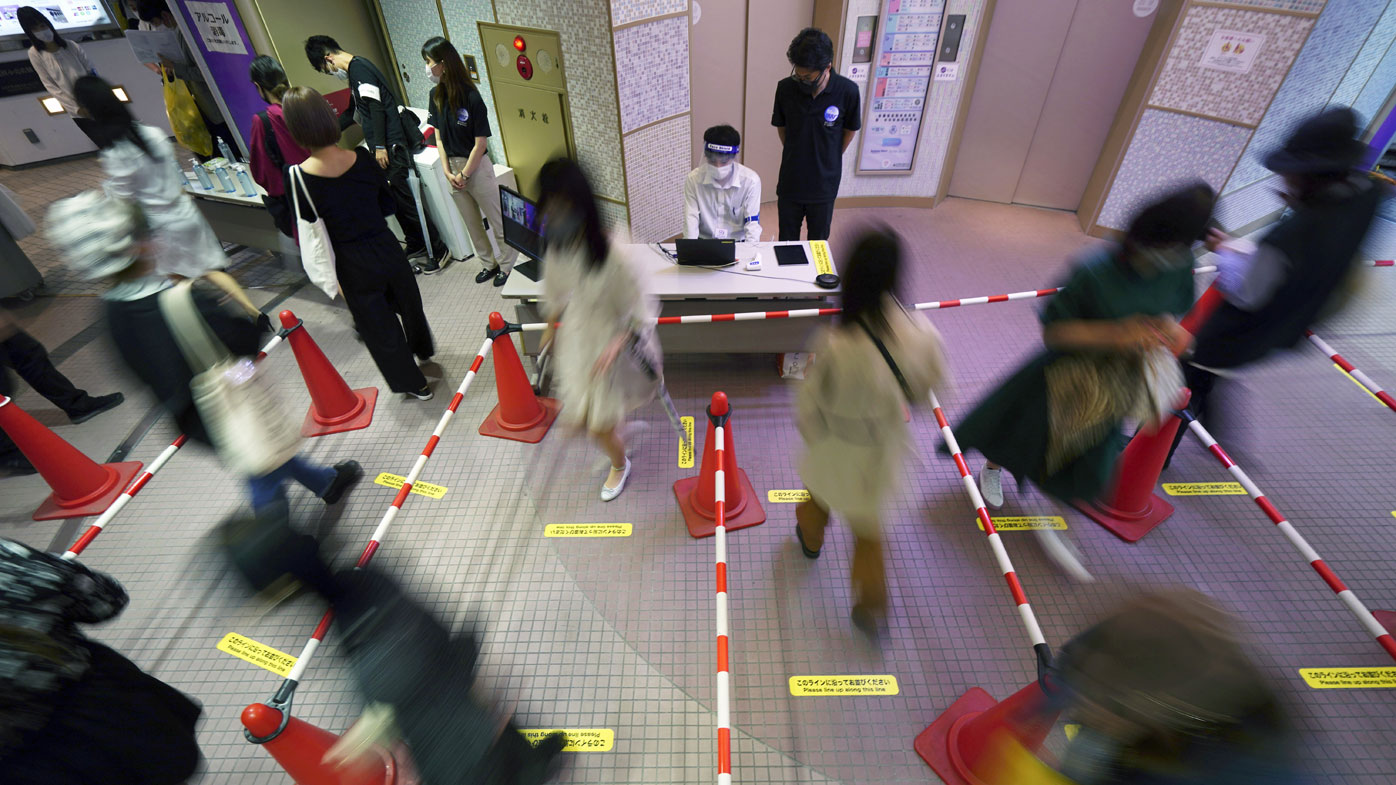 Outside of US forces, Okinawa has seen 50 new coronavirus cases in July - accounting for more than a quarter of its total cases. And it comes after Okinawa saw no new infections in May or June.

Meanwhile, Japan is seeing its worst numbers since the coronavirus pandemic began. The county's Health Ministry reported 839 new cases on Sunday including 239 new cases in the capital of Tokyo on Sunday, the sixth day in a row it has had more than 200 new cases.

Noguni said Saturday the surge in cases from the US military and Japan as a whole may be too much for Okinawa to handle.

"We are very worried that after all we did to contain the virus, it may now be spread from outside the prefecture or from the US military," he said.

"I think we will not be able to stop the spread of COVID-19 unless we stop it at our borders."