The border between South Australia and Victoria is closed after traffic queued for hours to leave the coronavirus-stricken state before new restrictions began.

A man faces being fined after it's believed he allegedly tried to cross the border from Victoria into South Australia last night without permission.

At midnight, the border between the states closed after hours of traffic banking up as people fled the coronavirus-stricken state before the new restrictions began.

The traffic slowed to a trickle late last night but a 9News camera filmed one man allegedly breaking the rules to drive to South Australia. 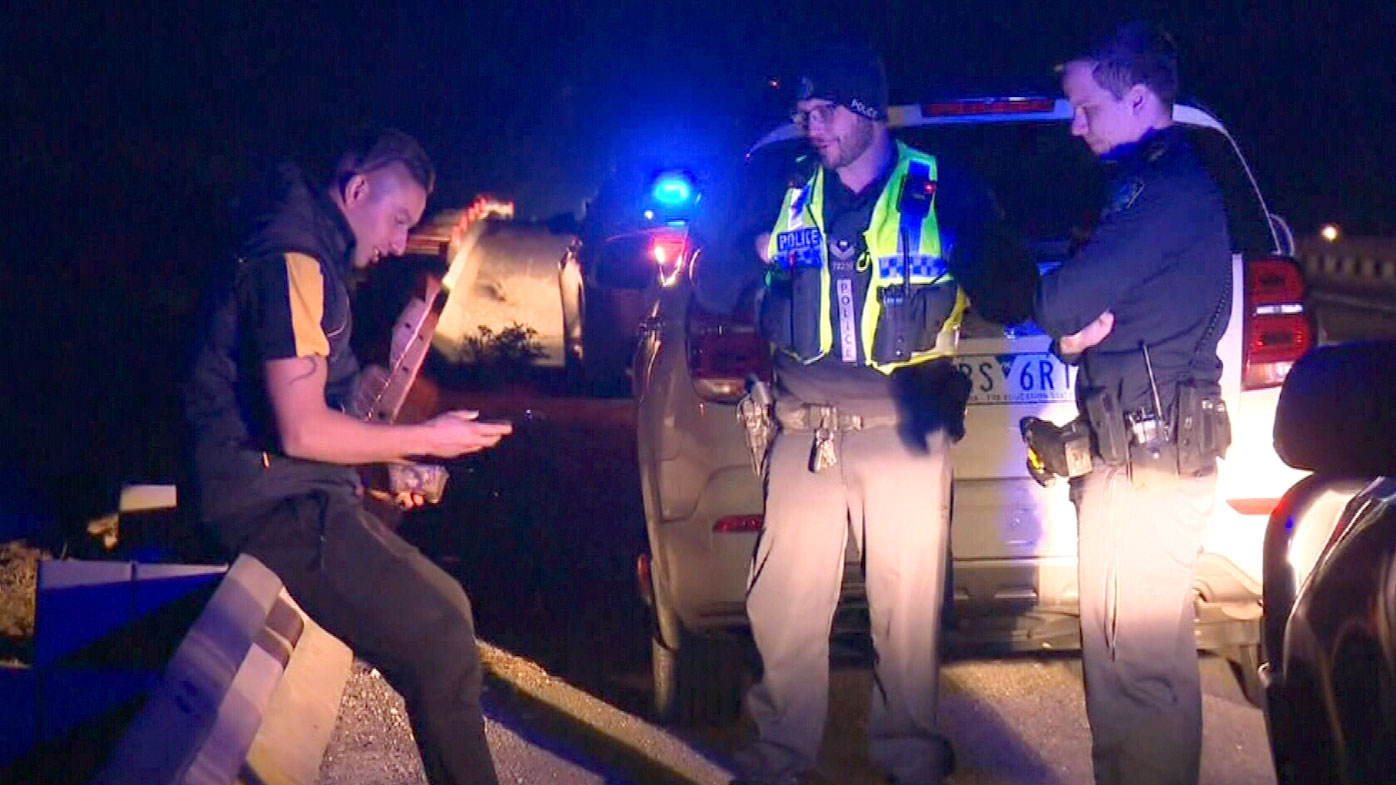 It's understood he was turned back earlier in the day by authorities guarding the border to stop anyone without a permit from entering from Victoria.

Police said they later recognised his car and stopped him before he was able to travel further into the state. It is expected he will be fined for breaching a COVID-19 health order.

Only South Australian residents are now allowed to enter the state from Victoria, and they will still need to self-isolate for 14 days.

Any Victorian or non-resident looking to enter South Australia after midnight must prove to health authorities they are an essential worker, wear protective clothing such as masks when they arrive and self-isolate when not on official duties or working.

Among those who queued during the day was Vivien and her partner Wayne.

"I live in Victoria, and just a few kilometres away, in South Australia, are my parents," Vivien told 9News. 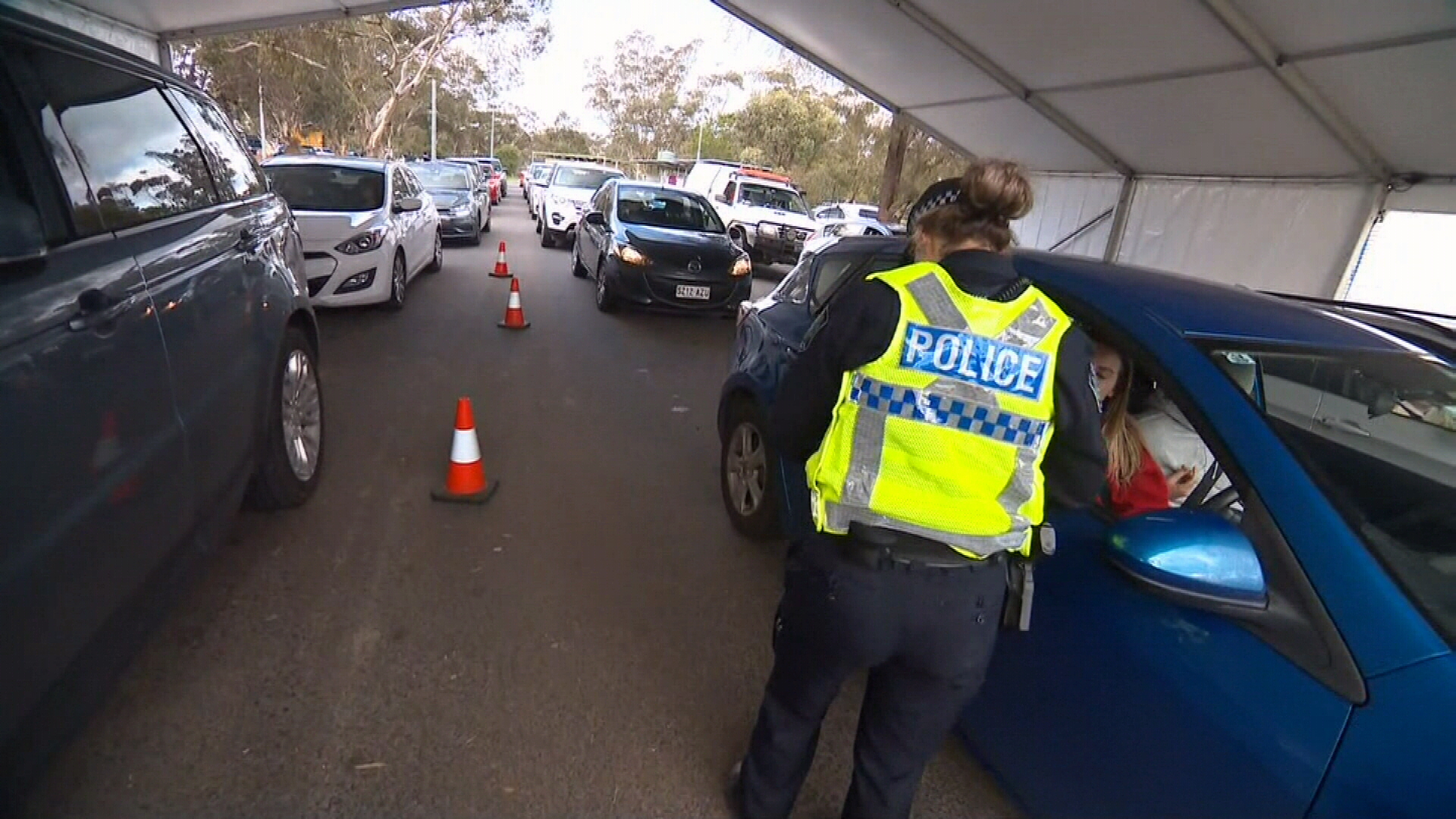 "My mother has just passed away and we needed to come to the border today, to make sure everything was in place so that I could attend my mother's funeral tomorrow."

READ:  Friends' Courteney Cox Has A Suggestion For Who Could Be Joey In A Recast Version

To the couple's relief, they were given the permission they needed – Vivien saying she had "nothing but praise" for how South Australia's police officers handled the situation.

Another woman told 9News she was trying to flee Victoria to stay with her partner in South Australia.

"I feel a lot more at ease over here than over there, that's for sure," she said.

Businesspeople too are worried about what the closure could mean.

Publican Zach Robinson told 9News his hotel was in Victoria, but his supplier was in South Australia. 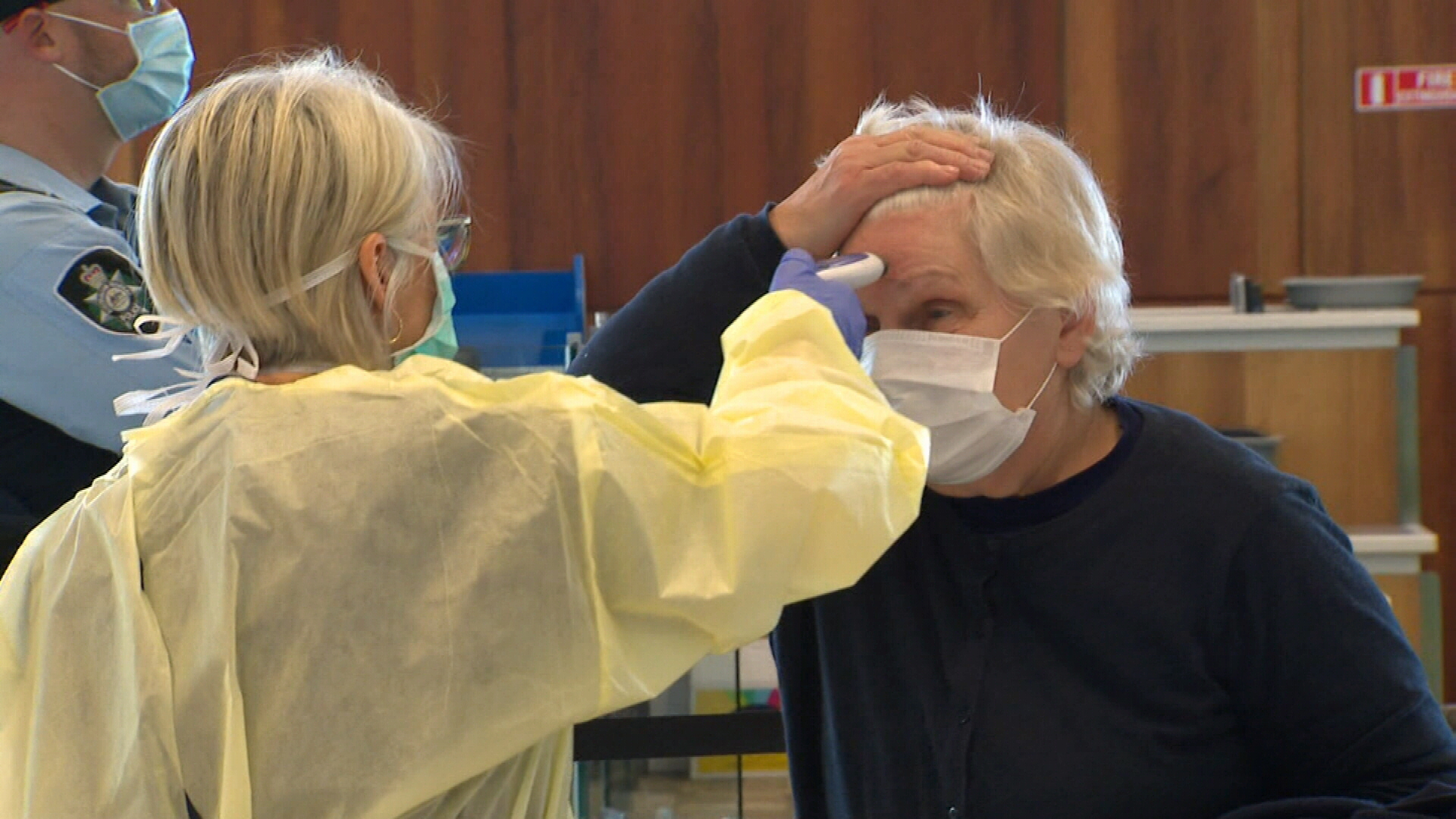 "I only opened up three weeks ago after a three-month closure," he said.

"My supplier is in Bordertown, so I'll have to stop my employees again and probably close the hotel again."

South Australia's borders have been controlled since late March, with most of those entering or returning to South Australia ordered into 14 days' quarantine.

South Australian residents will be allowed to return from Victoria, but have to go straight into isolation. 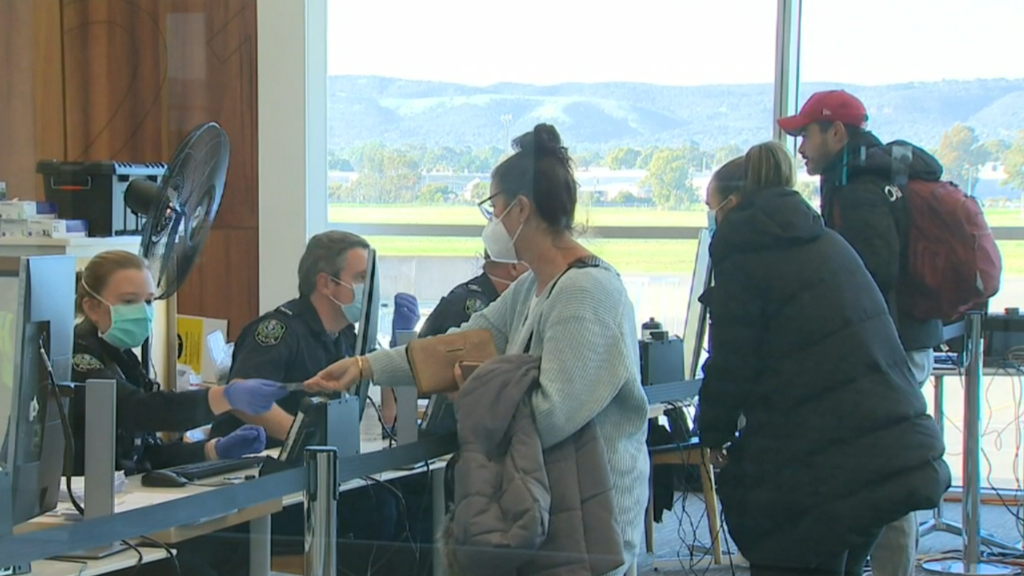 Meanwhile, hundreds of passengers arrived on two flights from Melbourne – the last aerial escape routes for Victorians looking to get out.

They were greeted by police, who escorted them to a checkpoint area, where each traveller's paperwork was checked and their temperatures taken.

They are now set to undergo two weeks in home quarantine. Some on board were South Australian residents, but many were Victorians who made a last-minute decision to cross the border and stay with family, in a bid to avoid six more weeks in lockdown.