Juliana Lima was walking in Bowen Hills when she spotted the snake, believed to be a carpet python, climbing a suburban fence that had pest netting draped over it.

A giant python has been filmed climbing a netted fence just three kilometres away from Brisbane's CBD.

Juliana Lima was walking in Bowen Hills yesterday when she spotted the snake, believed to be a carpet python, climbing a suburban fence that had pest netting draped over it. 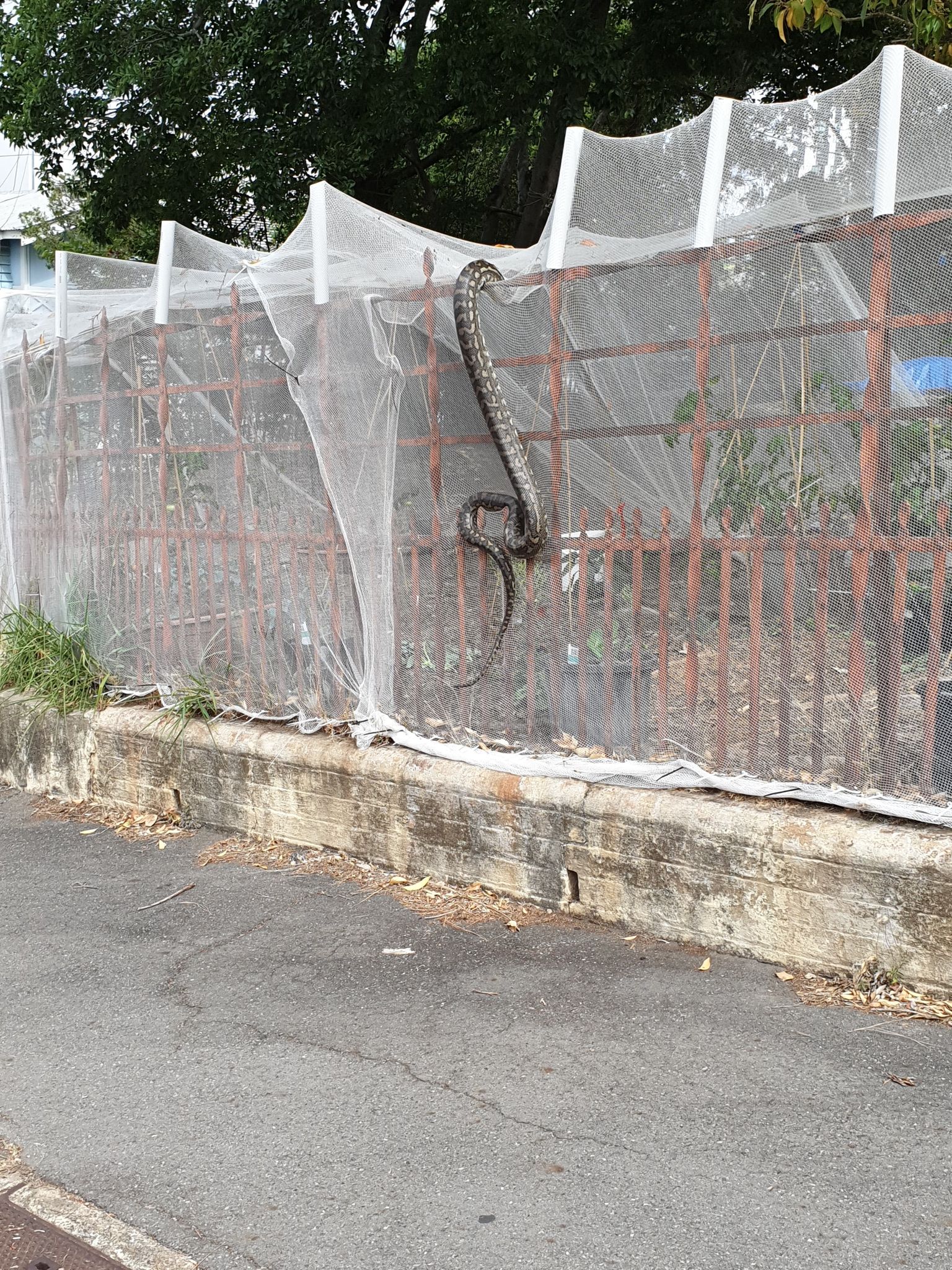 The python, which looks to be in excess of 1.8 metres long, was climbing the fence from the concrete footpath.

After posting it to social media Ms Lima's video brought many reactions in praise of the snake.

"Promise, it's not venomous. Just a big beautiful python. She'll eat some of those swooping birds if she can catch them," one commenter wrote.

"My next-door neighbour saw one similar so maybe the same one … clever animals for surviving in such an urban environment," wrote another.

According to the Queensland Museum, there are two types of pythons common to the Brisbane area. 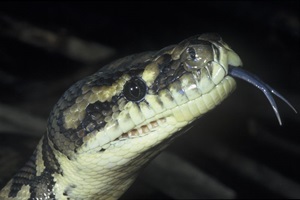 The first is the one-metre spotted python or Antaresia maculosa, usually found in bushland areas.

The second, and most likely the identity of the snake in Ms Lima's video, is the common carpet python or Morelia spilota which can grow up to three metres in length.

The museum notes carpet pythons are "abundant" in the Brisbane suburbs and are known to take up residence in the ceilings of suburban houses.

"The Queensland Museum sometimes receives calls from horrified householders who have climbed into their ceiling to repair a leak, only to find the rafters festooned with the shed skins of large pythons," Queensland Museum authors Steve Wilson, Eric Vanderduys and Patrick Couper wrote.

"In some suburbs evidence of occupation by carpet pythons can be seen in up to 50 per cent of houses."