The 55-metre-long waterslide, which runs down a steep hill and costs $5 per head, has become the playground for kids and big kids keen to take on a "g-force" adventure.

There's only one problem. The second-hand waterslide hasn't got resource consent. 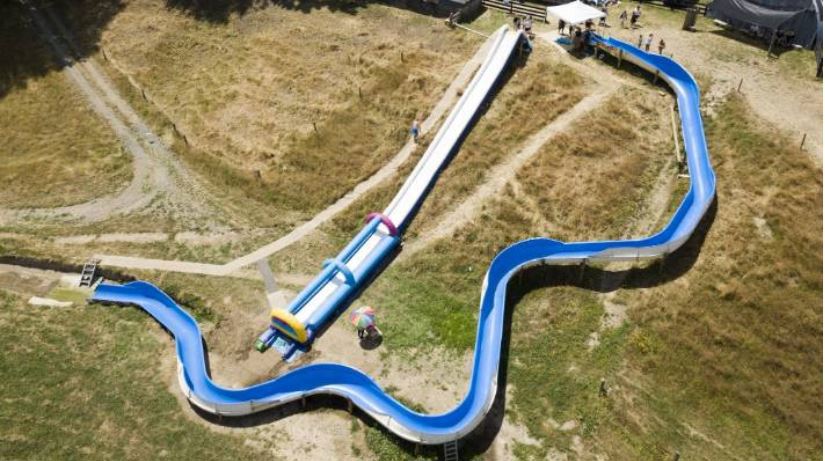 The fibre-glass waterslide opened for public use early January and a video of its "mean" bends and turns has since been spread on Facebook receiving 1,300 comments and 279 shares.

Many families were eager to join in on the fun, but parents quickly discovered on arrival that the video doesn't show "how much it throws you around".

Or that there's no pool or pond at the end, just a mouldy mat.

"We've always had what we call a natural terrain waterslide ... but we saw this new slide advertised on Facebook marketplace in Taupō," owner Paul Christensen said.

"So we dragged it up to the Waikato and refurbished it and put it together, but not in the same configuration." 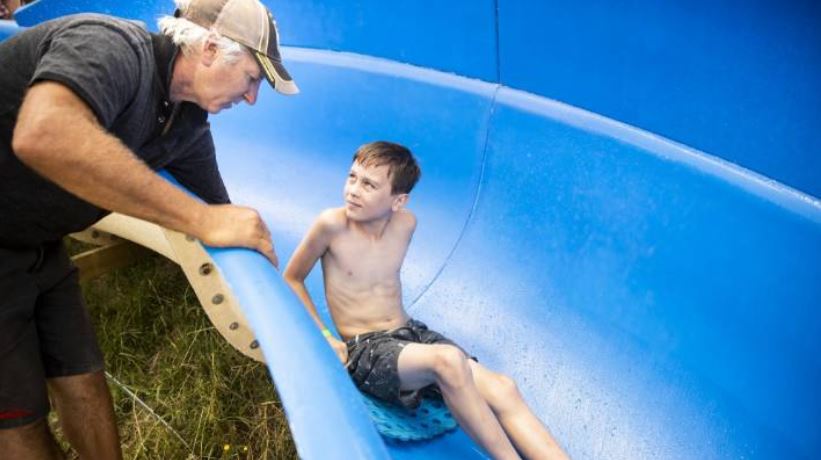 The waterslide received the full DIY treatment of a sand down, re-fibre glass and lick of paint. There are garden sprinklers attached to the side, it's held up by fence posts and there's a bath plug to drain out water.

Christensen said it cost him around $7,000 all up to refurbish. When asked why there's no pool at the bottom, he said, if he had "a few extra thousand" he would love to add a pool.

Since opening, he said, there have been no injuries that he knows of.

"The slide also has a long straight at the end which slows you down before you can step out at the bottom and exit the slide."

However, when Stuff visited the site many people slid straight down and fell out the end.

"The kids love it. If you have something too boring, people don't normally come back, so we want it exciting and safe at the same time," he said.

"Everybody that goes down the first time gets instructions, I've talked to a lot of [amusement park owners] and we've got the same procedures as what they have."

Originally, he told Stuff the slide had resource consent and had been assessed by North East Safety as low risk. 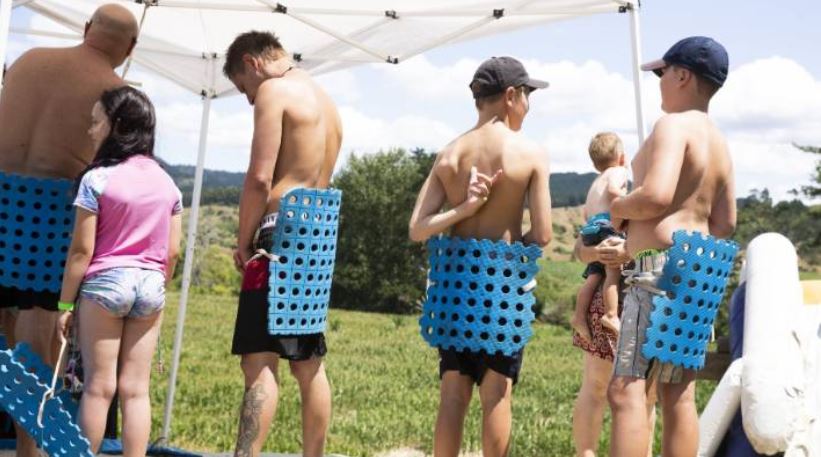 "The guy who assesses all the Rotorua attractions, like the Zorb and Skyline, he's done a health and safety thing for us and we're classed as low risk."

However, the Waikato District Council said the structure did not have resource consent and it has since closed, pending the official go-ahead.

Waikato District Council granted a consent in April 2013 to use the site as a public maze, which also provided for a range of other associated activities.

A variation to the original consent was granted in December 2017 for a coffee cart and the addition of other activities including the original waterslide and bouncy castles, but not the new slide.

Christensen said he was told by council that he didn't need to apply for an amendment to the original consent.

"They said it would be okay. We just wanted to make the waterslide safer and better than our old slide," Christensen said. 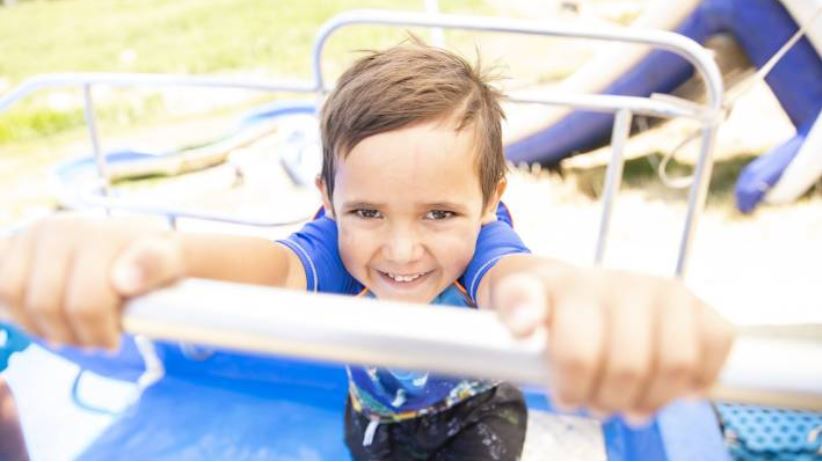 "We are now in the process of amending our resource consent."

Amendments to resource consents depend on what has been granted for and what the conditions of the consent also specify, a Waikato District Council spokesperson said.

Variations are often required if a waterslide sits at a certain height above the ground or several alterations have been made.

"You will require a resource consent from your local council if you wish to carry out any proposed activity which is for a use of the environment that is inconsistent with the Resource Management Act (RMA), its associated regulations and your local district or regional plan.

Bucking Boar Cornfield Maze's waterslide will be assessed this week.

WorkSafe have not been made aware of any health and safety failings relating to the Bucking Boar Cornfield Maze.

Under The Health and Safety at Work Act (2015) it is the primary duty of the business to manage any hazard or risk to its workers or in this case, customers. This includes having detailed health and safety systems in place.

READ:  One person stabbed as thousands protest in Portland