Huawei’s chief financial officer and the daughter of the company’s founder returned from Canada following a legal settlement that potentially brings closure to a nearly 3-year-long feud embroiling Ottawa, Beijing and Washington.

Meng Wanzhou, Huawei's chief financial officer and the daughter of the company's founder, arrived Saturday evening aboard a chartered jet provided by flag carrier Air China in the southern technology hub of Shenzhen, where Huawei is based.

Her return, met with a flag-waving group of airline employees, was carried live on state TV, underscoring the degree to which Beijing has linked her case with Chinese nationalism and its rise as a global economic and political power. Wearing a red dress matching the colour of China's flag, Meng thanked the ruling Communist Party and its leader Xi Jinping for supporting her through more than 1,000 days in house arrest in Vancouver, where she owns two multi-million dollar mansions.

"I have finally returned to the warm embrace of the motherland," Meng said. "As an ordinary Chinese citizen going through this difficult time, I always felt the warmth and concern of the party, the nation and the people."

RELATED: Two Canadians held in China have officially been charged with spying

On the same day, former diplomat Michael Kovrig and entrepreneur Michael Spavor were freed and flown back to Canada. They were detained shortly after Canada arrested Meng on a US extradition request in December 2018. Many countries labelled China's action "hostage politics," while China accused Ottawa of arbitrary detention. Prime Minister Justin Trudeau hugged the pair on the tarmac after they landed in Calgary, Alberta early Saturday, following what amounted to a high-stakes prisoner swap involving China, the US and Canada.

"These two men have been through an unbelievably difficult ordeal. For the past 1,000 days, they have shown strength, perseverance and grace and we are all inspired by that," Trudeau said earlier Friday.

Meng, 49, reached an agreement with US federal prosecutors that called for fraud charges against her to be dismissed next year. As part of the deal, known as a deferred prosecution agreement, she accepted responsibility for misrepresenting the company's business dealings in Iran. 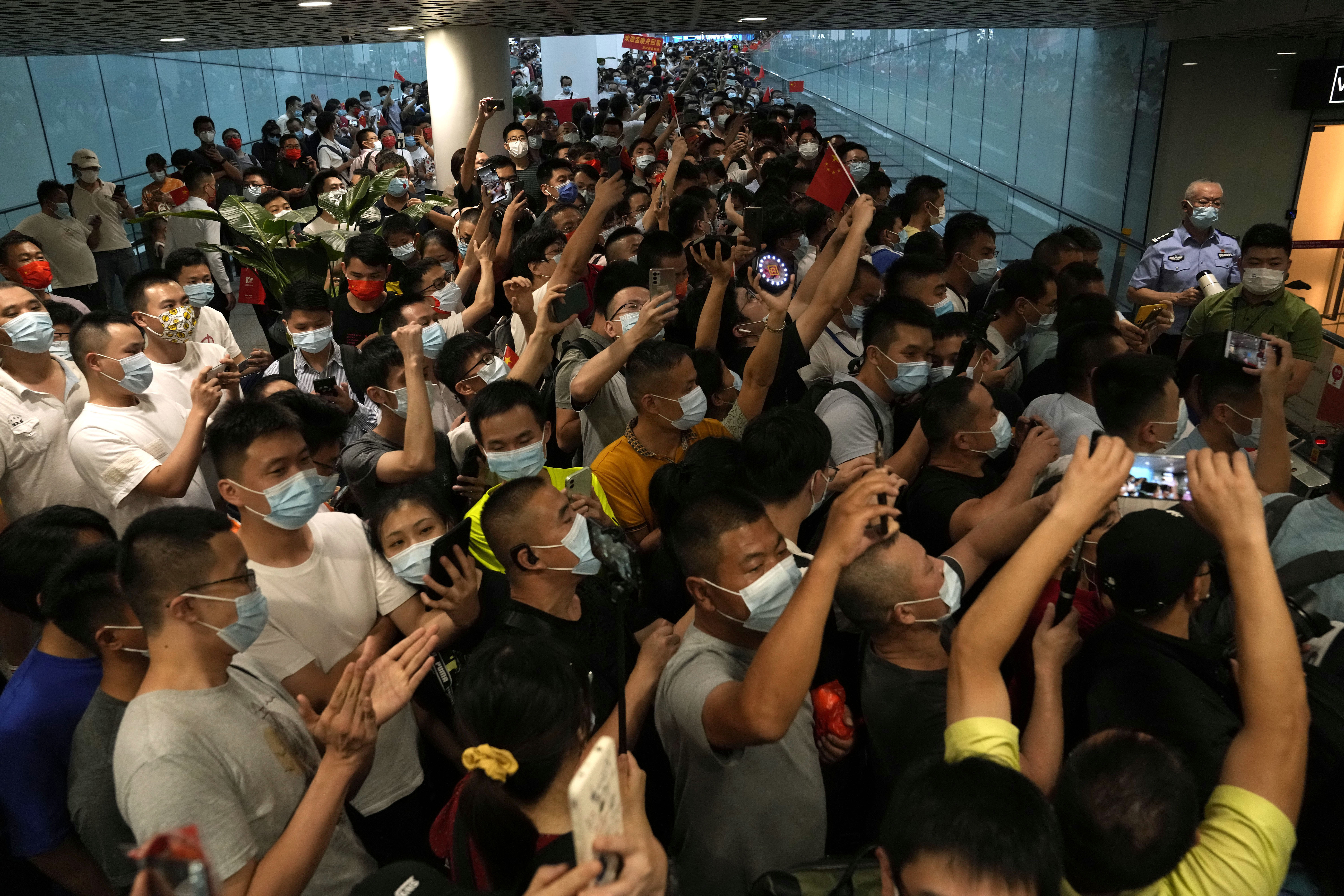 Shortly before her return, the Communist Party's flagship People's Daily newspaper declared the resolution of the case as a "glorious victory for the Chinese people" achieved through the "unremitting efforts of the Chinese government."

"The evidence shows this was purely a case of the political persecution of a Chinese citizen with the purpose of suppressing China's technological advancement," the paper said. "No force can block China's forward progress," it added.

In an emailed statement, Huawei said it would continue to defend itself against the allegations. The company also sent a statement from Meng's lawyer, William W. Taylor III, saying she had "not pleaded guilty and we fully expect the indictment will be dismissed with prejudice after 14 months."

The case had caused a huge rift in China-Canada relations, with Beijing launching regular broadsides against the Canadian justice system and banning some imports from the country. In addition, two Canadians convicted in separate drug cases in China were sentenced to death in 2019. A third, Robert Schellenberg, received a 15-year sentence that was abruptly increased to the death penalty after Meng's arrest. It wasn't immediately clear if those prisoners might receive any reprieve.

In Shenzhen, a 20-year old job seeker at the headquarters of Huawei repeated a government view that Meng's arrest was driven by politics and rivalry with the US over technology and global influence.

READ:  US girl, 12, 'fighting for life' after coronavirus diagnosis 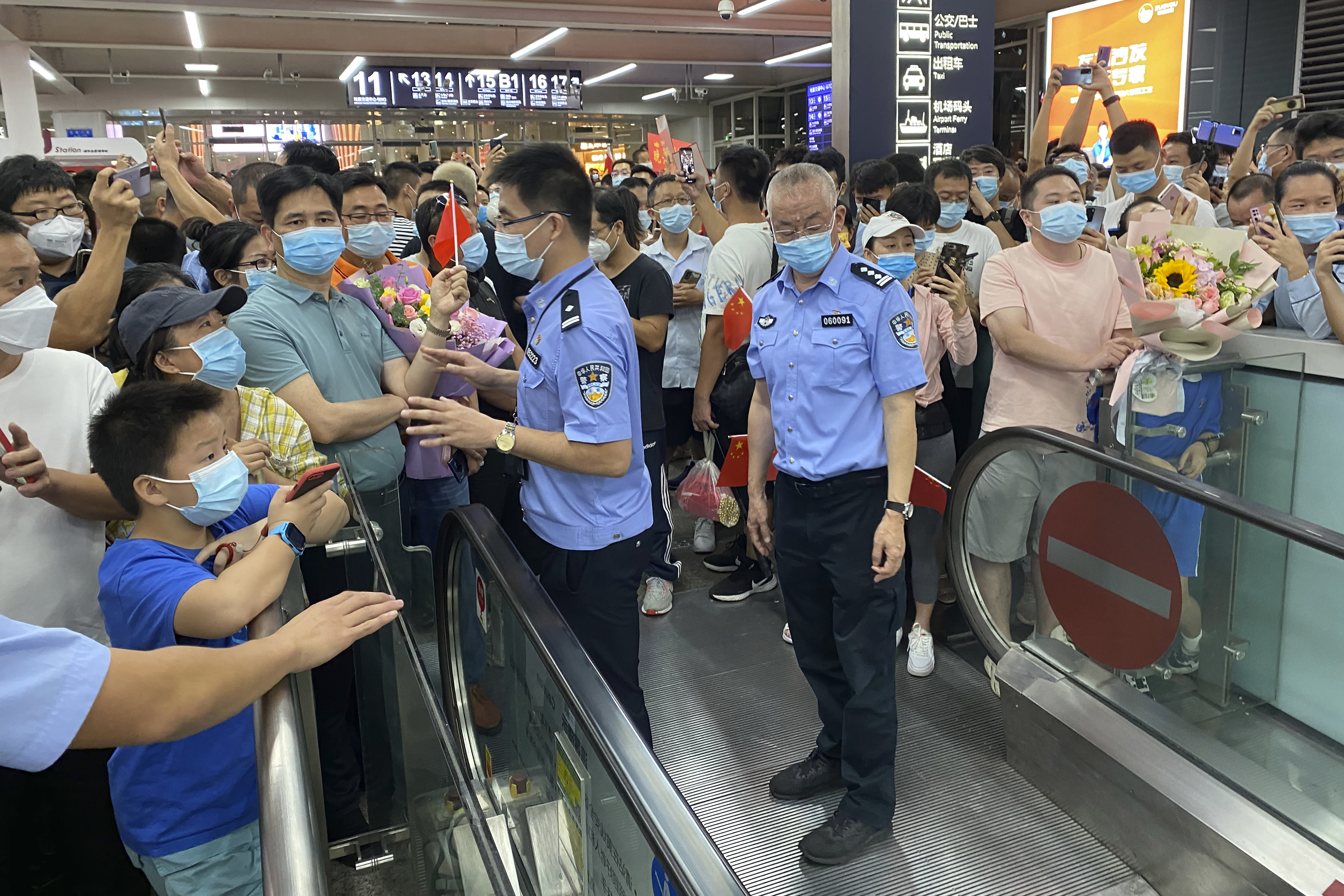 "I think (this) was to stop Huawei's development in the world," said the man, who gave only his surname, Wang, as is common among citizens speaking to foreign media in China, where the government closely monitors all speech. "It's a very important reason — nobody wants other countries to have better technology than itself."

Huawei is the biggest global supplier of network gear for phone and internet companies and a symbol of China's progress in becoming a technological world power that has received massive government backing. It has also been a subject of US security and law enforcement concerns, with officials and analysts saying it and other Chinese companies have flouted international rules and norms and stolen technology and vital personal information.

The case against Meng stemmed from a January 2019 indictment from the Justice Department under the administration of former President Donald Trump. It accused Huawei of stealing trade secrets and using a Hong Kong shell company called Skycom to sell equipment to Iran in violation of U.S. sanctions. The indictment also charged Meng herself with committing fraud by misleading the HSBC bank about the company's business dealings in Iran.

The indictment came amid a broader Trump administration crackdown against Huawei over US government concerns that the company's products could facilitate Chinese spying. The administration cut off Huawei's access to US components and technology, including Google's music and other smartphone services, and later barred vendors worldwide from using US technology to produce components for Huawei. President Joe Biden, meanwhile, has kept up a hard line on Huawei and other Chinese corporations whose technology is thought to pose national security risks.

Huawei has repeatedly denied the U.S. government's allegations and security concerns about its products.

As part of the deal with Meng, which was disclosed in federal court in Brooklyn, the Justice Department agreed to dismiss the fraud charges against her in December 2022 — exactly four years after her arrest — provided that she complies with certain conditions, including not contesting any of the government's factual allegations. The Justice Department also agreed to drop its request that Meng be extradited to the U.S., which she had vigorously challenged, ending a process that prosecutors said could have persisted for months.

After appearing via video-conference for her hearing with the US District Court for the Eastern District of New York, Meng made a brief court appearance in Vancouver, where she'd been out on bail while the two Canadians were held in Chinese prison cells where the lights were kept on 24 hours a day.

Outside the courtroom, Meng thanked the Canadian government for upholding the rule of law, expressed gratitude to the Canadian people and apologised "for the inconvenience I caused."

"Over the last three years my life has been turned upside down," she said. "It was a disruptive time for me as a mother, a wife and as a company executive. But I believe every cloud has a silver lining. It really was an invaluable experience in my life. I will never forget all the good wishes I received."

Video was also circulated online in China of Meng speaking at Vancouver International Airport, saying; "Thank you motherland, thank you to the people of the motherland. You have been my greatest pillar of support." 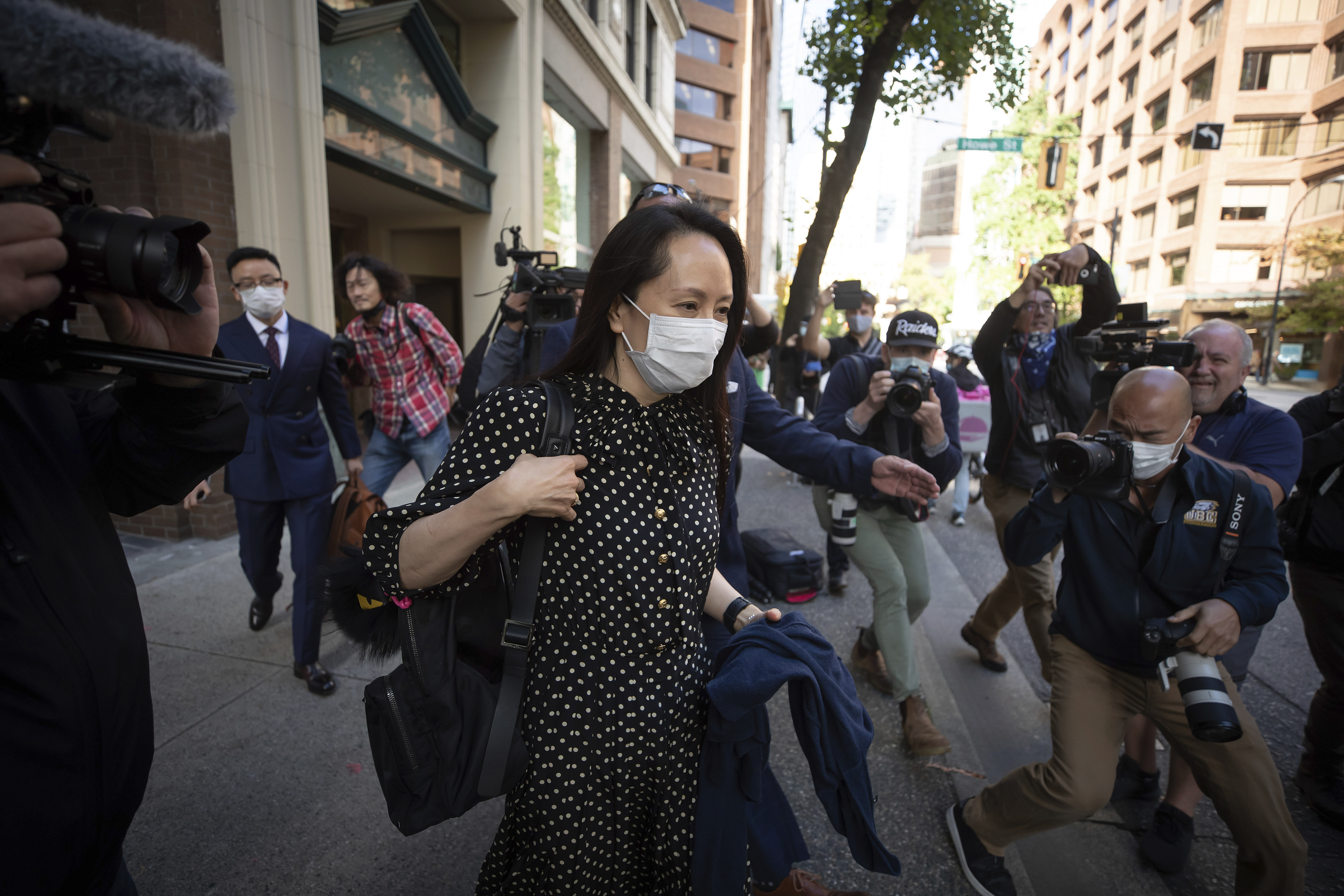