You’re casually scrolling through Instagram, when BAM! A picture ofglorious noodles cascading off a fork, high above a bowl filled with more glorious noodles catches your eye. And suddenly, you’re craving noodles. That is the power of the &…

You’re casually scrolling through Instagram, when BAM! A picture ofglorious noodles cascading off a fork, high above a bowl filled with more glorious noodles catches your eye. And suddenly, you’re craving noodles. That is the power of the “pull pic,” in which an influencer or food blogger effectively draws your eye to the prize which is usually long, saucy noodles or a melty grilled cheese, like this:

There’s an art to snapping the perfect pull shot. And Olivia Arnold ― the brains behindFoodistagirl, her self-described “Insta-blog” with over 68,000 followers ― gushes when it comes to these types of photos.

“A pull picture allows you to see the texture of the noodle, give dimension of the bowl, and really see the quality of the noodle in there,” she said. “Because if the noodle itself doesn’t have that kind of stringiness that allows for a really nice pull, it’s probably not a great noodle.” (Short noodles excluded, of course.)

For her, ramen dishes are the most photogenic for pull shots. “Ramen is great because ramen tends to have longer noodles. So you get a more dimensional pull that can go higher in the air,” Arnold told HuffPost. “With traditional spaghetti, sometimes the noodles are a little bit too thick or a little bit shorter, depending on the pasta maker. And so they don’t always allow you to get that extended pull into the air.” 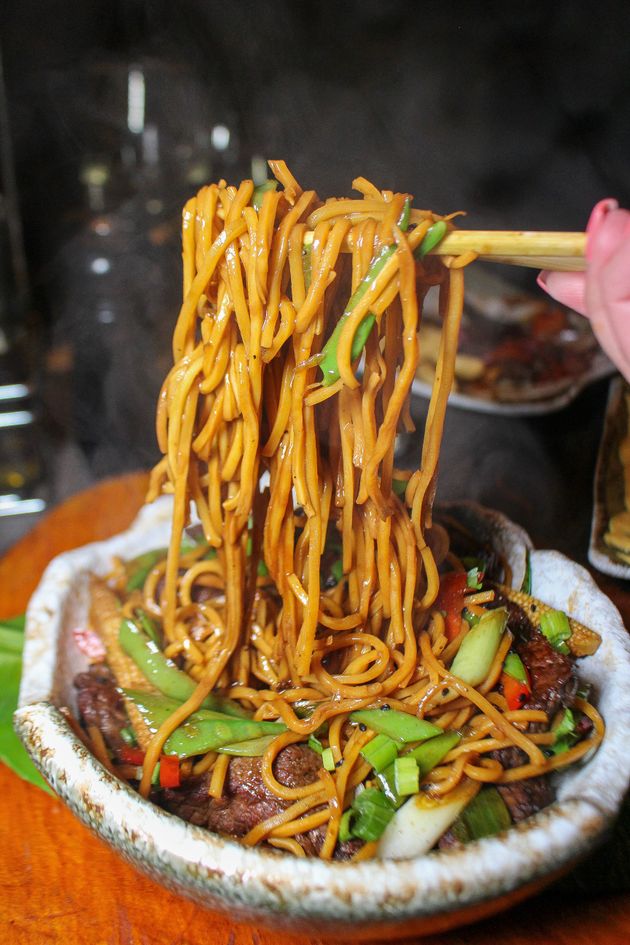 Cari Garcia, the Miami blogger known as Fat Girl Hedonist, is also a fan of the pull shot, and agrees that ramen is the best to photograph when you want the perfect cascade. “One, you get the perfect noodle, but on top of that, you have other elements going on. You have your meat, your greens, so there are other colors in play. It’s a very multidimensional photo, typically,” Garcia said.

If cheese is your preferred vice, Arnold shares a fondness for that, too. “I like the cheese pull because you can see the color of the cheese. You can see exactly how melted it is. It gives the viewer an idea of how nice and juicy that bite is going to be when he or she digs into the sandwich or the bowl of soup that has cheese on top.”

Here are a few tips from Arnold and Garcia to capture the perfect pull shot.

Before they get to pulling, the first thing both Instagrammers do is try to get a clean background for their photo. “You don’t want something distracting in the back, like a trash can or people who are watching the picture, because you want the majesty of the pull to be the focal point,” Arnold said. Sometimes this means moving the bowl of noodles against a wall, but if that’s too much effort or not possible, Garcia recommends using portrait mode if using an iPhone, or adjusting your DSLR’s settings to help blur the background.

Next, do your pull.

There’s nothing sadder than a scant noodle pull. “You have to really dig into the noodles, twirl them up, and a get a big ‘handful’ in either your chopsticks or fork,” Arnold said. Pull more than you think you need so that when the pile is photographed it looks substantial enough. 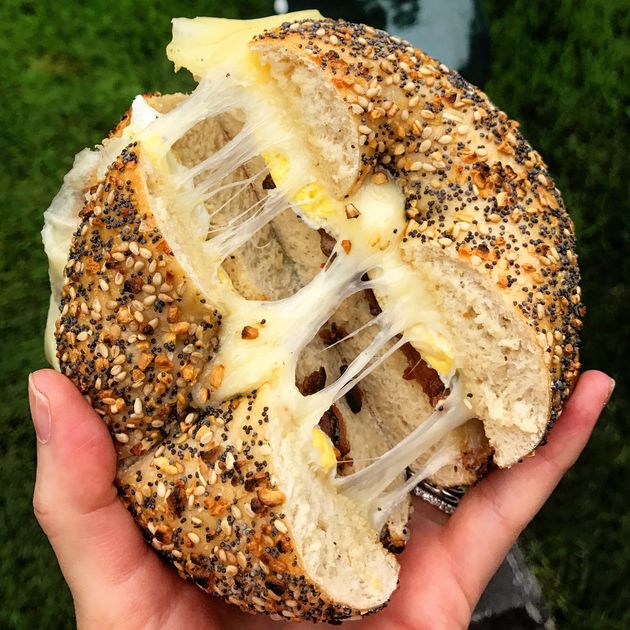 When it comes to cheese, the hotter the better. And of course, the cheesier the better, too.

“With cheese, it’s tricky because, obviously, as the cheese gets cold, it hardens up, and it’s not the same,” Garcia said. “You want to make sure it’s very hot, fresh-out-of-the-oven, super-melty cheese, so you get that ooey-gooeyness because if it’s been sitting out for more than a couple of minutes, it’s already starting to harden up. It’s going to be an Insta-fail.”

Arnold has been known to ask for things to be made extra hot at restaurants so she can get the right amount of gooeyness, and to buy her a little bit more time as she seeks the perfect pull.

Think outside the (pizza) box when it comes to cheese pulls. One of Arnold’s favorite cheesy foods to snap are bagel sandwiches. “You get some really great split bagel shots where the cheese oozes between the two and stretches and it makes a really pretty shot,” she said. You’ll likely need an assistant for that one.

Then, take your shot.

If using your phone, make sure you turn off the live feature to prevent the camera from catching any movement. Garcia said, “I’ll sometimes do a 45-degree angle where the focus is more on the chopsticks and the noodles up top, and then in the foreground you see the rest of the dish.”

Focusing on the noodles that you’re pulling is key. Arnold explained that a problem she sometimes sees with her pull shots is a lack of focus on the noodles. “I would focus on the bowl, and it actually makes the shot a lot less beautiful because the noodles themselves are not crisply in focus.” Focus your camera lens on the middle part of the noodles extended in the air to ensure you get the most tempting shot possible.

Before posting her pull picture, Arnold will do some light editing. Using the Instagram app, she’ll typically bump up the photo’s structure and sharpness to 30, which helps to highlight the photo’s details and make it crisper.

Now take these tips and master your own pull shot. Just don’t forget to enjoy what you’re eating, while you’re at it. 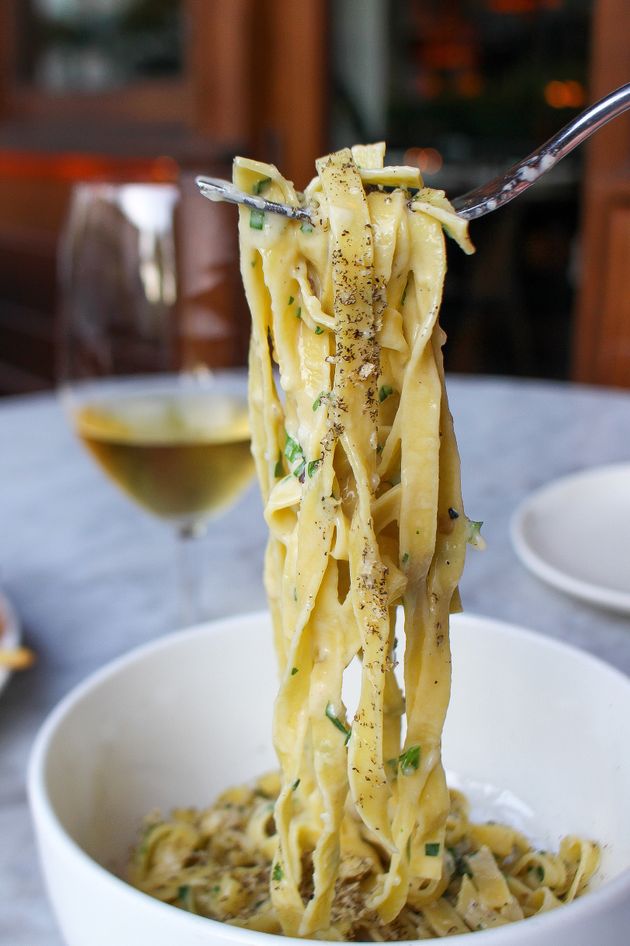