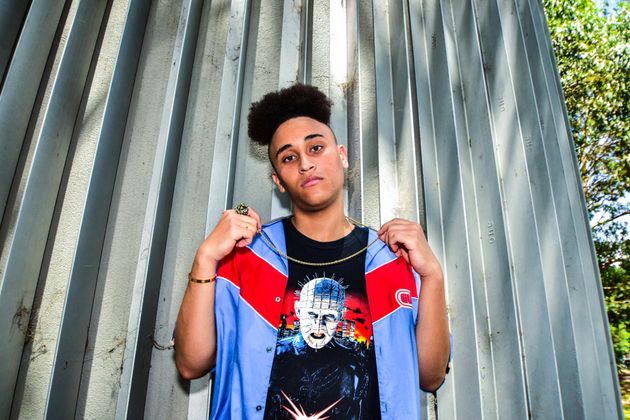 James Emmanuel still remembers feeling “too scared” to attend the 2017 Sydney Gay and Lesbian Mardi Gras celebrations. The gay rapper had only recently relocated from Orange in regional New South Wales to Sydney’s neighbouring Blue Mountains area and feared the homophobia he faced in regional Australia would continue in the city.

“Because you’re still so connected to the hometown, I missed out on that Mardi Gras when I first moved to Sydney. I was genuinely too scared to go,” said the 21-year-old, whose mother is Kenyan and father is Sri Lankan Tamil.

He’s known to his fans as JamarzOnMarz, an energetic gay musician who confidently raps and loves a selfie. However, Emmanuel admitted he’s yet to completely “reconcile” with his identity. Living with the “trauma” that followed growing up in Orange as a queer person of colour, the rapper’s reflection on his upbringing was bittersweet. He spoke fondly of playing the saxophone and learning Swahili words from his mother, but a sadness filled his eyes as he recalled being bullied.

I missed out on that Mardi Gras when I first moved to Sydney. I was genuinely too scared to go.

“I was never popular growing up in school,” he said. “The beginning of high school was so bad. I wasn’t looking forward to high school because primary school was tough.”

Emmanuel explained primary school classmates picked on him for his “innate femininity”. He loved dancing, spoke with a softer voice and was sensitive following his parents’ divorce when he was five.

In 2010 he attended a local Catholic school for his first two years of secondary schooling, a period he described as “physically and verbally confronting”.

“I had a group of girls as friends. Every group we walked past would call me faggot,” he said.

By eighth grade Emmanuel was using the JamarzOnMarz name to promote his musical talents on YouTube. He wanted to express himself with creativity, but the bullies struck him down.

“They would make Facebook pages about me as well. The page would be like ‘James Emmanuel is gay’,” he said. “I remember once I was punched at the disco. They held me and then punched me and said ‘gay c***’.” 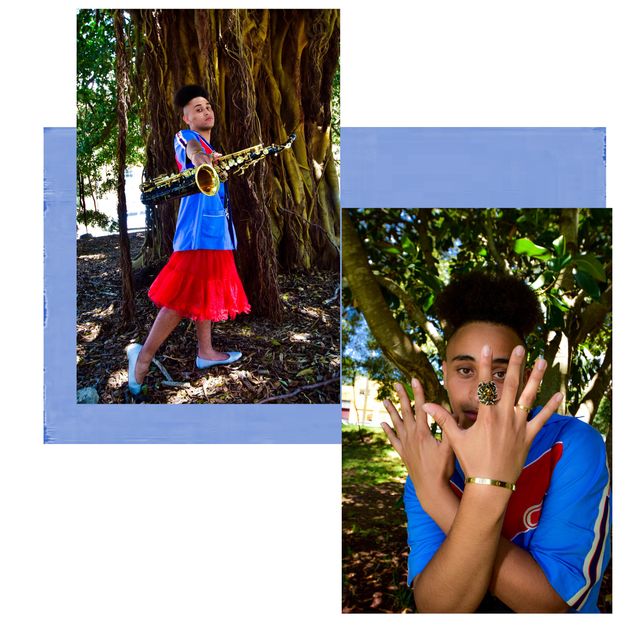 Emmanuel would cry to his parents as his mental health suffered, prompting him to change schools in the ninth grade.

“The independent school was no fights, but more manipulative and mental, emotional bullying. I ended up getting counselling [for anxiety] as well because I’d have outbursts,” he explained.

He never told his counsellor he was gay, though noted “she probably knew”.

While recalling his experiences, the rapper circled back to how different his life could have been had he grown up in a more progressive metropolitan area instead. Would he have faced as much criticism? Would the discrimination have stopped in the schoolyard?

“That’s one of the strongest things I remember. It’s not just the school. When it’s in a town, it’s the whole fucking town,” said the musician. “It’s a small circle. It’s not like what it is here in the city.”

It’s not just the school. When it’s in a town, it’s the whole fucking town.

Emmanuel relocated to the outskirts of Sydney in 2016 after his final high school exam. Moving in with his dad in the Blue Mountains allowed him to experience city life, where it was “more OK to be queer”.

READ:  Tony Abbott called a 'misogynist' and 'sexist' as he pushes for trade job

Working at a Coles supermarket before starting his Bachelor of Communication degree at the University of Technology Sydney, the musician felt liberated to “hint” to peers he was gay.

“Everyone accepted me. Even the ones I thought were homophobic were really good to me,” he reflected.

He also became more confident of his South Asian and Kenyan heritage, especially after every school in Orange had forbidden his natural afro-textured hair.

“I think travelling from the Blue Mountains to Sydney central, you have to go through the western suburbs and then it hit me one day,” he said. “I just looked on the train and I’m like, everyone is either Asian or South Asian. That’s when it really hit me I was around no diversity growing up. Like there would be here and there ― there would also be African kids, like Sudanese or Nigerian, but we’re not the same.” 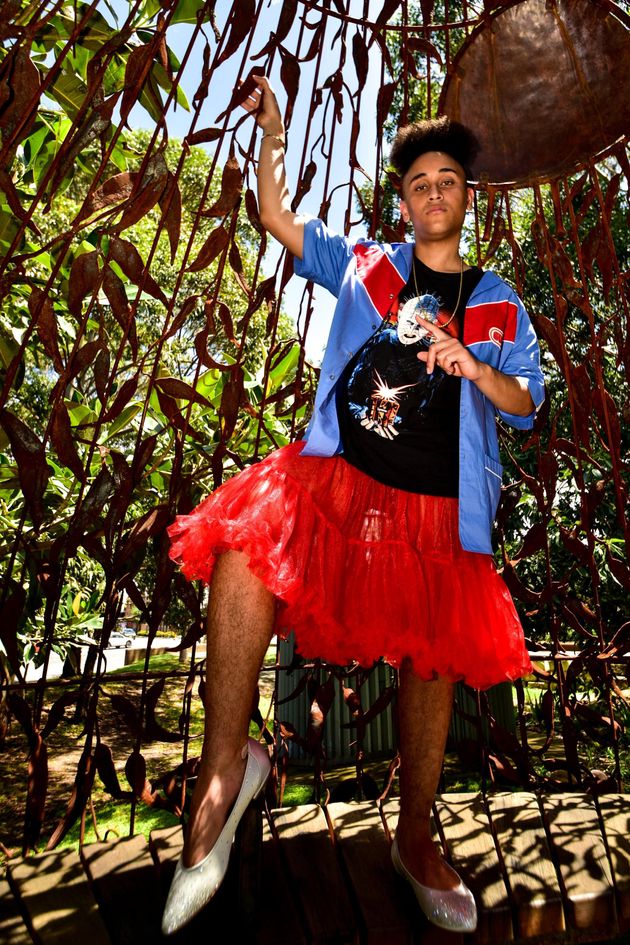 Music crept back into Emmanuel’s life with this new lease of freedom, and he came out to the public when he was 19 with the song “Amnesia”.

“I said, ‘This is inspired by the dating scene, men being possessive, thinking they have entitlement to the body’, and that was received well by some people,” he explained, noting he still faced homophobia online. “There were Instagram comments saying, ‘I like this song but you’re gay so I can’t support you. I can’t listen to it because you’re gay’.”

Nowadays Emmanuel tries to take the criticism in stride and doesn’t shy away from incorporating his sexuality in his songs. There are times he still grapples with his identity and fears holding his partner’s hand in public, but his music is helping him self-soothe and inspire young people struggling to come out of the closet.

READ:  Driver fined nearly $5000 after crashing into 'ring of steel'

“I want to start a conversation,” he said.

While many fans would say he’s made it ― after all he’s performing at Sydney’s Gay and Lesbian Mardi Gras ― Emmanuel said his professional growth, and opportunity to inspire change, is only in its infancy.

“Right now, I’m just doing me. I’m self-managed and self-funded,” he said. “But I think hopefully if I get to another level, that’s when I’ll be who I needed because I didn’t have that role model growing up ― a gay person of colour. Through the music and social media, I try and be loud and proud because for 18 years I was repressed.” 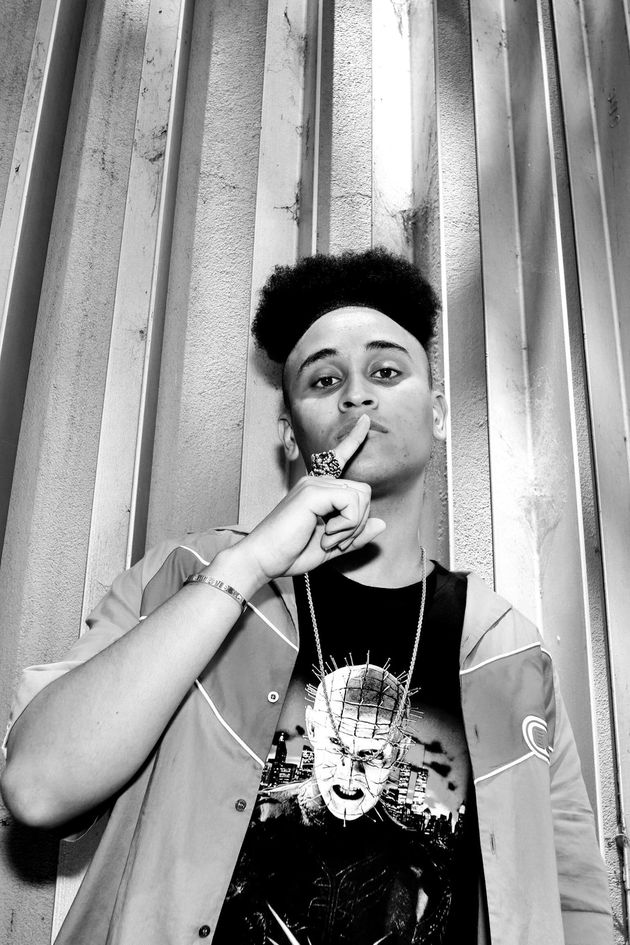