"Taking a knee" was born, and his iconic protest has been used to show the juxtaposition of George Floyd's death last week.

Mr Floyd, a 46-year-old black man, died unarmed after pleading for help as a white police officer knelt on his neck for more than eight minutes while pinning him to the ground. 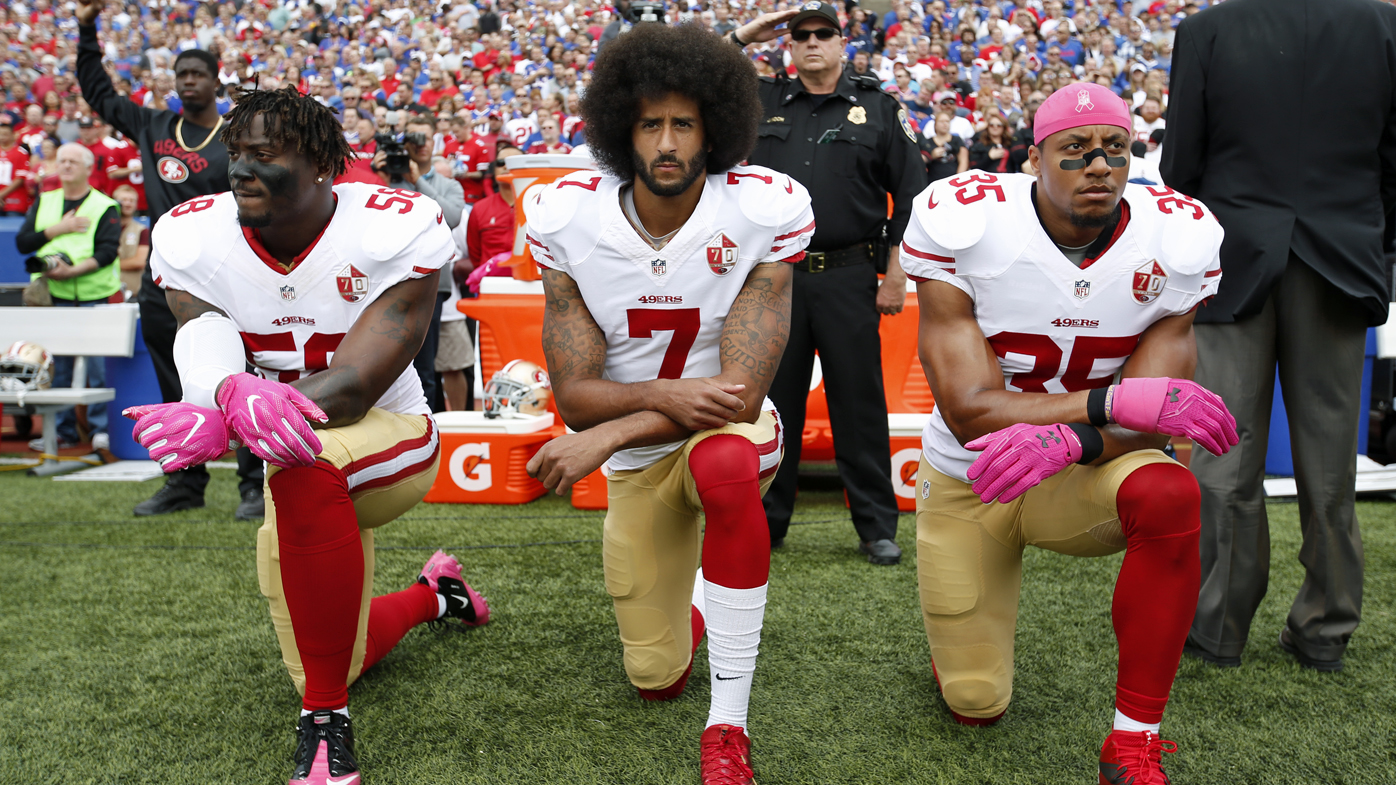 Who is Colin Kaepernick and what happened after he 'took a knee'?

Kaepernick's silent kneeling protest arguably saw him lose his NFL career and he has not been re-signed by any franchise.

He started his protest in the preseason of 2016.

The first time he did it no one even noticed that he took a seat on the bench rather than stand.

In the pre-season's second game, a reporter saw the act and reported on it.

Kaepernick then worked with a former Green Beret, Nate Boyer, to find an alternative way to "voice" the protest.

They came up with "taking a knee" during the national anthem. 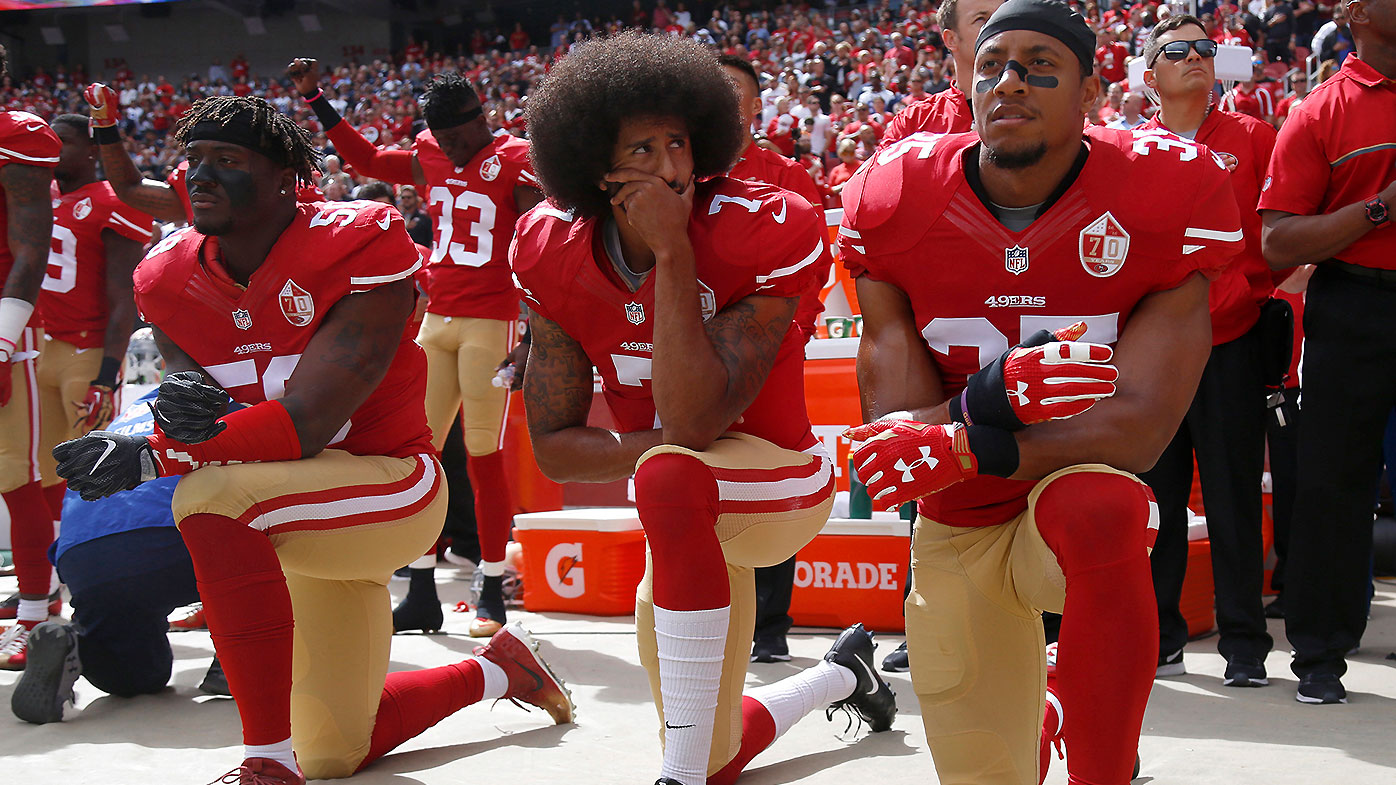 Did it catch on?

The movement spread and was controversial.

Some players joined Kaepernick, but by the end of the season, there were only a handful of players kneeling.

Then one rally involving Donald Trump changed everything.

Trump and the Alabama rally

The 2017 season started with NFL clubs and players trying to negotiate an agreeable solution.

But on a Friday night in Alabama at a rally for Republican Senate candidate Luther Strange, Mr Trump called for kneeling players to be fired.

"Wouldn't you love to see one of these NFL owners, when somebody disrespects our flag, to say, 'Get that son of a bitch off the field right now, out, he's fired. He's fired,'" Mr Trump said at the time.

The following Sunday, hundreds of players began kneeling and a full-blown battle with the president was drawn.

The protests saw the league, owners and players negotiate a fund of nearly US$100 million for the NFL platform to highlight racial disparities.

He worked out with several teams, but no one wanted to sign someone with his obvious talents.

Football insiders were clear he had more talent than many of the backups in the league.

For many owners it came back to the same thing: Kaepernick was bad for business, they thought. 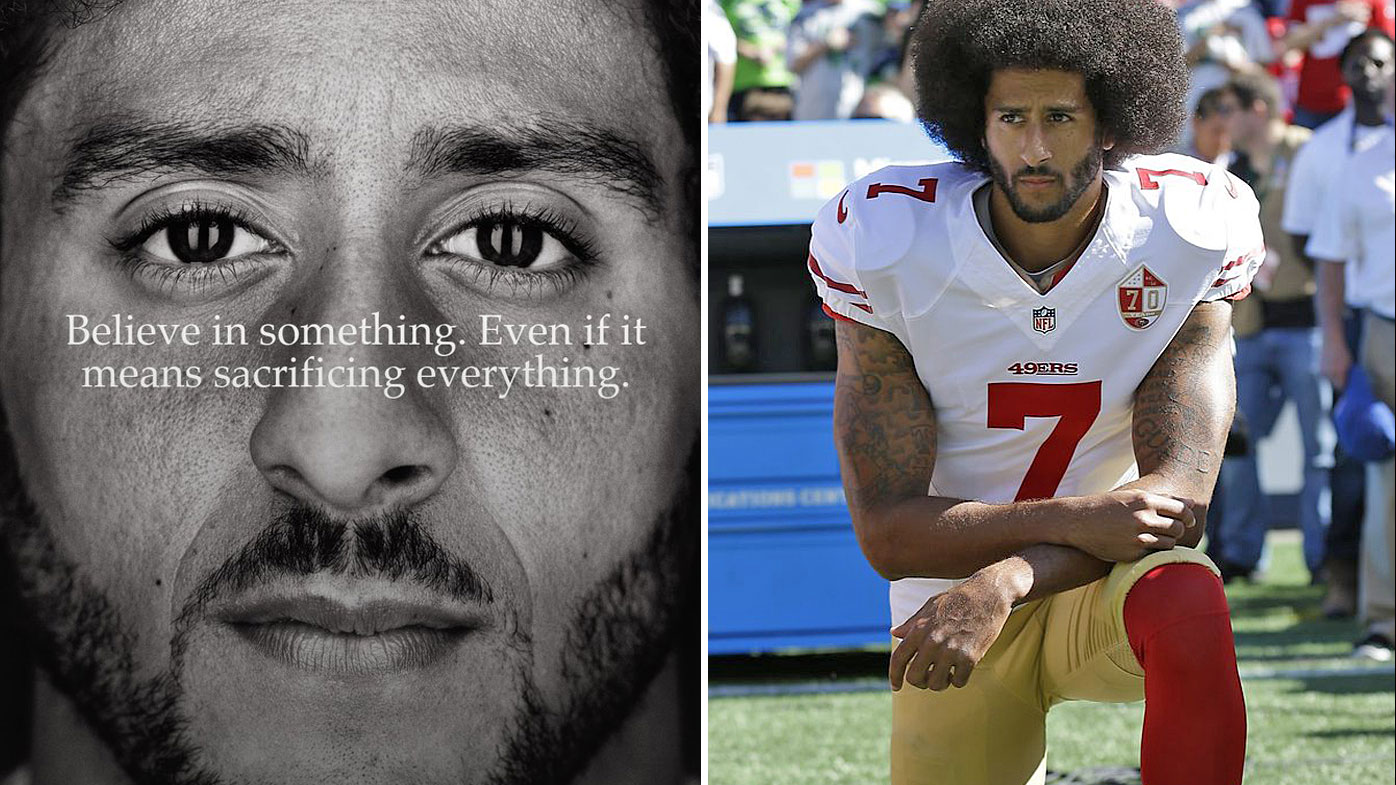 What happened to Kaepernick?

Kaepernick has been without a football team since 2017, when he became a free agent.

No team has offered him a contract, which many have argued is due to his protests.

Kaepernick filed a grievance against the NFL accusing team owners of colluding to keep him from being signed.

The NFL denied any collusion and in 2019, they reached a settlement with Kaepernick and former teammate Eric Reid, who knelt with him.

In 2018, Nike released an ad featuring Kaepernick with the text, "Believe in something. Even if it means sacrificing everything."

As demonstrators have protested over the death of Mr Floyd, many knees have been taken.

In Houston today, Mr Floyd's hometown, thousands of protesters dropped to a knee and raised one arm to the air during a moment of silence. 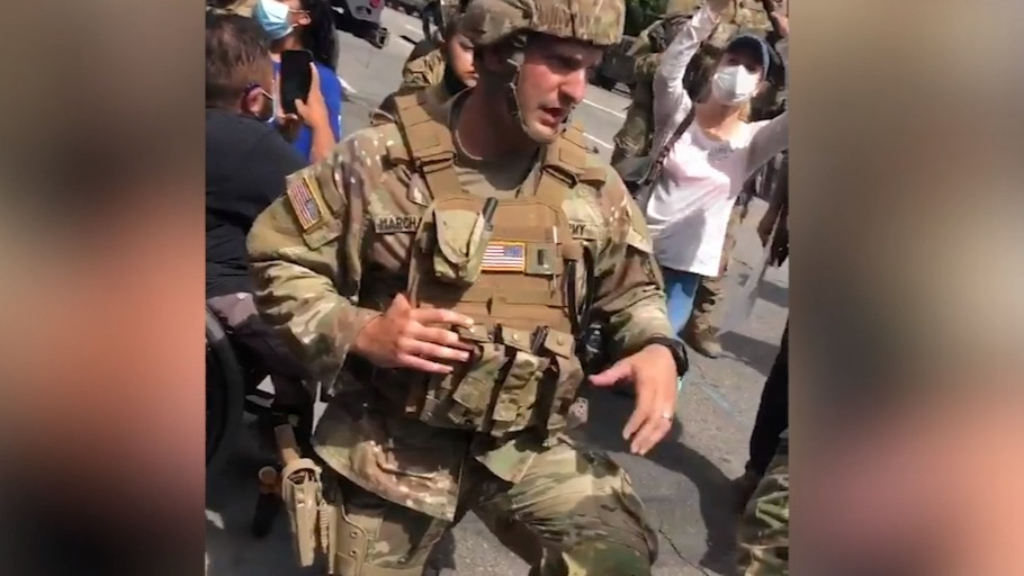 US soldiers and protesters kneeled together in Hollywood, just before curfew today.

READ:  Trump tells far-right group to stand down after failure to condemn the Proud Boys in TV debate

NBA's LeBron James has also shared a picture on Instagram of the police officer kneeling on Mr Floyd's neck next to a picture of Kaepernick taking a knee.