Teenagers are sleep-deprived. Along with their dealing with their changing bodies, hormones wreaking havoc on their emotions and impulses, and facing down the pressure of school (including early start times), university admissions, and career paths, th… 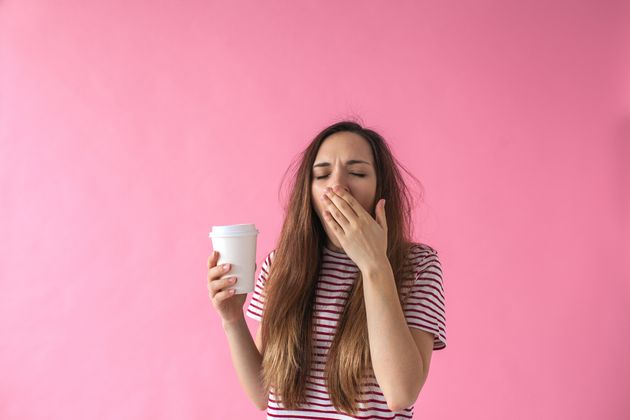 Teenagers are sleep-deprived. Along with their dealing with their changing bodies, hormones wreaking havoc on their emotions and impulses, and facing down the pressure of school (including early start times), university admissions, and career paths, they’re chronically tired.

According to the National Sleep Foundation, teens need eight to 10 hours of sleep every night to properly function. However, a sleep habits survey found that participants from grades nine to 12 reported an average of 7.5 hours of sleep a night, and a quarter of these students reported sleeping 6.5 hours or less.

Our Circadian rhythms change in the adolescent years, making it difficult for teens to fall asleep early and leading to fewer hours of REM sleep and some very bleary mornings.

So when teens wake up tired and disoriented, is it safe for them to join the majority of Canadian adults and down some coffee?

Coffee stimulates the central nervous system, which can help people feel more alert. “About 15 minutes after a drink, it’s entering your bloodstream and you’re feeling the effect,” Miller explained.

Most of the studies conducted on the effects of caffeine have been on adults — not on teenagers. Although there aren’t a lot of studies on the topic directly, Health Canada says children are usually “considered to be at greater risk” of experiencing the possible adverse effects of caffeine, like insomnia, headaches, irritability, nervousness, or even heart palpitations. Caffeine can also interfere with calcium absorption, which can prevent bones from strengthening.

READ:  How To Do A Virtual Secret Santa Gift Exchange That's Actually Fun This Year

There’s also the question of how helpful coffee actually is to teens who want to be more awake and alert. A 2013 study of 13-year-olds found that for every 10 mg of caffeine a boy consumed, his chances of getting 8.5 hours of sleep decreased by 12 per cent.

Watch: A 20-minute walk can help stimulate your brain the way caffeine does. Story continues below video.

Small doses, though, are usually OK

Health Canada says a healthy consumption amount for teenagers 13 years and older is no more than 2.5 mg of caffeine per kilogram of body weight. A 16-year-old who weighs 52 kg (about 114 lbs), for example, shouldn’t have more than 130 mg of caffeine per day — a little more than one eight-ounce cup of regular brewed coffee.

A small amount of coffee can have some minor benefits, like relief from fatigue and improved memory.

Coffee isn’t the only source of caffeine teenagers consume

Those drinks often contain sugar and chemicals that doctors say can also be harmful to kids.

How to get kids to cut down on coffee

A 2016 study from Brescia University College in London, Ont. found that parental role modelling was a big part of teens’ consumption of caffeinated drinks: in other words, if parents drank a lot of coffee, their kids would, too.

The study also found that the teens generally knew a lot about the possible negative health effects of caffeine, which helped researchers conclude that “further education” could help cut down on caffeine intake.

It’s also a good idea to limit teenagers’ coffee consumption in the afternoon and evening, and to ask them about their caffeine intake if they have trouble sleeping.

Overall, according to Dr. Miller, the healthiest ways for teenagers to get more energy are to sleep well, eat healthy food, and exercise.