An online forum called Reddit is sending the old guard of Wall Street into a tailspin: to date, they've managed to boost an ailing video game shop stock by 1700 per cent.

Like most stories that started on the internet, the following is a hive of web forums, technical jargons and joke-based memes.

But try and stay with the explanation, because it may change the way stocks are traded forever: 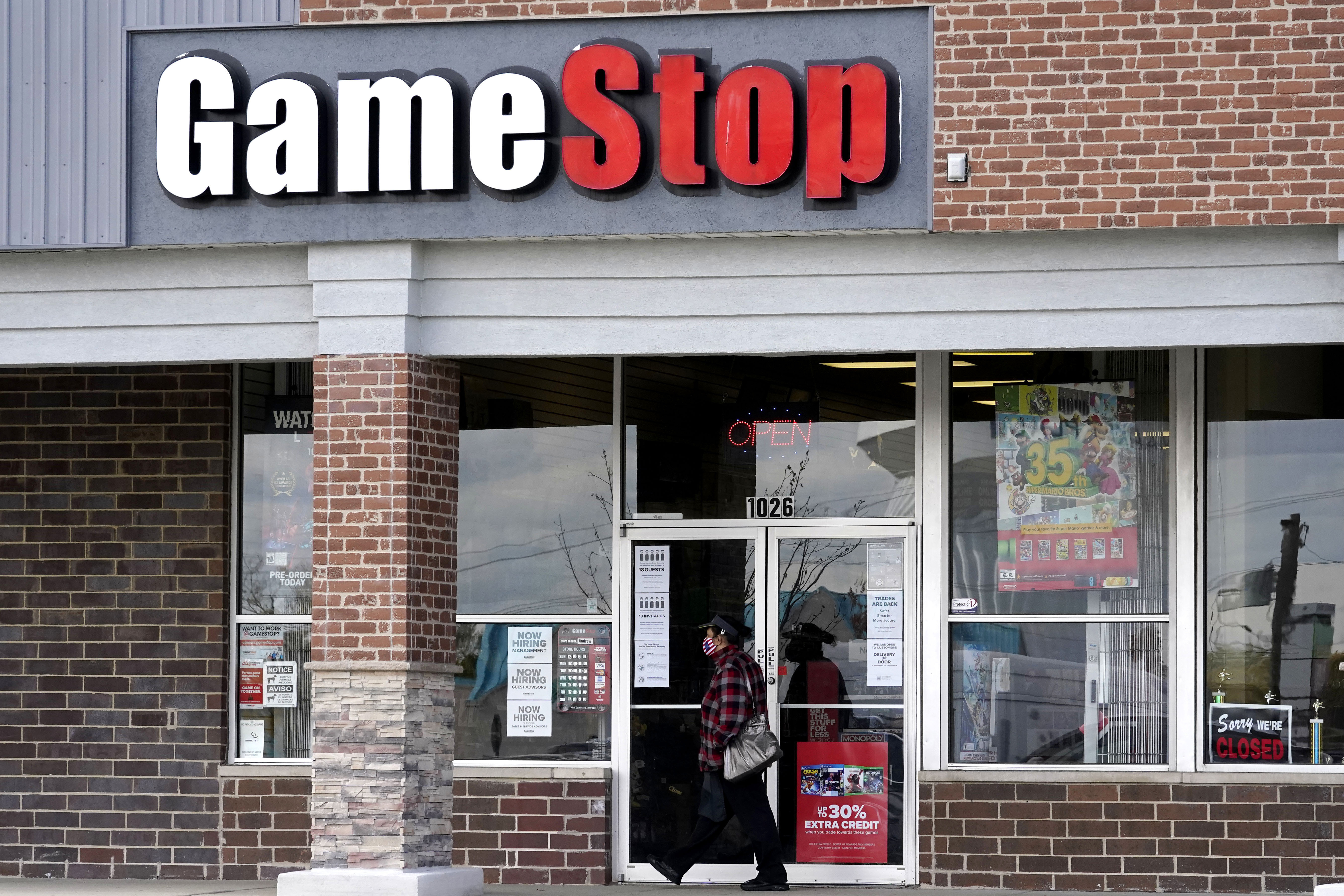 The cast of characters

Who's the monster and who's the hero, in this case, depends entirely on your perspective.

On one side you have a band of mostly young day traders who coordinate on Reddit to drive up the share price of struggling companies, including GameStop, but also BlackBerry, Macy's and AMC.

At least one Reddit user posted that he'd paid off thousands of dollars in student loans with his GameStop gains.

On the other side, you have hedge funds and short-sellers — those who've placed bets that a company's stock will crash. 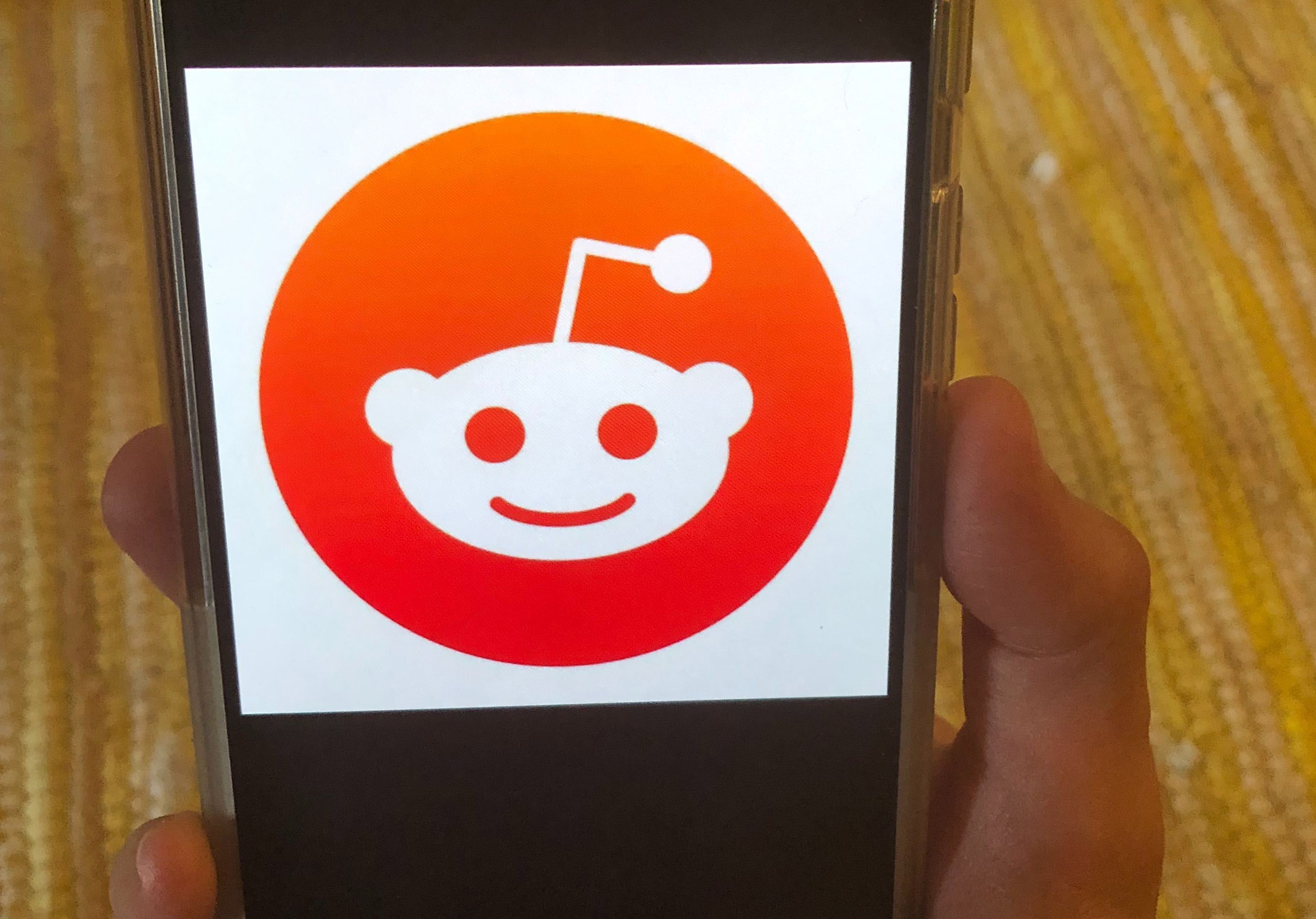 These are Wall Street elite, the sort of investors millions of people rely on to make the smart decisions that boost their portfolios. But they're detested by many Millennials and Gen Zers for creating a house-of-cards financial system that led to the 2008 crisis.

We're now, potentially, at the climax of this movie: GameStop is up more than 1,700 per cent since the start of January. Some trading platforms, including TD Ameritrade and Robinhood, are restricting trades on AMC and GameStop. The SEC and the White House on Wednesday both said they were monitoring the situation.

Here's the background you need to know:

The popular Reddit page, known as a subreddit, WallStreetBets is fond of targeting short-sellers. If you've ever played craps, these are the guys betting against the table, and their tactics, while often lucrative, have burnished their reputation as bloodsuckers and other, unpublishable, names. (More on that later.)

It's not hard to understand why someone would short GameStop, however. The company is expected to lose money this year and next.

Sales growth is sluggish because gamers no longer need to go to the mall to buy games or consoles. That said, some investors have argued that GameStop was seriously undervalued, especially when video games have become staples of the stay-at-home pandemic era. 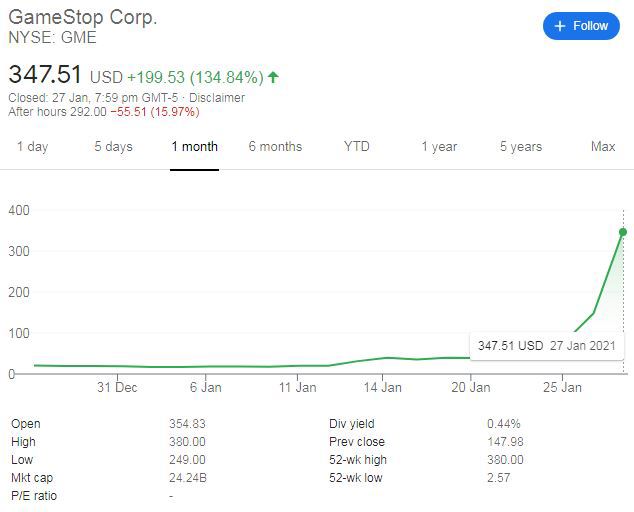 The GameStop stock surge began for a legitimate reason: The company announced on January 11 it had added three new directors to its board, including Chewy co-founder Ryan Cohen.

Investors liked that Cohen brought digital experience to the table, something the largely brick-and-mortar GameStop desperately needs, as video games go digital and malls continue their unending slump into irrelevance.

GameStop's stock rose a little less than 13 per cent that day. But this wasn't a normal, momentary stock surge. Two days later, it rose 57 per cent. Then 27 per cent.

The next week, it surged 10 per cent twice and 51 per cent another day. This week, it rose another 18 per cent, then 93 per cent and more than doubled today.

The reason is two-fold, both of which are far removed from anything related to the company's fundamental strength: Investors following the Reddit group bought a ton of GameStop options, and short-sellers had to buy shares to cover their losing bids.

On Wednesday, while all three major stock indexes tumbled, GameStop finished up a mind-boggling 134 per cent.

A similar story was playing out with shares of AMC, the movie theater chain that's been devastated by the pandemic.

Shares of the new WSB plaything were up more than 200 per cent Wednesday after members of the Reddit board and investors on Robinhood were touting the stock. The hashtag #SaveAMC was trending on Twitter.

Both AMC and GameStop spiked so rapidly Wednesday they triggered automatic halts designed to protect against volatility. 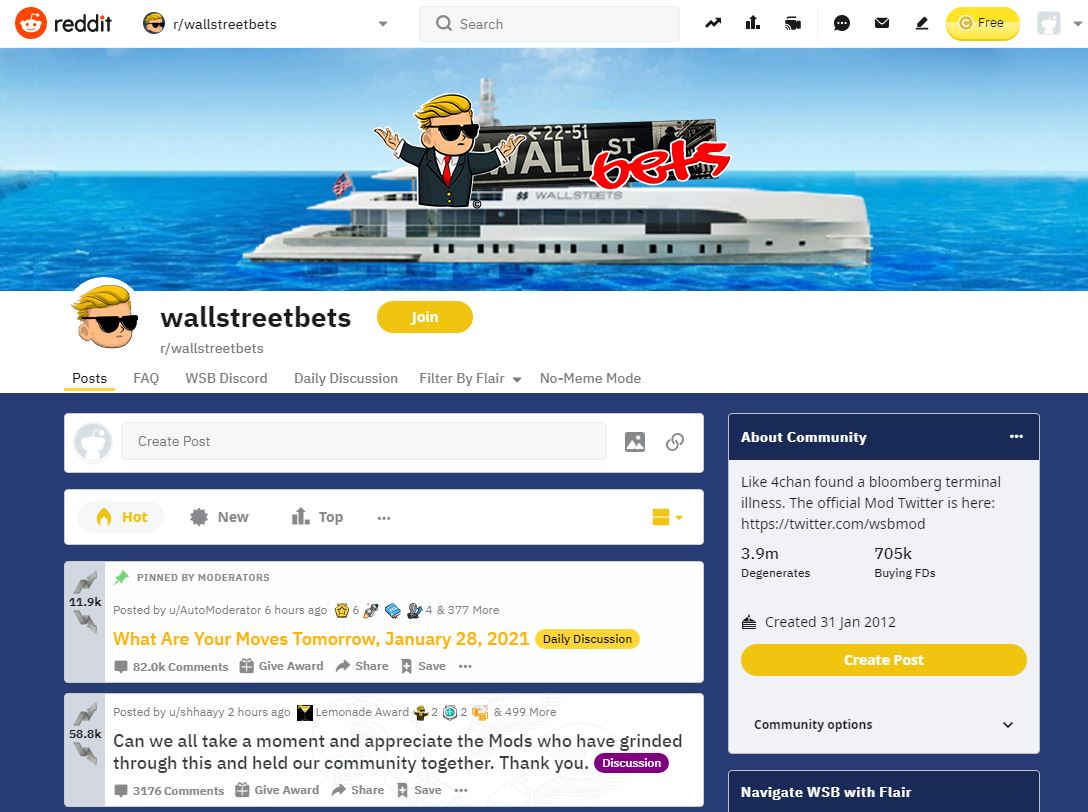 Why is this happening now?

The way people trade stocks has been upended by the rise of no-fee apps like Robinhood. That technology has democratised investing, giving armchair investors far removed from traditional banks free access to sophisticated trading instruments, like options.

Millions of young people are opting for the latter, which is partly why the sudden surges in GameStop and AMC have caught Wall Street veterans by surprise.

Options are bets investors place on a stock, allowing them to buy (a "call" option) or sell (a "put" option) at a particular price. That allows people to wager on whether a stock will rise or fall.

Investors can place relatively inexpensive options bets and sell those options as they rise in value when the stock price gets closer to their wager.

In the case of GameStop and other stocks targeted by WSB, traders keep buying options, forcing the investors selling those options to hedge their bets by buying up GameStop stock.

Short-sellers are investors who bet that a stock is going to fall. They borrow shares to sell on the market with the promise to buy back those shares at a later date. If they win the bet, they sold high and bought low, and they walk away with money in the bank.

If they lose the bet, that's called a short-squeeze, and they often hedge their losses by buying more shares of the company they bet against.

Short interest in GameStop surged toward the end of the year, as investors bet against the company's earnings potential. With a mega short-squeeze taking place, short-sellers began to hedge their bets, buying more stock to make up for their mounting losses.

READ:  Third stimulus package will be 'bigger than anything so far' 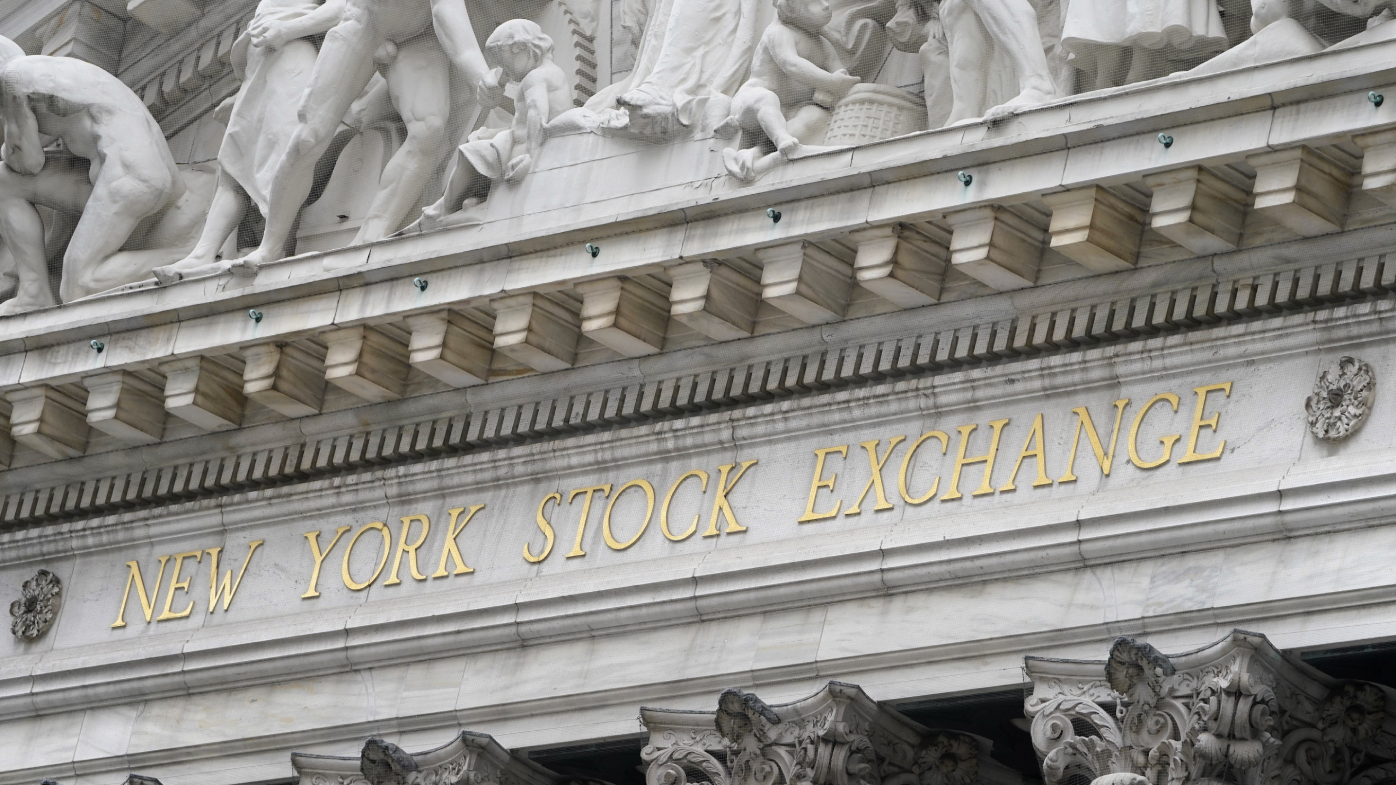 WallStreetBets, which has more than 2 million followers, is littered with posts cheering the stock gains and no small amount of righteous indignation.

"What I think is happening is that you guys are making such an impact that these fat cats are worried that they have to get up and put in work to earn a living," a moderator in the group posted this week."

"That fuzzy sensation you are feeling is called RESPECT and it is well earned. Wall Street no longer dismisses your presence anymore."

Elon Musk appeared to join the pile-on Tuesday with a single-word tweet — "Gamestonk!!" — that linked to WallStreetBets.

Tech investor Chamath Palihapitiya dipped his toe in the frenzy, buying call options on Tuesday but closing his position Wednesday, he told CNBC.

Palihapitiya said he would donate his profits to charity and defended the retail-investing phenomenon playing out on Reddit.

"Instead of having 'idea dinners' or quiet whispered conversations amongst hedge funds in the Hamptons, these kids have the courage to do it transparently in a forum," he said. "What it proves is this retail [investor] phenomenon is here to stay." 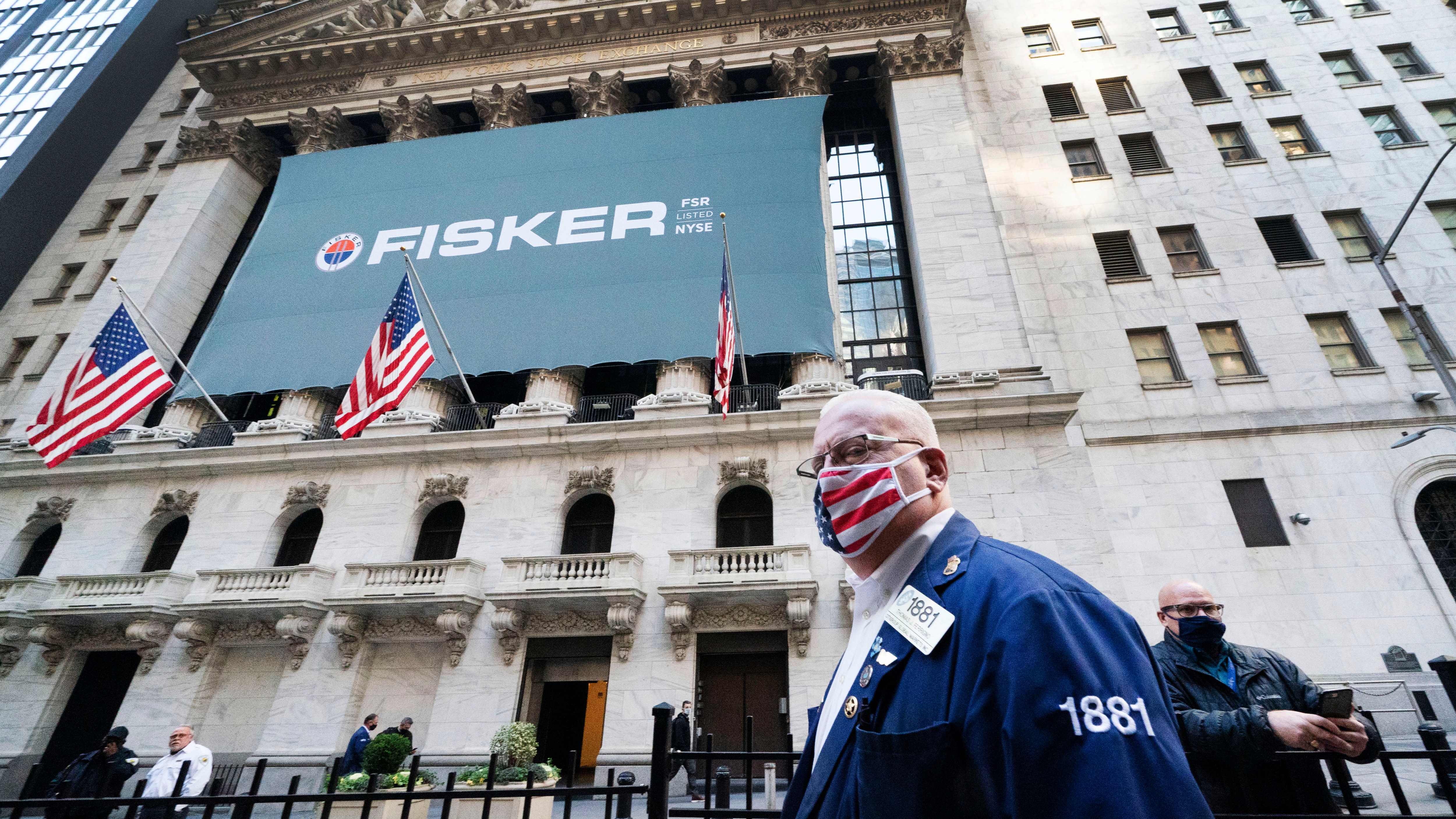 Isn't this a bubble?

There's an argument that GameStop was undervalued, but hardly anyone believes that GameStop, BlackBerry, Macy's, AMC, or any of the other companies that WSB is promoting have fundamentals to support these surging stock prices. At some point, reality has to set in.

But that's the problem with bubbles — get out too early, and you lose at a chance to cash out on top. So GameStop keeps surging ... until it won't anymore.

The GameStop saga is a battle of new school vs. old school, amateur vs. professional, rebels vs. the establishment.

At the moment, the kids are winning. But, like all bubbles, this one's going to burst at some point.