For states that have battled through months to years of intense drought, high temperatures and the recent bushfire crisis, the inundation has brought a welcome reprieve.

Parts of Queensland, Victoria and New South Wales have experienced some of the worst flooding in years as severe rain downpours washed over eastern Australia.

For states that have battled through months to years of intense drought, high temperatures and the recent bushfire crisis, the inundation has brought a welcome reprieve.

More water has rained down on David Buckley's farm in three weeks than in the past year. 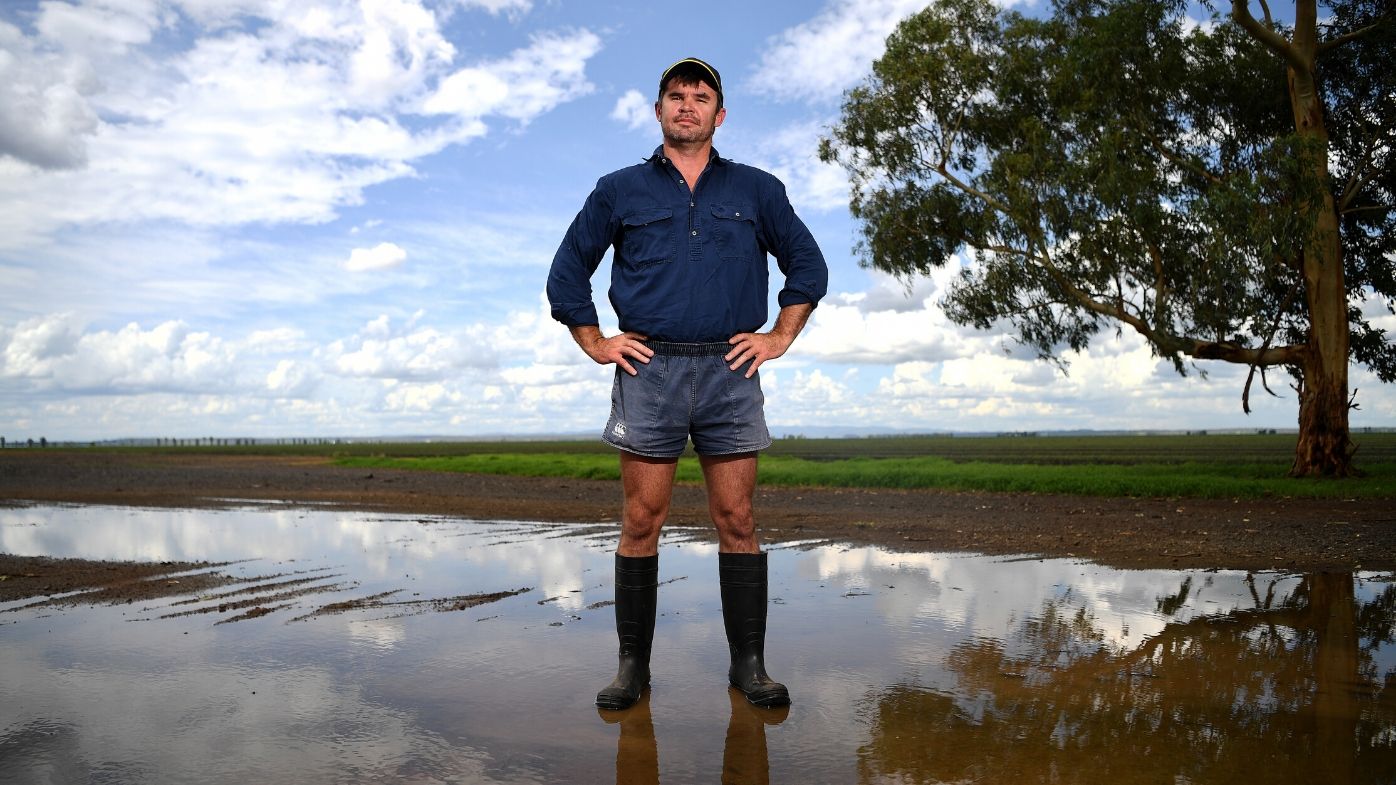 Since January, 220mm has fallen on his 89-hectare property, 220km north-west of Brisbane, giving him and his neighbours hope.

It has come as a relief to many in Queensland's farming community, with more than two-thirds of the state in the grip of a drought.

But they know more is needed to break the dry spell.

Mr Buckley has watched friends and neighbours pack up and sell off their farms over the past two years, as their dried-out land crippled their income. 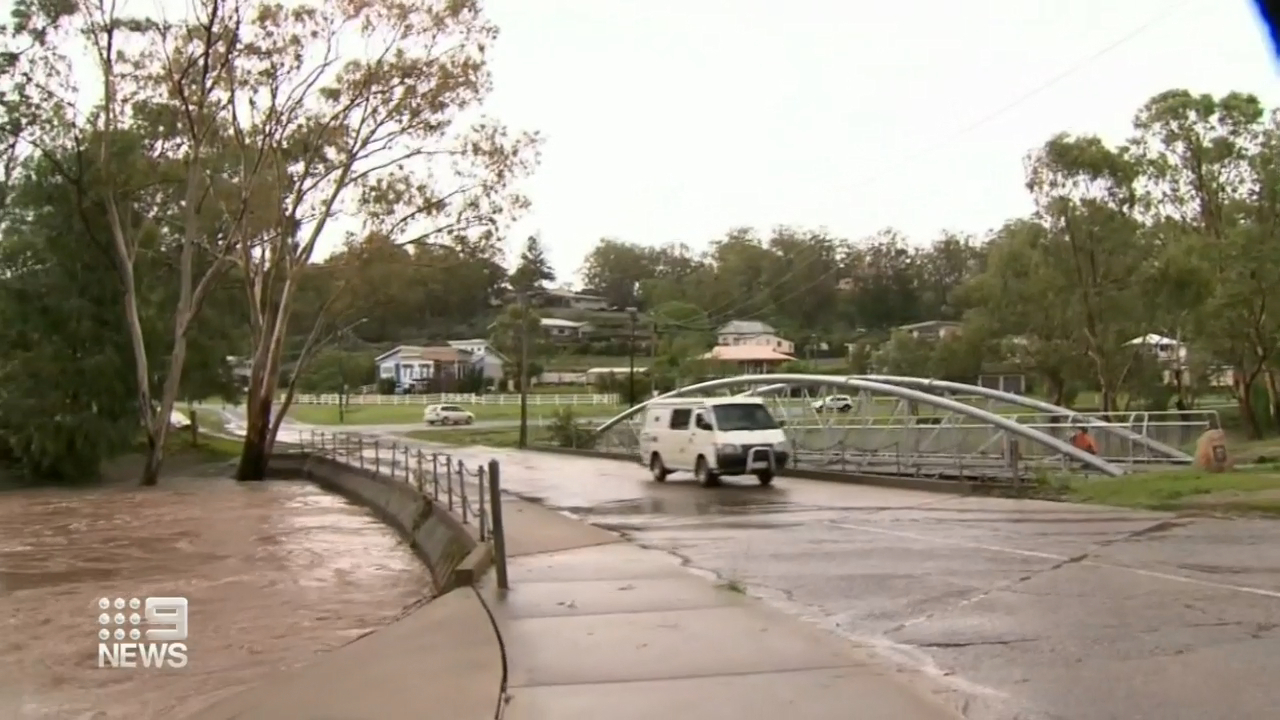 "You would wake up and it would be the same blue sky and 35 degrees every day," he said.

It has been a stressful time for many in the southern and western corners of the state, with consecutive seasons yielding increasingly poor results.

Like Mr Buckley, many farmers in the Western Downs had missed out on most of their summer crops.

If it was not for a 160mm downpour in January, Mr Buckley said his season would have brought nothing. 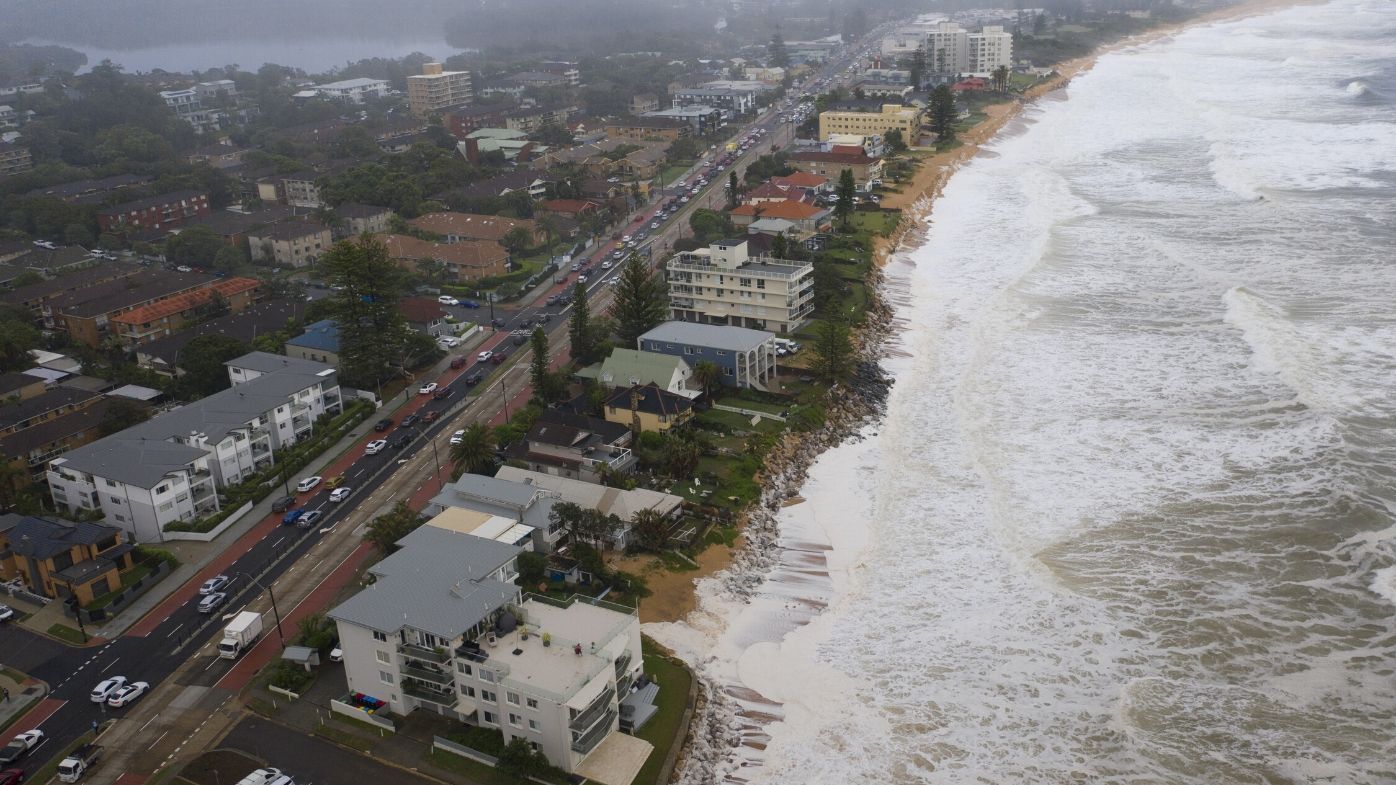 The rain reprieve gave him a chance to plant 270 acres of millet, which is mostly used in bird seed.

"It doesn't rain money. We still have to plant a crop and wait six months for that," he said.

But Mr Buckley said his community has come together to help each other through.

"You get together, make sure everyone is alright and they haven't got the suicide watch in their head," he said.

"It is concerning for some people, especially when they haven't had a crop or income for two years." 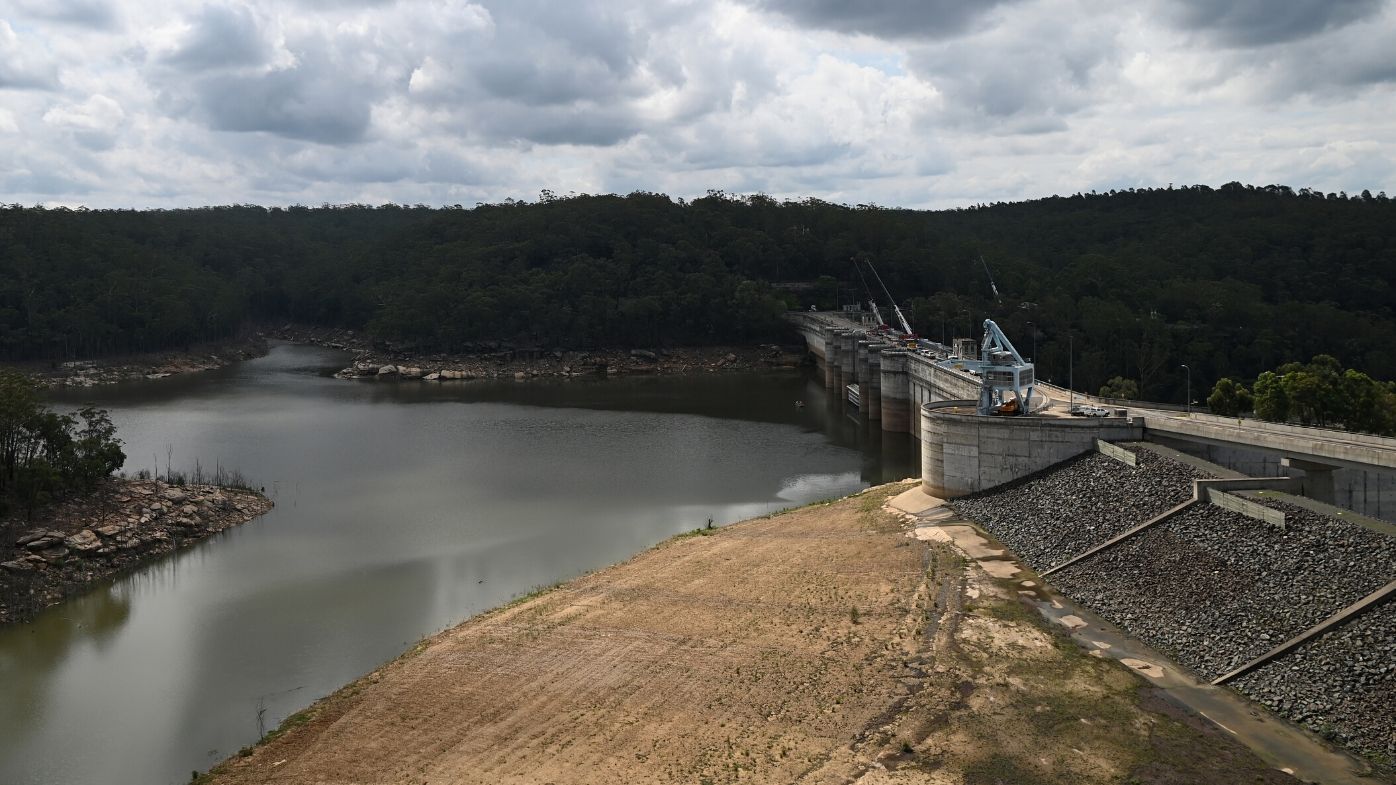 Meanwhile, in Victoria the rain brought some relief for the coastal town of Mallacoota and other parts of the state's bushfire-ravaged east, but normality is a long way off.

Victoria has been spared the worst of the devastating storms that lashed NSW, despite pockets of heavier rain causing some disruption.

Mallacoota had 10mm on Monday, while Mt Delegate, on the NSW border, recorded 18mm after 26mm fell in the previous 24 hours.

Despite the rain, the devastating effect of the blazes remains for local communities and assessments for recovery and rehabilitation work continue. "The roads are now open so we've got medical supplies, but Mallacoota is not going back to normal, not at all," Dr April Armstrong told AAP.

"The tourism industry is zero, the caravan park is not taking bookings, the local business people have no business and no money and people have lost their jobs."

She left the town on Saturday after working at the medical centre, which had stayed open around the clock during the fires as a makeshift hospital.

"There's still fires between Cann River and Mallacoota, the rain has helped a little bit, but it doesn't stop the big trees that are burning on the inside," she said. 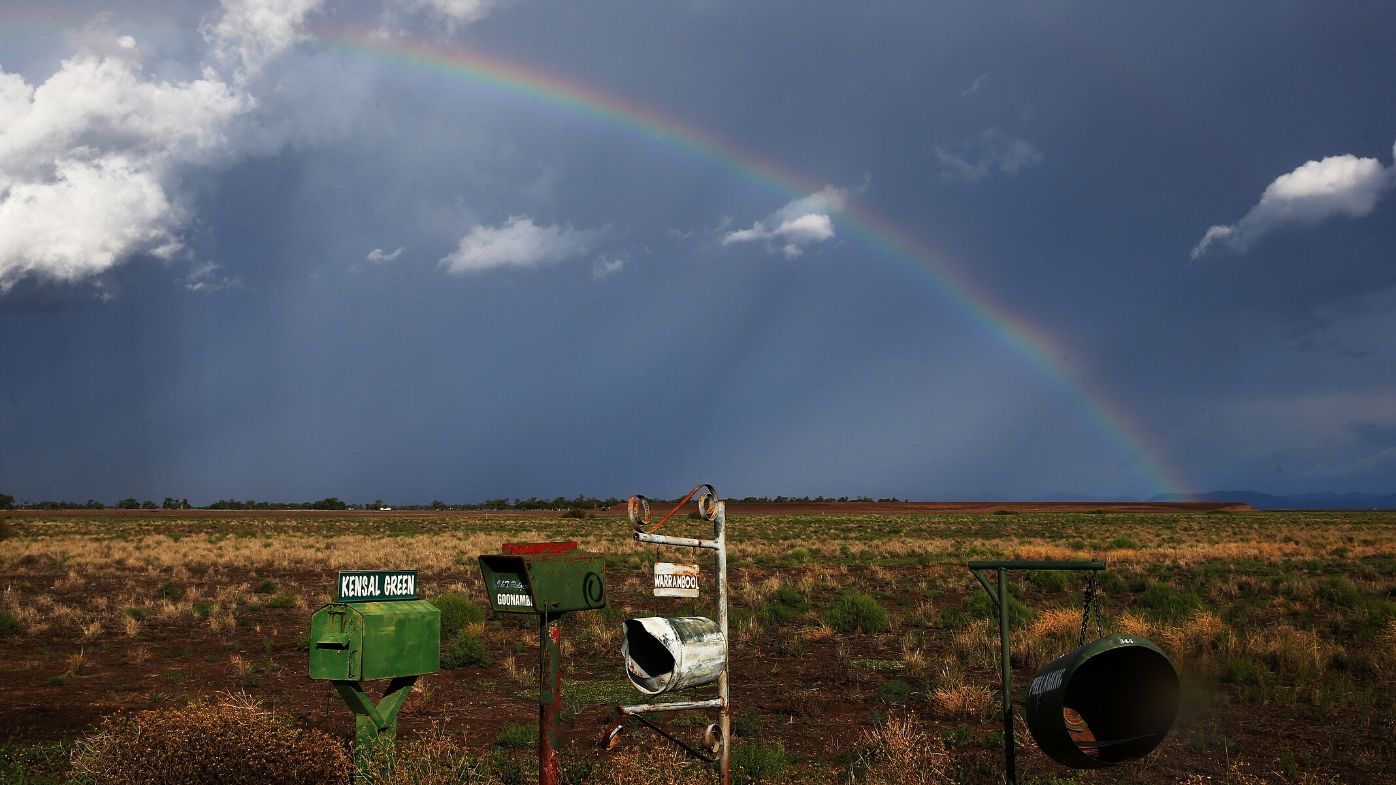 The active megablaze within East Gippsland presently covers about 650,000 hectares. While the rain did not douse Victoria, it boosted spirits on the fire ground.

"The damper weather not only gives crews some temporary relief, but also helps out forest recovery and regeneration in the burned areas," the Department of Water, Land and Planning's Gippsland office said on social media.

Emergency crews had been on standby on Monday to clean up and remove any hazards from the roads, with machinery deployed in fire-ravaged areas including Orbost and Genoa.

Storms and showers are expected throughout most of Victoria until Saturday. 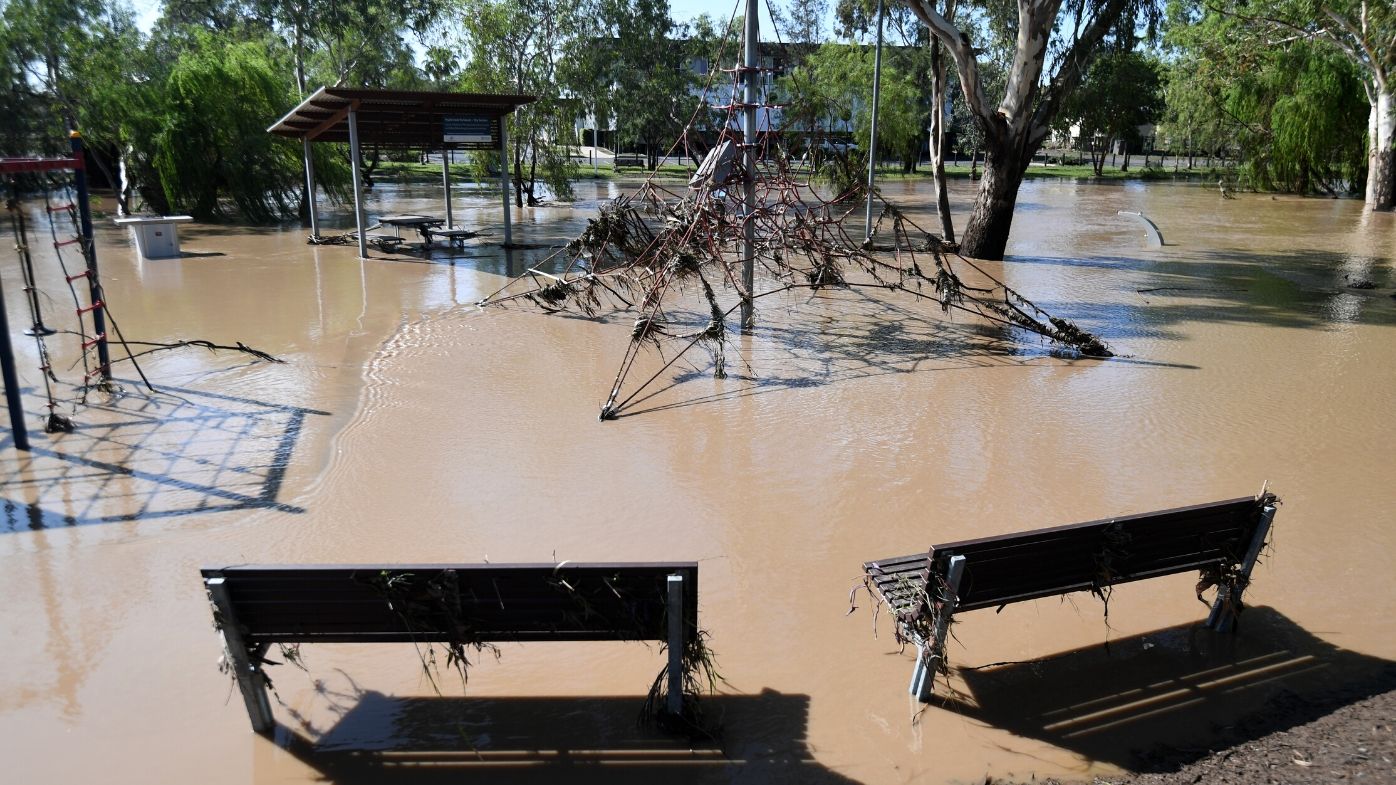 Further north, the NSW township of Robertson in the Southern Highlands received the biggest falls in the state, receiving 698mm since Wednesday as of 9am Monday - 500mm on the weekend alone.

Castle Cove was the wettest area in Sydney, recording 456mm since Wednesday. Sydney itself received 391.6mm, its wettest four-day period since 1990.

Byron Bay in the north recorded more than 300mm, while parts of the south coast recorded 150mm to 200mm.

The downpours meant dam levels across greater Sydney rose by more than 20 percentage points over the past week, sitting at 64.2 per cent on Monday.

The RFS also said the rain helped firefighters extinguish more than 30 fires, some of which had been burning for months.

Elsewhere, some drought-affected communities in the Southern Tablelands, northwest and central west of the state have welcomed rain, but the Bureau of Meteorology says it will take prolonged follow-up falls to break the drought.