As in many Afghan households, dinner at Dr. Yousuf Aryubi's home meant the whole family — his mother, his siblings, their children — sitting on the floor together around a mat laid with food on the carpet.

During one recent dinner, Aryubi confided to his youngest brother that he was worried. A patient he'd seen that morning had a cough and high fever.

Within two weeks, Aryubi and two of his siblings were dead, and dozens of family members were infected with the coronavirus. 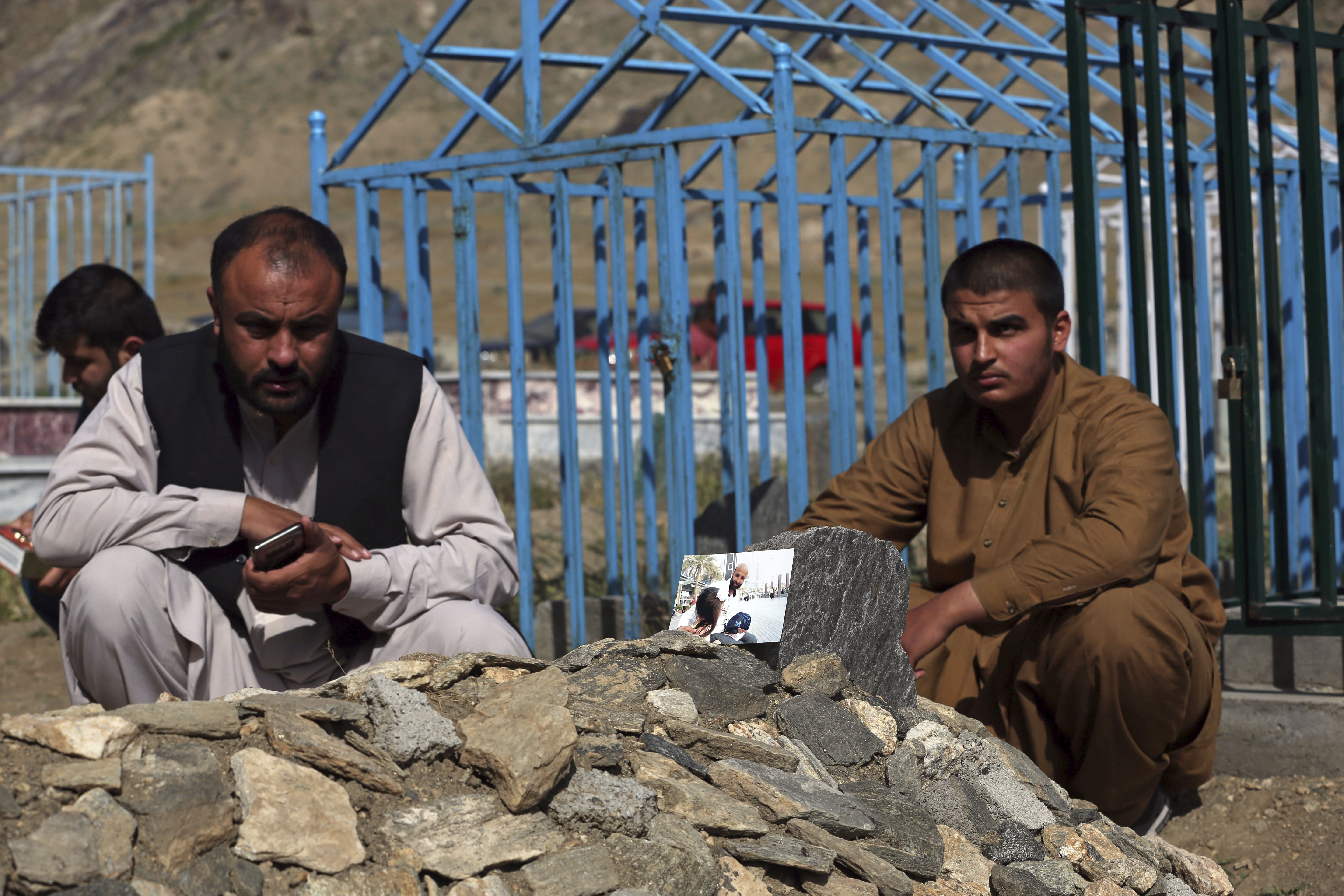 Most crushing for them: they assumed the symptoms spreading among them were just a bad flu because the hospital never told them the results of their coronavirus tests, Aryubi's youngest brother, Behtarin Paktiawal told The Associated Press.

The trajectory of the family's tragedy points to how a broken-down health system, slow government response and public attitudes have left Afghanistan deeply vulnerable to the global pandemic.

After billions of dollars in international money, much of it from the US, the Afghan capital barely has a hospital that works.

Amid the ongoing war, massive government corruption has left resources depleted, institutions dysfunctional, and the health care system ill-equipped to deal with even basic ailments. 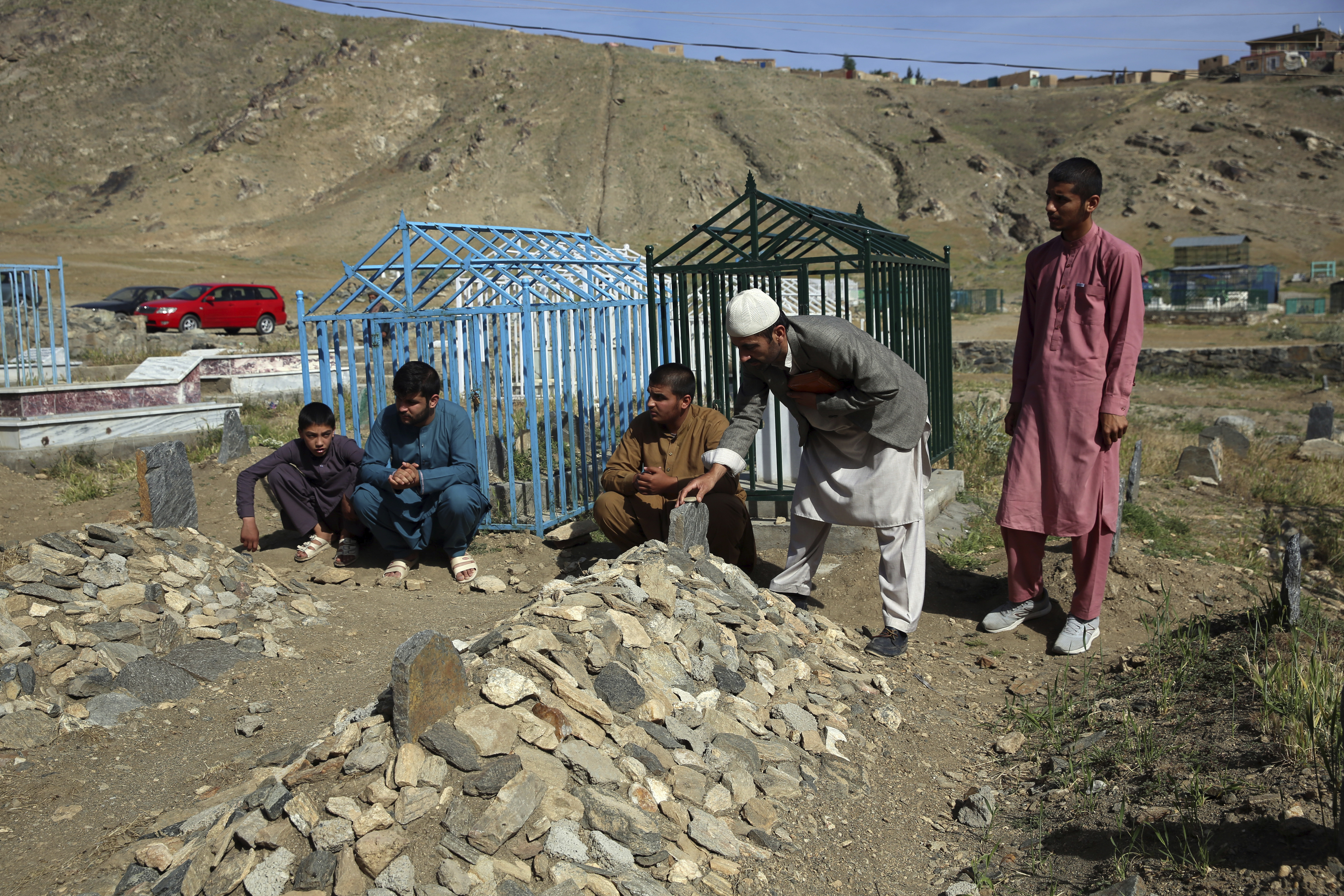 Afghans have become increasingly poor, with 54 per cent of the population earning less than $1.50 a day in 2019, a rate likely mounting amid the pandemic.

The country has had more than 11,000 confirmed coronavirus infections and more than 219 deaths, but the numbers are likely higher.

The Aryubi family lives in a single building in a middle-class district of Kabul — Dr. Aryubi, a 53-year-old pediatrician, with his wife and two of his four children; his four brothers and a sisters with their families; and their 70-year-old mother.

Three of the brothers work in the family company, importing cars and car parts from Dubai and Germany.

Aryubi felt a light fever on March 30, a Monday, a day after he met with the patient.

READ:  Jacob Blake breaks silence after being shot by US police 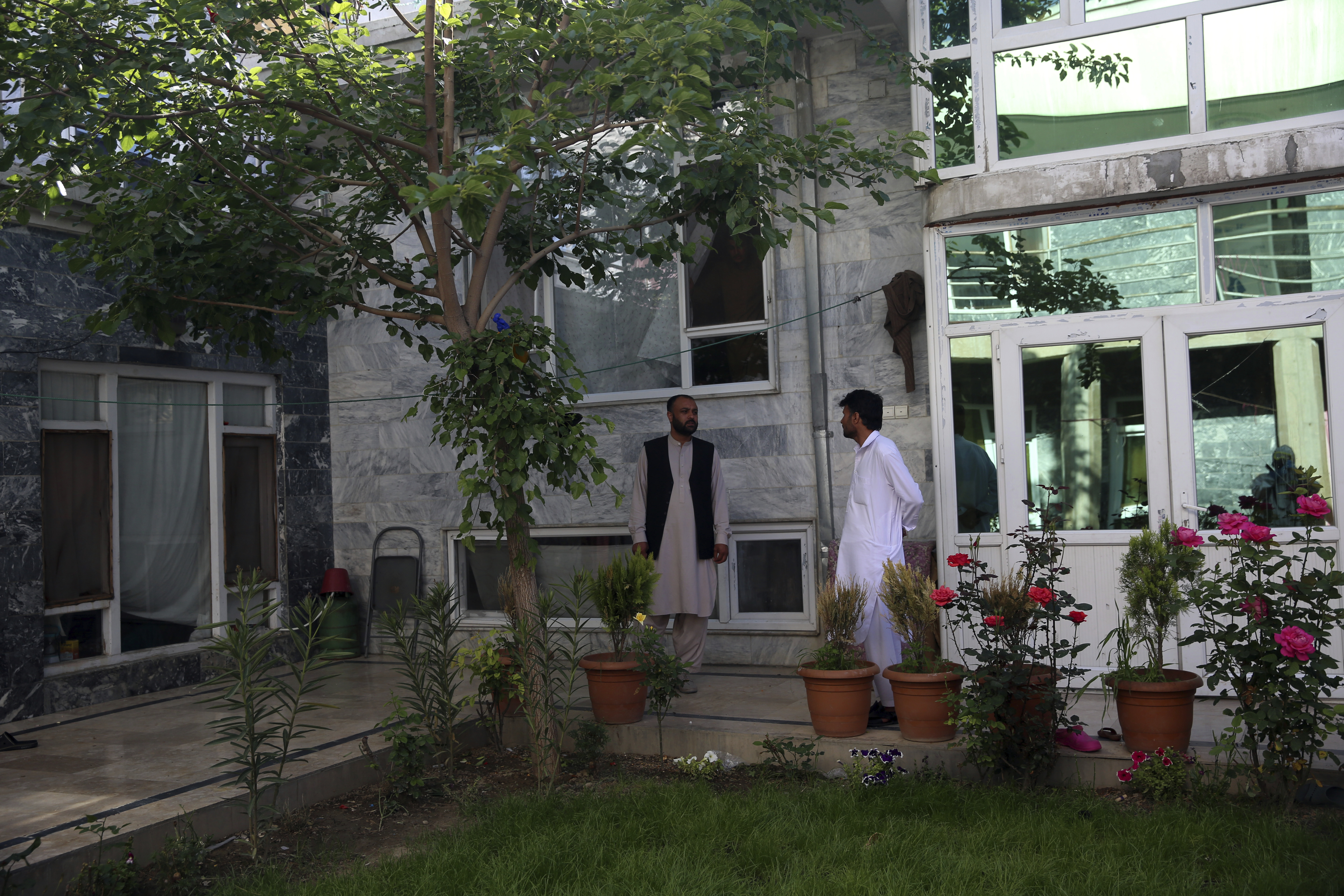 By Wednesday, he was worse, and his youngest daughter, 21-year-old Mariam, also had a fever. Paktiawal drove him and Mariam — all three of them wearing masks and gloves — to the Afghan-Japan Communicable Disease Hospital, one of Kabul's two facilities for coronavirus testing and treatment.

"The hospital promised to call us within 24 hours if the result comes positive and then to send an ambulance to isolate them," Paktiawal said.

Thursday passed with no word from the hospital, so they assumed the tests were negative, Paktiawal said. Aryubi and Mariam went to a private clinic, where the doctor diagnosed them with the flu and gave them paracetamol.

At dinner, they were all together again, Aryubi, his mother and the male relatives around the carpet in one room, Mariam and the female relatives in the other, laughing and eating as normal. Over the next days, Aryubi's sister, his brothers, his wife and his mother, one by one, started coughing or fell into fevers.

On Monday, April 6, with everyone in the family sick and Aryubi worsening, Paktiawal went back to the Afghan-Japan Hospital. After several hours of asking around in vain, he found a long list of test results tacked on a wall.

There on the list were his brother and niece, both positive. 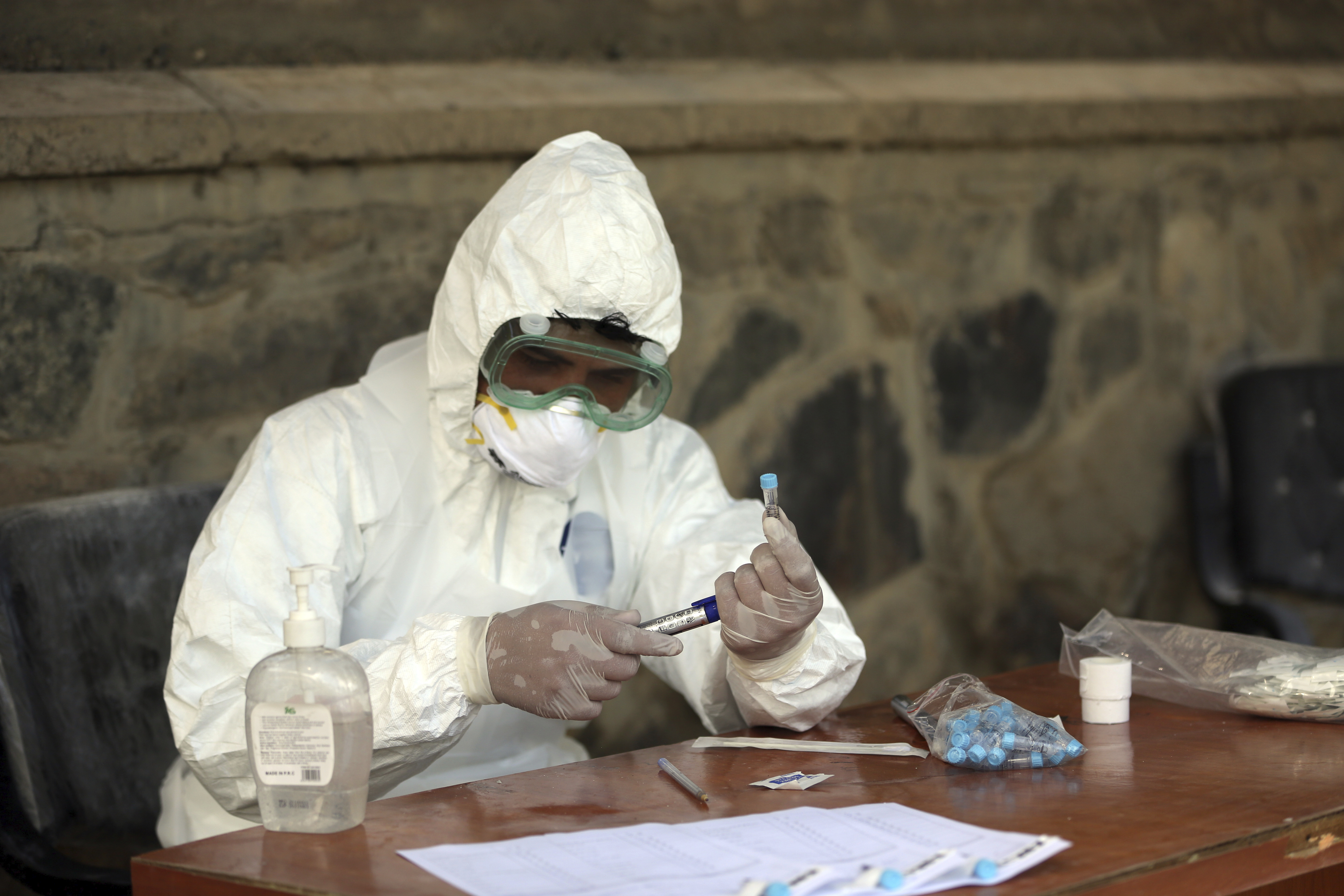 He called home and told everyone — all 34 family members — to come immediately to the hospital for testing.

They brought Aryubi and tried to admit him to the hospital, but the staff refused. In an ensuing argument, a doctor hit Aryubi in his face, breaking a tooth, Paktiawal and another brother said.

The Afghan-Japan Hospital, built in 2014 with funding from the Japanese government, typifies the health system's woes, though it is better off than many other facilities.

In the early weeks of the pandemic, suspected coronavirus patients complained of being turned away or of tests lost. It took weeks for staff to get enough protective gear, leaving them afraid to treat patients. The hospital sees up to 600 patients a day for testing but can only analyse 150 tests a day.

With better gear, it has taken in more coronavirus patients — around 80 currently.

In the provinces, many under-supplied health workers still fear suspected virus patients, refusing to admit them and telling them to buy an oxygen tank in the market and stay home. "Medical workers on the front line in the fight against COVID-19 don't have enough experience which causes us to face bigger challenges," he said.

The hospital has gotten no new funding since it was dedicated to coronavirus treatment. Many of its staff have not been paid for the past two months, he said.

The government's response to the pandemic was slow, even as more than 200,000 Afghans flowed in from Iran, where the virus was raging.

Herat in western Afghanistan, which received the bulk of returnees, was not equipped with testing facilities until April. 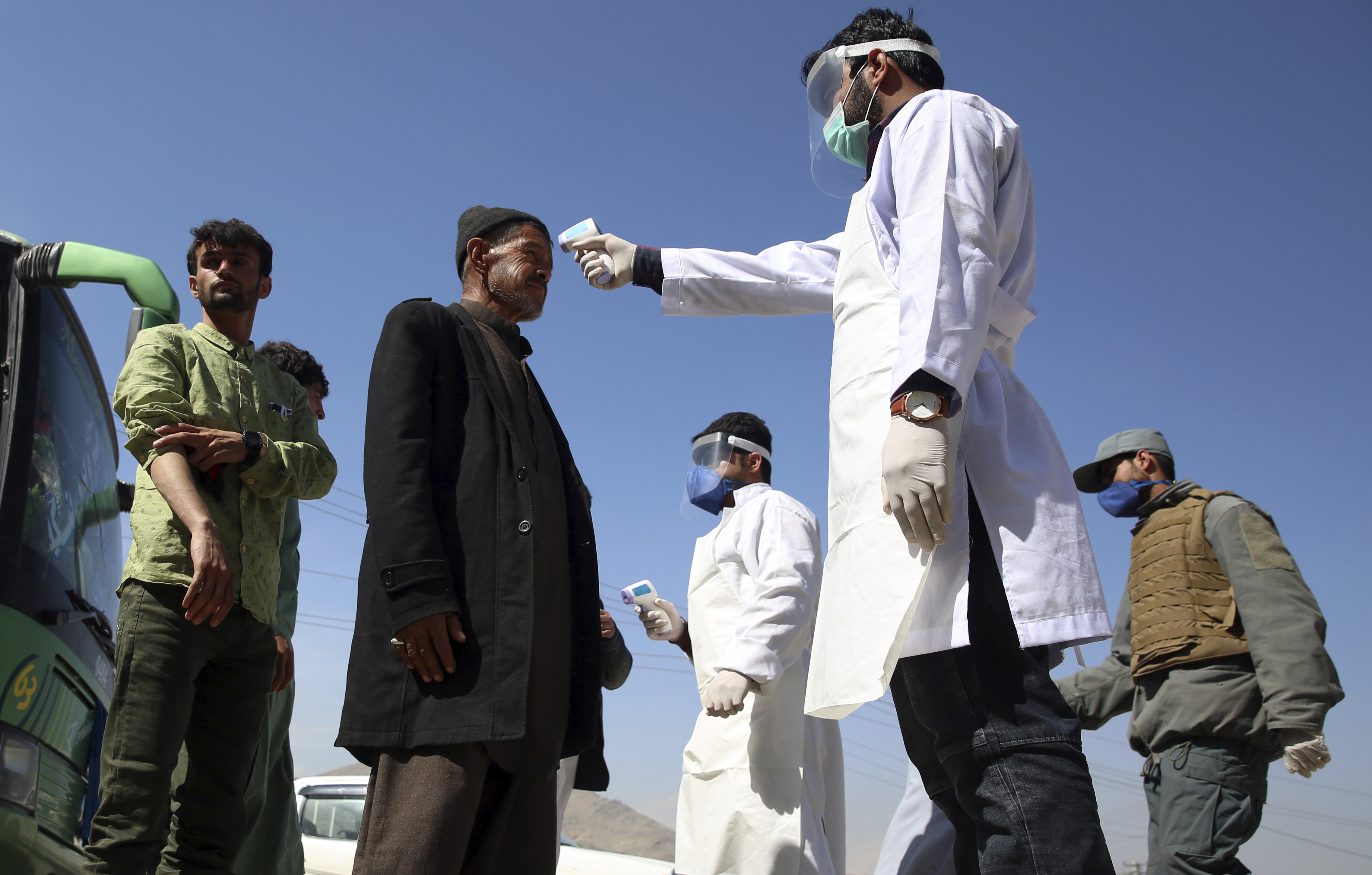 Political infighting between President Ashraf Ghani and his rival Abdullah Abdullah, both of whom insist they won last year's presidential polls, seemed to push pandemic measures to the back burner.

The government closed schools and universities on March 14, then put Kabul under lockdown two weeks later.

Residents are allowed to leave their homes only for medical needs or groceries. But the rules are widely flouted.

After being tested, the Aryubi family immediately quarantined themselves at home and another building. Their neighbours fled, moving out of their homes. Grocery stores refused to deliver to the Aryubis.

"People ran from us like we were monsters," Paktiawal said.

Desperate for help, the family called relatives in Paktia province. Four cousins came with their wives and children and stayed with them. Soon they too were showing symptoms — bringing the total number infected in the family to 46.

On April 10, Aryubi's sister Gul Khomar died. More relatives came from the village to attend her funeral at a Kabul graveyard. Police had to push them back, pleading with them to keep a distance from her body and the family.

On April 11, Dr. Aryubi died, followed three days later by one of his brothers, Fazil Rahman.

The rest of the family languished in quarantine. Paktiawal tried to be admitted to the Afghan-Japan Hospital, but the staff fled from him after he showed a high temperature, he said.

His brother Hayat Khan posted a YouTube video from inside the home, saying they had no help and accusing government corruption of wrecking services. "The government doesn't give a damn about us. Everyone has forgotten us," he said.

It took weeks but the family's symptoms faded with no further deaths. Paktiawal now puts out YouTube videos to educate the public on how to deal with COVID-19.

"I never believed in this disease, I used to say, it is a lie, it is a propaganda," he told the AP.

"We have realised... it's a huge danger, and for those who neglect it, it can cost them their lives."