About 60 koalas are being looked after at the Kangaroo Island Wildlife Park.

Vets, volunteers and wildlife carers have a huge job on their hands after a devastating bushfire ripped through a popular tourist destination off the coast of Adelaide last week.

There are about 60 koalas currently being cared for at the Kangaroo Island Wildlife Park, with varying degrees of burns and injuries.

Experts have explained how dedicated carers are helping the koalas heal, with the hope of releasing them back into the wild once they are healthy enough. 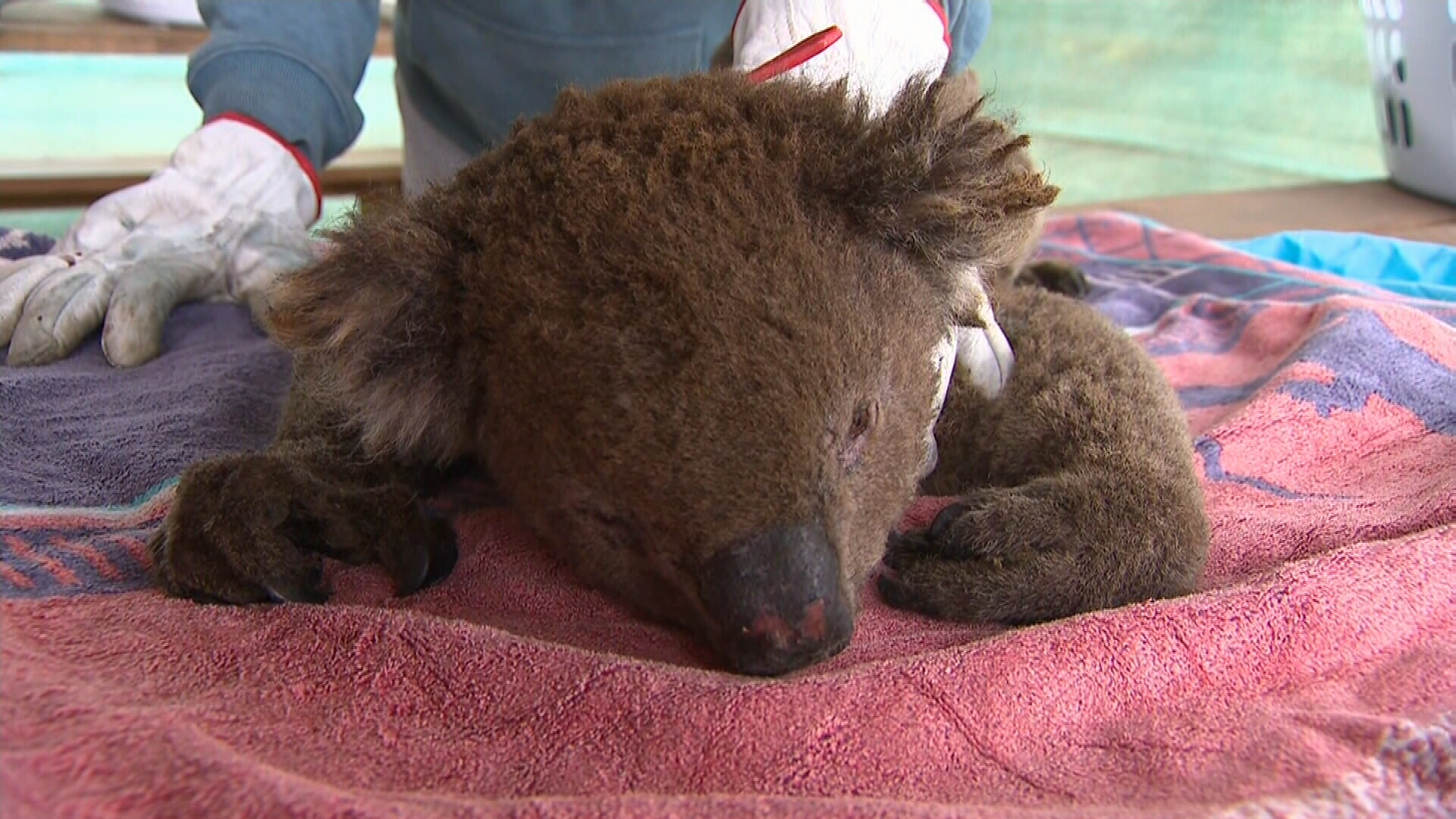 One adult male koala being looked after at the facility suffered burns to his feet and legs, had his fur singed, and has smoke damage to his lungs.

The injury to one of his legs was described by Veterinary Officer Garnett Hall as being: "like a very severe burn in a human who walked across hot coals, which is pretty much exactly what's happened to this poor bloke".

"He's a very sick koala but he's one that we do have hope for. If we dress these wounds appropriately, get him on some medications and gave him lots of nutritional support then his prognosis is fair," he added. 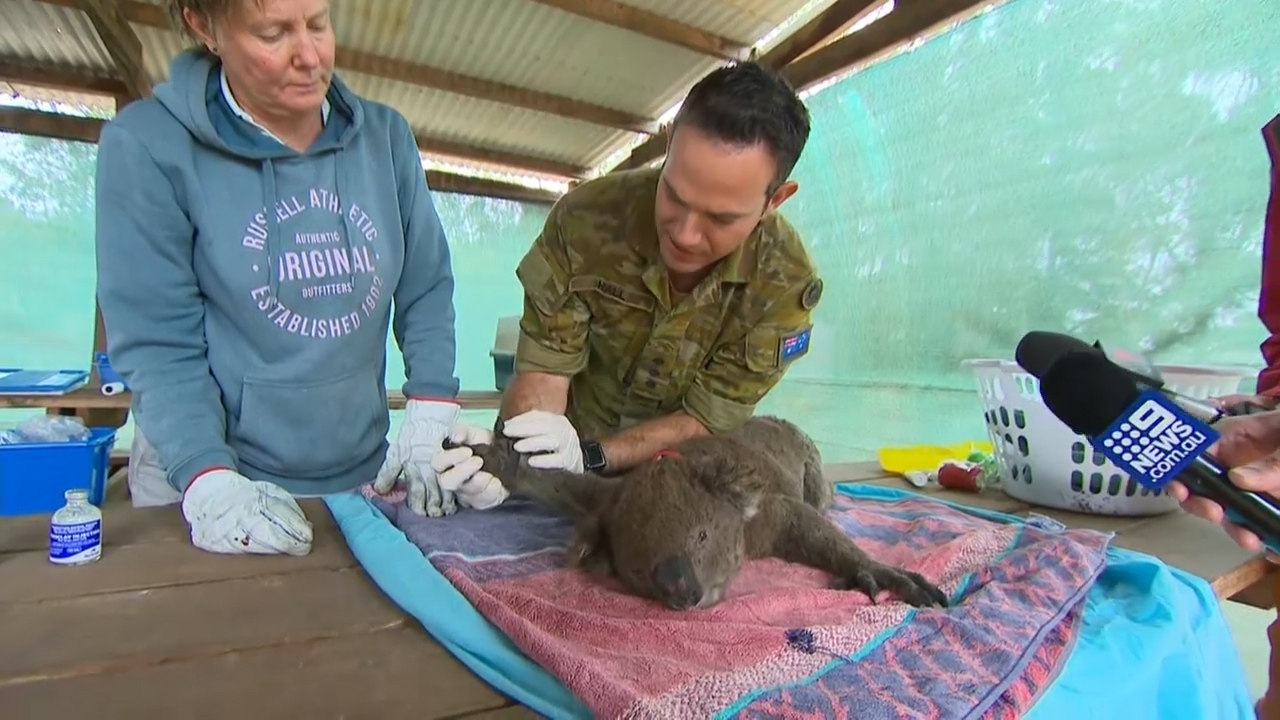 Mr Hall explained how koala's wounds can get easily infected as their normal immune system is too vulnerable to fight the injuries.

He said many of the animals need to undergo "debridement".

This is a process that removes burnt and dead tissue, a treatment that will need to be repeated "many, many times". 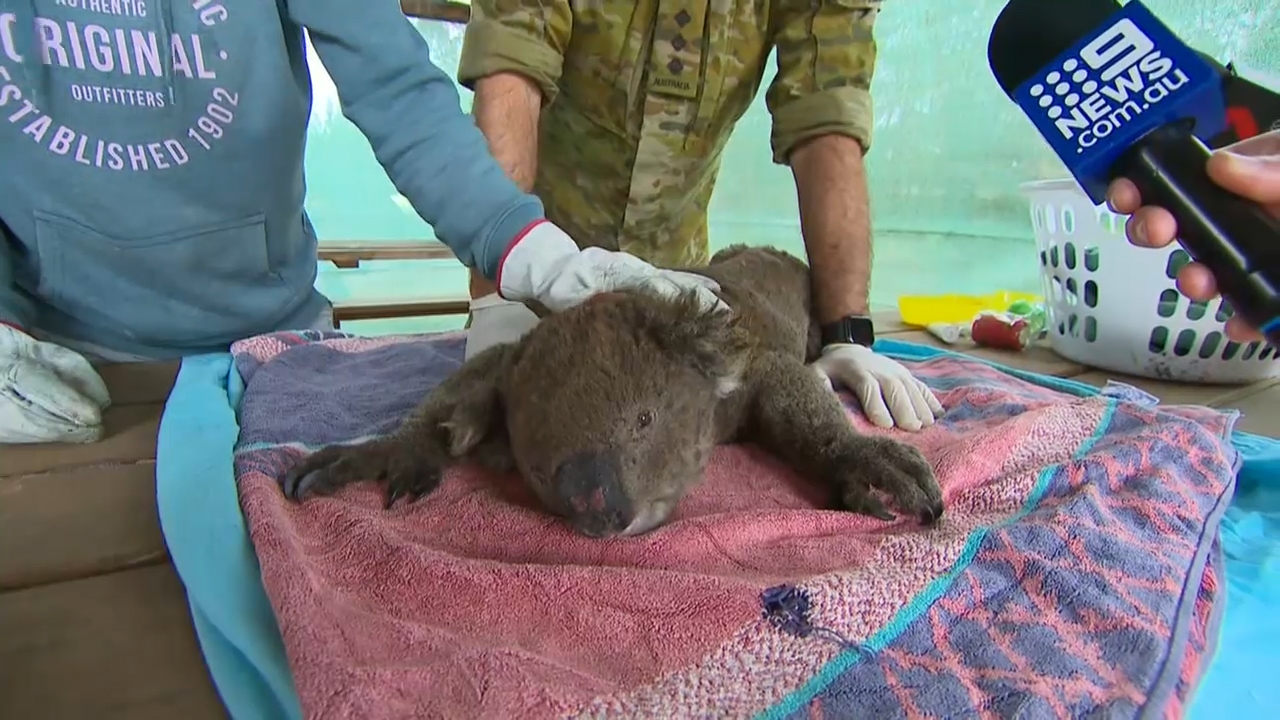 The koala population was previously "very healthy" on the island, but by some estimates 30,000 of the creatures have been wiped out by the fires, Mr Hall said.

"They do have a special place in the heart of the locals, they're very much part of the identity.

"It's amazing that some have survived but they have and we're going to do our best to get them back to full health and ultimately back to the wild," he added.