Keane Mulready-Woods should have been celebrating his 18th birthday this week. But the Irish teenager’s life came to an end last month, in a murder so brutal in nature that it has drawn comparisons with TV show “Narcos.” 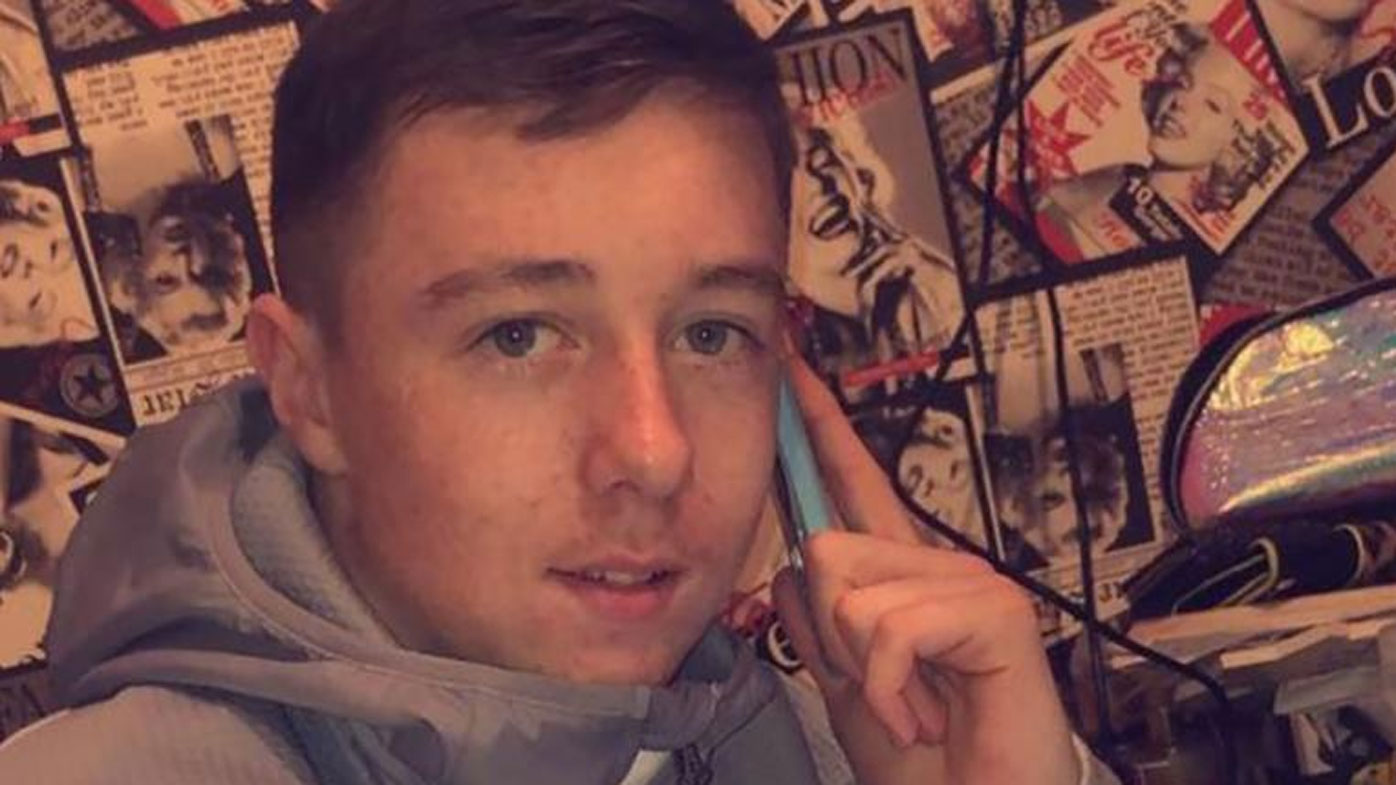 Keane Mulready-Woods should have been celebrating his 18th birthday this week. But the Irish teenager's life came to an end last month, in a murder so brutal in nature that it has drawn comparisons with TV show "Narcos."

Ireland's ancient town of Drogheda - pronounced Draw-head-a - has become the setting for feuds between drug-dealing gangs that have claimed three lives in grisly tit-for-tat attacks.

A day after Mulready-Woods went missing on a cold Sunday evening, parts of the boy's dismembered body were found in a Puma gym bag in north Dublin, 50 kilometres away, police say.

Other body parts were found in a burning car in the capital. Irish media reports say Mulready-Woods' limbs were in the bag, and his severed head, hands and feet in the burning car. His torso is believed to still be missing.

The murder paints a dark picture of Ireland's changing underworld, which is increasingly recruiting boys and young men to carry out acts of violence, often to enforce debt payments as the country's addiction to drugs like cocaine grows. Years of austerity have left Drogheda without adequate social services and opportunities to keep young people off the streets, residents there say.

Irish politicians have descended on Drogheda in the weeks leading up to Saturday's general election, amid growing concerns over crime and gang violence. 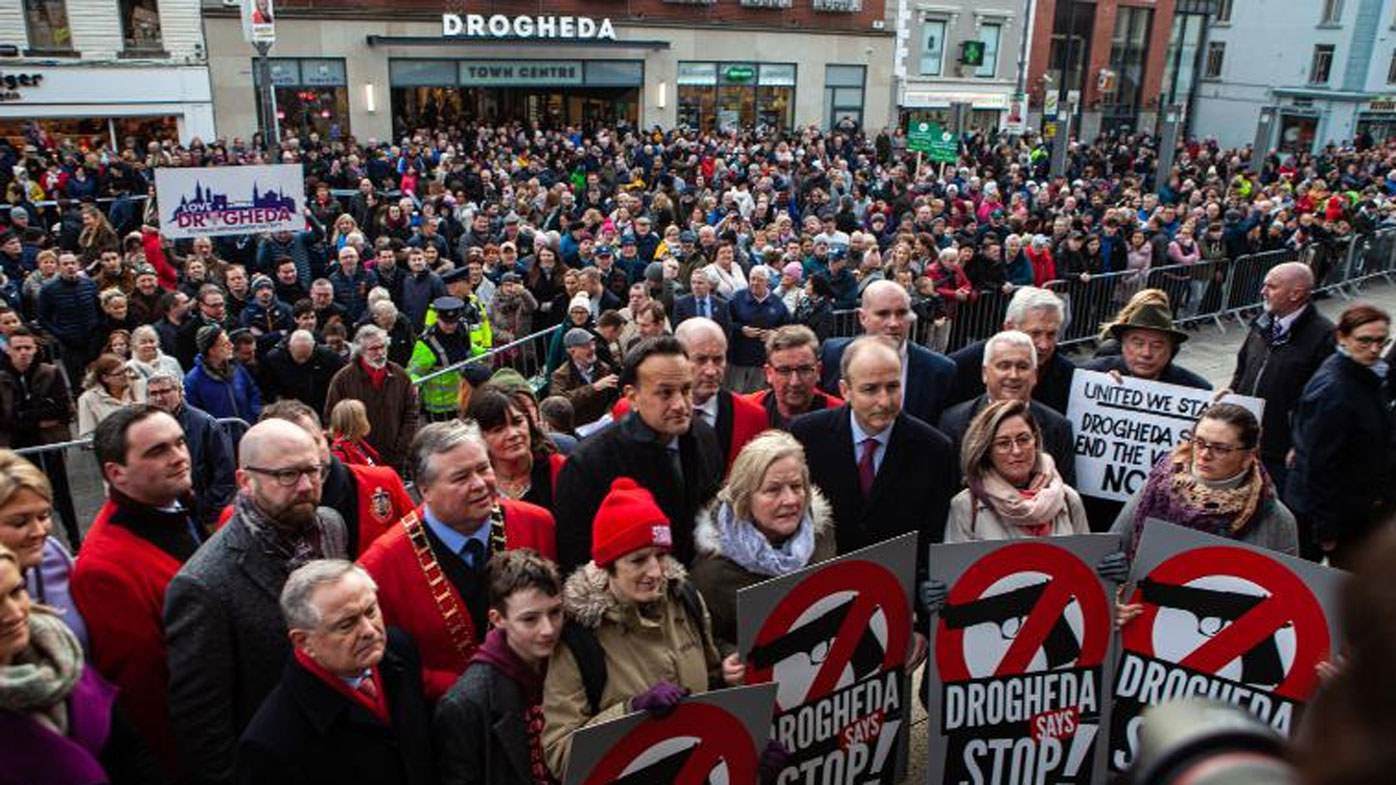 The Drogheda drug feuds escalated in July 2018 with the shooting of a man linked to crime in the area, according to the Irish Times. He survived the hit but was left paralysed. Tit-for-tat reprisals have been going on there ever since.

The violence has been largely contained to a small number of social or council housing estates in the town's north, but thousands joined a march in the town center recently, in a show of unity against the gangs.

At the rally was Louise Mahony, manager of the Red Door Project, which offers services to people with drug and alcohol problems.

"Today, we march to say enough is enough," she said to a crowd at the rally, according to video posted on Twitter. "Enough under-resourcing, enough short-term quick fixes, enough of Drogheda being treated as a second-class town."

Gwen Fearon, a concerned Drogheda resident and the director at Stockwell Artisan Foods, also said austerity had left the town with a weakened police presence and not enough for young people to do.

"If more money was put into youth clubs and youth training, it would keep the youth occupied and give them another interest. Instead they're out, being groomed by gangs," she told CNN.

"Everything was cut when we went into recession. There's no funding, no money for drug outreach. This is just what happens when you cut police, resources and counseling for youth."

Current Taoiseach, or prime minister, Leo Varadkar joined the rally and earlier visited Drogheda after Mulready-Woods' murder, vowing to "make this town safe again" and to have those responsible jailed.

Fergus O'Dowd, who represents the community in the national parliament and belongs to Varadkar's ruling Fine Gael party, admitted a shortfall in state services to address drug addiction and youth crime, saying in a statement that private service providers were "filling the gaps."

When asked by CNN to elaborate, he said Varadkar had "given me a commitment that Drogheda will have a drugs community tasks force" to address the problem. A "huge" investment had been made in education and significant investments in deprived communities, he added.

A report on drug markets in Europe shows a growing trend in Ireland in the recruitment of boys and young men to carry out violence, as a means of intimidation to collect drug debts from users.

It also points to "hotlines" and social media accounts being established in towns and rural areas through which people can order drugs, in what a European drug agency calls the "uberisation" of the trade.

A three-tier hierarchy has evolved among Ireland's gangs, with "a lower tier of highly disadvantaged young people generally involved in bullying, assaulting, stealing, vandalising and spreading fear on behalf of the network," the report says.

A second tier involves young people engaged in "high-risk, low-reward activities, such as transporting, holding or dealing drugs, carrying guns, and conducting shootings, beatings and serious intimidation" on behalf of the top tier of "serious players."

In many cases, boys or young men who themselves are in debt to the gangs are recruited to begin repaying what they owe. 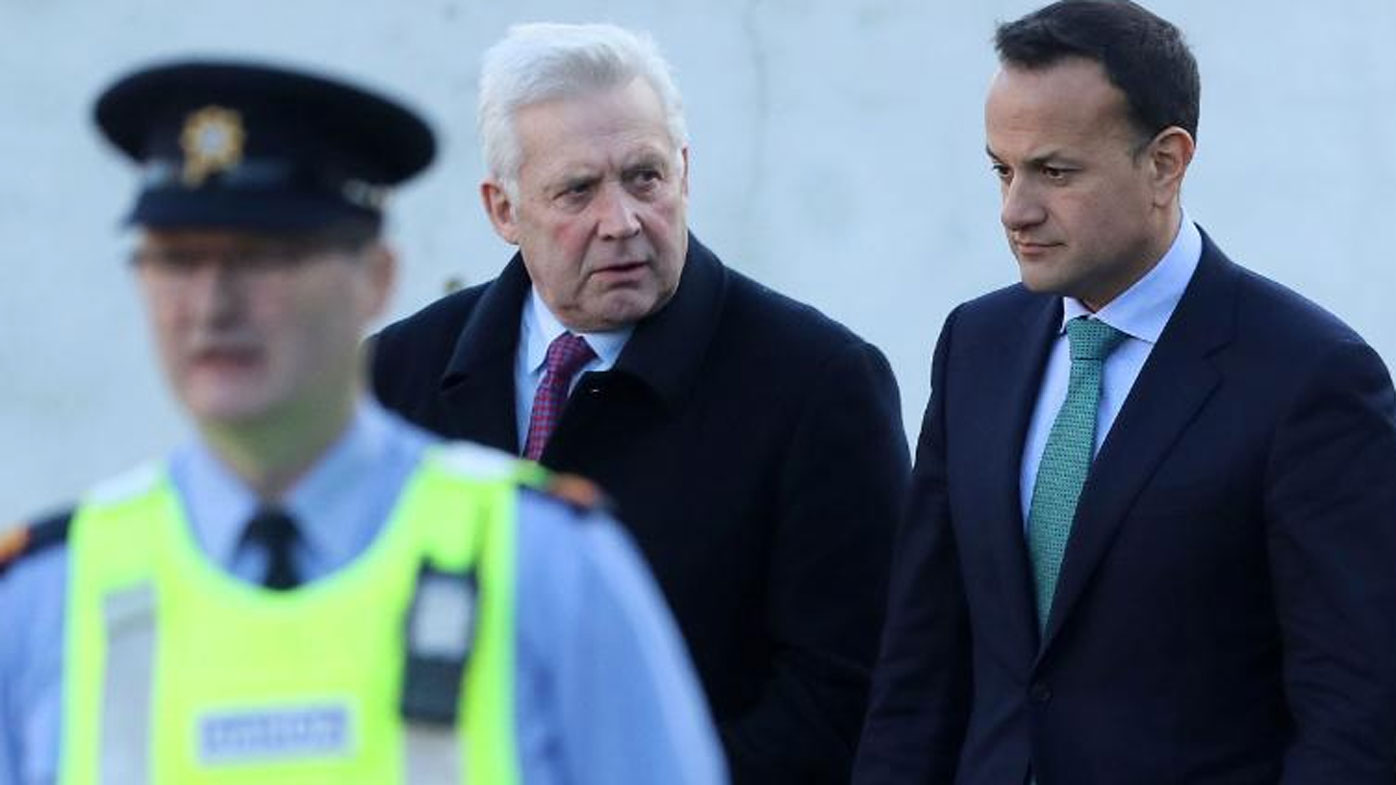 With the growing number of young people in Ireland's gangs, comes a change in the way rivals communicate. Young members are using Twitter, Instagram and Snapchat to taunt, embarrass and provoke their rivals, Irish Star journalist Michael O'Toole, who has closely covered the Drogheda gang feuds, told CNN.

The problem is, a lot of the information being spread is fake. Police had to call on people to stop sharing a video purporting to show the murder of Mulready-Woods (police later determined the video was not footage of his death).

Police suspected, according to RTE, but did not confirm that the 17-year-old had filmed an attack on a rival gang member coming out of a gym in Dublin. The Irish Times reported that the Dublin attack involved stealing the member's gym bag and a pair of black-and-white flip-flops, adding that several young gang members posted images of themselves on social media, wearing the flip-flops and mocking their rival.

When Mulready-Woods was dismembered, his limbs were also placed in a gym bag, along with a pair of black-and-white flip-flops, the same Irish Times report says, in a clear chilling message that the motive of the murder was revenge.

The problem is, no one really knows if he filmed or had anything to do with the initial attack.

"This is really the first feud we've seen in the information age," O'Toole said. "After Mulready-Woods was murdered, people were named online as being involved, but they weren't."

Cocaine and the Celtic Tiger

Violence between drug-dealing gangs appears to escalate not in times of poverty but in times of economic boom.

A study on cross-border crime between Ireland and Northern Ireland in 2018 found that cocaine use had returned to "Celtic Tiger" levels, referring to the economic boom period between 1995 and 2007.

O'Dowd, the lawmaker, pointed out that employment, not unemployment, was playing a greater role in the violence.

"The problem has been exacerbated by our increase in employment, (which) meant there's more disposable income for people to buy and use recreational drugs. That's the other problem. It's not driven by poverty, it's driven by income," he told CNN.

The difference between 2007 and now is that the drug can be found well beyond big-city borders in the smallest of villages, the report said.

Despite these observations, a look at the Moneymore social housing estate, at the heart of Drogheda's gang feuds, suggests poverty still plays a major role in the violence.

Homes there have been petrol-bombed, burned out and raided by police. Rivals send threatening messages to gang members through graffiti on the estate's walls.

A committee at the Louth County Council formed to address the violence in Drogheda said it was making upgrades to the estate to improve safety and the quality of life for its residents.

"The reputation of Drogheda has also suffered and we need to work together to support and implement actions to repair this damage," the committee's chair, Joan Martin, said in a statement sent to CNN.

She said CCTV cameras would be reinstated in the Moneymore area, and that the council was carrying out drug outreach programs targeting young people living there.

But there just isn't enough funding to support the organisations addressing drug addiction in the community, says Brenda Kirwan, who facilitates a support group in Drogheda for the Family Addiction Support Network.

The network support families of drug and alcohol addicts, and in Drogheda, it says it gets a measly 7,500 euros a year from the government to run weekly meetings, respites for family members, a 24-hour helpline and intimidation reporting service. The rest of the money comes from donations and fundraising. All staff members are volunteers.

"The funding in this area needs to really go up a notch, a huge notch," Kirwan told CNN.

She said a lot of families had been forced to send their children to other parts of the country, the UK and even as far as Australia to uproot them from the gangs they had fallen in with.

"These people might have been enduring an awful lot of what's going on in the town at the moment -- people knocking at the door looking for money because a loved one owes money, they could have their house smashed up, they could have had car smashed up, constantly being intimidated on the street," she said.

"Youth services have been cut - there are now a few more things for younger children, but once they're in their late teens, there's very little there. Even education in school needs to be prioritised more.

Young people are dropping out of school because of drugs, so we need to do more to keep them in education, and to get educated about drugs, because it's so easy to get into, but it's so hard to get out of. We have to show our children that there's more to life than this."