It’s an all-too-common phrase emanating from reports on the US protests – “police deployed rubber bullets and tear gas”.

It's an all-too-common phrase emanating from reports on the US protests - "police deployed rubber bullets and tear gas".

But while such methods are certainly less deadly than an actual bullet, plenty of people involved in the Black Lives Matter protests following US man George Floyd's death during an arrest, have had ample opportunity to show what police are actually "deploying" against protesters and rioters. Rubber bullets were developed in the UK and were first used in Northern Ireland during The Troubles in 1970.

Along with similar "beanbag rounds", they are a preferred tool for dispersing crowds.

Rubber bullets are designed to lose velocity quickly and are meant to be aimed at the legs rather than the body. Their larger size also means they are less likely to cause significant internal injury. They are often bounced off the ground into a crowd. 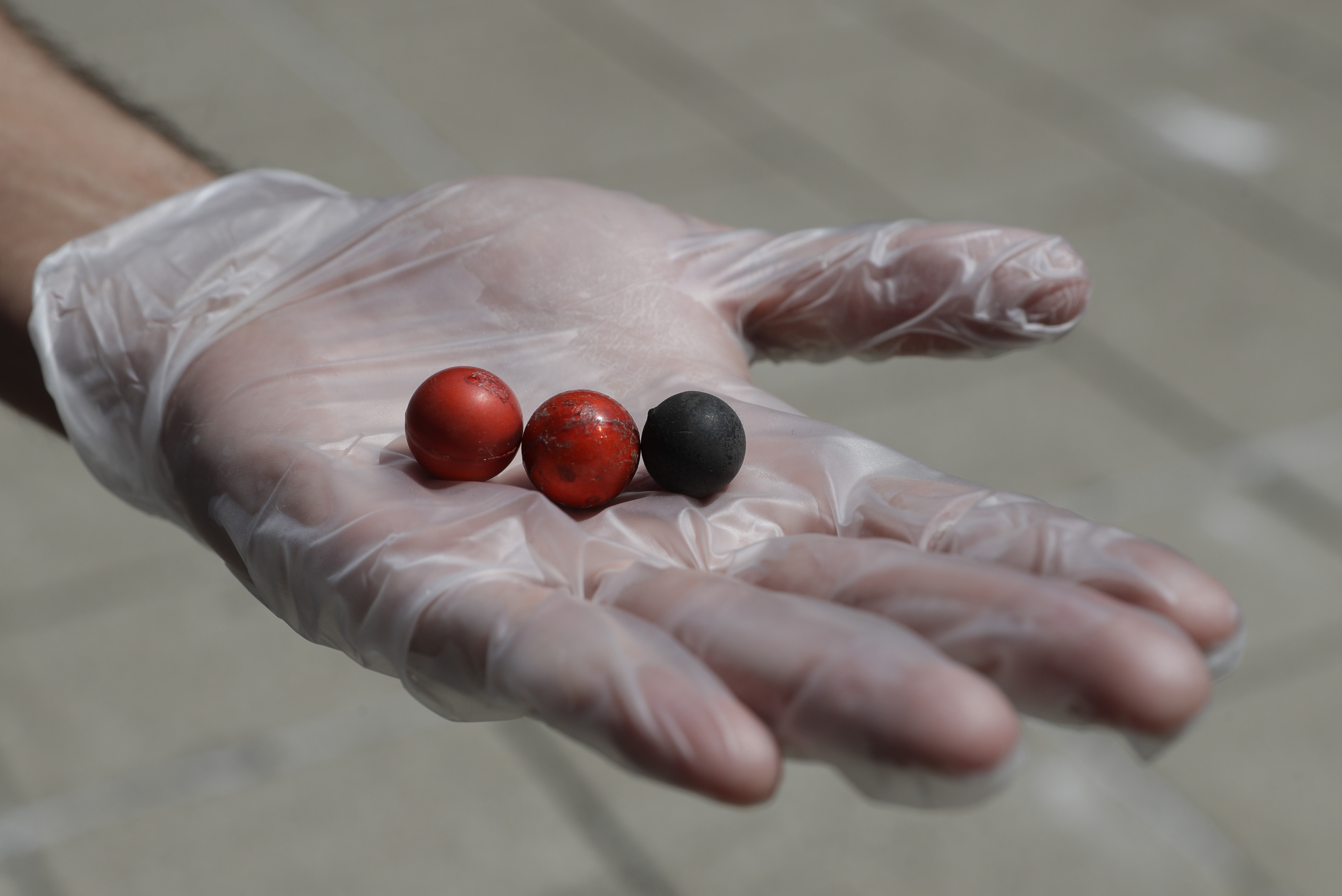 But a close-up shot, carelessly aimed, can have tragic results.

Tweets from US reporters caught up in the protests show the rubber bullets are hardly a mere deterrent.

12 News reporter Josh Sanders in Arizona claimed he was hit by a rubber bullet while covering a protest in Phoenix.

In a series of tweets he showed not only the surprising size of the projectile, but the wound it left on his leg.

KPCC reporter Adolfo Guzman-Lopez was also allegedly hit in Los Angeles, posting photos of the livid mark on his throat.

Freelance writer Linda Tirado, meanwhile, claimed she faced losing her eye after being hit with a round in Nashville.

She said she had to undergo surgery.

While rubber bullets are less deadly than metal bullets, various studies have shown they can be lethal.

A report published in BMJ Open in 2017 found that of 1984 people who had been shot with "kinetic impact projectiles" - a class of "less lethal" ammunition that includes rubber bullets - 53 had died.

A further 300 were permanently disabled, and overall, 71 per cent of the survivors had serious injuries.