It started in November when actor Russell Crowe auctioned his filthy Rabbitohs baseball cap for $100,000 for the rural fire service after his NSW home was damaged in a bushfire.

It started in November when actor Russell Crowe auctioned his filthy Rabbitohs baseball cap for $100,000 for the rural fire service after his NSW home was damaged in a bushfire.

Around the same time, global animal lovers made poignant images of Lewis the koala being rescued from a fire go viral – and raised $5 million for Port Macquarie Koala Hospital. 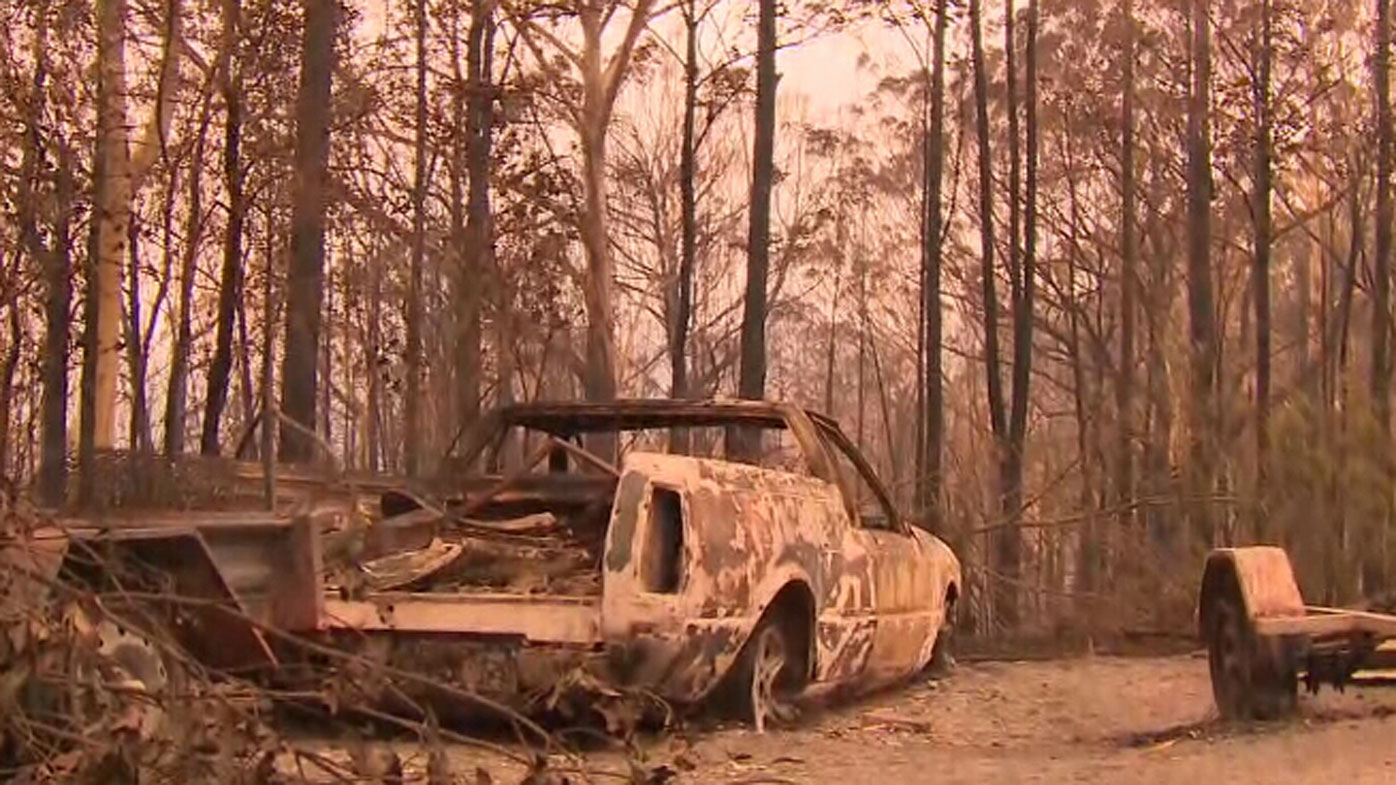 But when thousands of NSW and Victorian residents evacuated under apocalyptic skies on New Year's Eve, the attention of the world turned to Australia - and celebrities started putting their hands in their pockets.

Pop star Pink kicked off the celebrity donors after the crisis spread to southern NSW and Victoria, pledging $500,000 on January 4. 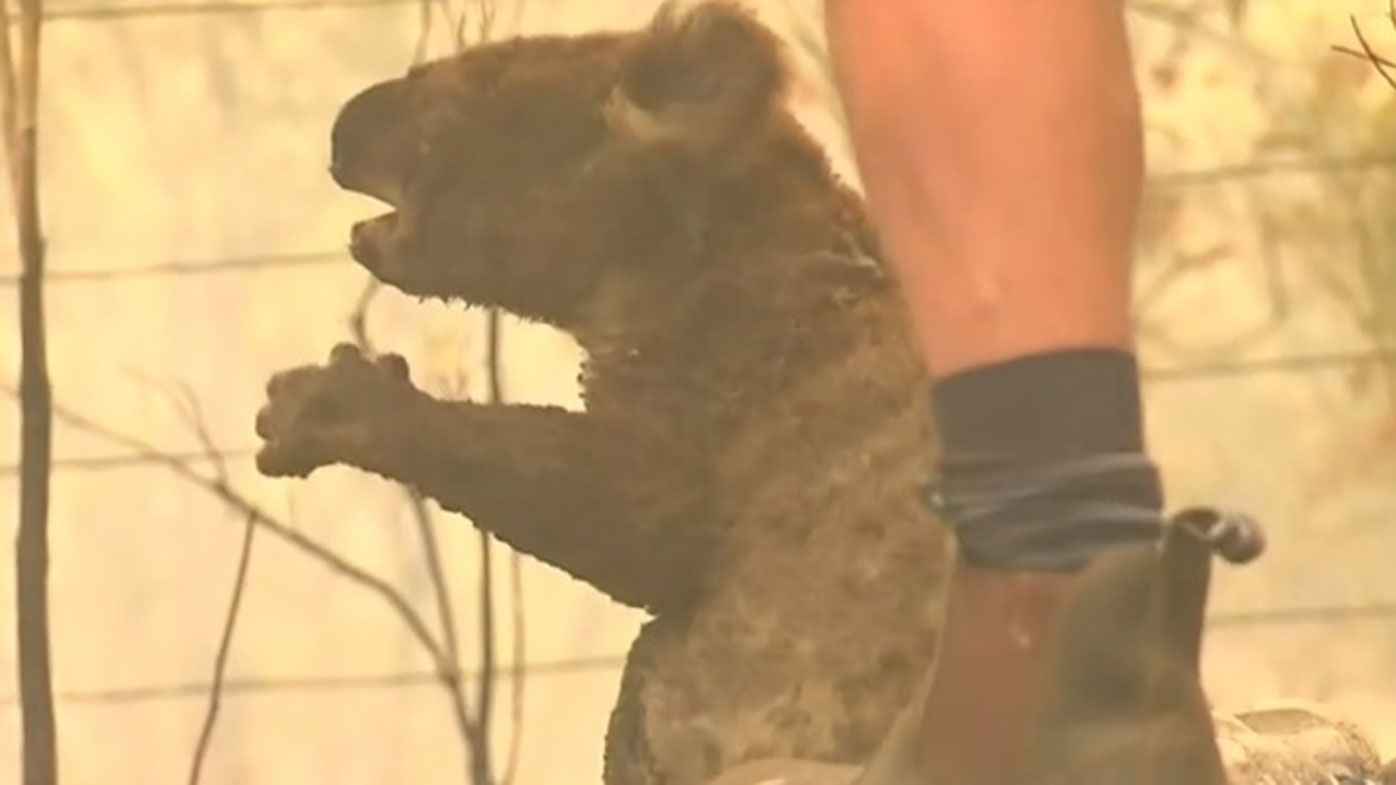 And as A-Listers dug deep too, they inspired their fans.

It's estimated about $100m has now been gathered to help causes related to the fires, which have killed 25 people, a billion animals and left hundreds homeless.

And it's solely the images posted on social media which helped the cause go viral, say marketing experts.

Dr Brent Coker, a consumer psychologist at the University of Melbourne, said a handful of photos got the world's attention. 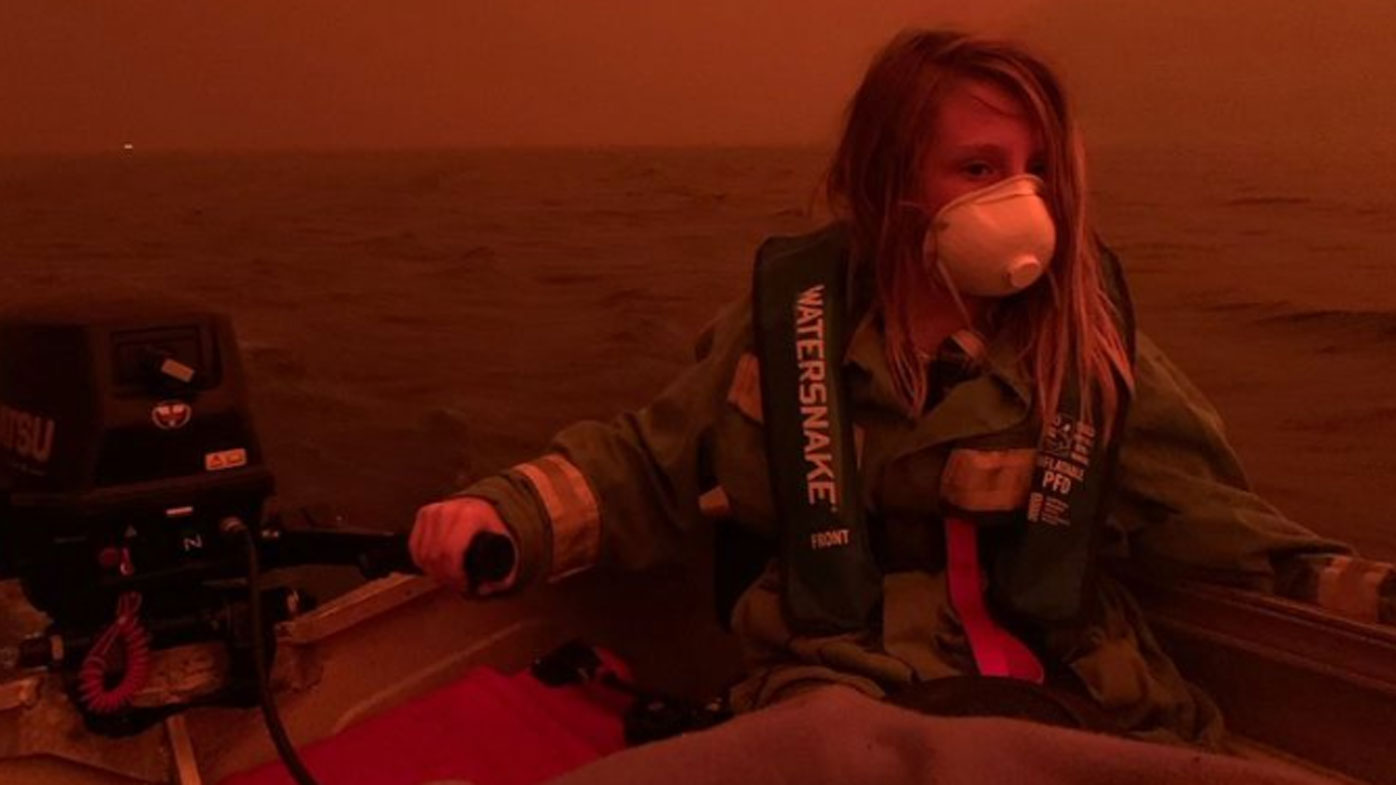 They include 11-year-old Finn Burns on a rowing boat in stricken Mallacoota, Victoria, an upsetting image of a burned joey stuck in a wire fence, and a picture of a silhouetted kangaroo against a flaming building.

"These images absolutely fuel it," he said.

"We know from research, images that tend to get shared are those that make people feel something.

The fires were the hot topic at this week's Golden Globes in Los Angeles, with Russell Crowe and Aussie actress Cate Blanchett among those using their acceptance speeches to talk about the fires and climate change. 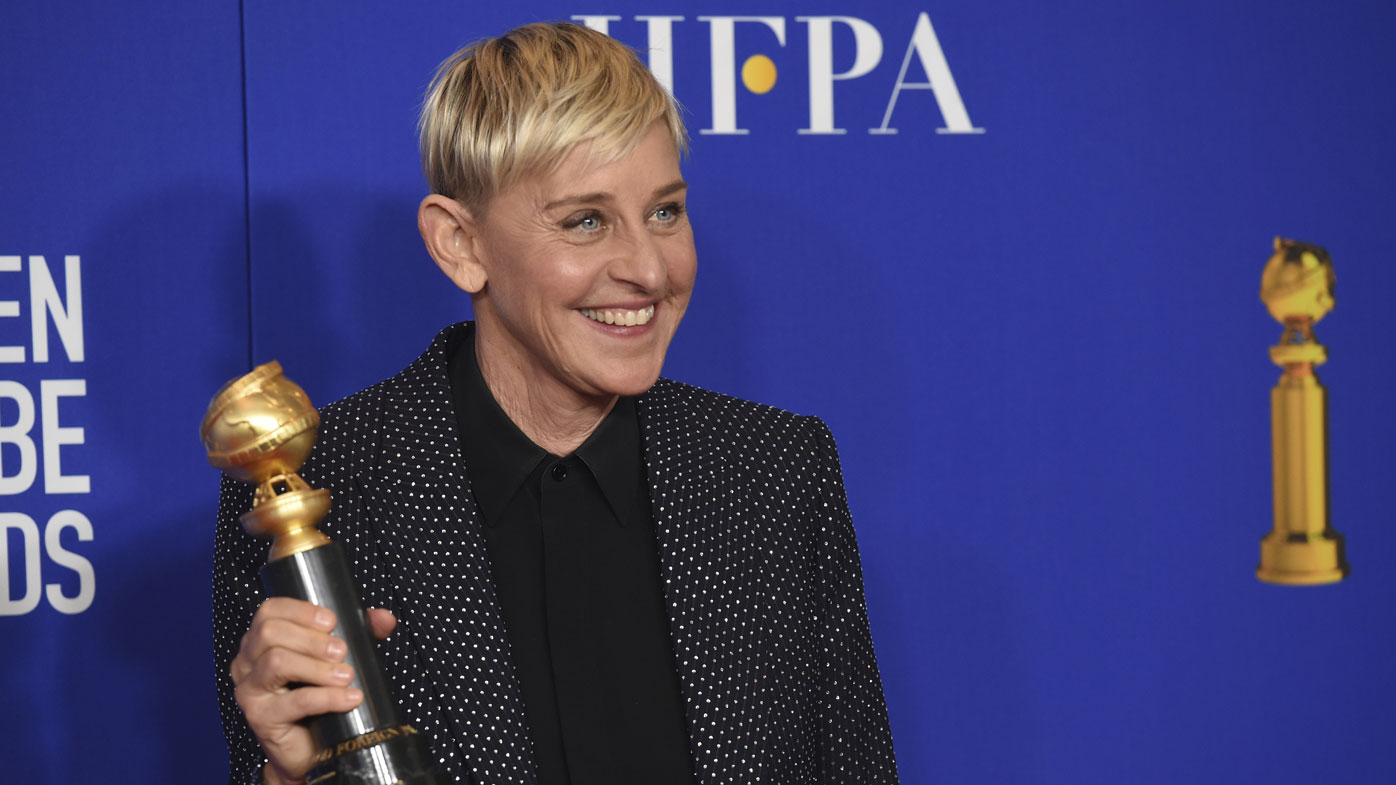 The latest big name to get behind the cause is chat show host Ellen DeGeneres, who started her own fundraising page today.

She follows Nicole Kidman and Keith Urban, and Kylie Minogue who announced $500,000 donations over the weekend.

Numerous other sportspeople including world number one tennis player Ash Barty and colleague Nick Kyrgios, have pledged cash, with Barty promising to hand over more her Brisbane Open prize money if she wins and Kyrgios promising $1000 for every ace he hits at the Australian Open.

Even Australian actress Margot Robbie appealed in a video for fans to donate by sharing photos of her childhood in Australia, saying she went online to hand over cash. 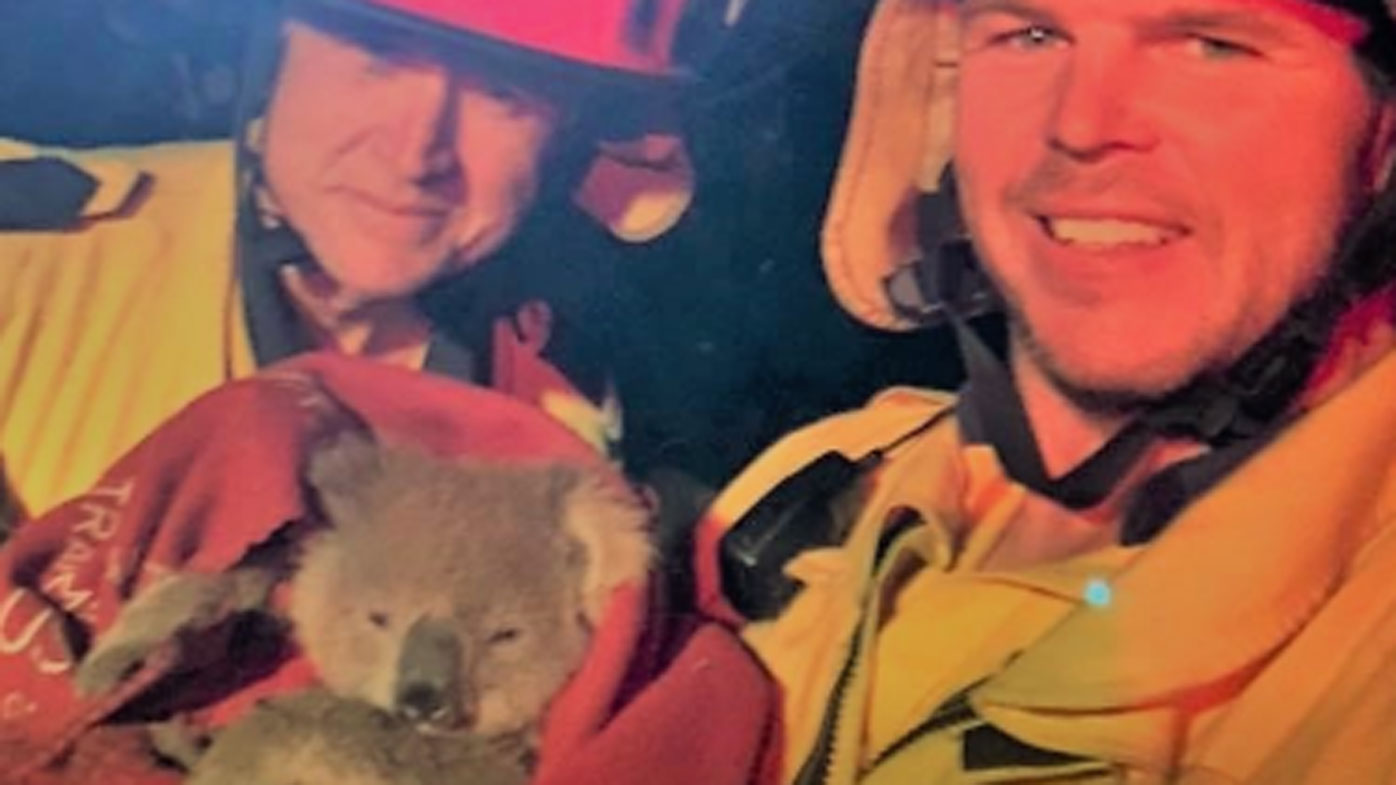 Aussie actor Hugh Jackman has also pushed the cause, as have US reality star Kim Kardashian West and singer Selena Gomez.

New York Real Housewife Bethany Frankell is shipping over gear with the help of her 1.6m Twitter fans.

British royals have also promoted the cause. 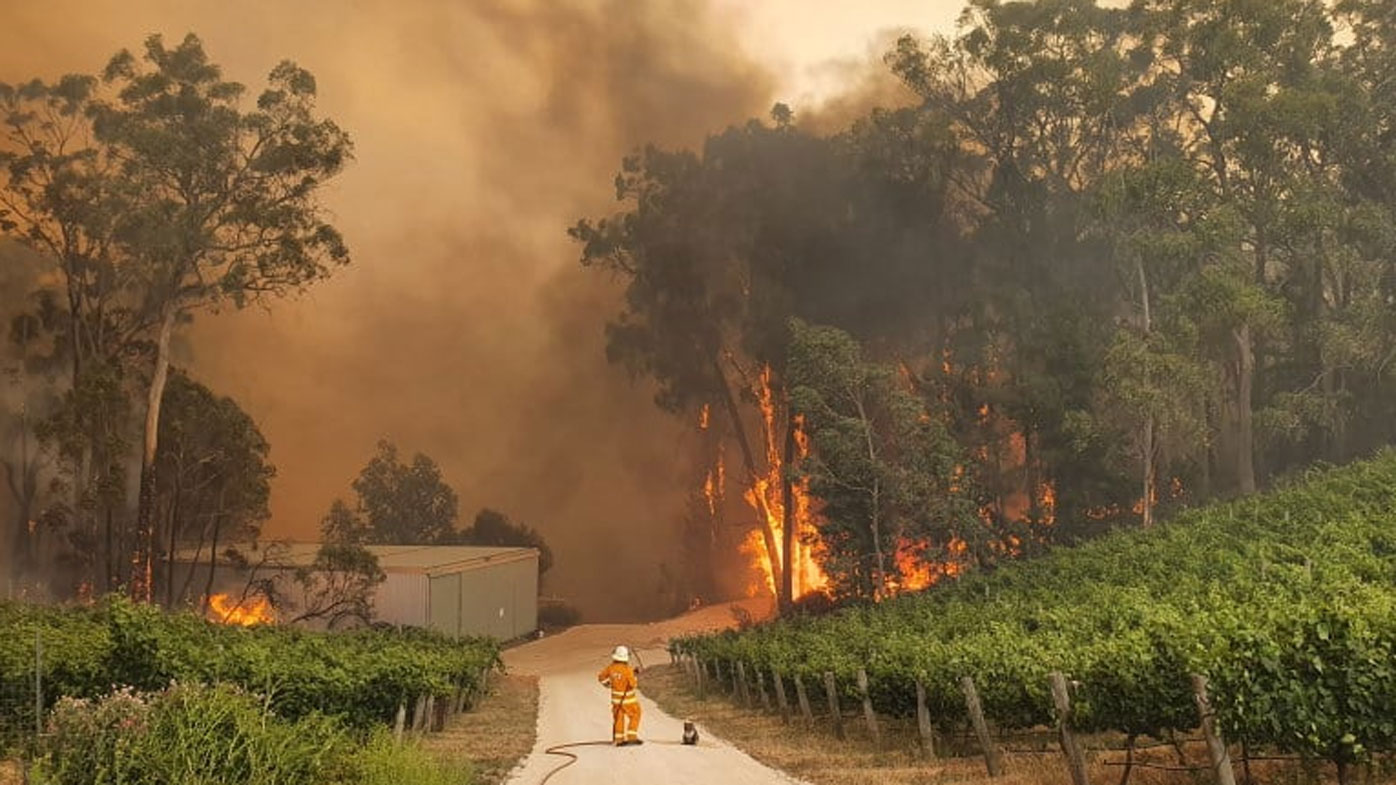 And billionaire business tycoon James Packer has made the biggest known individual donation, handing over $5m this week.

Australian Red Cross bosses say the response has been remarkable in terms of its speed and reach.

Its Disaster Relief and Recovery fund has topped $44m, with $5000 grants expected to start going out today to people, and more money reserved for the next few years as communities rebuild.

READ:  Family's plea to be reunited with son stranded in UK 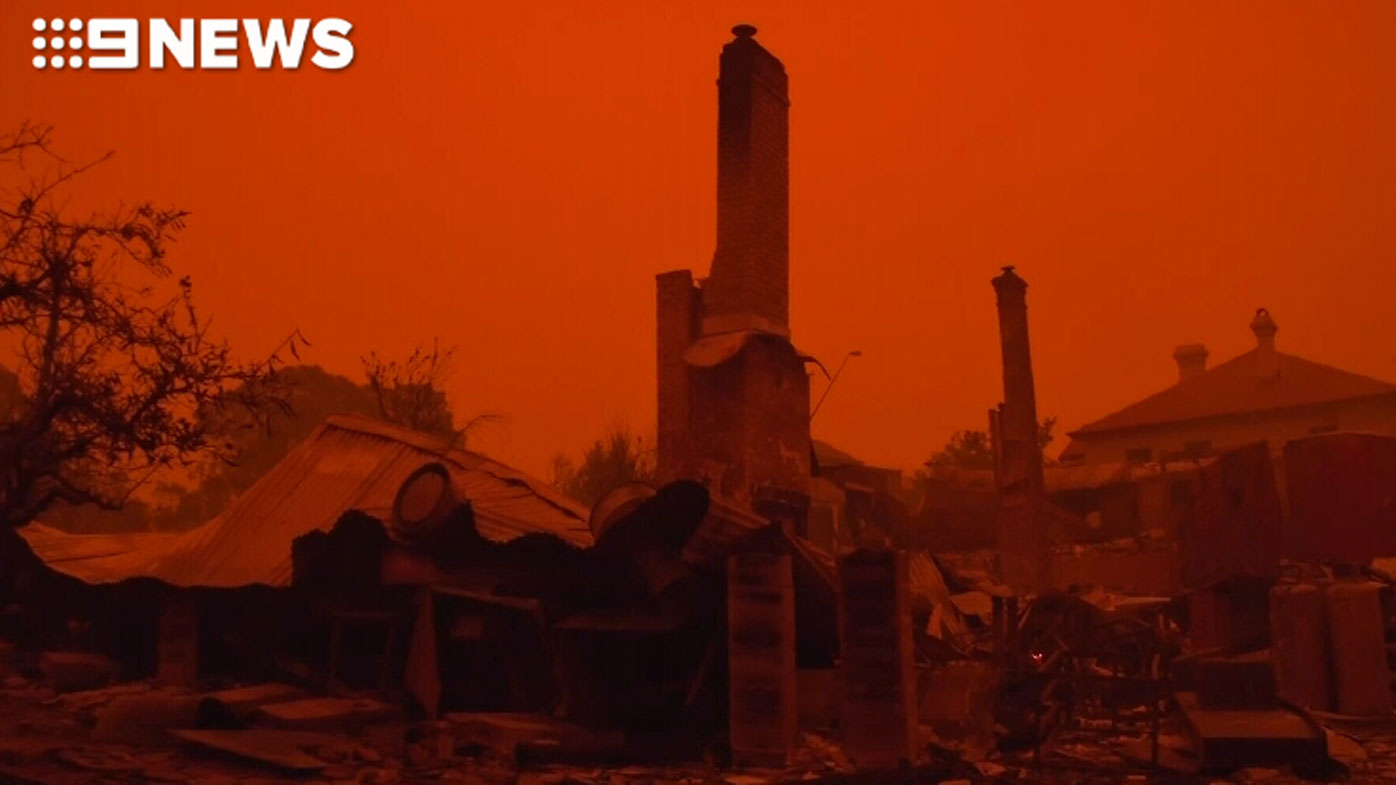 State Director Poppy Brown, said things started to snowball after the campaign was televised with the New Year's Eve fireworks in Sydney, and dramatic images of fires beamed around the globe are what she believes have inspired people to help.

"At the end of the New Year's Eve appeal we got to just under a million and it just kept rolling on, and has snowballed ever since," she said.

"The way it's just accelerated globally has just been huge."

But it's not an A-lister who has raised the most. 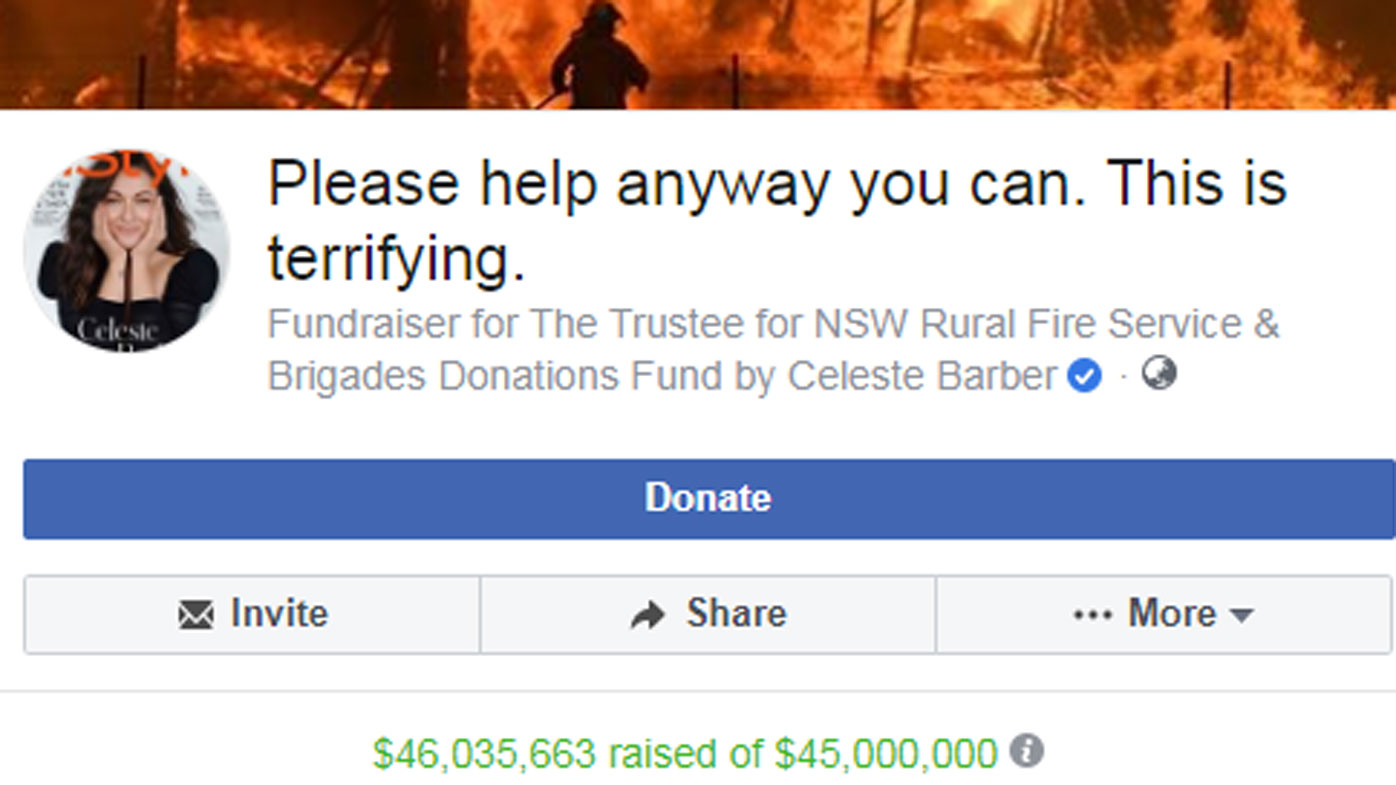 The campaign set up by comic and actress Celeste Barber, best known for her funny imitations of glamorous images on Instagram, has become the biggest in Facebook's history.

It's heading to $50 million, generating thousands every minute.

And the fact that the actor and comedian, while popular, isn't a household name, has boosted her cause.

"I think she's had the biggest impact because she was relatively unknown," Dr Coker, said. 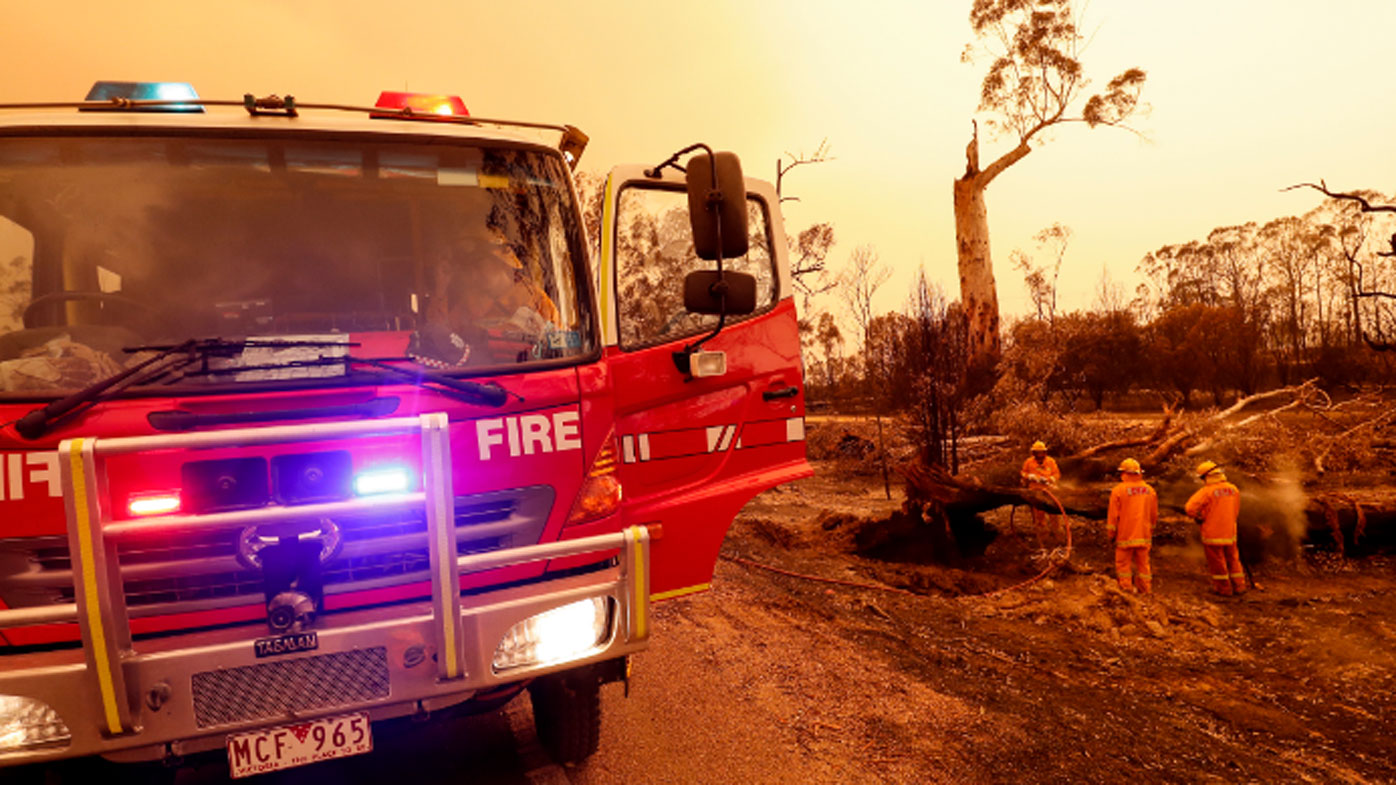 "She's not a global celeb. That affects people more.

"One thing about marketing and getting people's attention is suspense and intrigue, so there's a lot less intrigue with somebody like Ellen."

Meanwhile, the fact that Facebook tell us our friends have donated is also helping- because once all our friends are doing something, we want to be involved too.

However, while Australia is in the world's thoughts, tourism bosses have hit pause on the $15m campaign to promote the country to Brits.

The flashy advert, led by Kylie Minogue, only debuted in the UK over Christmas.

But when the crisis escalated days later, with some tourist areas in NSW and Victoria evacuated, embassies warned their citizens to beware, and Tourism Australia reacted.

In a statement, Phillipa Harrison, Managing Director, Tourism Australia urged travellers coming to Australia "to seek the most up to date information prior to departure, and remain informed about changing conditions whilst on the ground".

Dr Coker said Australia is now on the map - for the wrong reasons. But he's confident tourists will return.

"If people understand they can still come here and experience something unique, I think they will still come, as long as they're reassured the infrastructure is being rebuilt," he said. 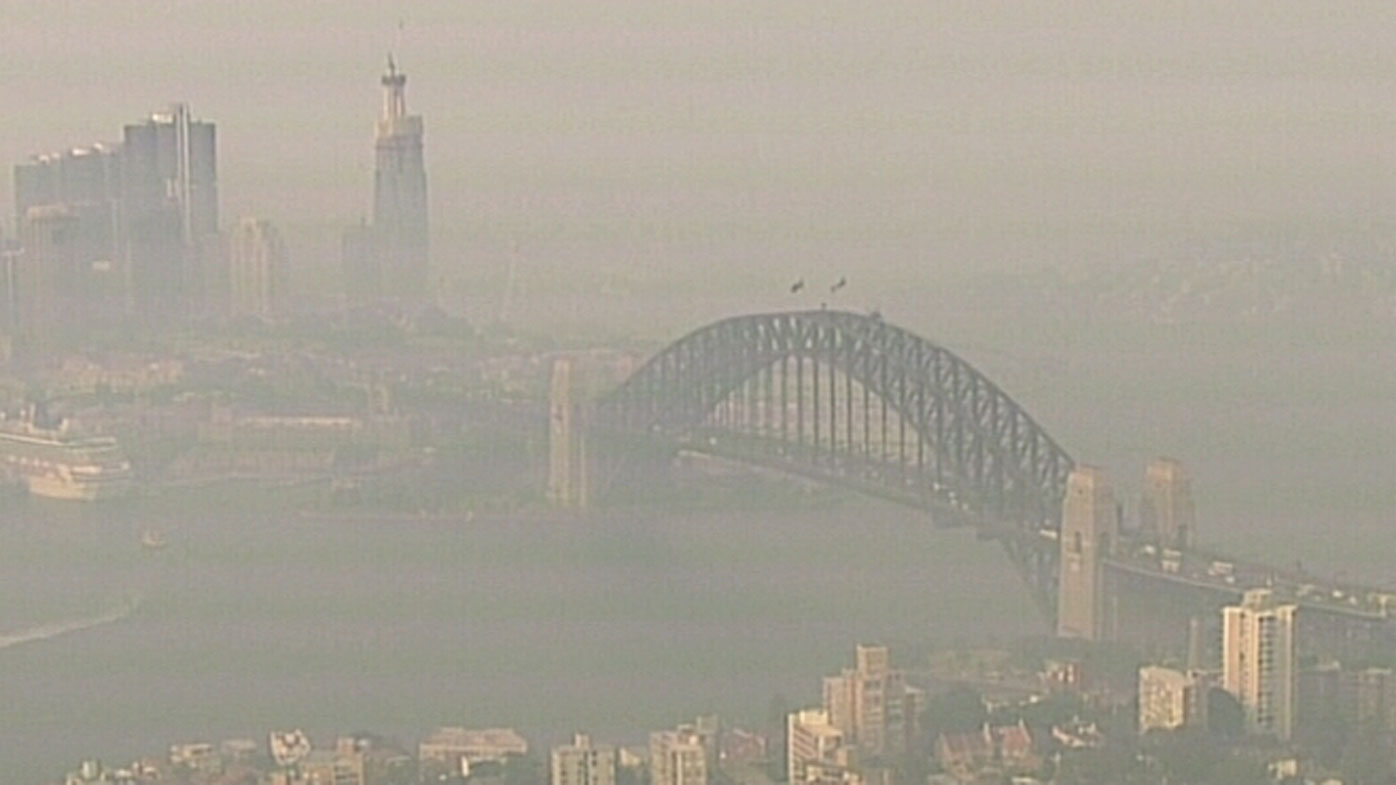 Since November, $54m has been gathered from 19,000 fundraisers, with people from more than 75 countries donating to 250 organisations

Celeste Barber's fundraiser is the biggest in Facebook's history.

The company is matching up to $1 million in donations.

Fast-growing Facebook groups are helping people in need including Bushfire Emergency Accommodation in Canberra, with almost 10,000 members, and Wollondilly Fire Watch, sharing advice for the region south west of Sydney.

#AustralianFires has trended in 158 locations around the world, including New Zealand, Canada, Ireland and France.

#AuthorsforFireys has seen writers like Emily Gale, Ginger Gorman, Trent Dalton and Jaclyn Moriarty use Twitter to auction copies of their books to raise money.

New pages and hashtags have sprung up to promote bushfire causes.

Sex and the City Actress Kristin Davis shared @findabedau, which was set up to help people who lost their homes

#gowithemptyeskys is a new hashtag campaign on Instagram, which asks people to visit the towns impacted when safe, "with empty eskys" to buy goods and services from small businesses trying to rebuild.

How to help with the Australian bushfire crisis