A houseboat has gone up in flames off Palm Beach in Sydney’s north this afternoon, disturbing the normally peaceful oasis with a cloud of black smoke.

A houseboat has gone up in flames at one of Sydney's most exclusive holiday destinations, with firefighters forced into boats to battle fierce flames and clouds of black smoke from afar.

Emergency services were called to Palm Beach at about 2.20pm today following reports of a houseboat fire 200 metres offshore, a spokesperson for NSW Police told 9News.com.au. 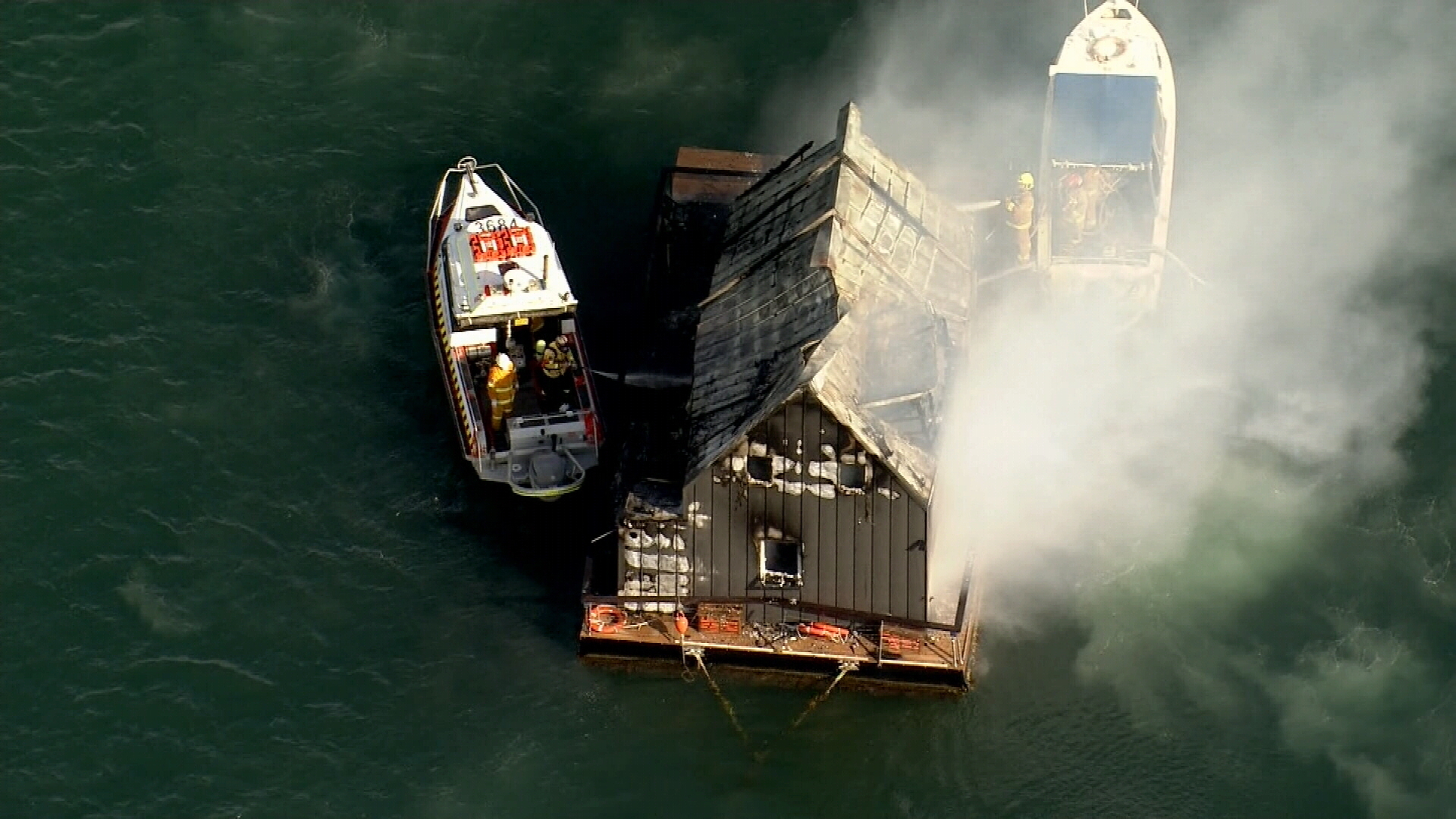 The holiday villa boat, titled 'Lilypad' and docked at the typically pristine location in Sydney's northern beaches region and with a fee upward of $1800 per night, was totally destroyed by the blaze.

Despite efforts from firefighters who circled the vessel with hoses and onlookers who tried to help, it could not be saved and is now nothing but a skeleton structure turned to ash. 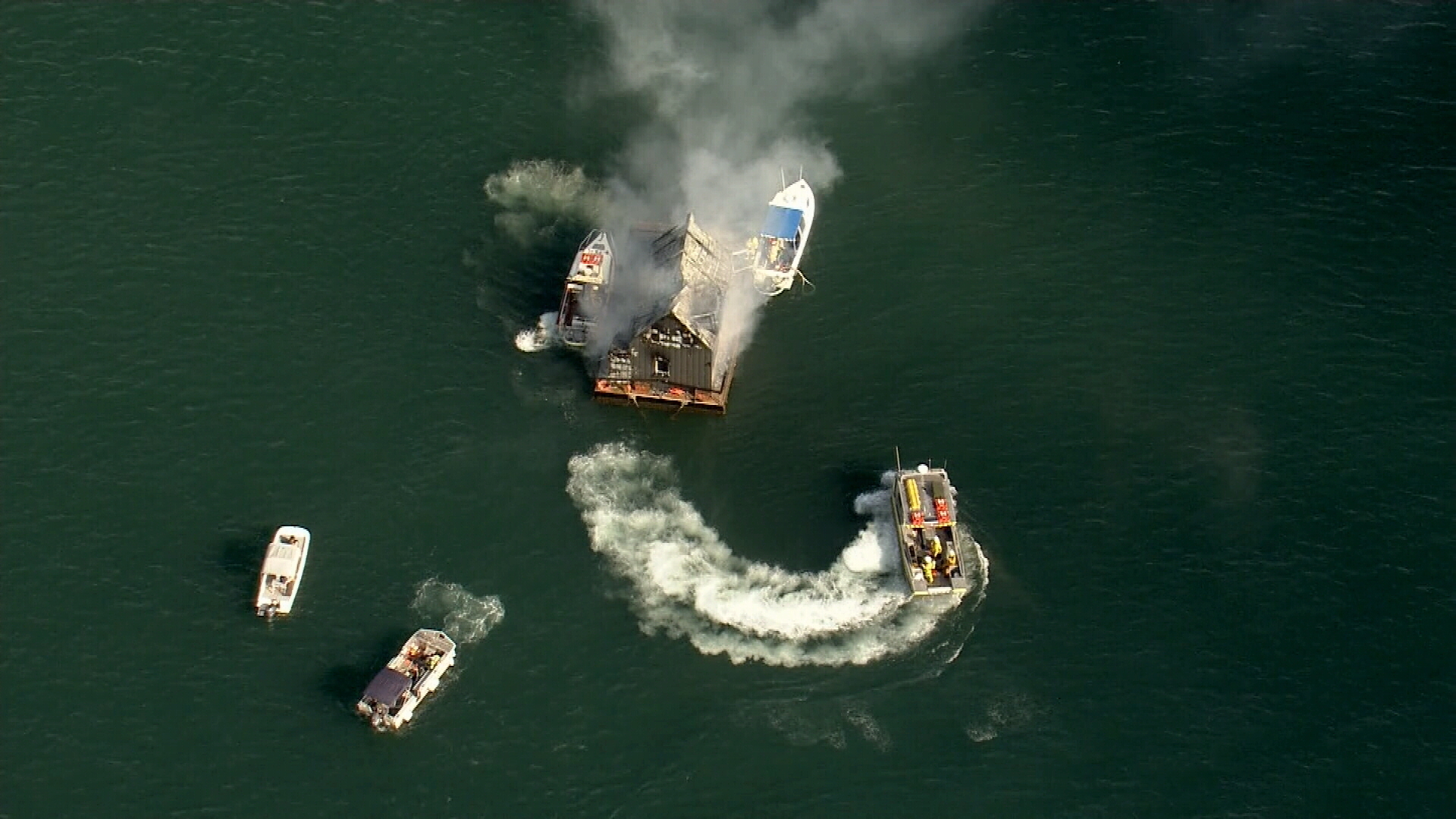 "(It was) very lucky, it could have been a different story and it's very lucky they weren't on when it started because by all account the fire progressed very fast," Ron James from the NSW RFS said.

NSW Police said no one was injured in the fire.

"We can confirm that Lilypad Palm Beach has today been irreparably damaged by a fire on board," owners said tonight in a statement.

"Thankfully no one was on board at the time so it's only a matter of property damage.

"Thank you to everyone who has reached out and shown us support both today and over the last 18 month journey. We will be contacting all of our upcoming guests tomorrow."

The cause of the fire is yet to be determined and is still under investigation by local water police.