With tough restrictions in place for the construction industry, you would think there’s little mood for charity.

With tough restrictions in place for the construction industry, you would think there's little mood for charity; schedules way behind, only six fellas are allowed on site at a time.

But not according to a whole group of tradies, united with their builder and developer, all giving their time, skill, material and land on one construction site at Mulgoa, in Sydney's west.

It is hoped that eventually their work will lead to world-leading medical help that will in turn help the three kids each week who get childhood cancer in Australia. 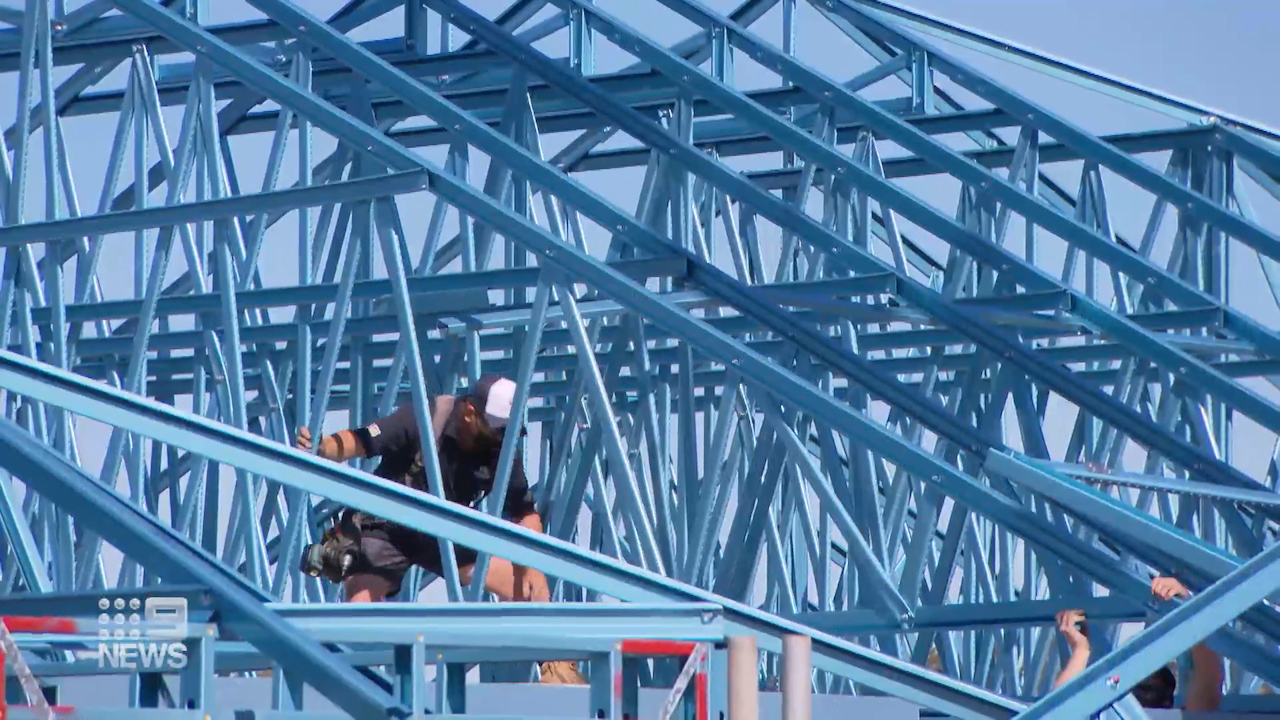 READ MORE: Fears as breast screenings cancelled due to lockdown

As another section of roof frame is lowered from a stout crane in the next lot, another piece of a project is placed that could see the Children's Cancer Institute, the country's leader in juvenile cancer research, gain a donation that will continue to drive treatments such as their world-beating Bench to Bedside, finding bespoke treatments for each and individual case.

"The house and the land together will sell for at least $1.2 million," says the institute's Anne Johnston, surveying the gaggle of chippies now climbing through the frame of skeleton.

"All here united with the one aim, that we can get better treatment, so every child can survive their cancer." 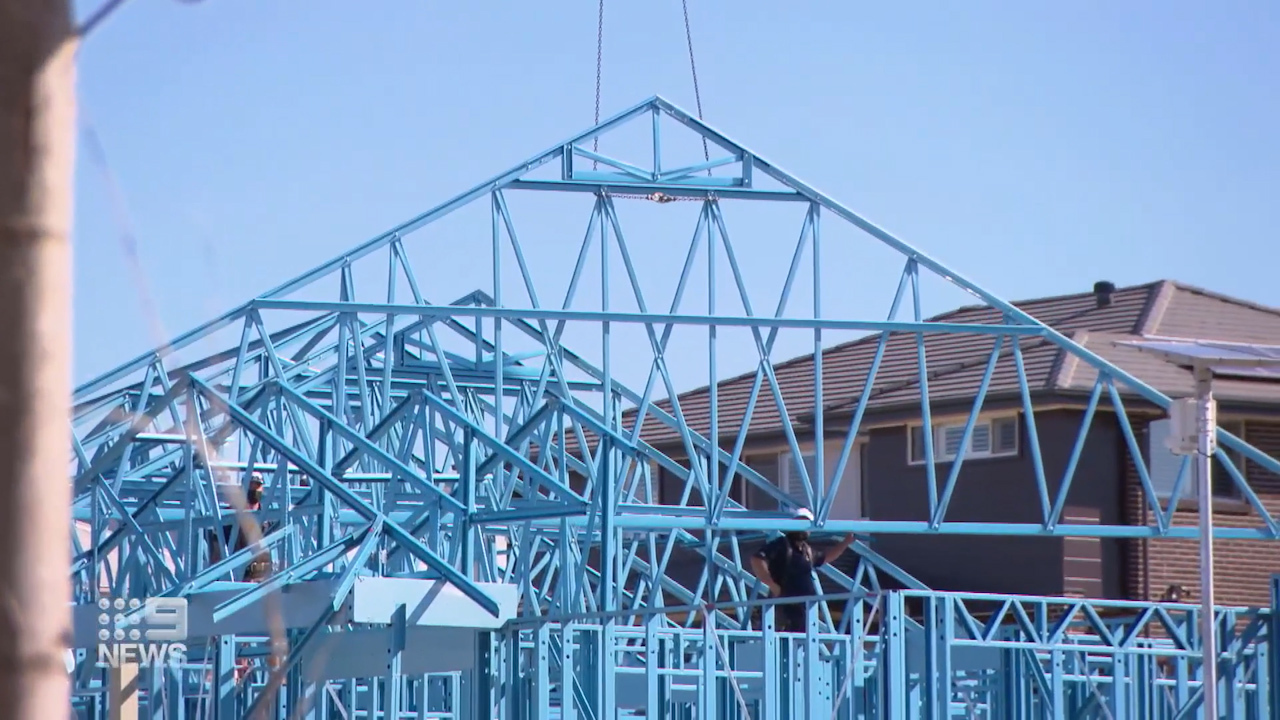 Trevour Celeban is building manager for McDonald Jones, who are gifting their construction assets and routine for the institute's house. It's not the first time the company has done so.

"So we were planning to build it within 10 days," says Trevour.

"But just to be able to go out and build it through the COVID restrictions, is certainly a good thing." 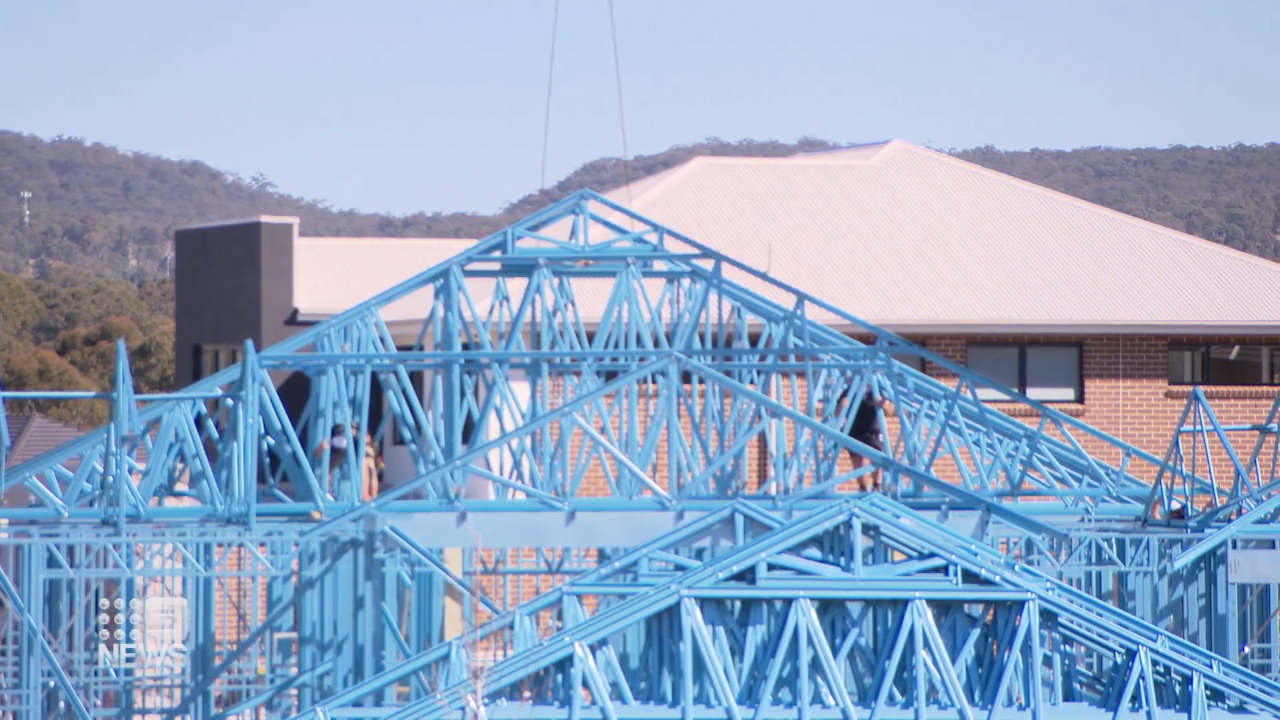 It's a big give up for a developer, but brothers Adrian and Robbie Wearn, who grew up on and around these parts, are not just happy, but keen to do so.

"We look at how lucky we are in life, you know," says Robbie, turning to his brother.

"We're very fortunate to have what we do have. It's really something that's important, giving back, it's the way we were bought up. It's something we're very passionate about."