turpiSix of the 13 children rescued from a ‘House of Horrors’ in California in January where they were systematically starved, chained and tortured, have now been relocated into foster homes and are enjoying their newfound freedom.

The underage children of David Turpin, 56, and Louise Turpin, 49 - the couple charged with torturing their 13 children inside their Perris home - have split into two foster homes in Riverside County, while their seven older siblings have moved into a separate house under state care.

The two youngest siblings were moved into one home while the other four were placed into a separate house because no available home could accommodate all six children.

The attorney for the adult siblings, Jack Osborn, said in an exclusive interview with the ABC in the US that the children have enjoyed the luxuries now available to them such as their own bathrooms, closets, beds and the opportunity to cook and try different foods, such as Mexican, and enjoy the company of a family dog.

"I think the favourite new experience for them is moving into new bedrooms, where they have been able to pick out their own bedding, have closets with their clothes in them, be able to have a bathroom right handy that they can use, and probably most of all just to go outside," he said.

"They're warm, they are considerate, I give them a lot of credit for helping each other, relying on each other.

"I think they've learned how to bring out the best in each other over the years."

On Thursday last week the CEO of Corona Regional Medical Center, Mark Uffer, announced in a statement that the siblings had been released from hospital.

"On behalf of all of us at CRMC, we wish these brave siblings continued strength as they take the next steps in their journey," the statement said.

David and Louise Turpin are facing up to 94 years to life in prison and more than 70 charges of torture, child abuse and neglect over their treatment of their children, while David Turpin has also been charged with one count of a lewd act on a child by force under the age of 14.

The parents are also accused of allegedly forcing them to shower only once a year, shackling them to furniture and repeatedly beating them.

The couple have since pleaded not guilty to the charges alleged against them, with a US$12 million bail set by a judge against each parent.

The family’s house was discovered in January when the couple’s 17-year-old daughter managed to escape out of a window and alert police that she and her 12 brothers and sisters – seven adults and six children in total - were being held against their will.

When police entered the home, the conditions inside were reportedly putrid and some of the 13 children showed signs of starvation.

Officers also reported believing the children were all underage at one point because they were so malnourished.

Some of the children were also reported as being so detached, they didn’t understand the concept of a police officer or medicine that was provided to them following their escape.

Incredible CCTV footage has also been released of the moment the children, who range in age from 2 to 29 years of age, left the home for the first time before being hospitalised immediately.

It is believed that the adult children have been able to communicate with each of the minors in their foster homes via Skype since their relocation. 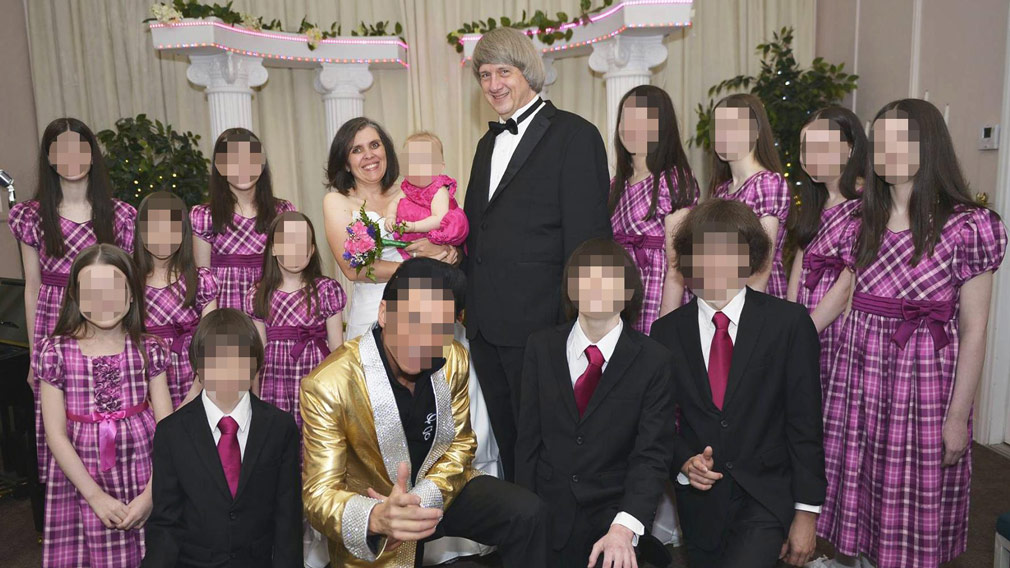 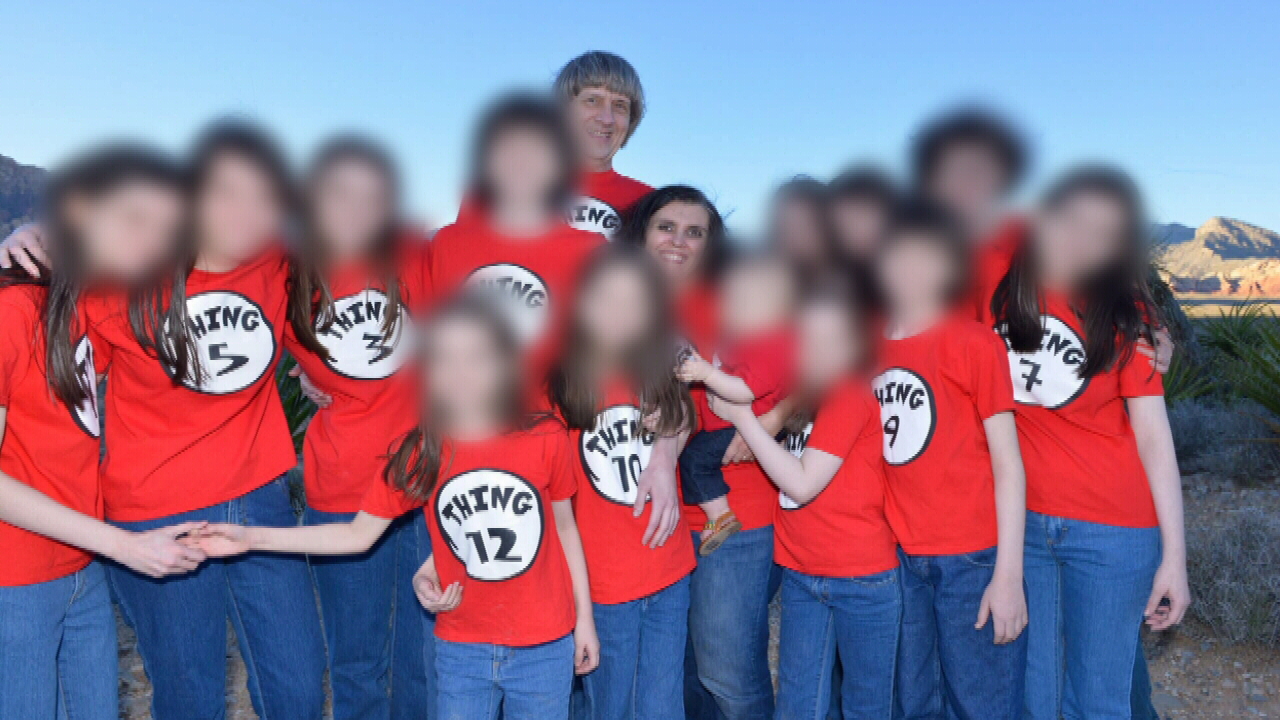 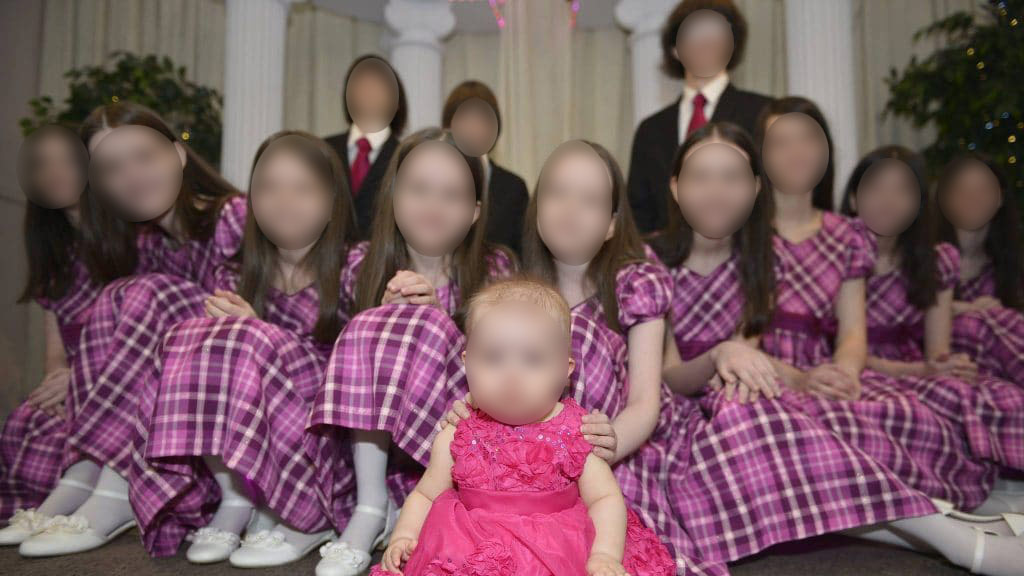 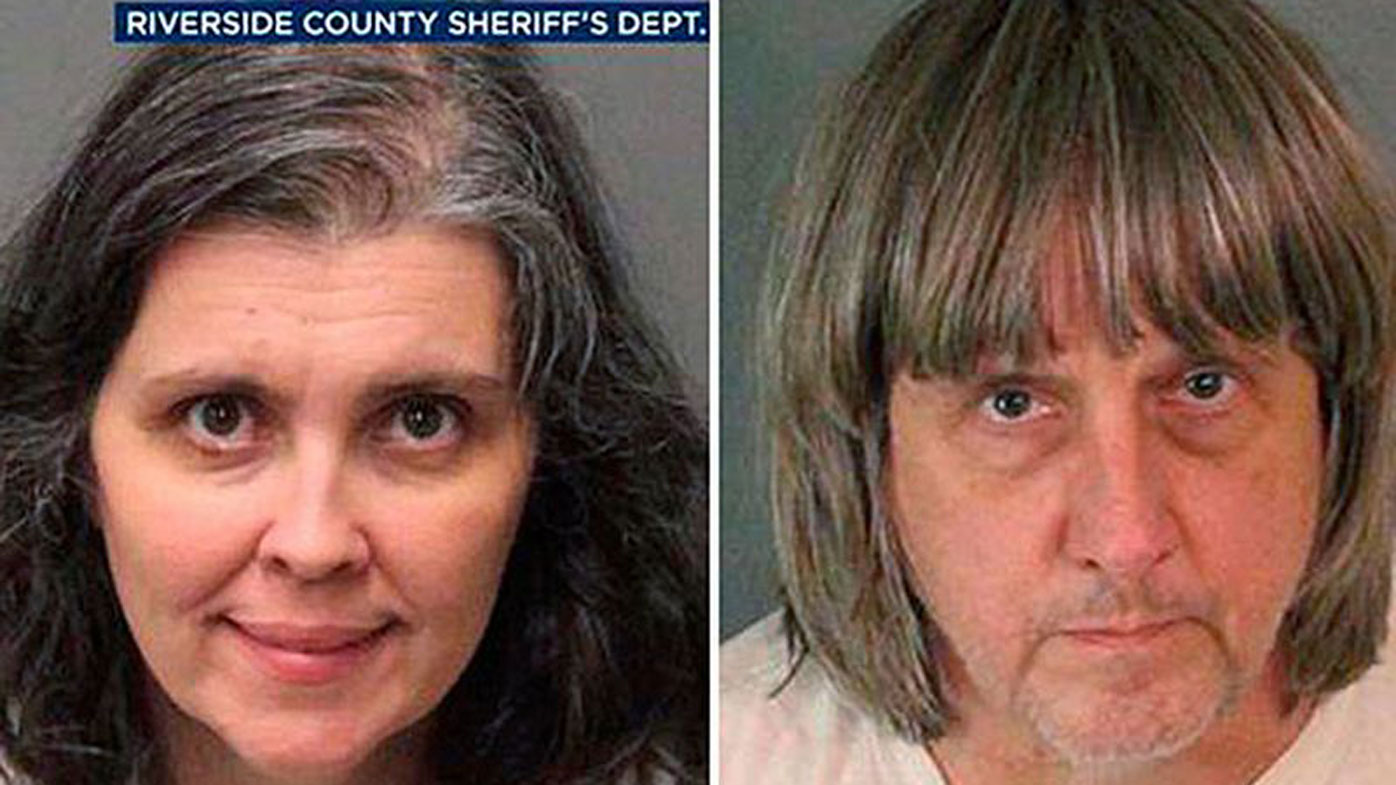 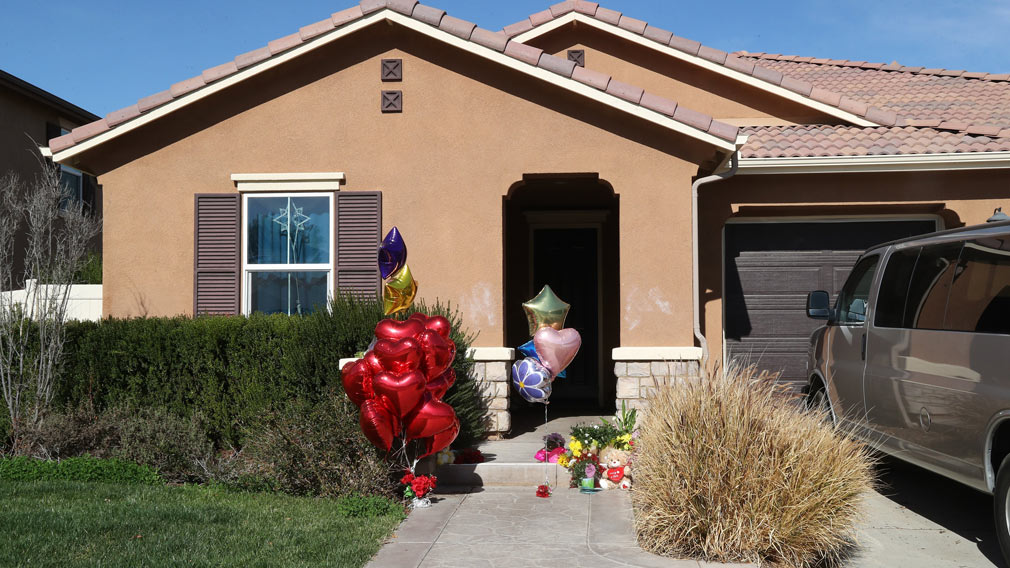