Many foreign workers are citing frustration over the Hong Kong’s coronavirus restrictions and lack of a clear reopening plan.

It's been nearly two years since Norris Fong has seen his family back in his native Singapore. Now, he's had enough.

The 33-year-old fashion buyer is soon leaving Hong Kong to return to his home country, citing frustration over the city's coronavirus restrictions and lack of a clear reopening plan.

"Singapore definitely has a better game plan," Mr Fong, who has lived in Hong Kong for four years and works in merchandising at Versace, said. 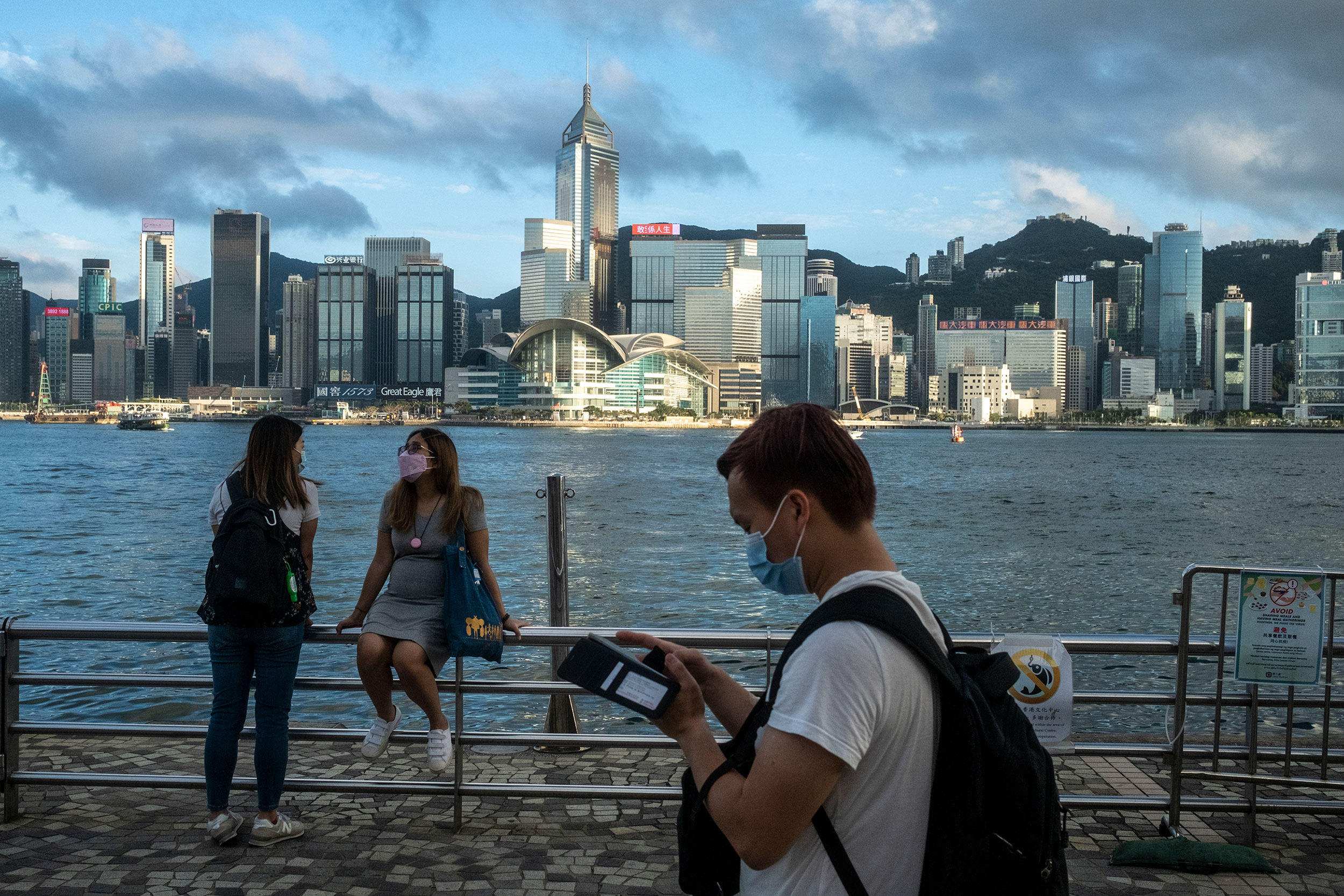 Mr Fong isn't alone. Hong Kong and Singapore have long vied to be Asia's premier global business centre, but as the Chinese city's international borders remain virtually closed, some businesses and expats are starting to lose patience — and turning to the Southeast Asian hub.

Some companies were already weighing the merits of Singapore over Hong Kong as a centralised Asian business hub, especially as Beijing began tightening its grip over the former British territory. But as the pandemic nears the two-year mark, their strategies for containing the virus have taken centre stage.

Like many Asian countries, Hong Kong has embraced a "zero COVID" strategy, placing emphasis on social distancing, limiting travel and shutting most non-residents out. Most travellers arriving in the city have to contend with one of the world's longest quarantines, paying to isolate in a hotel room for up to three weeks. 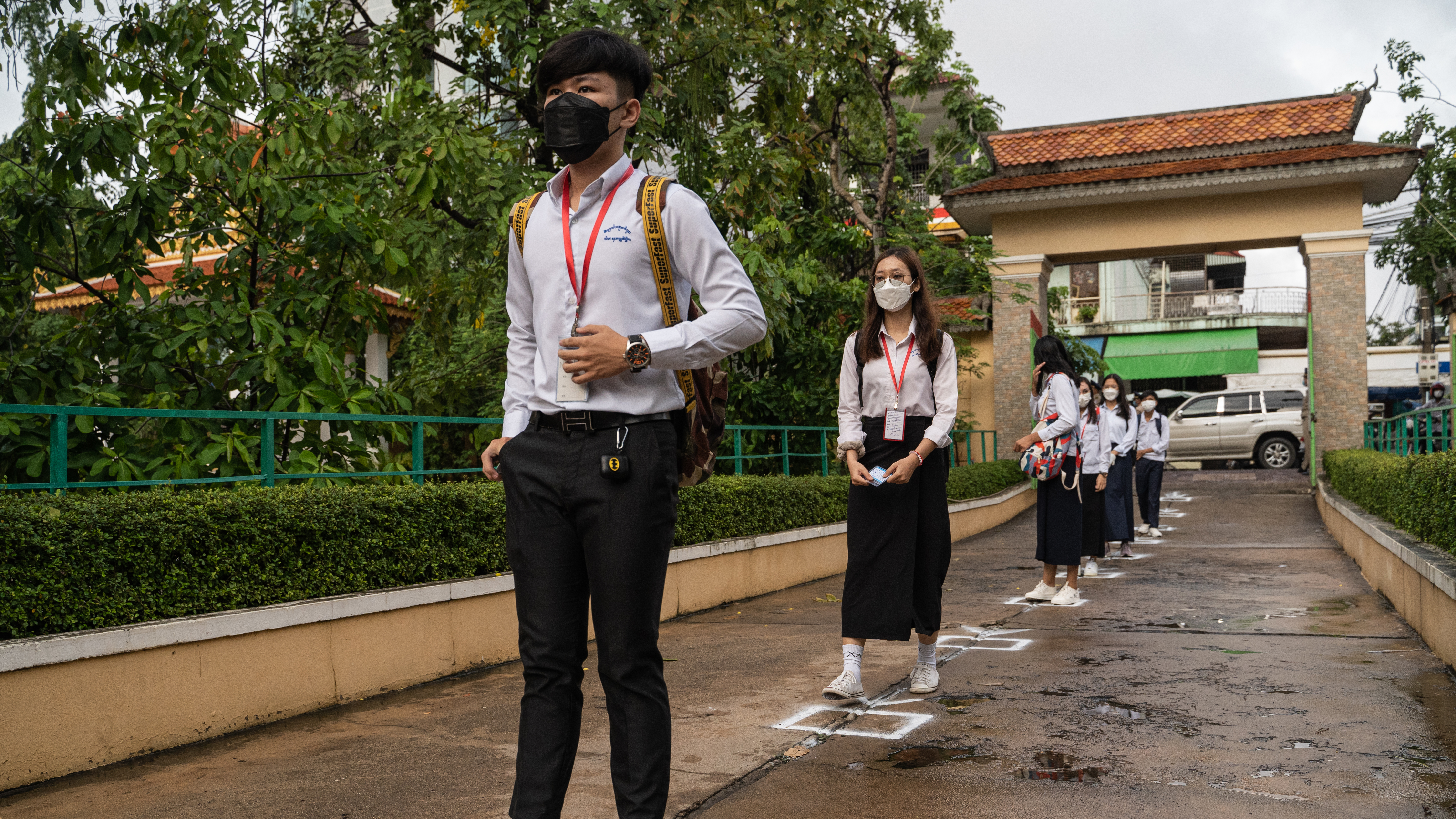 Singapore initially adopted a similarly arduous regime. But in recent months, the government has begun to switch to a "living with COVID" playbook, announcing plans to relax some rules and restart international travel with certain countries, such as Germany. The city-state also more commonly allows people to quarantine at home for up to 14 days.

This month, Singapore's model has already been tested — and somewhat thwarted — by a fresh outbreak of the Delta variant, which has suspended further reopening plans.

Some critics also point out that unlike in Hong Kong, Singapore still has various other restrictions that pose challenges to daily life. Until August, for example, people weren't allowed to publicly gather in groups of more than two, whereas Hong Kong has for months allowed groups of up to four people in public places.

No end in sight

But for many in Hong Kong, the grass is still greener on the other side of the South China Sea.

Frederik Gollob, chairman of the city's European Chamber of Commerce, argues that Singapore is gaining an edge on Hong Kong because of its willingness to signal an end to burdensome pandemic restrictions, even if progress has stalled.

"Of course it's benefiting," he told CNN Business, referring to Singapore. "This is happening as we speak." 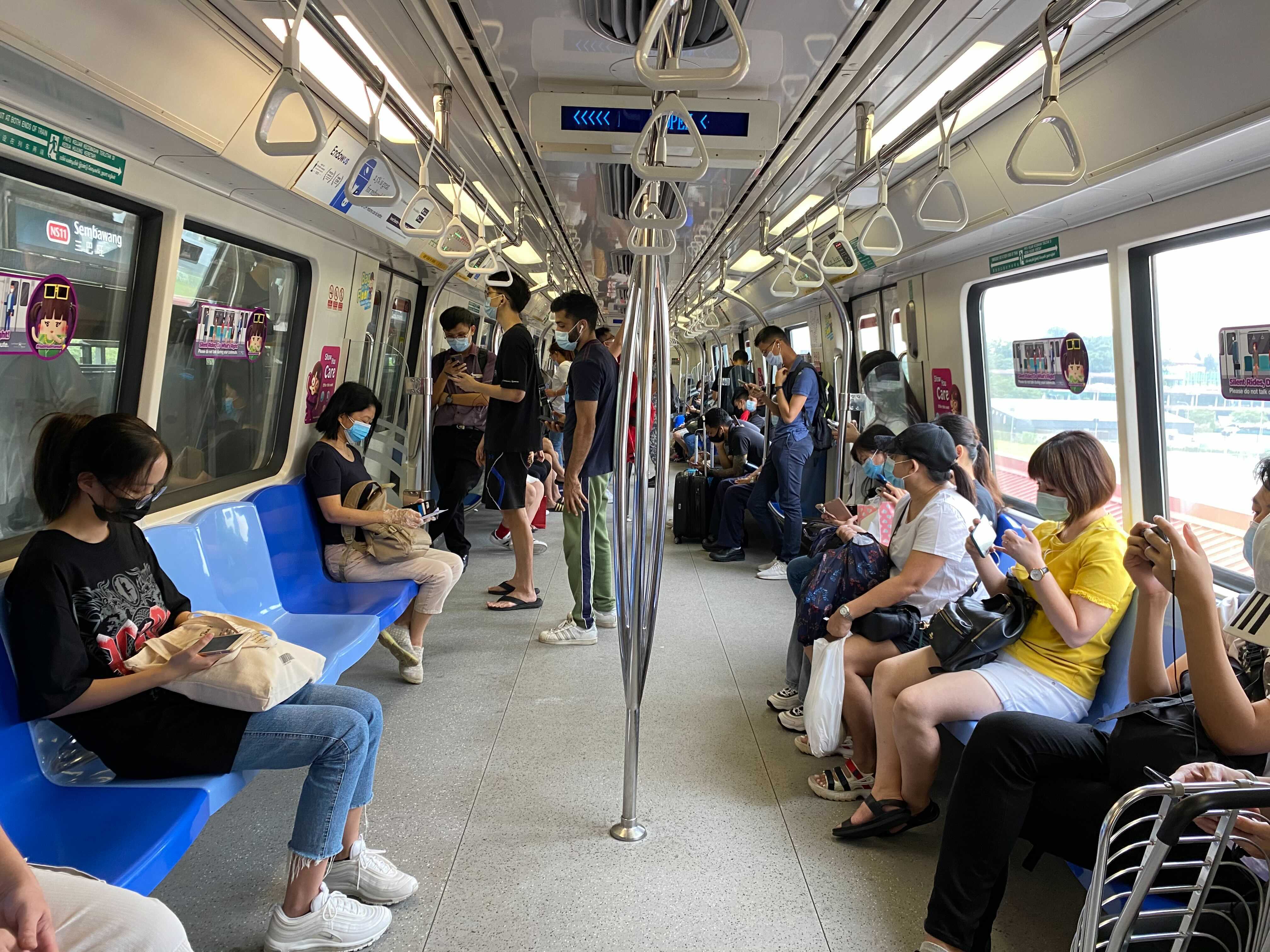 Mr Gollob said he knew of "many examples" of companies where C-suite executives were deliberating whether to shift some operations out of Hong Kong, or which were waiting for "office leases to expire." He declined to name those firms, citing sensitivity concerns.

With Singapore's attempt to move forward, "those companies now have an alternative, not because they were actively looking for it, but because of this situation [in Hong Kong], where everything is in limbo and you can't plan ahead," Mr Gollob added.

"This moving or non-existing goalpost is exactly the problem ... businesses hate nothing more than insecurity."

That uncertainty is weighing on Mr Fong. The Versace employee said he had made plans to travel home twice since the start of the pandemic, only to have his trips cancelled both times due to changing quarantine restrictions. 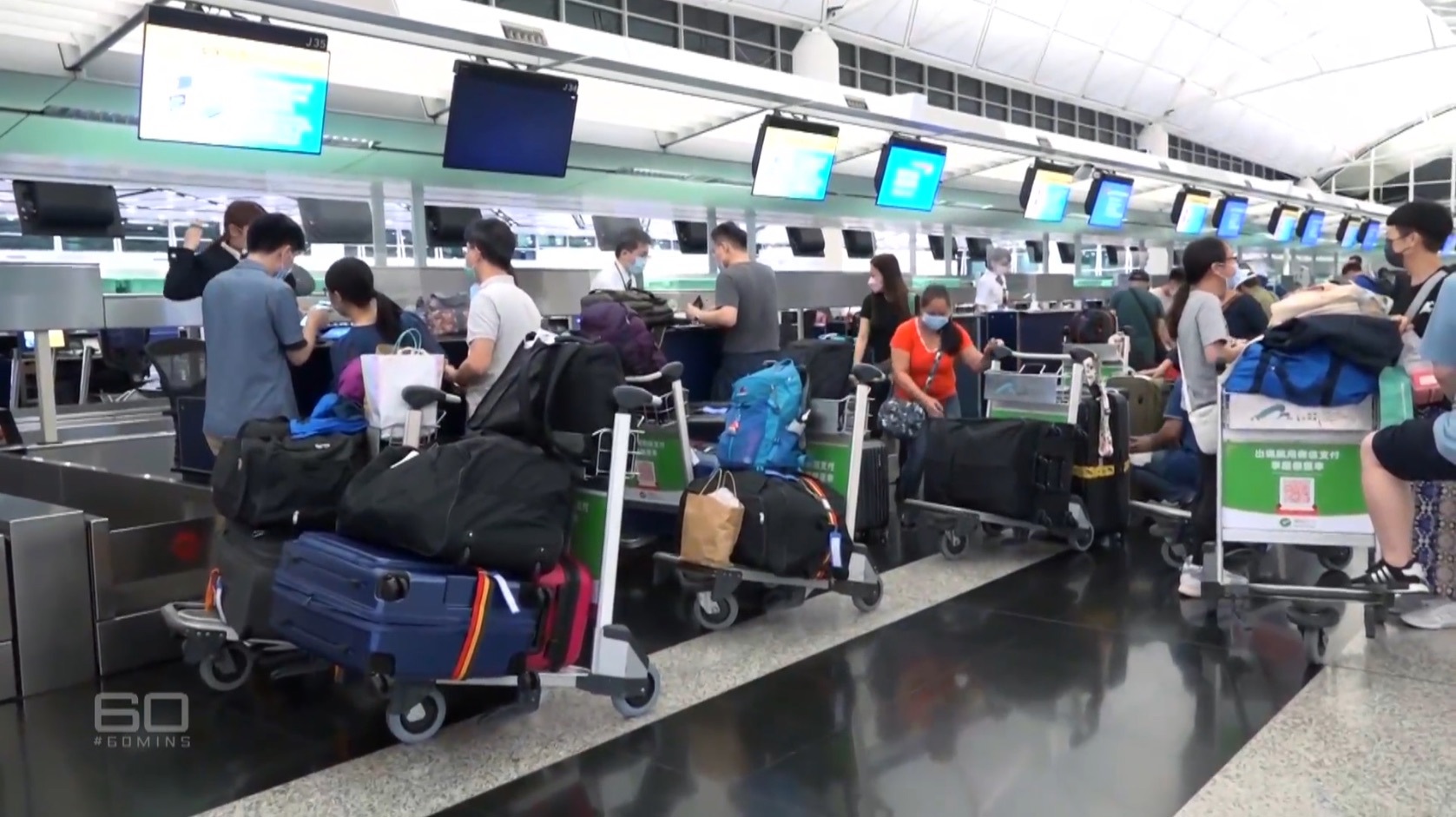 Pressure on the Hong Kong government is mounting. In August, Mr Gollob wrote a widely circulated open letter to Hong Kong Chief Executive Carrie Lam, calling on the city to "open itself sooner rather than later."

"[Otherwise,] this new quarantine regime could lead many in the international community to question if they want to remain indefinitely trapped in Hong Kong when the rest of the world is moving on," he wrote.

Hong Kong last recorded a local COVID-19 infection on August 17, and has for weeks only reported about a handful of cases per day on average, from people entering from overseas.

"The question is, what do we need to do? Is it: We need to achieve zero COVID? We have zero local infections," Mr Gollob said, who represents more than a dozen foreign chambers in the city.

"It became very clear to us that someone has to ... bring forward a different view on the current situation." 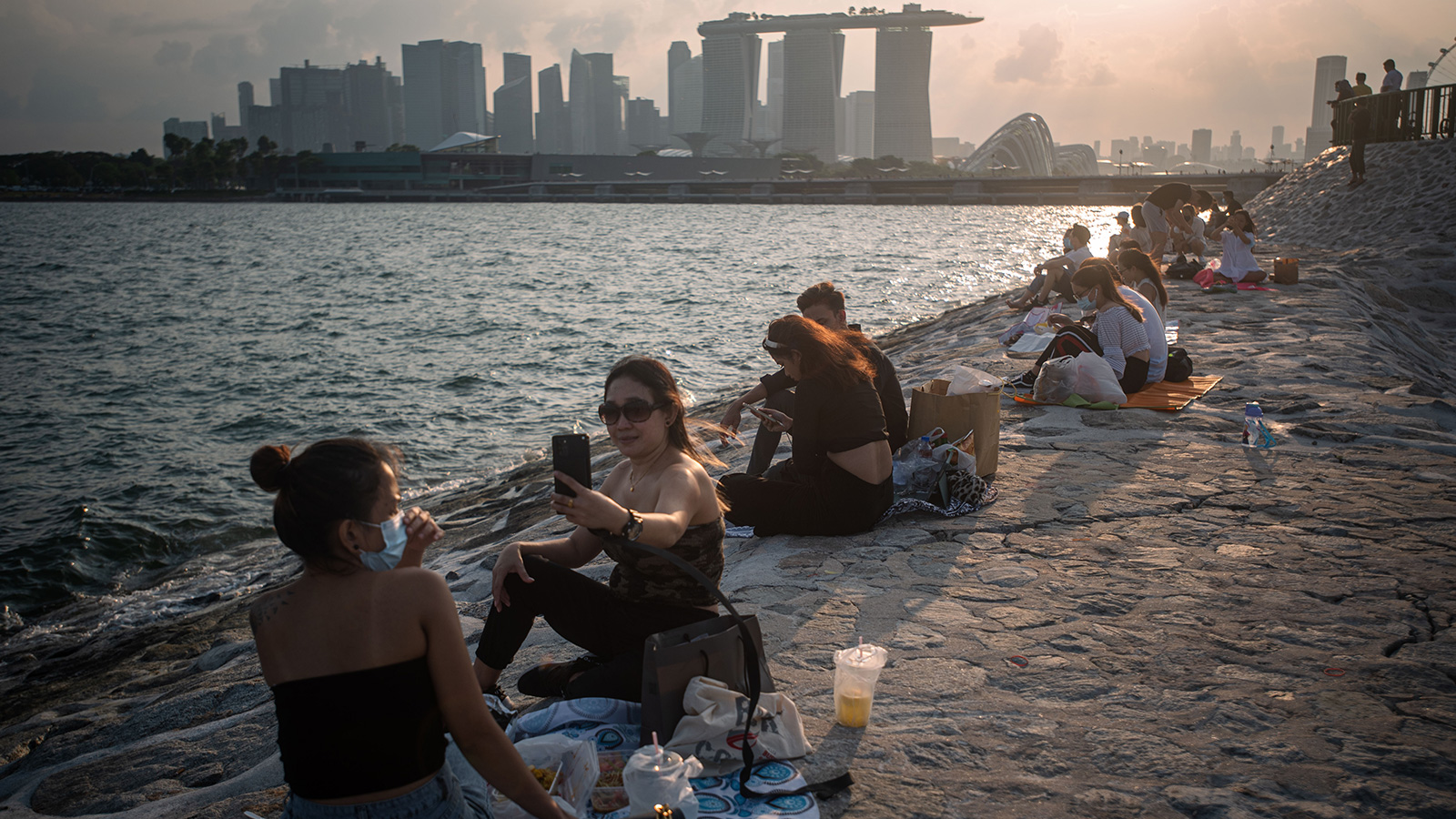 Some executives have taken up their concerns with the government directly, albeit in private. Recently, the Asia Pacific chief of a major European company warned Hong Kong Commerce Secretary Edward Yau that it would move a considerable part of its business to Singapore because of the quarantine restrictions, according to a person familiar with the matter.

"It was an attempt to demonstrate to the government that this [is] not only talking, but things are happening," the person added.

The person declined to share further details, saying they were not authorised to speak on private matters.

The upside of 'zero COVID'

In an interview with CNN Business, Mr Yau said he understood their frustration.

READ:  'What We Need To Do' coronavirus ad campaign launches in Victoria

"I would not like to see any single company required to — or being put in a situation to — make the tough decision of leaving," he said. "But that's why we maintain [such] close contact with all the foreign chambers, in explaining to them, and also taking into account their views."

Mr Yau emphasised that there was "no perfect solution" for governments around the world trying to balance both economic and health concerns. "There is no one size fits all," he said. "This is a twin battle that we are fighting."

To be sure, Hong Kong has enjoyed success in tackling the pandemic. 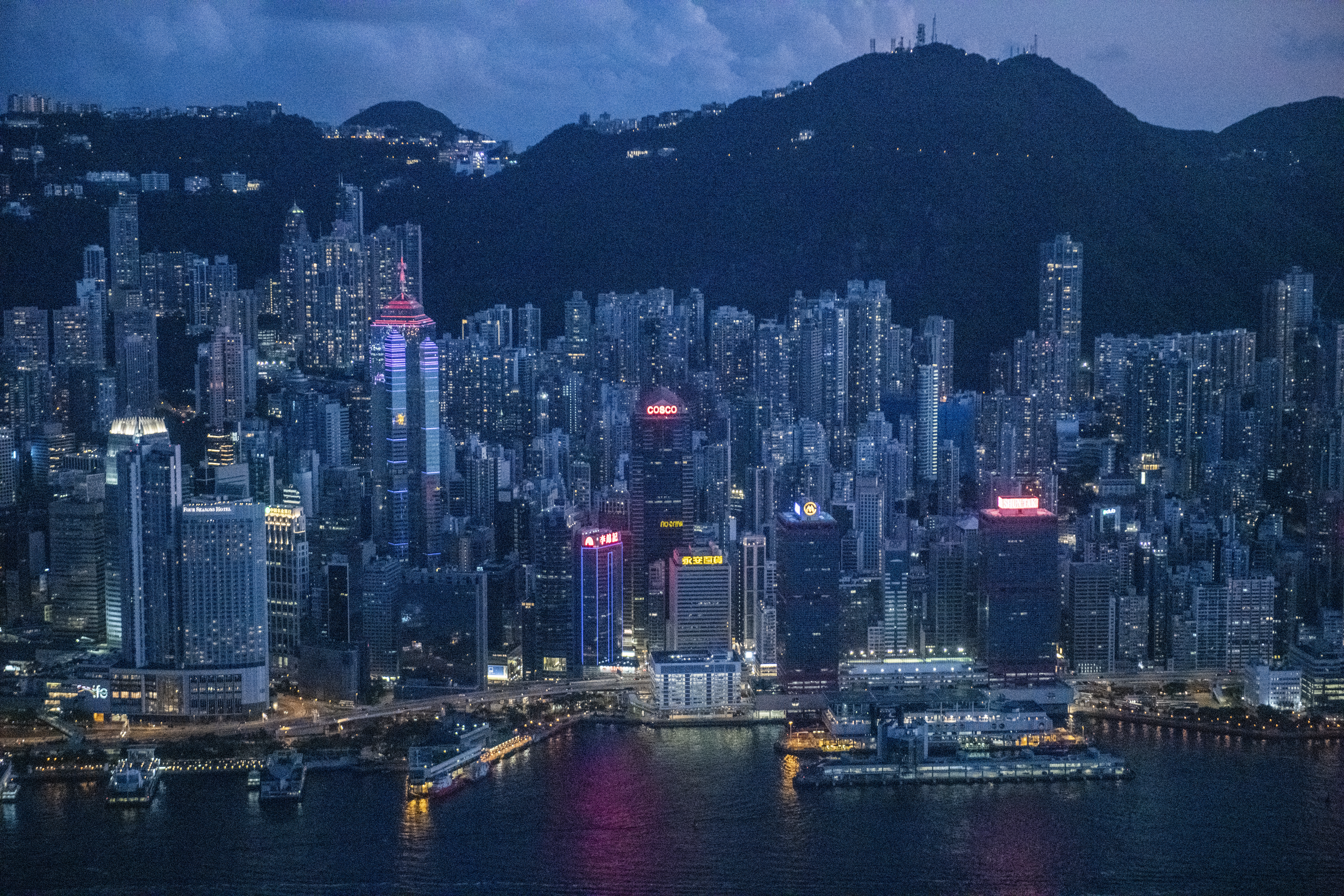 The city recently marked more than 21 days without local infections, Mr Yau noted, while pointing to Singapore's recent uptick in coronavirus cases. The city-state has registered 334 new daily cases on average since the beginning of September.

"Let's not lose sight. This is hard-earned," Mr Yau said. "We must maintain this high level of vigilance."

The government has also pointed to The Economist's "global normalcy index," which tracks the resumption of activity across categories including work, shopping, entertainment and transportation. Hong Kong leads the ranking of 50 of the world's biggest economies.

This month, Hong Kong also reclaimed its status as the host of Rise, a marquee Asian tech conference it lost to Malaysia last year. Organisers cited the city's efficiency in battling the pandemic as part of the decision.

"We never give up in bringing back all these major events," Mr Yau said. He cited the international air fair Art Basel as another example, which held its first in-person exhibition since 2019 in Hong Kong earlier this year. 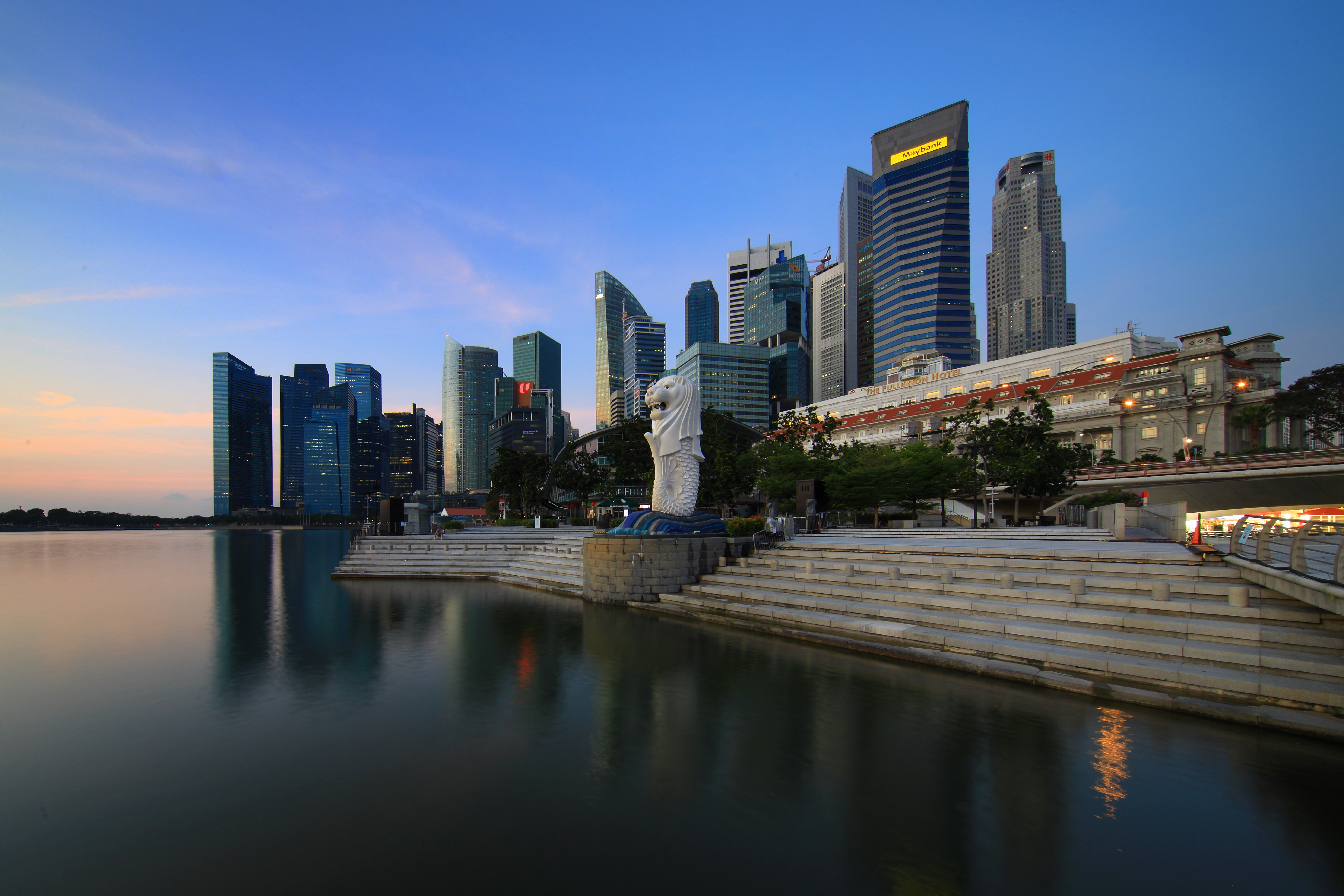 There have been other bright spots, too. This month, Hong Kong announced that it would loosen some border restrictions, allowing travellers from mainland China and Macao to enter the city without having to quarantine.

Reopening to the mainland has been crucial for businesses who view Hong Kong as a gateway to the vast market there.

To do so, the government has been forced to take "a very robust approach to suppress the importation of infected cases from overseas so that our COVID-19 situation is acceptable to the mainland authorities," according to Ms Lam's office.

Authorities in mainland China and Macau have not yet reciprocated, meaning that most travellers from Hong Kong must still quarantine there.

But for all the outcry among expats, Mr Yau argues that the local community may not feel the same way.

"I don't think the local community would agree" with the same demands to end quarantine, he said.

One possible reason is that unlike Singapore, Hong Kong is grappling with vaccine hesitancy. Despite having seven months to get the shots for free, only about 66 per cent of the population have had their first dose, compared with more than 80 per cent of those on the island nation.

Even without the COVID crisis, headhunters were having trouble bringing fresh talent to Hong Kong, according to Jaya Dass, managing director of Singapore and Malaysia at Randstad, a major recruitment firm.

"There's some hesitation there," she said, noting a change of mood in recent months due to political events, such as the introduction of a controversial national security law that has given Beijing greater control of the city.

"I think where I see a shift is more on a personal level of how people emotionally feel about living in Hong Kong."

Some business groups have found the same. According to the American Chamber of Commerce in Hong Kong, "an unprecedented number of expatriates [have been] leaving or planning to leave the city over the past few years."

In a report released in May, the chamber said that 42 per cent of survey respondents were considering or planning to depart, with discomfort over the security law being the chief concern.

The law was introduced in Hong Kong last year. It bans any activity Beijing deems to constitute sedition, secession and subversion, and allows Chinese state security to operate in the territory.

Some firms have already reduced their presence in Hong Kong because of the political upheaval. Last summer, The New York Times moved its digital news operation for Asia from Hong Kong to Seoul, citing the potential impact of the security law. Investing advice website Motley Fool and TikTok also pulled out.

Singapore has long positioned itself as a prized alternative for many companies. Some tech giants, such as Facebook and Netflix, already treat the country as a regional home base.

Banks hunting for opportunities in Southeast Asia have also warmed to Singapore. Citi, for example, announced plans this year to hire 2,300 people in wealth management across Asia by 2025, and it expects the new recruits to be mostly in Hong Kong or Singapore.

Deutsche Bank's Asia Pacific CEO Alexander von zur Muehlen is also based in Singapore, with the lender citing a commitment "to a dual-hub structure in the region."

In some cases, the quarantine restrictions in Hong Kong have sped up the decisions for job-seekers to head to Singapore, Ms Dass said.

"I couldn't say it's only based on that," she added. "[But] right now, I think the climate in the pandemic ... makes people reevaluate their choices."