Denzel Washington is candid about his approach to parenthood. The actor and his wife, Pauletta, have four children ― John David, Katia, Malcolm and Olivia. Over the years, he’s spoken about his experience as a parent in various intervie… 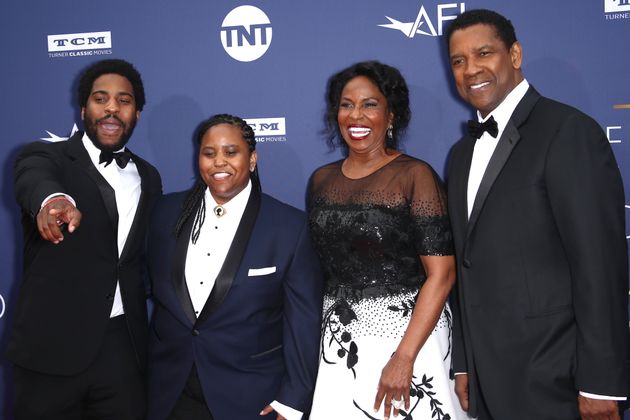 Denzel Washington is candid about his approach to parenthood.

The actor and his wife, Pauletta, have four children ― John David, Katia, Malcolm and Olivia. Over the years, he’s spoken about his experience as a parent in various interviews.

In honor of his birthday, here are 13 quotes about parenthood from Washington.

On His Parenting Style

“If you have kids, you know there is no style! It’s a hybrid. It’s what my wife and I learned from our parents, and applying religious instruction, discipline, athletic activity and academic excellence whenever possible. My wife’s done a great job. She’s been the consistent one, just trying to give them a normal life.”

On Being Real With His Kids

“When my oldest boy was about 14, I started to talk to him about some of the mistakes I made in life, just to put a few dents in that shiny armor.”

On His Parenting Examples

“My father was a preacher – a kind, spiritual person. My mother owned a beauty shop. I grew up working in New York City barbershops and in church, which are where you find the best storytellers. Dad wasn’t educated ― he was a country boy. He encouraged his children to go to high school and then get a good job. My mother was a city girl, raised in Harlem. She was a go-getter and wanted more for us. My parents were inspirations by example.”

On His Advice For Expectant Parents

“Sleep now because you won’t be sleeping then.”

“I think children are born good. But a child doesn’t know right from wrong, so moral instruction is important. I remember my eldest boy saying ‘Dad, I always thought you were so strict ― now I appreciate it.’ Free will can be a double-edged sword. By the age of 21, my son could see that.”

“My children are good people. They are not perfect but they are generous and humble and kind. My wife did that. There is no secret to the perfect marriage. I have been married 27 years to Pauletta. Everybody has their ups and downs; we’ve had ours. It’s hard work, you know. But we made a commitment. A spiritual foundation helps everything ― marriage, work, peace of mind.”

“We try to instill the positive influences we got from our parents: in our case, church, school, humility, volunteering, the importance of helping others. I have four children: the eldest is a professional footballer; Katia, my eldest daughter, has just graduated from Yale law school. They’ve all gone to college.”

“They live well, but we don’t just give them anything they want. When our twins turned 16, I bought them used cars. Okay, they’re BMWs, but I wanted them in something safe! I got them into athletics, which has also been important. They’ve learned about hard work and fair play. But when it comes to the kids, I give complete credit to my wife, Pauletta. Early on, we decided that we wouldn’t drag them around to all the places I go. Pauletta was the consistent one who made breakfast every day and took them to school. She taught them their prayers.”

On Watching His Kids Grow Up

“It’s great helping them navigate this minefield. The job’s not done, but to see him, a man now, responsible, paying bills and finding out what life’s all about. My daughter’s a sophomore in an Ivy League school; that’s unbelievable. And my twins are driving now, so that’s crazy.”

“I joined in as often as I could. When my parents were together, my father worked a lot, too. He always had two or three jobs, so he was never home either. Children adjust. My kids knew that I was always trying to get home to be with them. I’d tell them, ‘You have school Monday to Friday, and I have work. We both have our jobs to do.’”

On Being A Sports Parent

“Money doesn’t buy happiness but it’s a heck of a down payment. You soon realize you can only drive one car at a time. I have an Aston Martin but I prefer my truck. When you get older and wiser, you simplify. You don’t need as much. You have raised your children, and now you live through them. Their success is what’s important to me. I just won a Tony award for a Broadway show. Another Oscar would be nice. But I’d rather leave this earth as a successful parent than a successful actor.”