State and Federal Governments are facing a growing backlash from HomeBuilder applicants who say they have missed out on a grant of up to $25,000 because of ‘glitches’ or technical issues with the online application process.

State and Federal Governments are facing growing backlash from HomeBuilder applicants who say they have missed out on a grant of up to $25,000 because of "glitches" or technical issues with the online application process.

Clint Calman, from Southport, Queensland, bought his $599,000 townhouse off the plan from developers on December 23 last year.

The added incentive of a $25,000 HomeBuilder grant was one of the main reasons he decided to build a new home, he says. 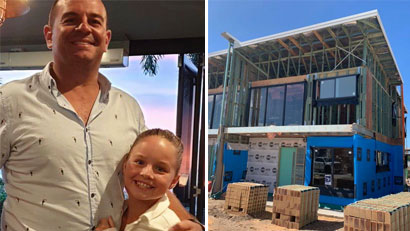 "It was a mad rush at the time because if you hadn't executed your contract by the 31st of December the grant would drop down from $25,000 to $15,000 - so everyone wanted to get it done in time," Mr Calman told nine.com.au.

The sale went through and the 42-year-old first home buyer immediately began the process of applying online for the grant through the online portal.

"I created my profile and uploaded the sale contract," he said.

"Once all the available information was uploaded you would click 'save and submit'. My account status was active and showing that I had until April 2023 to supply the relevant supporting documentation.".

Mr Calman said he logged in and out of the portal twice just to make sure his account was working.

Each time, he was sent a security code to his email to log in with. He still has those emails. 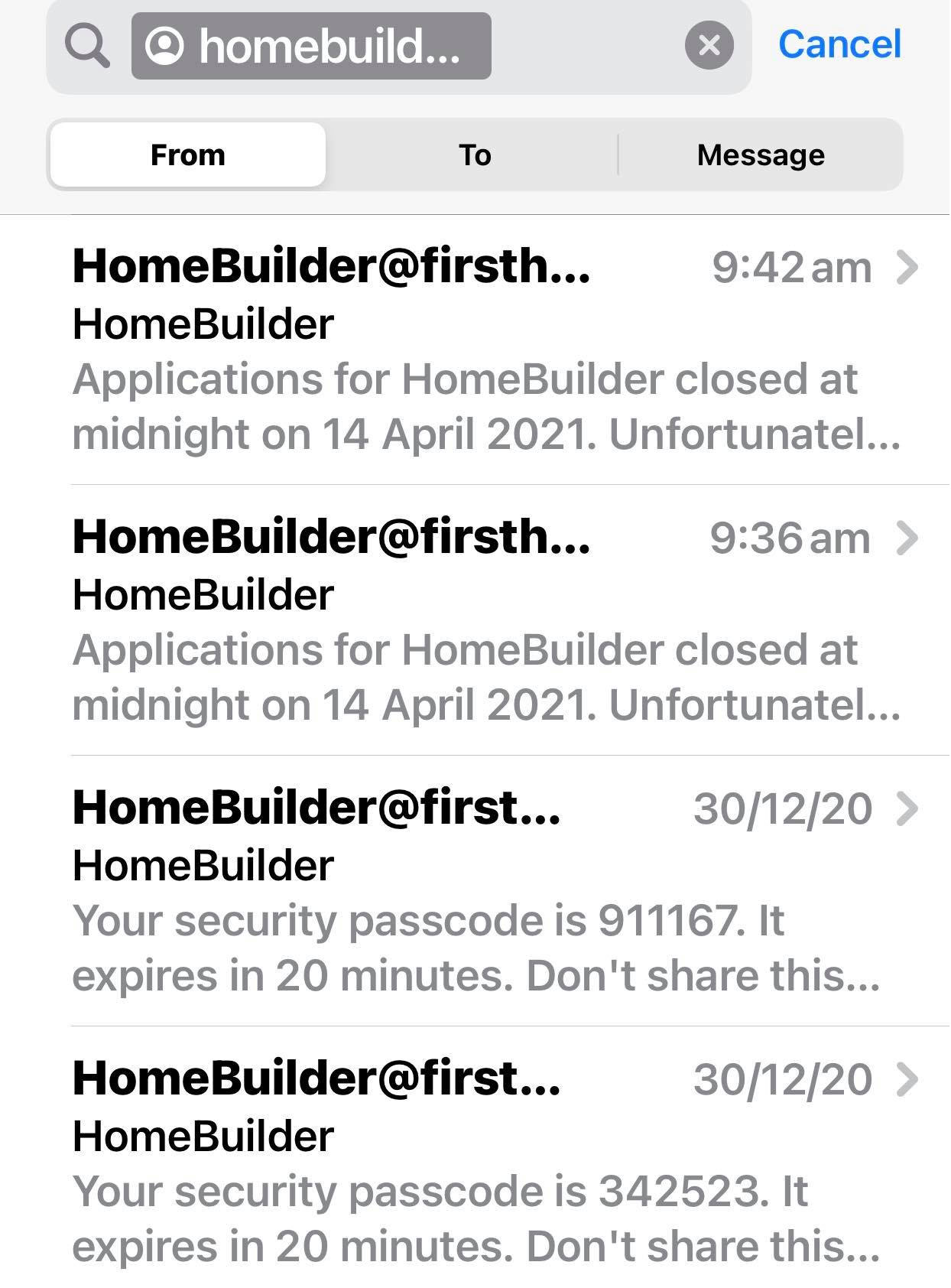 Satisfied his application was underway, Mr Calman didn't try to log back into the portal until last week.

But when he attempted to access his profile, he was met with a generic message saying applications for the HomeBuilder grant had closed on April 14.

Thinking this was the case of a simple mistake, Mr Calman contacted the Queensland Office of State Revenue.

While the HomeBuilder grant is a Federal Government scheme, the online application process is run by the revenue office of each State and Territory Government.

"That's when the nightmare started. The person on the phone told me they had no record of my application," Mr Calman said.

Mr Calman said he had since contacted the federal Treasury department, as well as Treasurer Josh Frydenberg's office and several MPs, to no avail.

"It is so frustrating. We have been left with no recourse. I was going to use that money to buy furniture and the years' worth of body corporate fees I need to pay," Mr Calman said.

Mr Calman said he was not alone and had spoken with many more people in the same situation.

"I joined a HomeBuilder grant Facebook page. After scrolling through the recent posts I couldn't believe that this had happened to hundreds, if not thousands, of applicants," he said.

Jemma Baker, from Neerim in southern Victoria, said she has also been affected by the same problem.

The mother-of-three said she and her fiancé bought a block of land and were building their dream home, all made possible by the HomeBuilder grant.

Like Mr Coleman, Ms Baker thought she had done everything right until she too was unable to log into the portal after April 14.

After calling Victoria's State Revenue Office, who told her they were aware of several similar situations, Ms Baker said she was initially hopeful something could be done.

However, she was then sent an email saying there was no record of her application and she could not get the grant.

Nine.com.au has spoken to a dozen HomeBuilder applicants who say they have missed out on the grant because of technical issues with the online portal.

While some say they recall clicking a "save and submit" button, others say they were still waiting on key information about their build, such as a construction date, before moving on to the next stage of the online application. These people said they believed logging their details and starting their application was all they needed to do to meet the cut-off criteria.

All of the applicants said the process was confusing and open to misinterpretation.

"At no time did the government comms explain that your application could be 'submitted' in stages and what their definition of 'submit' was. Meaning, you didn't need to wait until you had all your documents. You only needed to answer the questions and click submit," one applicant said.

"The online portal did not have a progress bar showing all the steps and which step you were up to.

"Prior to clicking the submit button, applicants had to acknowledge a statement that said if you provide misleading information there would be legal consequences. So, naturally people were reluctant to put in a construction start date until they knew what this would be.... and few people knew the start date as a result of all the industry delays and bottlenecks caused by the 400 per cent surge in demand."

A Federal Treasury spokesperson said state and territory governments were responsible for the administration of the HomeBuilder scheme.

"Where individuals have concerns regarding the application process, they should contact the relevant State or Territory Revenue Office."

Nine.com.au has contacted the Queensland Office of State Revenue for comment but is yet to receive a response.

Nine.com.au understands both treasury departments within both the State and Federal governments are aware of the technical issues with the HomeBuilder application process.