A Melbourne woman who was threatened at knifepoint by an armed intruder says she is too frightened to stay in her home.

A Melbourne woman who was threatened at knifepoint by an armed intruder says she is too frightened to stay in her home.

Two armed burglars forced their way into the Glenroy home, in the city's north-west, about 4.30am on Monday, terrorising tenant Kayla just minutes after her 34-year-old husband Cory left for work.

The intruders wreaked havoc inside the rental property, causing thousands of dollars' worth of damage and stealing a computer with precious family photos.

Kayla told 9News she feared for her life as one of the men held a knife just inches away from her throat.

"I thought I was going to die," she said.

"I didn't think I was gonna survive it.

"He's put the knife two inches away from my throat.

"He's tried to lunge the knife, tried to stab me. He's threatened to kill me."

One of the men made aggressive demands for money during the terrifying encounter.

"The guy was telling me: 'Where's my thousand dollars? Give me my f---ing money'," she said.

Meanwhile, the second man was stealing a knife, handbag and a computer with precious photos of Kayla's grandfather.

"I can't get any of that stuff back because it's all gone now." 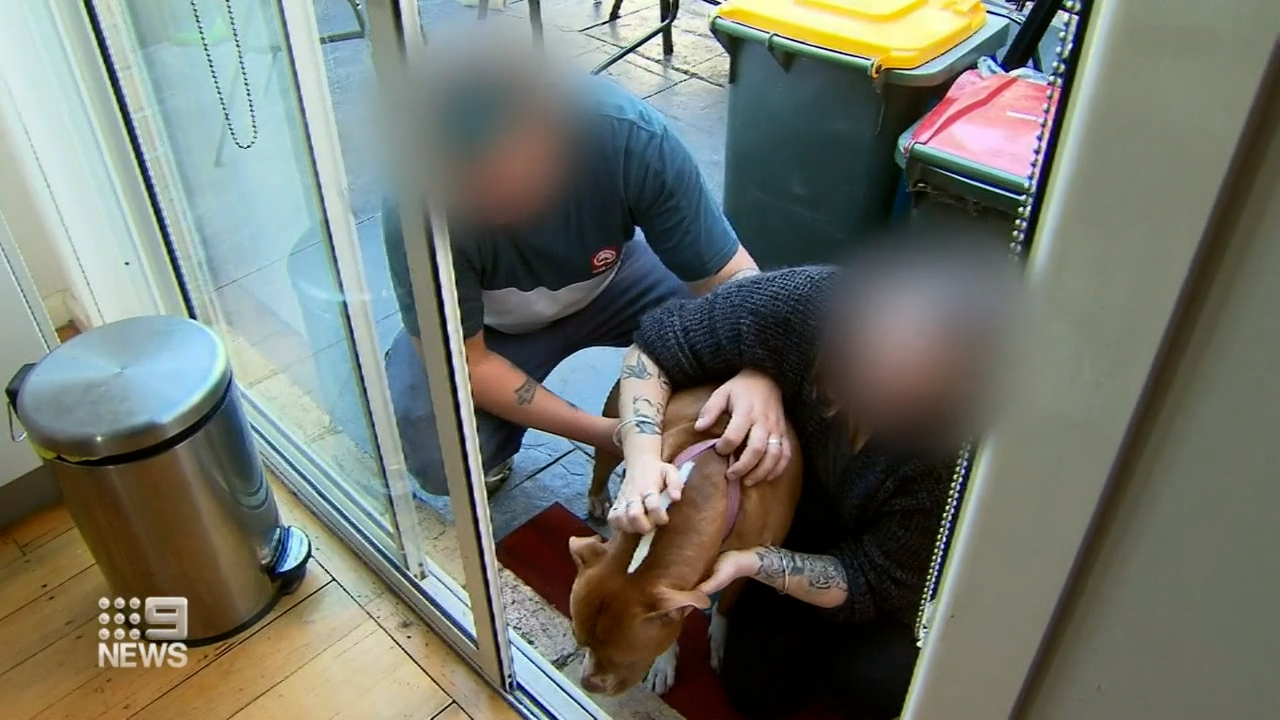 The couple's trusted Staffy, Willow, saved the day by jumping on the intruders in a protective defence, causing them to step back, Kayla said.

The pair smashed the couple's $4000 TV before fleeing the scene.

Cory, 34, said he felt like he failed to protect his wife as he was not home at the time of the terrifying ordeal.

READ:  How To Uninvite Wedding Guests If Your Plans Changed Due To Coronavirus

Police are investigating the aggravated burglary and have a number of leads.

The burglars are described as stocky and Middle Eastern in appearance and were last seen taking off in a silver Holden Astra.

The couple only moved into the rental around four weeks ago, but after what happened they say they are too terrified to stay here.

They desperately want to break their lease but are embroiled in a dispute with their real estate agent.