A US highway patrol officer is captured ‘awfully close’ to being struck by lightning while assisting a driver on a highway roadside.

An American highway patrol officer is lucky to be alive after lightning struck almost on top of him.

A startling clip of the incident shows a flash of light and loud eruption just metres away from the officer as he tried to help a driver on the side of the road in Oklahoma. 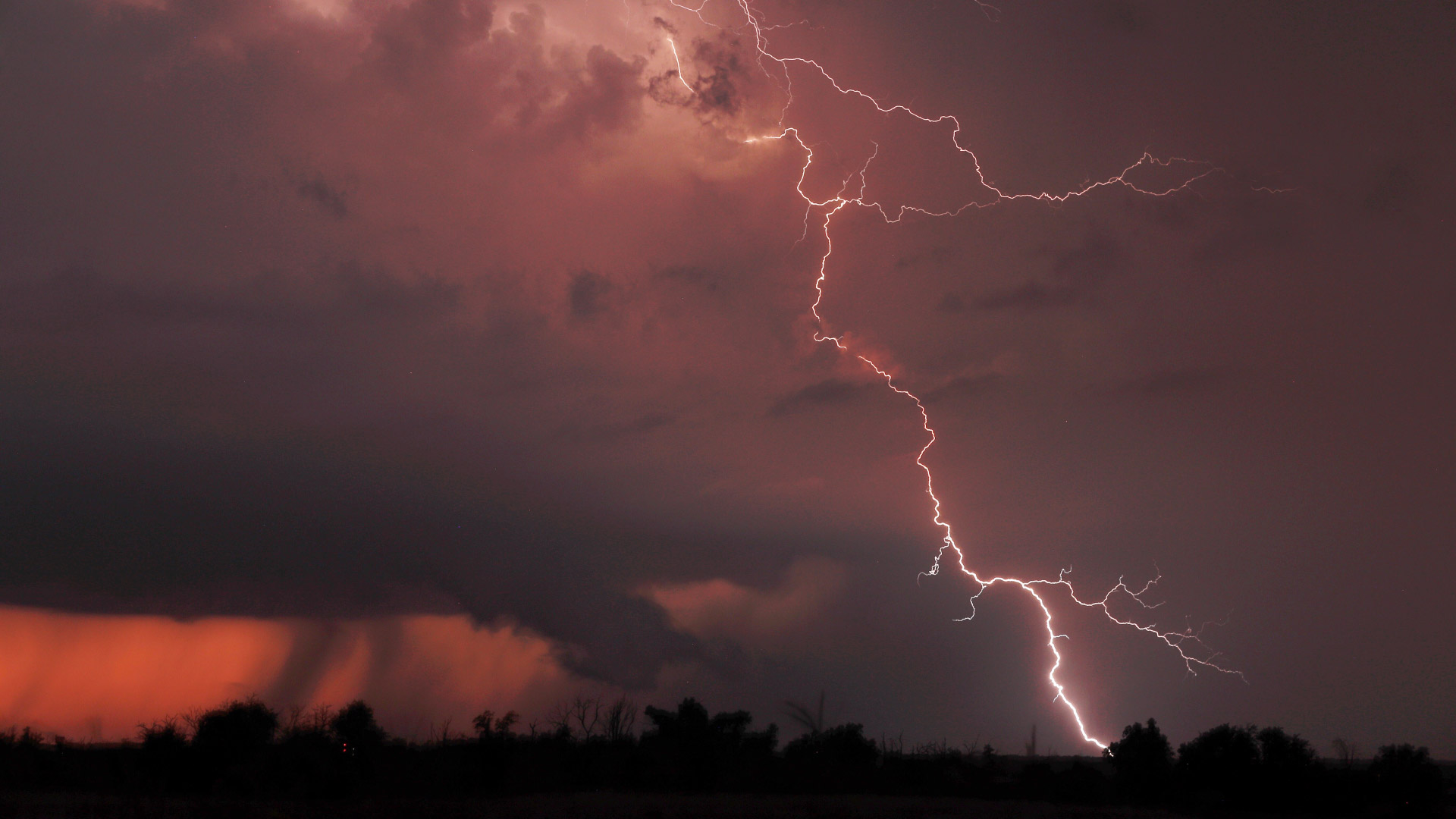 The officer can be seen attempting to take cover as the red hot bolt strikes.

"Woah. That was close," Oklahoma Highway Patrol posted alongside the video on Facebook.

"This lightning strike came awfully close to our trooper yesterday when he stopped to assist with some equipment that had fallen off a trailer."

The officer did not sustain any injuries.