Australia’s travel industry is being rocked by new restrictions, forcing many to stand down thousands of staff.

Travel firm Helloworld has announced it will be sacking 275 people across its global network, while it will stand down another 1,300 workers for at least ten weeks through to June.

That's 65 per cent of the company's workforce.

Air and travel firms have been among the hardest hit by the coronavirus pandemic as demand plummets amid government-imposed bans and calls for increased social isolation measures.

LIVE BLOG: Cruise ship with 250 sick passengers off the coast of Western Australia 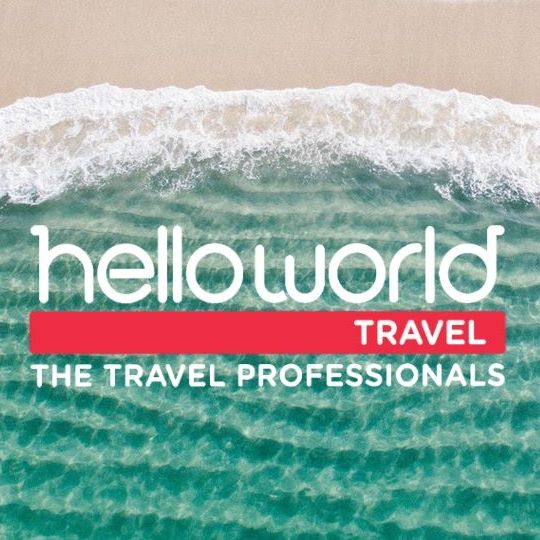 Qantas last week stood down 20,000 - or two-thirds - of its workforce and slashed international travel to help it absorb the virus blow, while Air NZ has accepted a billion-dollar loan from the New Zealand government to stay afloat.

Virgin on Monday said it expects its domestic schedule to suffer a material impact as a result of new federal and state government travel restrictions at the weekend.

The beleaguered airline will provide more information in the coming days. 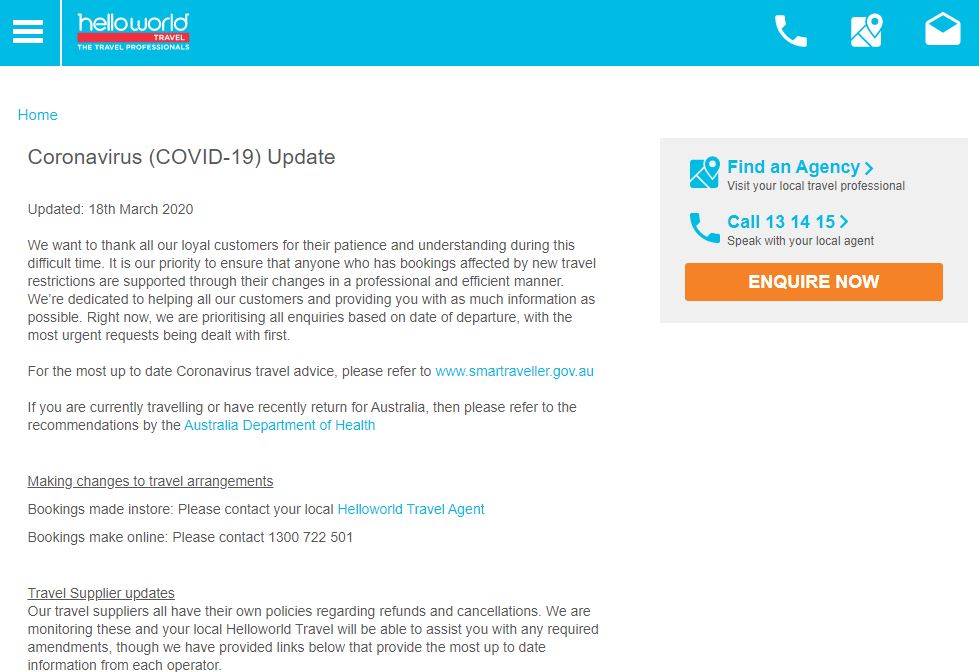 Virgin has already reduced domestic capacity across Virgin and Tigerair brands by 50 per cent and ceased its international operations in response to tightening quarantine measures.

Ratings agency Moody's on Friday also downgraded Virgin's credit rating to B3 from B2 and placed it on review for further downgrade.

Meanwhile, regional airline Rex on Monday announced the cessation of passenger services in all states but Queensland.

Rex - which was already preparing for a 45 per cent reduction in capacity - said its passenger operations will halt everywhere but in Queensland from April 6 unless federal and state governments are willing to underwrite the losses. 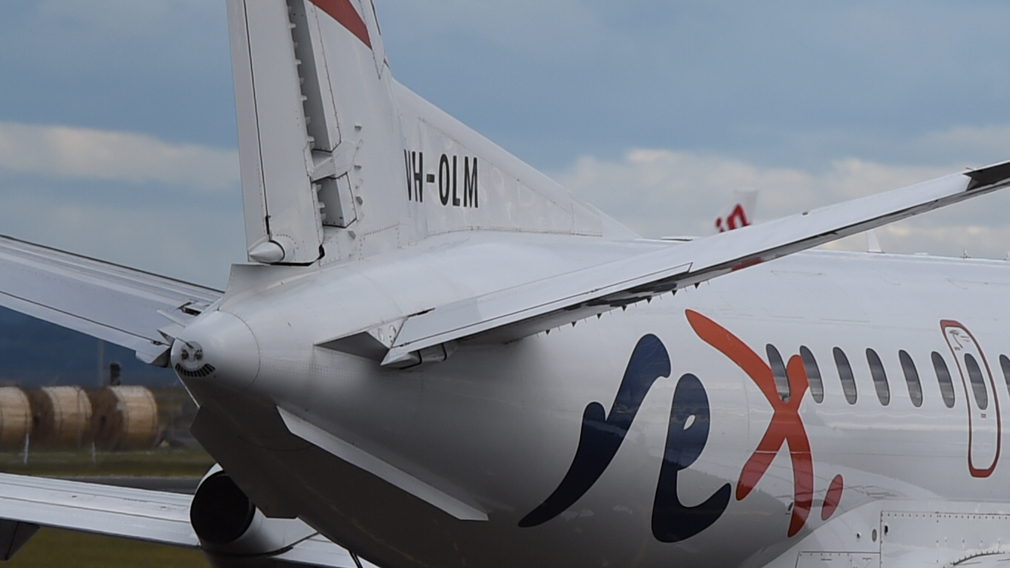 Regional Express' Ambulance Victoria fixed-wing air ambulance services will not be affected, neither will charter contracts with mining companies, freight services and pilot training at its pilot academies in Victoria and NSW.

Rex deputy chairman John Sharp said government's $715 million rescue package for airlines last week would only cover a tenth of the $10 million monthly losses Rex expected if it were to maintain a reduced schedule.

"If an assistance package of sufficient magnitude and viability can be negotiated by the end of the week, Rex may be able to reconsider its plans to suspend services," Mr Sharp said.

"Failure to achieve any traction in this regard will see regional communities lose their air services for many months ahead and even after this is all over, we are afraid that some of the more marginal communities will no longer have an air service."

Rex passengers with bookings after April 6 must wait until after March 27 before writing in, via Rex's website, to put their bookings on credit for a future flight.

No refunds will be offered.

Flight Centre meanwhile entered a voluntary trading suspension until at least March 30 as it works through the continued impact on its business.

The company on Monday also cancelled its fully-franked 40 cents per share interim dividend, a $40.1 million payout to shareholders that was due in April. 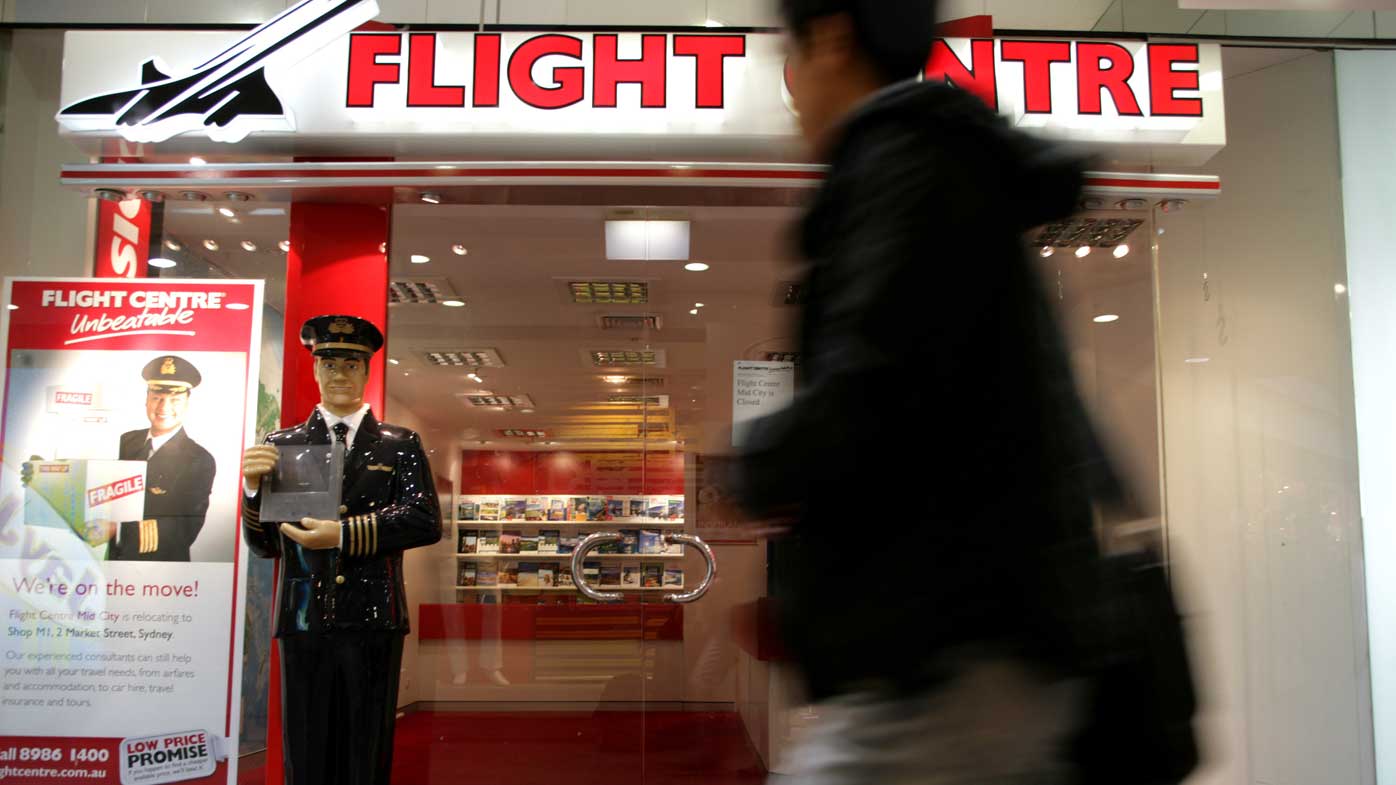 The company said the 275 redundancies announced Monday would cost it $1.4 million.

Elsewhere, travel firm Webjet has suspended trading on the ASX as it works on a proposed capital raising.

The wider stockmarket market has nosedived more than 30 per cent since February 20 but this pales in comparison to the depths the bruised ASX air and travel stocks have plunged.

Virgin Australia has lost 65 per cent of its market capitalisation at the same time and its share price was 5.4 cents, just above last week's historic low.

Helloworld shares hit a low of 76 cents on Monday, its weakest since 2003.

Flight Centre had lost 77.51 per cent this year before halting trade on Friday - not before touching a more than decade-low of $9.65.

Licensed clubs, pubs, gyms, cinemas, casinos and places of worship were to close their doors from 1200 AEDT on Monday.

South Australia, Tasmania and the Northern Territory are imposing two-week quarantine periods on people seeking to enter these states, with police checkpoints posted to monitor travellers.