Sydney dentist Preethi Reddy was the victim of a homicidal and “heinous act” at the hands of her ex-partner, who then tried to cover it up, a coroner has found.

Sydney dentist Preethi Reddy was the victim of a homicidal and "heinous act" at the hands of her ex-partner, who then tried to cover it up, a coroner has found.

The 32-year-old's body was found stuffed into a suitcase in her car hours after Tamworth dentist Harshwardhan Narde took his own life on March 4, 2019.

Reddy had suffered blunt-force head injuries and stab wounds to her neck and back. 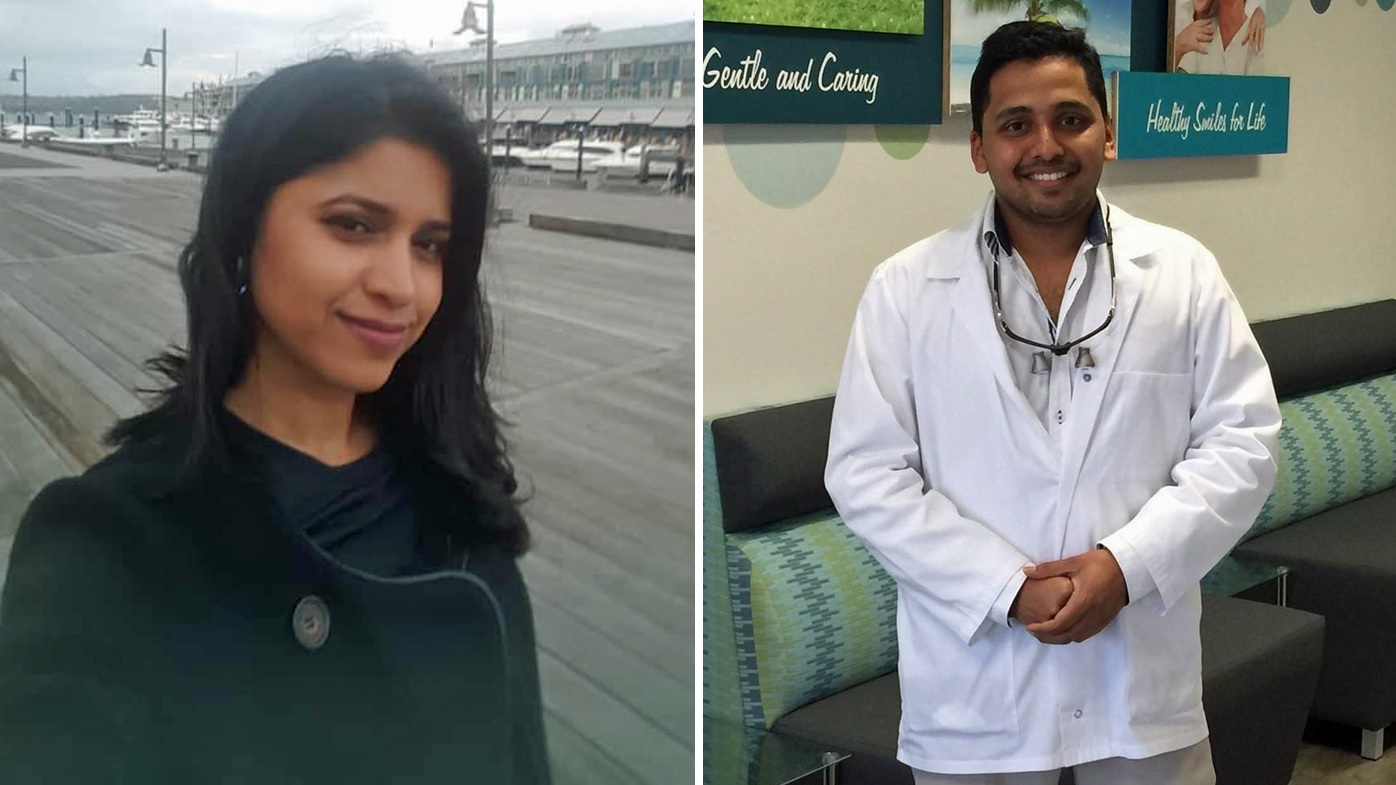 NSW coroner Carmel Forbes on Wednesday said she was satisfied Narde, 34, took the life of his ex-partner in his Swissotel Sydney hotel bathroom sometime after the woman called her current partner at 11.06am on March 3.

In the phone call, Dr Reddy told her Melbourne-based partner she'd spent the night with friends and that she loved him.

"Dr Narde's actions subsequent to (11.06am) are consistent with him attempting to conceal his heinous act," she said. 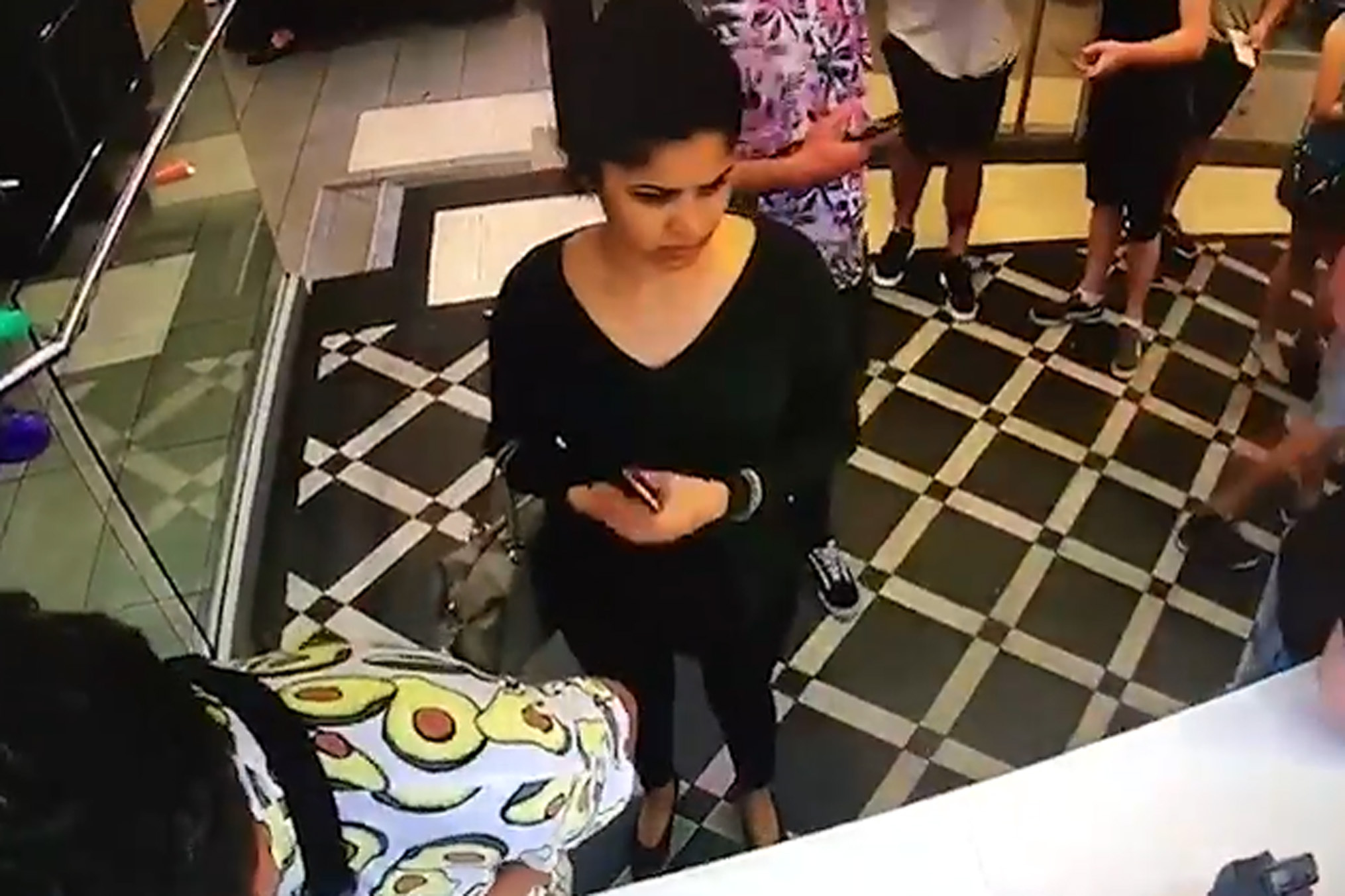 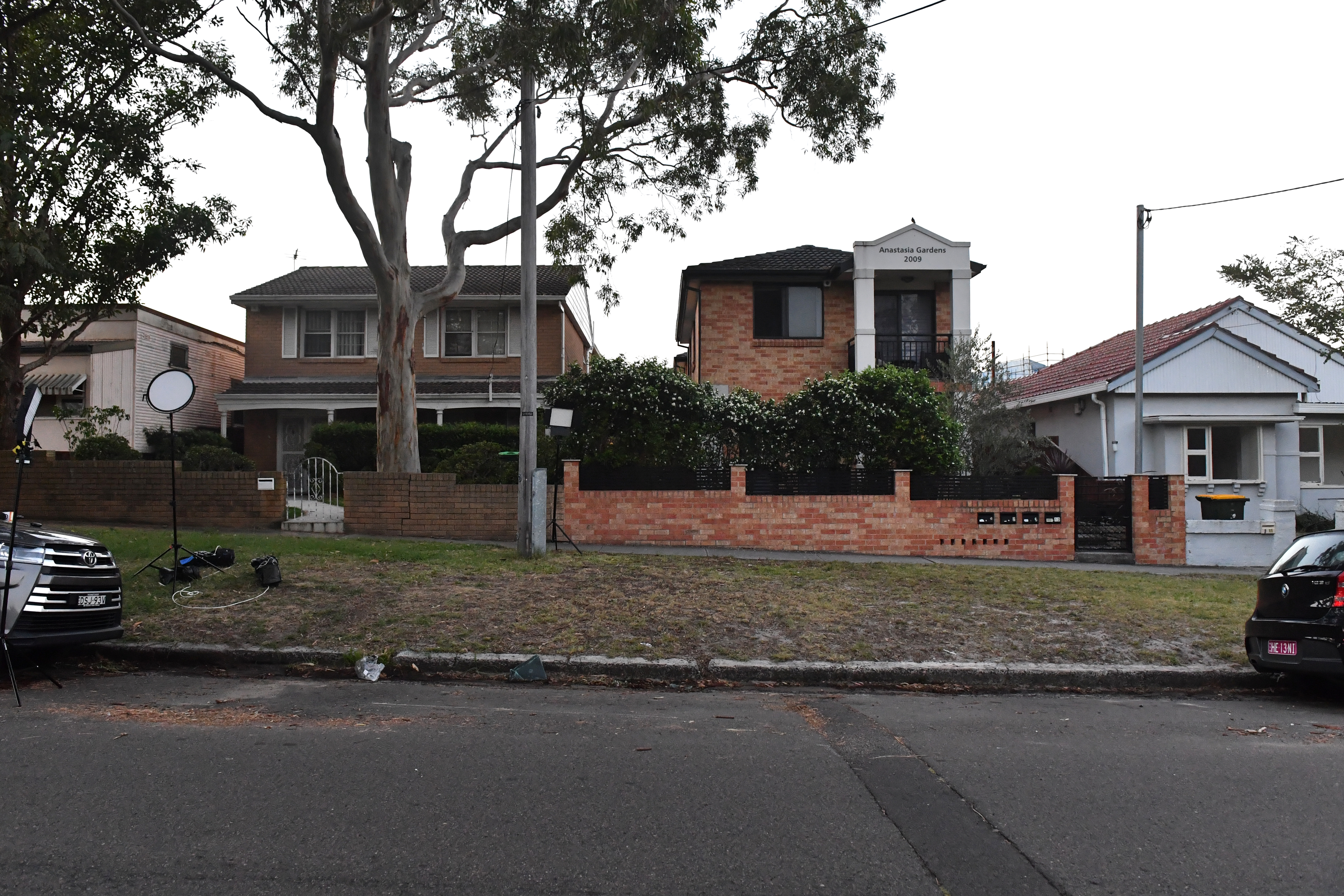 Narde about 5pm arranged a concierge to help him move the large suitcase from the room, onto the porter's trolley and into the boot of Dr Reddy's car.

Narde drove the car to a discount shop in Kingsford before hiring a car to return home to Tamworth.

The former couple had attended the same dental conference in St Leonards separately and had dinner together on March 2.

But a lack of "happiness or laughter" and Dr Reddy's closed body language at the dinner gave the restaurant owner the impression they weren't a couple, Ms Forbes said. Dr Reddy was last seen alive entering Narde's room at Swissotel about 3am on March 3.

"The circumstances of Dr Reddy's death are truly tragic and horrifying," the coroner said.

"There is ample evidence that supports the opinion expressed by Dr Reddy's sister Nithya that Dr Reddy was with Dr Narde that night trying to be compassionate and understanding towards him and trying to give him closure on their ended relationship."

Narde avoided calls from Nithya late on Sunday, then repeatedly lied to her about when he'd last seen Dr Reddy.

Narde, who made a statement to police at the insistence of Nithya, continued to lie with claims that Dr Reddy had contacted him out of the blue in late February and that he'd spent the night of March 2 at a backpackers' hostel. 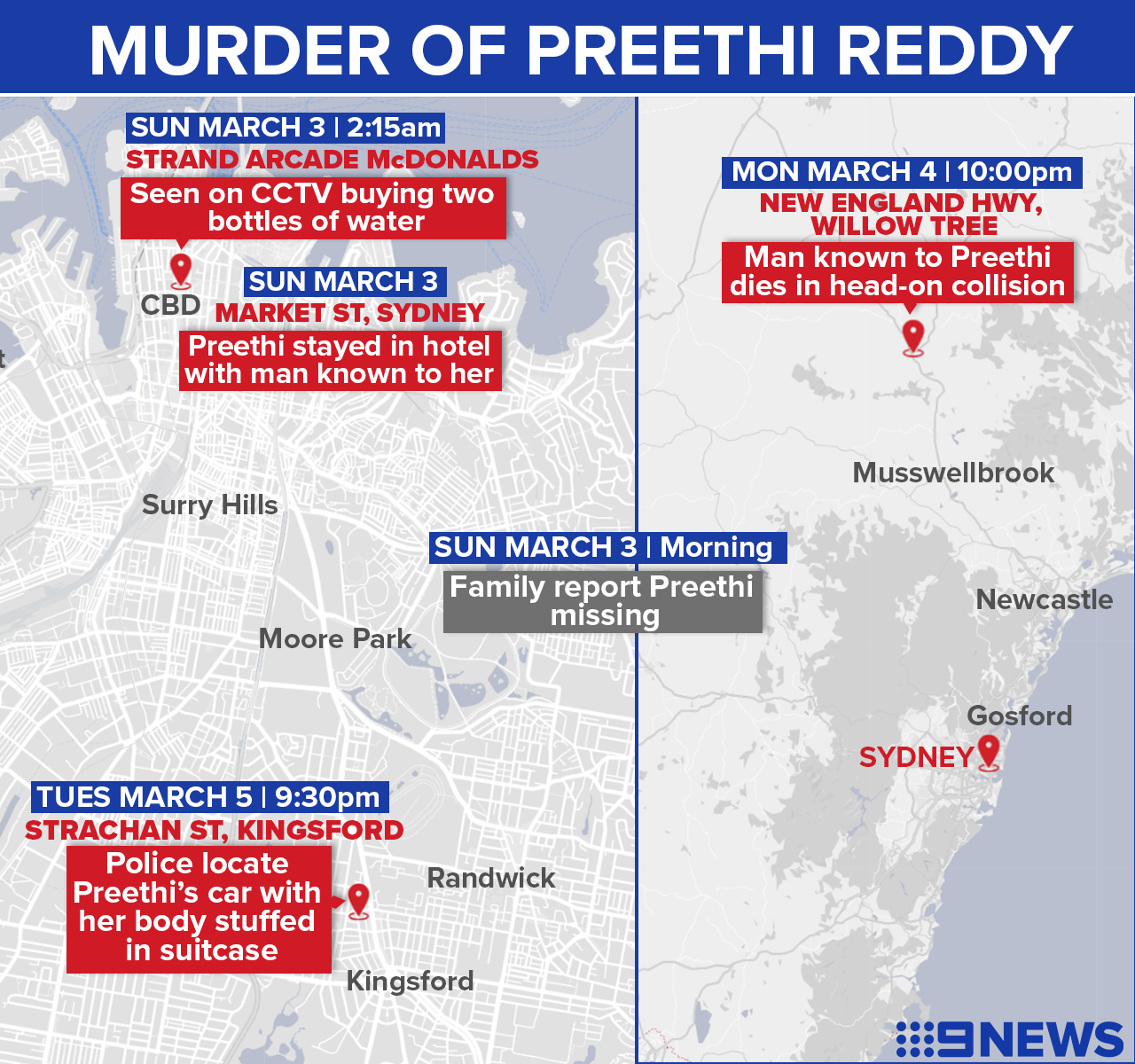 Soon after leaving Tamworth police station for a second time, he intentionally drove his car into a truck.

Dr Reddy's death was honoured at candlelight vigils in Sydney, Melbourne and Brisbane in the week after her death. 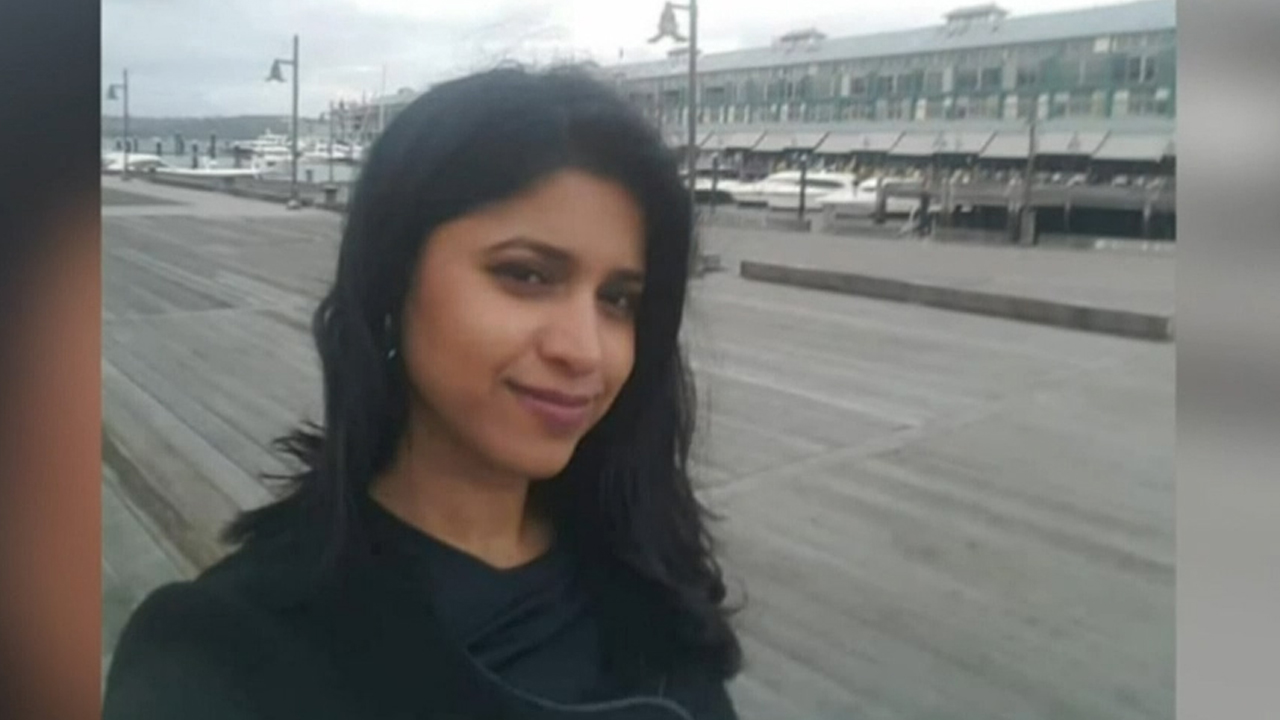 She was held in high regard by friends and colleagues and was described by her sister as elegant, bubbly, kind and witty, the coroner said.

"Her death has been an unbearable loss to her family and partner," Ms Forbes said.

The homicide will also be examined by the NSW Domestic Violence Death Review Team.