A cold front is expected to bring frosty mornings to the south-east of the country this weekend.

A cold front is expected to bring frosty mornings to the south-east of the country this weekend.

Rain is forecast to buck down over the north coast of NSW while Victorians are being told to rug up for a bitterly cold day tomorrow. 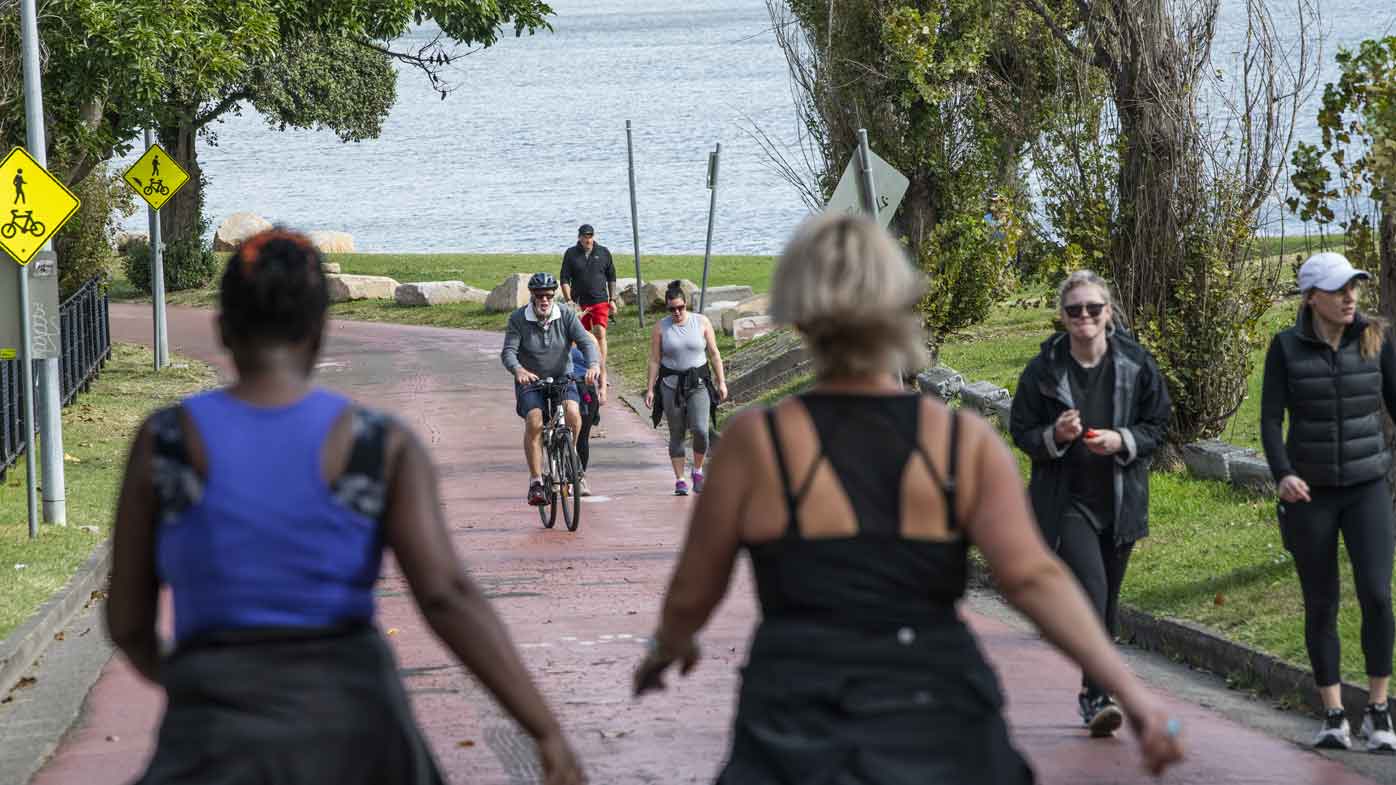 Meanwhile, in WA, the sun is shining and temperatures are above average for May.

Here is a look at the weekend's weather around the country.

Forecasts show a four-seasons-in-one day for Sydney today, with coastal areas experiencing a deluge while other pockets around the city and Inner west have had a relatively sunny morning.

The northern beaches have recorded high volumes of rain this morning with 12mm falling since 9am in Cromer.

Overall, temperatures are expected to be the lowest today they will be in the next week or so.

Conditions are not expected to stray from the May average, with slightly cooler temperatures during the day, and mostly cloudy conditions for Saturday and Sunday. 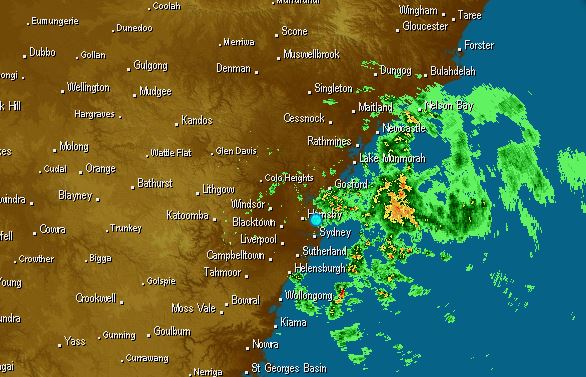 Rainfall may persist for coast regions north of Sydney with isolated showers for areas near the Queensland border.

A warming trend is expected over coming days, however as the state heads toward winter, temperatures are not forecast to be too

The ACT is headed toward some particularly cold nights and icy mornings with minimum temperatures below zero possible tonight and over the weekend.

Saturday morning is likely to be the coldest for Canberra, with temperatures expect to dip to -2C.

Victorians will experience some of the coldest conditions round the country in the next 24 hours, with Melbournians told to rug up for possibly their coldest day of the year tomorrow.

Melbourne is forecast to drop to a low of 5C tomorrow with a top of just 14C.

The city will stay below average during the evenings over the weekend until mid-next week, when temperatures are expected to warm slightly.

Despite the cold, it's expected to be a dry weekend across Victoria with mostly sunny conditions.

Queensland's weather is forecast to stay around the monthly average.

Saturday is expected to be mild with a top of 25C in the city.

Showers are expected in some areas including Cairns and Brisbane today and tomorrow.

The cold front is forecast to drive down temperatures for Tasmania today and tomorrow.

Launceston recorded a low of 3C this morning while Hobart is unlikely to reach above 14C.

Conditions could ease slightly over the weekend however the winter chill is expected to linger within minimums of 8C the state on Saturday and Sunday.

Dry conditions are forecast for most areas with the possibly of showers for Strahan and Burnie tomorrow and in coming days.

While the south-east of the country shivers over the weekend, above average temperatures are forecast for WA. 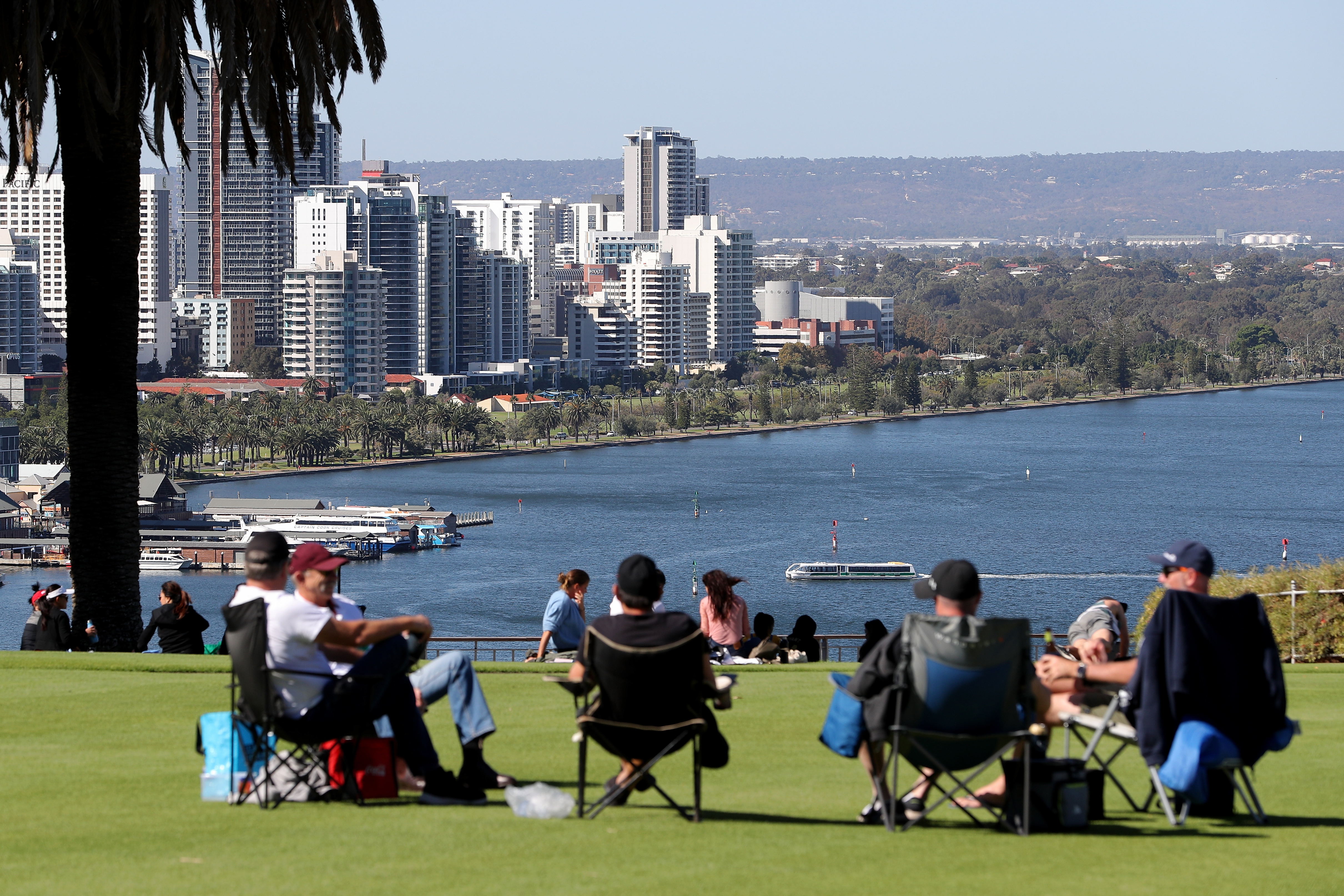 Perth is expected to reach a top of 27C today while Geraldton could hit 30C.

Temperatures are forecast to drop over the weekend with a top of 22C on Saturday in the city and a minimum of 10C.

The cold front will impact South Australia with a minimum of 7C in Adelaide recorded today.

Other areas of the state including Keith, Renmark and Clare are forecast to drop below 5C tonight with maximums of 14C.

READ:  No plans for French ambassador to return to Australia

Warm and dry conditions are forecast for around the NT today and over the weekend.

Darwin has a minimum of 24C and maximum of 34C today with similar temperatures expected over coming days.

Saturday will be mostly sunny and very warm in the Top End with clearing shower, mild-to-warm in Arnhem.

Sunny and cool-to-mild conditions are forecast over the weekend in the south.