Today, 26-year-old Blayze Pemberton-Burden represented himself in a bail application, against his lawyer’s advice.

The driver accused of terrorising people in Melbourne's Flinders Street has allegedly claimed he was inspired by Bourke Street killer James Gargasoulas.

Today, 26-year-old Blayze Pemberton-Burden represented himself in a bail application, against his lawyer's advice.

Prosecutors claimed that after police arrested him, Mr Pemberton-Burden said, "I don't come for peace, I come for war", and "I got my tactics from James Gargasoulas". 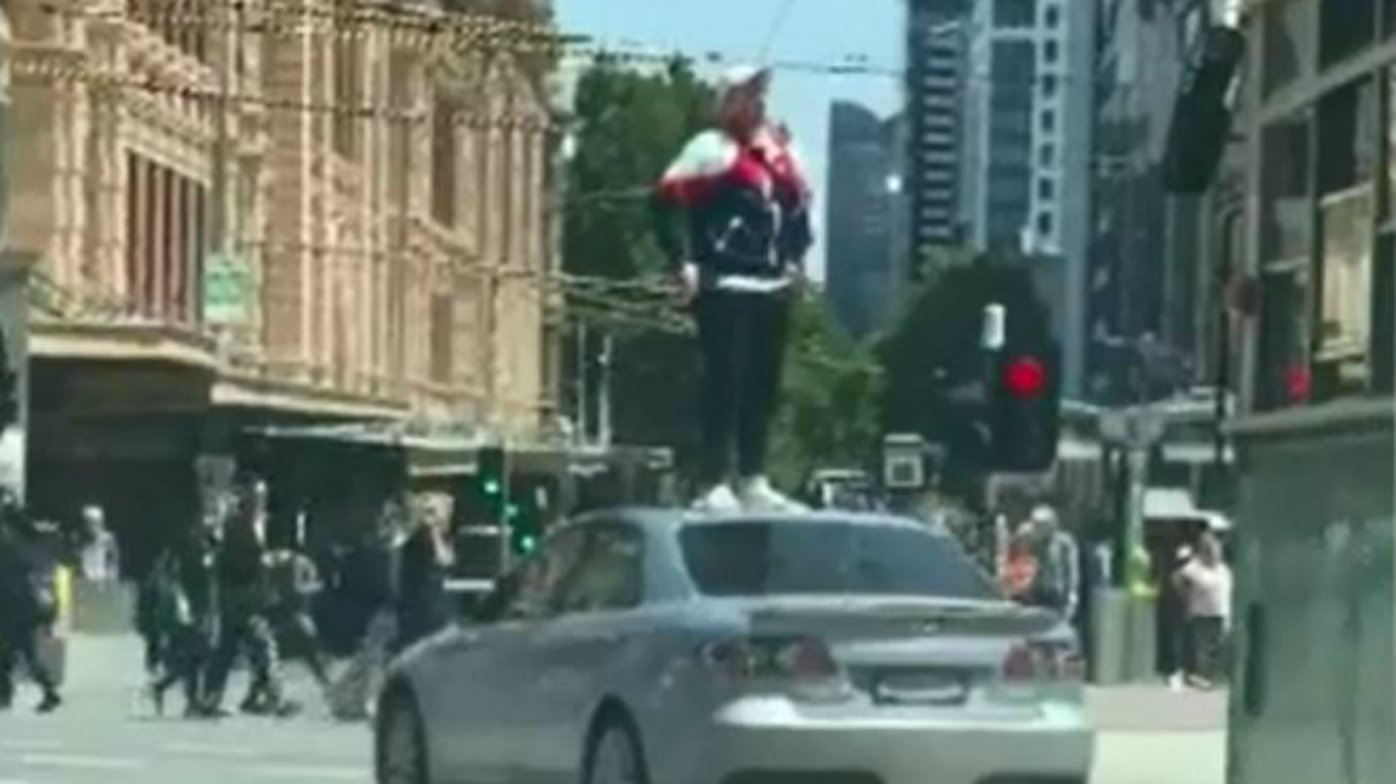 In November last year, Mr Pemberton-Burden was suspended from his job in Blackburn North, but he showed up at the workplace this Tuesday.

His demeanour so worried colleagues they called police, and Mr Pemberton-Burden was hospitalised for assessment before being released.

But it is the first time he has been in custody, and he has no criminal history. 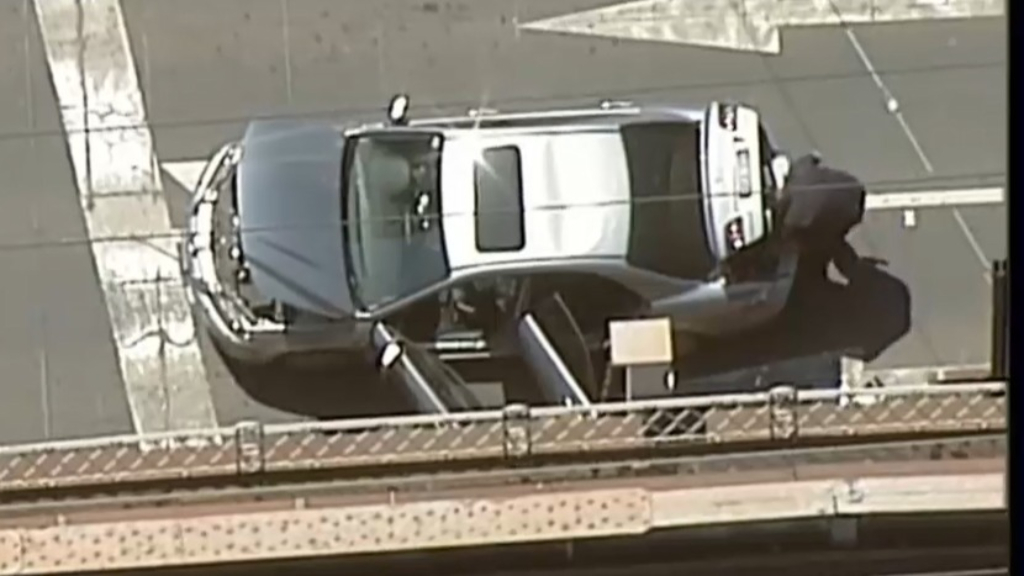 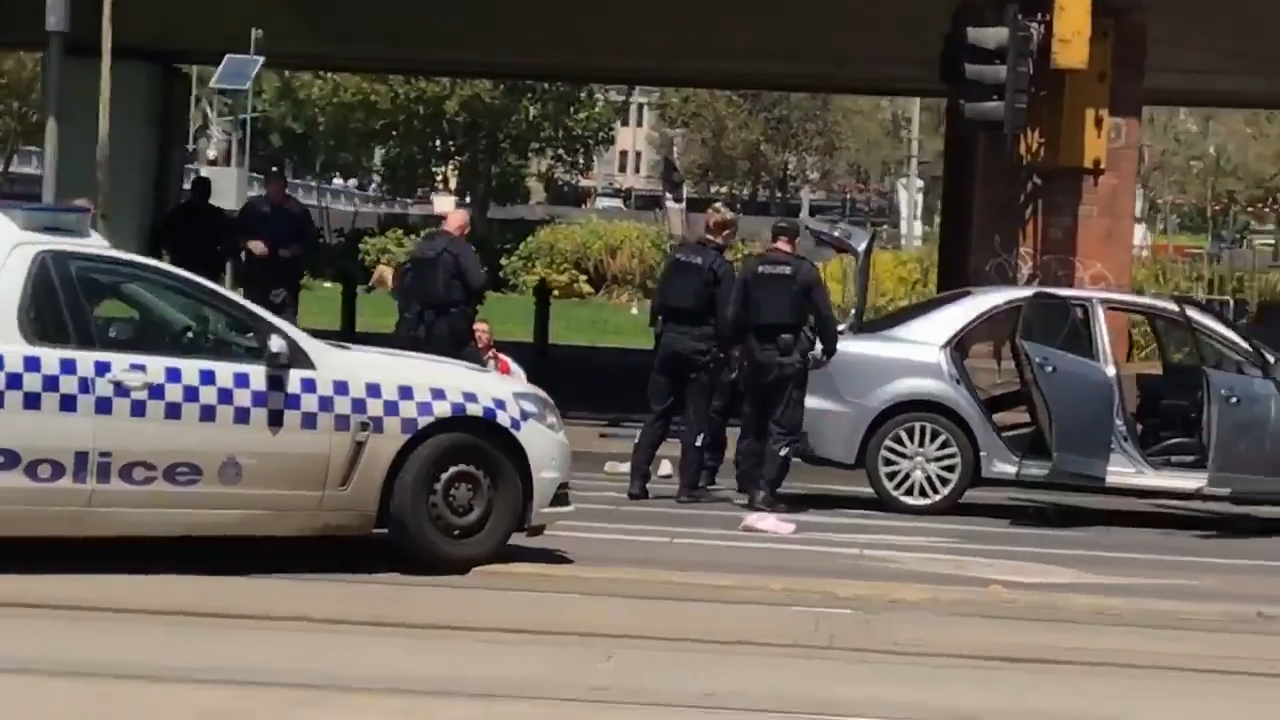 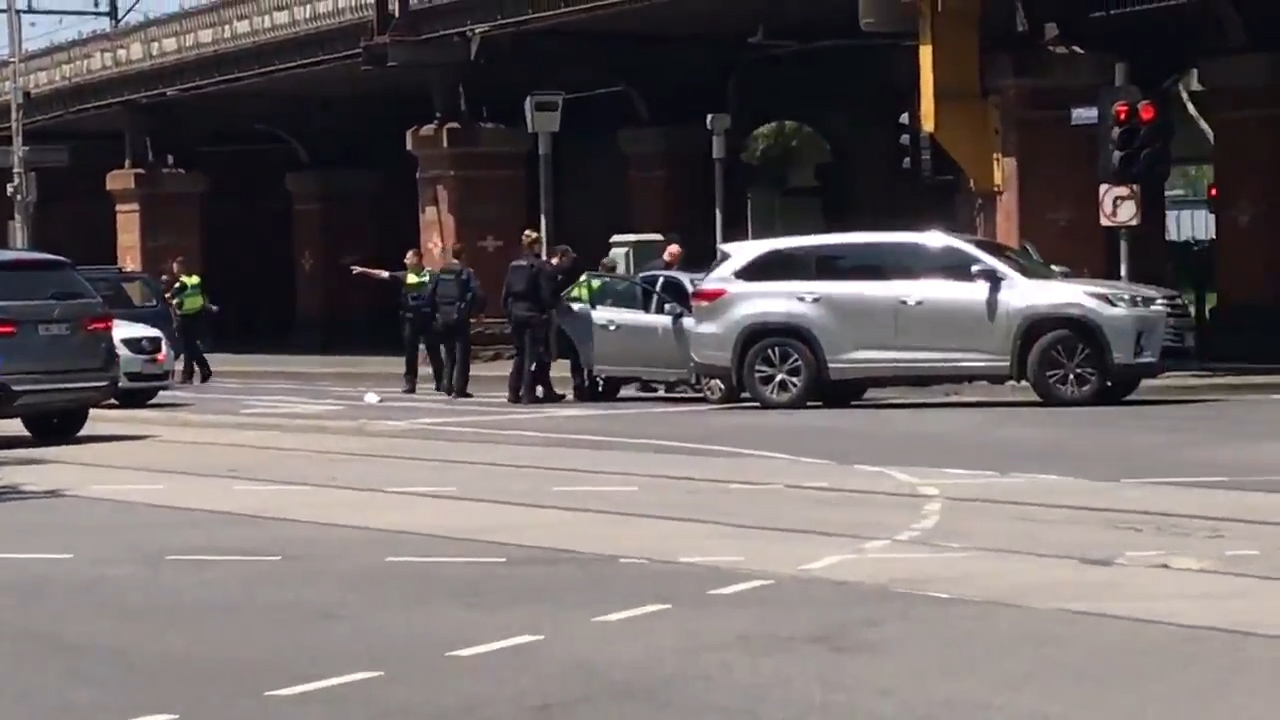 Police arrested Mr Pemberton-Burden at the intersection of Williams Street about 1.50pm on Wednesday and later charged him with reckless conduct endangering life and several traffic offences.

He has been remanded in custody to appear at the Melbourne Magistrates' Court on Thursday morning.

Heavily armed police officers, including the Critical Response Unit, swarmed the corner of Flinders Street and William Street at the time of the indecent.

Video obtained by 9News showed a silver Mazda sedan driving in circles and performing burn-outs at the intersection of Flinders Street and Swanston Street.

The man then stood up on the roof of the silver Mazda, before he was arrested by the Critical Incident Response Team and local police at the intersection of William Street.

"It is alleged the man got out on the roof of the car, asking for police to come and stop him," Spt. Trimble said.

"He was dragged out of the car and was arrested.

"It didn't appear that it was a struggle. He stopped, put his hazard lights on, and sat there for two cycles, waiting for police to arrive." 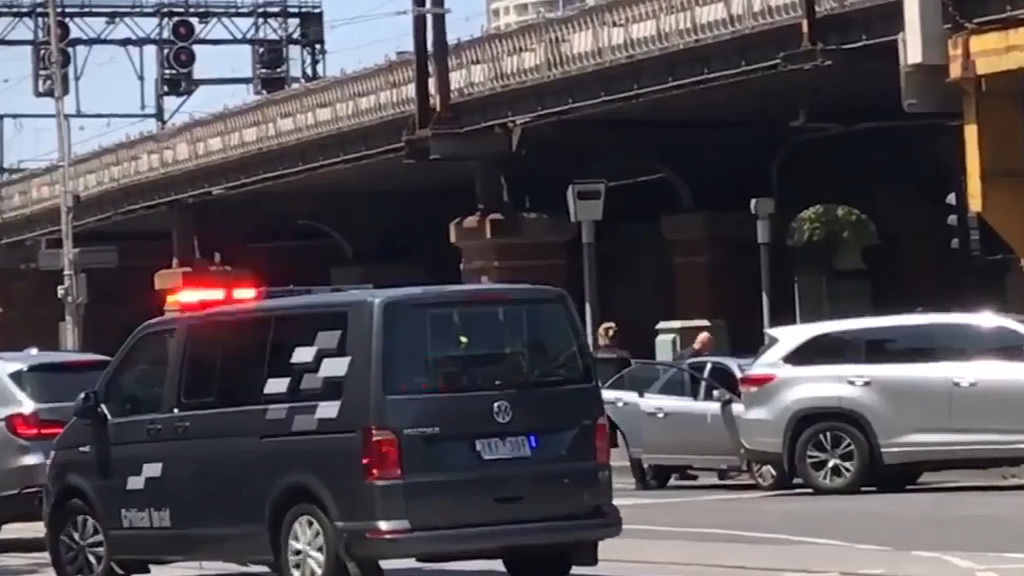 Police confirmed they did not believe the incident was terror-related at this stage.

The man also had no weapons on him.

Witness Heba Teryaki, who asked the man if he was "okay" in the middle of the intersection, said she feared for her life when he started to drive erratically.

"I thought he was going to do the same thing as [James Gargasoulas]," she said.

"I was pretty scared."

Police were on high alert as the incident comes after a string of attacks in Melbourne's CBD over the past few years.

While erratic driver Saeed Noori killed an elderly man and injured 16 others after ramming through the busy Flinders St intersection four days before Christmas in 2017. 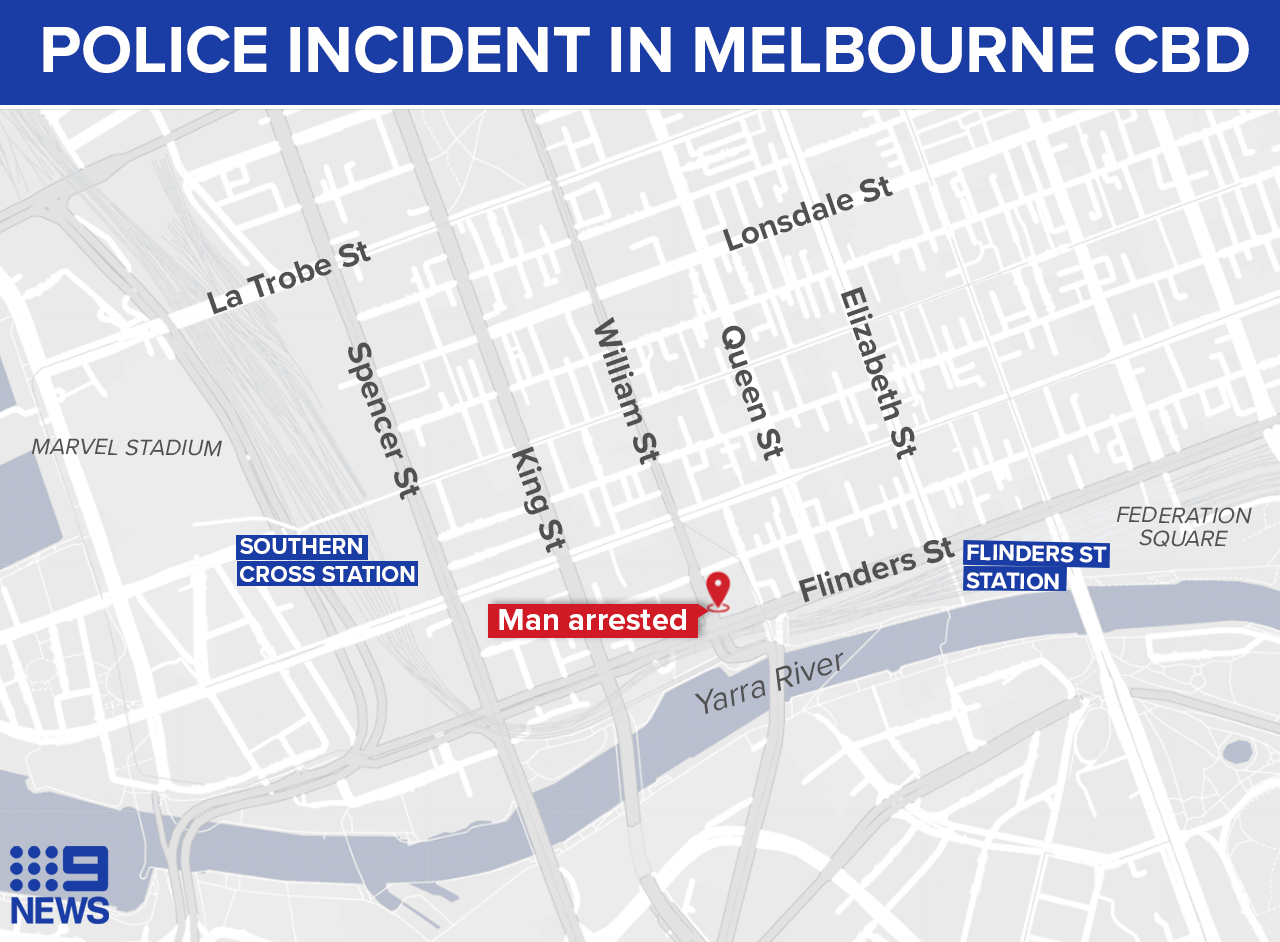 Spt. Trimble acknowledged the community's fear sparked by past attacks, when responding to the suggestion the erratic driving was eerily similar to the previous incidents.

He said police were "absolutely" concerned following reports of the erratic driving.

"We will have extra police out reassuring the public that they are safe to go about their business."

A number of CBD streets were forced to close as the major police operation unfolded.

Mr Pemberton-Burden was refused bail and is due back in court later this month.