A heatwave spreading across Australia is expected to reach extreme levels this week.

A heatwave spreading across Australia is expected to reach extreme levels this week.

It is expected to start as a low intensity heatwave from today in Western Australia, spreading until Wednesday through to South Australia, New South Wales and Queensland.

Then from Wednesday until the weekend, a severe heatwave will begin to roll through south-eastern South Australia, Victoria, ACT, NSW and Tasmania.

Hobart faces an almost unprecedented weather event, with the heatwave expected to be extreme by the end of the week.

Sydney-siders will begin to feel the heatwave from Friday, with temperatures rising to 31C whilst it's cloudy with a chance of rain.

The weekend is forecast to be scorcher, heating up to 35C on Saturday and 37C on Sunday, while in greater western Sydney, temperatures have been forecast to reach the 40s.

A top of 29C has been forecast for Tuesday, with a chance of thunderstorms and a late shower.

Weatherzone meteorologist Joel Pippard said the state would begin to heat up towards the end of week.

"Throughout the week humidity will start to die down, next weekend looking to be quite a hot one with temperatures in the mid-30s," he said.

"Out west, temperatures will be well into the 40-degree mark."

A total fire ban has been declared for the Southern Ranges region tomorrow, due to warm, dry and windy conditions.

There were 59 bush and grass fired burning across NSW today, with 28 still not contained.

More than 1300 firefighters are working to slow the spread of fires ahead of the increasing temperatures later in the week.

READ:  Icy roads, frost and severe weather on the way next week

The hazardous smoke blanketing the region is expected to remain until tomorrow.

Authorities will brace for dangerous fire conditions as temperatures start to heat up on Thursday.

Victorians will swelter through a 36C day on Thursday, with temperatures stepping up to a 41C high on Friday, before dropping to 32C on Saturday.

"The heat is slowly building up until Friday and then next weekend it looks like we might get a decent amount of rain across South Australia and Victoria," Mr Pippard said.

A severe heatwave is forecast for Adelaide from Wednesday, with the blistering temperatures to remain until Friday.

Temperatures will reach a top of 37C on Wednesday, with Thursday peaking at a blistering 40C and Friday a top of 39C.

The hot weather is unlikely to drop much overnight.

"We are starting to move into a severe heatwave for Adelaide," Mr Pippard said.

"It's going to be hard to sleep from Wednesday." 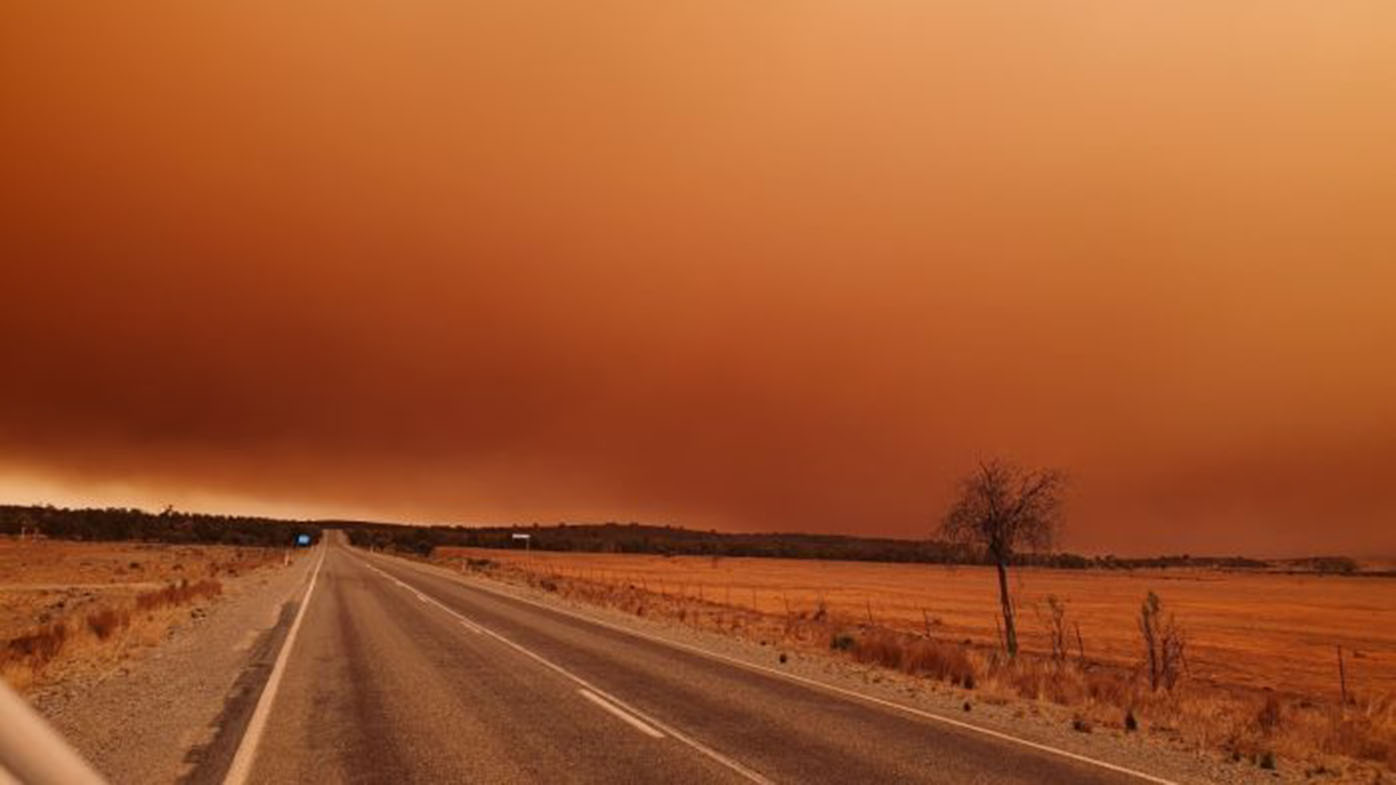 Brisbane is set to have consistent temperatures this week, with a top of 31C on most days.

Temperatures will rise to 33C on Wednesday, before dropping back to 31C for the remainder of the week.

A slight chance of rain has also been forecast to drizzle the state this week.

In an almost unprecedented weather event, Hobart will be hit with an extreme heatwave on Friday with a top of 38C.

Mr Pippard said the January record for the city was 42C.

"Friday will be the peak of the heat," he said. 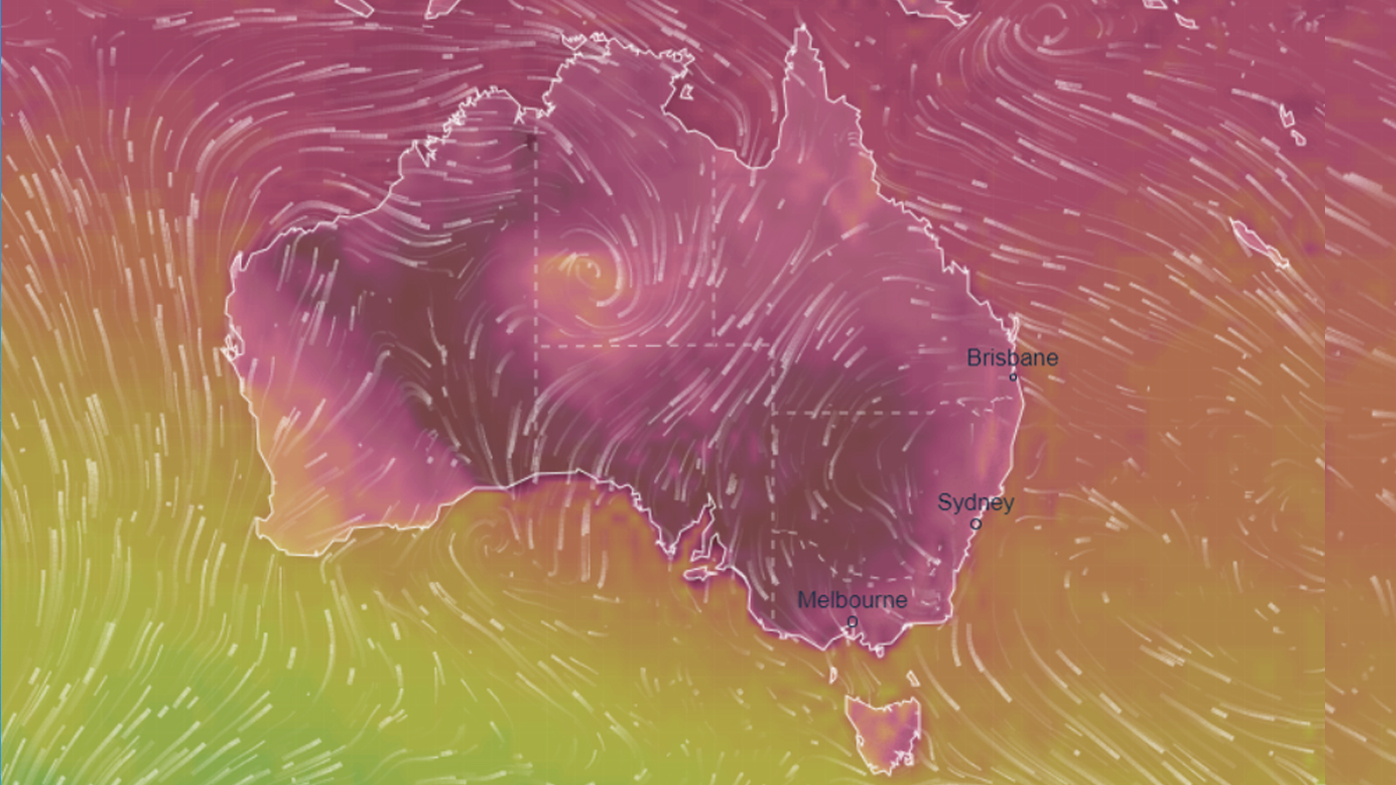 "It shouldn't challenge the 42-degree record, but it is quite hot for them."

Temperatures will begin to rise on Thursday, with a top of 33C and will drop on Saturday to a top of 25C.

A top of 33C is forecast for tomorrow, before temperatures drop to 23C on Thursday.

"Winds are expected to shift easterly from tomorrow, it will become a bit cooler as we get a troth passing over," Mr Pippard said.

"From there we are expecting heat to start building up again."

The sun will come out again at the weekend, with a top of 31C on Saturday and 34C on Sunday.

The heatwave is expected to hit Canberra the hardest starting from tomorrow, with a top of 36C.

Temperatures will remain in the high 30s throughout the week, on Wednesday rising to 35C.

A top of 37C is forecast for Thursday, before exceeding into the 40s on Friday and Saturday.

"This is nine degrees above the average for this time of year," Mr Pippard said.

Thunderstorms have been forecast for the week in Darwin.

A top of 33C is forecast, with a 50-60 percent chance of rain throughout the week.

"A shower or two and possible storms are forecast every day this week," Mr Pippard said.

"This is pretty standard for this time of year."