The photos were taken on Wednesday and show the small marsupial sitting at a creek edge with its face in its hands.

Another koala lays dead partially submerged in the water just centimetres away. 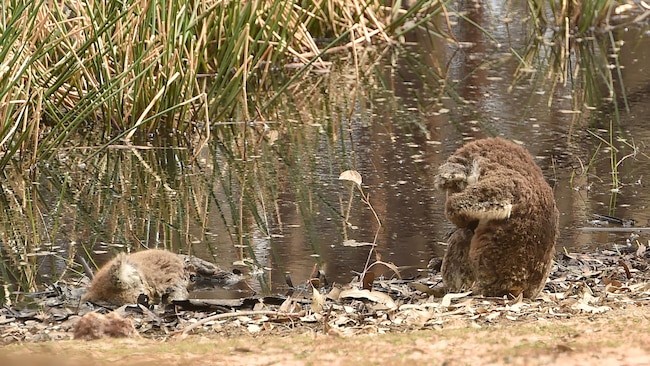 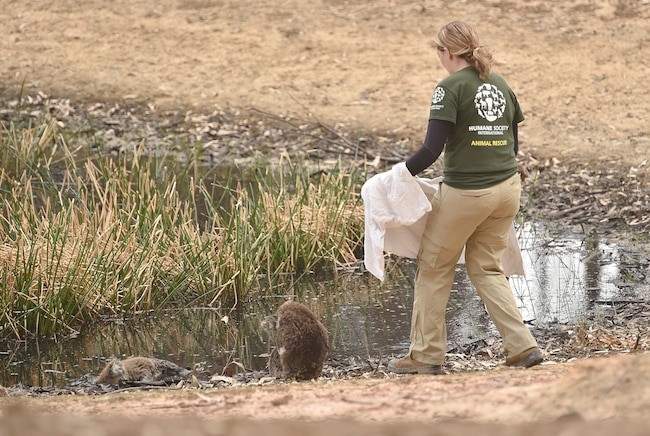 In another photo, the fragile koala is seen reaching its hands out to its dead friend as a Humane Society member bundles it up in a towel to care for it.

The imagery shows the brutality Australia's bushfire crisis has had on native wildlife.

The Kangaroo Island fires have decimated more than 200,000 hectares of land and more than 30,000 koalas have died in that region alone, according to vet services on the ground. 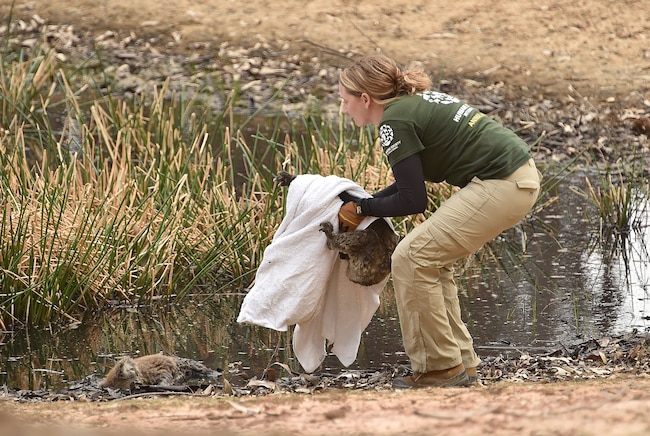 It is believed close to one billion native animals have been killed in the bushfires across Australia with fears many species could become endangered as a result.

The Morrison Government has promised a $50 million package to help with habitat recovery, something experts say will play a crucial role in rehabilitation as well as carcass disposal.