The world knows the 46-year-old Black man who was killed last month by a Minneapolis police officer as George Floyd. His family and friends, however, knew him as a gentle giant, referred to in closer circles as Perry Jr. or Big Floyd. He loved sports a…

The world knows the 46-year-old Black man who was killed last month by a Minneapolis police officer as George Floyd. His family and friends, however, knew him as a gentle giant, referred to in closer circles as Perry Jr. or Big Floyd. He loved sports and, according to the funeral program, “was known for giving the best bear hugs.” He was a father of five, grandfather of two and brother of six.

“He was a pesky little rascal. But we all loved him,” Floyd’s aunt Kathleen McGee said with a low chuckle Tuesday during the funeral service for Floyd.

Nearly a dozen lawmakers, artists and activists spoke at Floyd’s service at the Fountain of Praise Church in Houston, where Floyd grew up. Rep. Sheila Jackson Lee (D-Texas), the Rev. Al Sharpton and R&B singer Ne-Yo were among the high-profile mourners who were there to support the Floyd family. Former Vice President Joe Biden, who met privately with the Floyd family on Monday, spoke via a pre-recorded video played during the service.

They spoke about the injustice of his death on May 25, after a white Minneapolis police officer knelt on his neck for nearly nine minutes. They talked about what needs to be done to address police brutality and racism against Black people, a fight Floyd became a symbol for when his death launched worldwide protests. But Floyd wasn’t just a symbol. He was a man. And at the funeral, his aunt, siblings and niece gave a glimpse into who Big Floyd was before his death reignited a movement.

“I thank God for giving me my own personal Superman,” George’s sister LaTonya Floyd said through tears during the service.

Floyd’s niece Brooke Williams spoke about how close he was with his mother, who died a few years ago. Floyd could be heard calling out “Mama!” in the video of the officer fatally restraining him. He was buried next to his mother at a cemetery in Pearland, Texas.

“I believe my grandmother was right there with open arms saying, ‘Come home, baby. You shouldn’t feel this pain,’” Brooke Williams said. 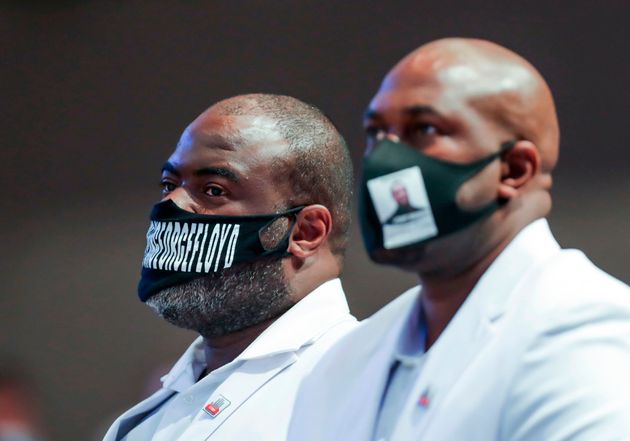 Floyd, who was born in Fayetteville, North Carolina, grew up in the 3rd Ward in Houston in a public housing complex called the Cuney Homes. By the time he was in middle school, he was over 6 feet tall, later earning his nickname Big Floyd, The New York Times reported. He loved sports, playing football and basketball at Jack Yates High School in Houston, playing basketball at South Florida Community College for two years, then at Texas A&M University – Kingsville. Although he didn’t finish his degree, he was the first of his siblings to attend college.

For the next 10 years or so, Floyd was arrested multiple times, largely for drug-related offenses, and served four years in prison on a robbery charge. He had moved to Minneapolis just a few years ago to start over.

He worked two jobs, one as a bouncer at a restaurant and another as a truck driver, both of which he recently lost due to the coronavirus outbreak. 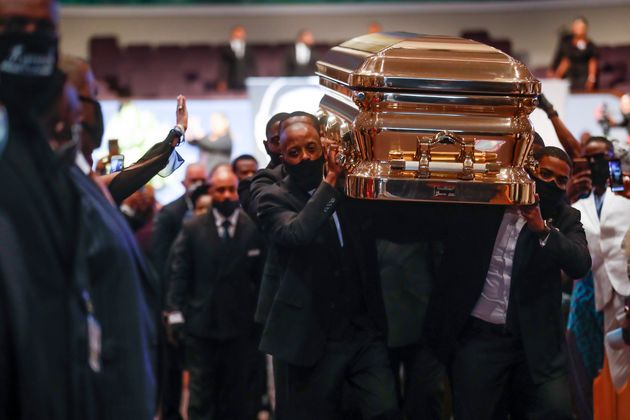 It’s important to tell the full story of a person’s humanity, especially when mourning a death as public as Floyd’s, said Arisha Hatch, vice president and chief of campaigns at Color of Change.

“Seeing Black people as fully human is at the core of all of the fights that we’re in,” she told HuffPost. “It’s our duty, our obligation to fully realize that for Gigi. And I think we have tons of work to do to get there,” she added.

After declaring June 9 to be George Floyd Day in Houston, Mayor Sylvester Turner (D) added: “We honor him not because he was perfect but... because when he took his last breath, the rest of us will now be able to breathe.”

As they celebrated Floyd’s life, his family also called for justice. Chauvin, the officer who killed Floyd, faces charges of second-degree murder without intent, third-degree murder and second-degree manslaughter. The other three officers on the scene are charged with aiding and abetting Floyd’s death. Chauvin’s bail was set at $1.25 million on Monday.

Floyd’s family said they were confident he wouldn’t be forgotten.

“Everybody knows who Big Floyd is now. Third Ward. Cuney homes. That’s where we was born, but we’re gonna be remembered,” Philonise Floyd, George’s brother, said during the service. “Everybody gonna remember him around the world. He’s gonna change the world.”