See the latest stories on the coronavirus outbreak.  If you’ve found that lockdown has wreaked havoc with your monthly cycle, you’re not alone. From “heavier than ever” periods, to “so late I did three pregn… 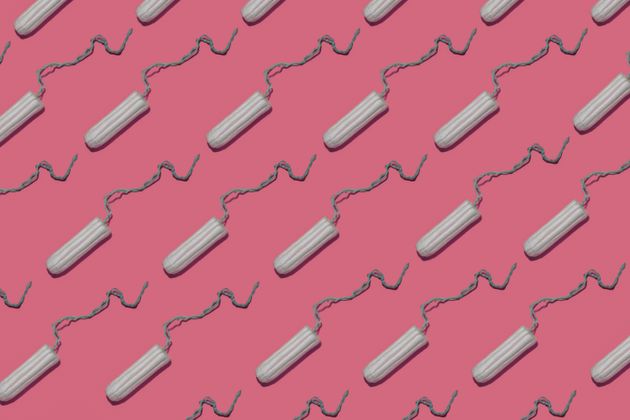 If you’ve found that lockdown has wreaked havoc with your monthly cycle, you’re not alone.

From “heavier than ever” periods, to “so late I did three pregnancy tests”, something strange seems to be happening now we’re all in self-isolation.

Given we’re in week four of the government-mandated lockdown – with three further weeks just announced – most of us will have noticed if staying at home has affected the way we menstruate. Anecdotally at least, it appears that it has.

On Twitter, women are saying they’re late – or barely bleeding at all. One woman said her period was a week delayed, quipping that it had “stayed inside like the rest of us”. Another woman’s arrived a week early “like a lockdown present”.

“A shit present, I should add, but one you can’t return, because you lost the receipt at the bar.”

Menstrual synchrony – when your cycle seems to fall into line with other women you live or work with – has not been scientifically proven, but it’s the experience of another HuffPost reader, who said she’d already synced with her girlfriend while living together in lockdown. “That’s good and bad news!” she said.

A mother said her family’s cycles have matched up, too. “Mine was a week shorter than usual. I appear to have synced with my 15-year-old daughter.”

One woman told HuffPost UK she’d been isolating at home since 5 March – long before the official start of lockdown. Her last period was two weeks late. Another who also had a fortnight’s delay said she’d got through a packet of pregnancy tests, despite having no reason to suspect she was expecting.

And if waiting for one period weren’t enough, some women are double-dripping. “I’ve had two this month!” said one. “Which is wildly upsetting.”

Others are noticing a distinct lack of blood when their periods do arrive. “I had dreadful dysmenorrhea which blighted my teenage years, and it’s now come back, 20 years on,” one woman told me. “I daren’t go to the doctors, of course.”

And some are feeling more intense pain from cramps and fatigue than usual. “Going through stomach cramps right now,” another woman said. “Including pelvic and leg pain. That doesn’t usually happen. The pain is pissing me off.”

According to GP Dr Laura Woodhouse, stress can be a significant factor in missing periods and having irregular periods.

“Changes to weight and exercise may also have role,” she tells HuffPost UK. “Even if it feels unlikely, it’s always worth checking if you could be pregnant. GP surgeries and sexual health clinics will still be running phone appointments and if you’re worried it’s best to talk to a healthcare professional about your own circumstances.”

Menopause and thyroid issues are also worth checking up on, “but that would be a post-lockdown appointment at the moment, unless something really concerning was happening,” says Dr Woodhouse, who adds that it’s also important to stay aware of cervical and STI screening.

“If there’s anything weird – or you have extra bleeding – the safest thing to do is to have a chat with a professional. But if you skip a period and you’re not pregnant, I wouldn’t be too worried.”