For some lucky farmers the past month has brought about a dramatic transformation on their properties, with once empty dust bowls suddenly becoming swathed in a sea of green.

For some lucky farmers the past month has brought about a dramatic transformation on their properties, with once empty dust bowls suddenly becoming swathed in a sea of green.

Others have been left to deal with the heartbreak of missing out on the rains yet again, as patchy summer downpours pass them by.

Sheep and cattle farmer Cherilyn Lowe, who owns five properties and leases another two in Moonbi, near Tamworth in northern NSW, is one of the fortunate ones, having received about 280ml of rain since the beginning of the year. 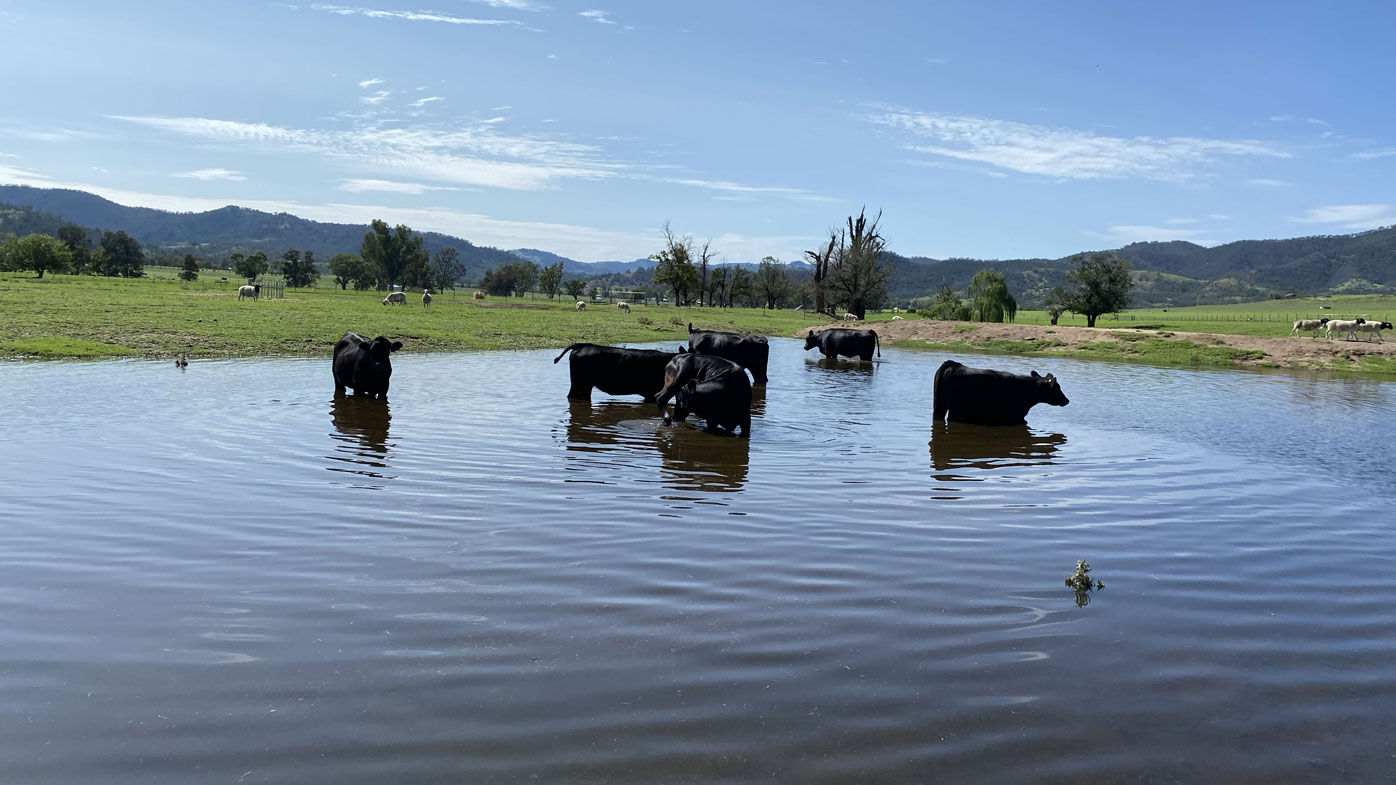 "The way that the country looks now, it's so green, it just looks amazing. The grass is up over my knees in just over a month, it's wonderful," Ms Lowe said.

Photos snapped by Ms Lowe recently show some of her stud heifers cooling off in a dam for the first time ever.

"The little stud heifers are just 12 months old and they have actually never seen water, apart from in the trough," she said.

"I have got a little dam down in the paddock that's now full and they were just loving it.

"They were standing in it and stomping their feet and swishing their tails and had their faces in it. They were having fun, it was so nice to see." 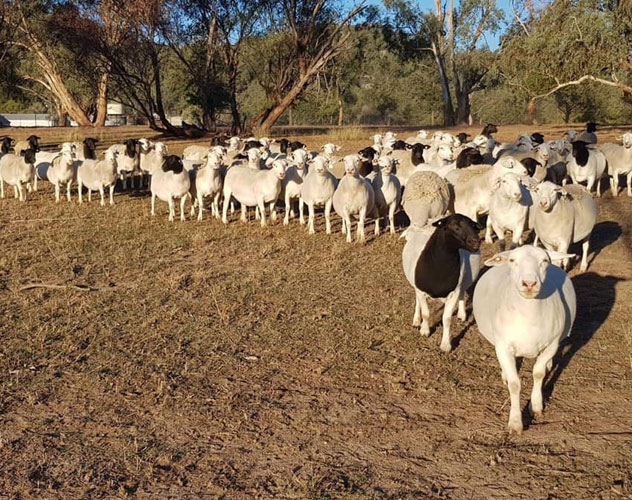 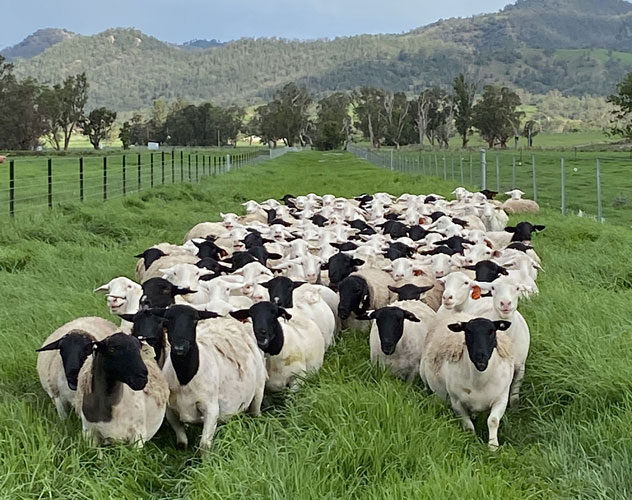 While Ms Lowe said it was too soon to tell if the rains would be enough to break the persistent drought for Moonbi, the recent shift to greener pastures had provided a much-needed psychologist boost.

"I think it's lifted everyone's spirits. It's not the doom and gloom it was," she said.

"Feeding stock constantly and having bellowing stock running after you, it's depressing.

"When you are driving into a paddock sometimes you actually run over them because they are so hungry they just mob you, that part of it is really distressing. Then there's the workload, and the cost of what it takes to sustain the animals and keep them healthy.

"Now we can see green and the animals aren't as hungry. They are just happy and it's a nice thing to see." 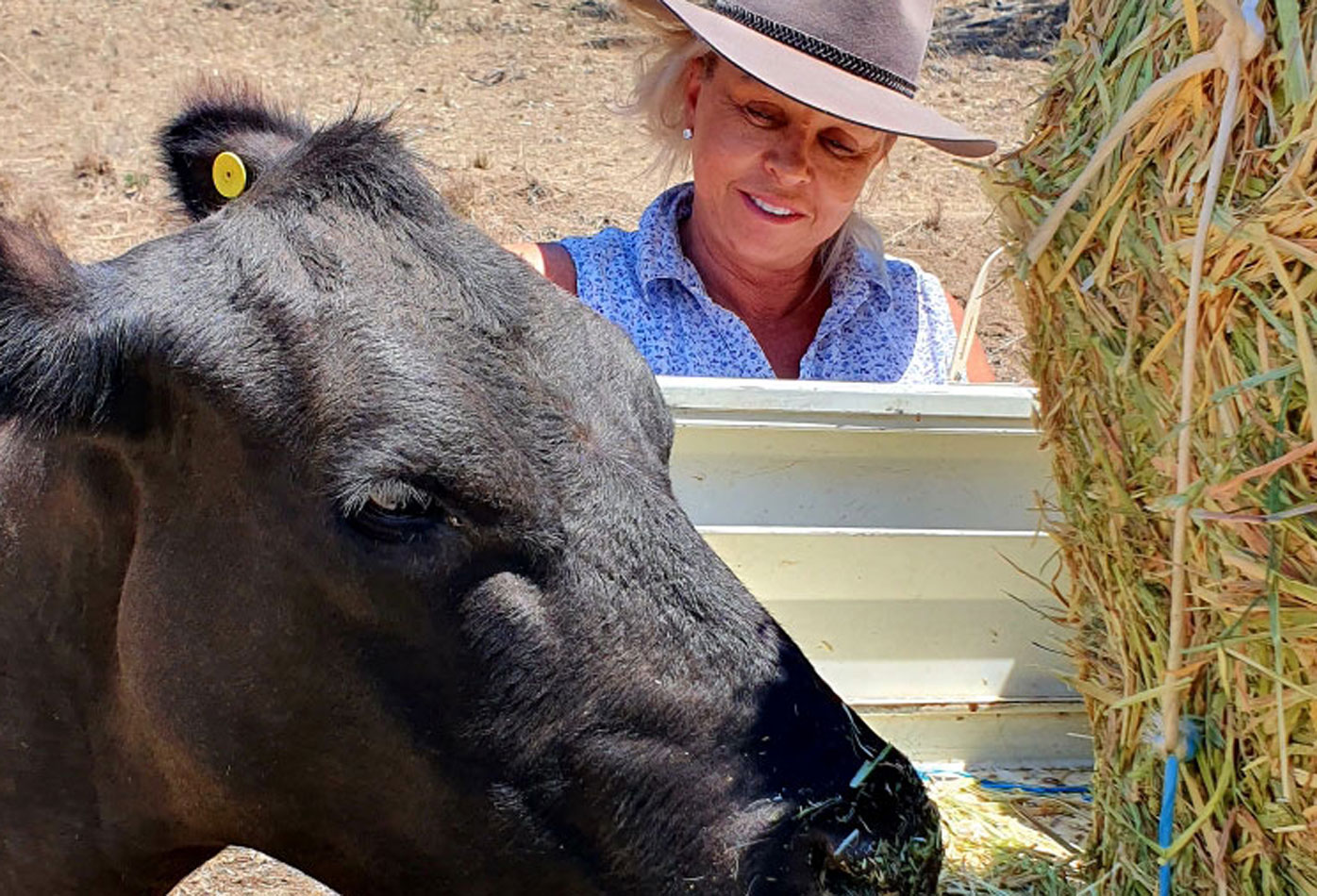 In NSW, 98.8 percent of the state is still classified as in drought, or drought affected, while in Queensland 67.4 percent of the land is drought declared.

Agricultural climatologist Anthony Clark, from the NSW Department of Primary Industries, said the record-breaking downpours that hit the east coast of Australia earlier this month had been enough to declare a rapid recovery from drought for the Sydney region and parts of the NSW northern tablelands – a combined area which accounts for 1.2 percent of the state.

"There are a few isolated areas inland, lucky people, lucky farmers who have had that, but unfortunately that rainfall is not widespread, it's quite isolated."

Mr Clark said while the rains received by some farmers were a good start, and some could well be in the early stages of recovery, this also meant it was a risky time for many of them. 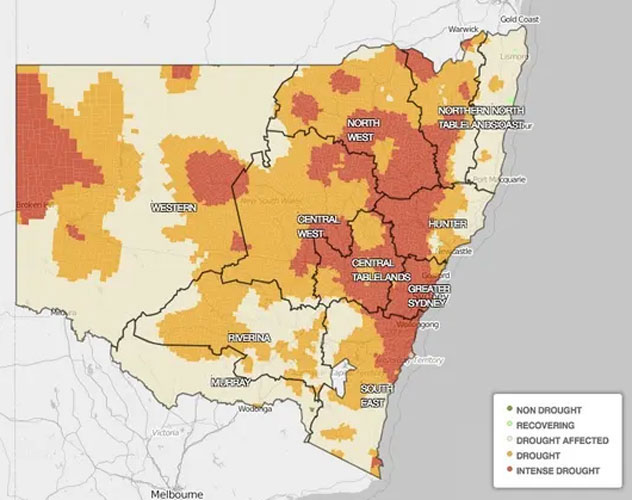 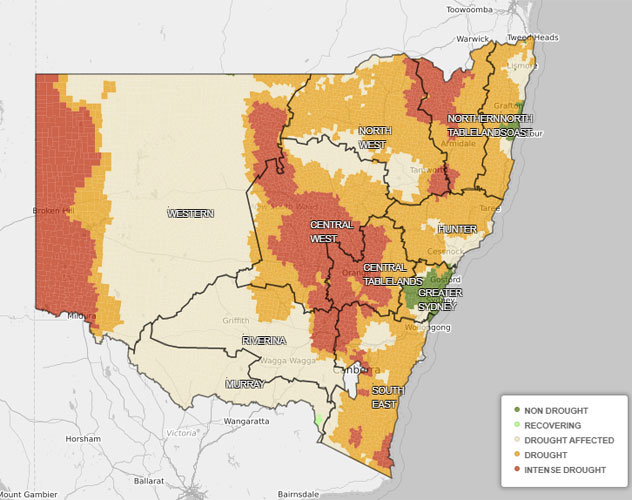 "They are still at this high-risk time. If you go too hard and say, 'right it's over, let's buy stock', you can actually end up in a worse position if we have what is called a false recovery," he said.

"It's a time of change but you have got to be cautiously optimistic. For the most part, the rain that we have been having is what we call convective summer storms, it's highly variable.

"On a regional basis we are not seeing strong, widespread recovery from drought. In fact, we are sort of saying, the drought is persisting, it's too early to call."

WHAT TYPE OF RAINFALL IS NEEDED?

What was essential for breaking the drought in many areas was "generalised rain" throughout autumn, Mr Clark said.

"If we get a good early southern system…a lot more areas will come out of drought, with a degree of certainty.

"The nice thing is in climate, once we start to get a bit of an alleviation of soil moisture, if we get one of these systems coming through, it can actually help it rain more, there is a little bit of a feedback."

At the end of 2019, soil moisture reserves across large parts of the country were close to zero.

However, maps published by the Bureau of Meteorology have confirmed an increase in soil moisture over the past few weeks across Queensland, NSW, South Australia and Victoria. 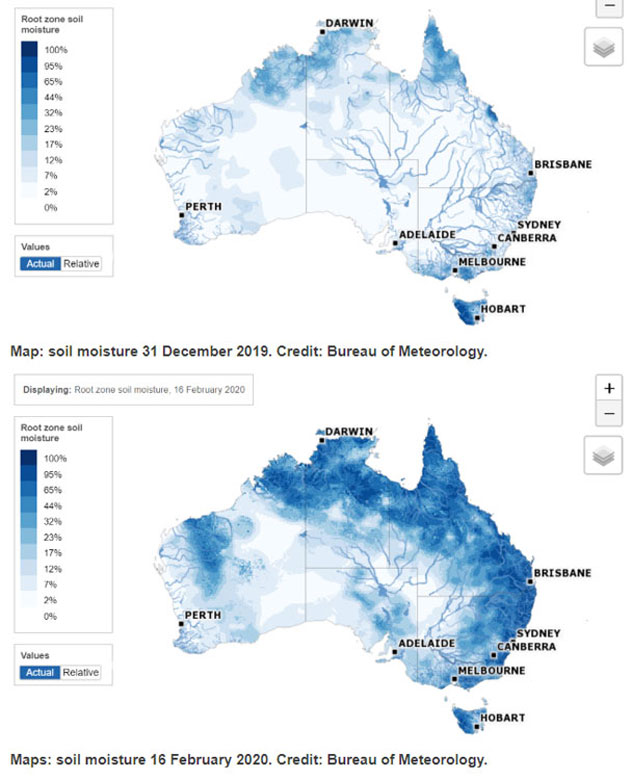 Some river systems, including the Condamine River in Queensland have flooded, and the Namoi and Castlereagh Rivers in NSW have had their first flows in many months.

The torrential rain on the east coast has seen dam levels across greater Sydney rocket from 42 percent to 82 percent, and a more modest increase from 56 percent to 67 percent in southeast Queensland.

But dams in the northern Murray–Darling Basin have missed out, only increasing by around 5 percent, according to the Bureau of Meteorology.

This may change over the coming weeks, however, with WaterNSW releasing a report increasing its predictions for flows to drought stricken Menindee and the lower Darling River as a result of heavy downpours in Queensland this week.

While many farmers were waiting with bated breath to hear what sort of rain the next season would bring, long term weather forecasts were yet to predict a clear answer either way, Mr Clark said.

"The seasonal outlook at the moment it is a tough time for forecasters. Generally we don't get really good persistent signals about our climate at this time of year," he said.

"The current seasonal outlooks, which are three months ahead, are currently neutral, there is no strong signal. That is a frustrating thing for the forecasters and the farmers I have to say. It's just what the data shows."

A climate phenomenon relating to sea surface temperatures in the west Indian Ocean, known as the Indian Ocean Dipole, helped fuel dry conditions in Australia in the second half of 2019, the Bureau of Meteorology said.

The influence of the Indian Dipole had now passed, leading to the neutral forecast, the bureau said.

"The autumn 2020 rainfall outlook shows a mixed picture. In the northern and inland western areas of the continent above-median rainfall is favoured," the bureau said in a recent blog post.

"Elsewhere, the probability of above-median rainfall is near or below 50 percent. This suggests drought relief may be slow and patchy overall."