Rapist and disgraced film producer Harvey Weinstein has been sentenced to 23 years in prison following his convictions on two charges last month.He faced a maximum sentence of 29 years behind bars.Weinstein has been in state custody since a p…

Rapist and disgraced film producer Harvey Weinstein has been sentenced to 23 years in prison following his convictions on two charges last month.

He faced a maximum sentence of 29 years behind bars.

Weinstein has been in state custody since a panel of 12 jurors found him guilty on two counts – one for raping actor Jessica Mann and another for sexually assaulting former production assistant Miriam “Mimi” Haleyi. The jury declined to convict him on the two most serious counts, which could have led to a life sentence.

The New York Department of Corrections transferred him to the city’s notoriously violent Rikers Island compound following a hospital stay on Manhattan’s east side to address Weinstein’s health concerns. He underwent heart surgery last week and was subsequently moved to the medical wing at Rikers, which has the added benefit of offering more protection to high-profile inmates.

Weinstein’s defence team sent a letter to Judge James Burke on Monday requesting no more than five years’ prison time, highlighting its client’s long history of charity work and lack of prior criminal history. His poor health and age, the team argued, citing life expectancy data, meant that a longer sentence could amount to a “de facto life sentence”.

Prosecutors asked that Burke hand down a sentence “that reflects the seriousness” of Weinstein’s offences and his “total lack of remorse for the harm he has caused”. 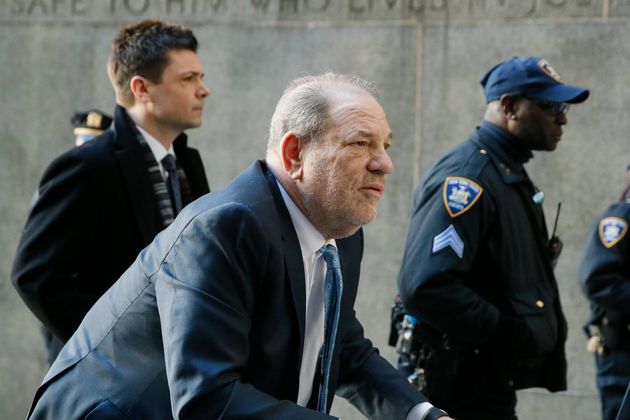 In a March 6 letter, prosecutors outlined a whopping 36 additional accusations against Weinstein that were drawn from two years of investigation but not included as part of the trial.

READ:  Motorcyclist dies in crash with police car after pursuit

They said he began trapping women in order to assault them starting in the 1970s, when he allegedly told a female employee of his Buffalo-based music company that there was only one hotel room left during a business trip. In the middle of the night, the woman told prosecutors, she woke up to find Weinstein raping her.

Several of the women described feeling afraid for their lives and the lingering trauma of what they endured.

Weinstein’s Hollywood career came to a crashing halt in October 2017, when bombshell articles in both The New Yorker and The New York Times detailed sexual abuse claims by several women, whose accusations led dozens of others to come forward.

Weinstein’s trial was seen as a watershed moment for the Me Too movement, and his conviction a victory of sorts.

Criminal charges similar to the ones Weinstein faced in New York are pending in Los Angeles.