Harvey Weinstein is a rapist.

Not an alleged rapist. Not a Hollywood mogul facing claims of rape and assault. Not innocent until proved guilty. A rapist. A sex offender. A man in handcuffs.

On Monday, after five days of deliberating, a jury found Weinstein guilty of third-degree rape and a first-degree criminal sexual act. This decision specifically affirmed the testimony of Mimi Haleyi, who told the court about how Weinstein removed a tampon from her body and forcibly performed oral sex on her in 2006, and of Jessica Mann, who told the jury that Weinstein raped her in her hotel room after she invited him to a professional breakfast meeting. (Weinstein was found not guilty on two charges of predatory sexual assault and was cleared of rape in the first degree.)

While Weinstein awaits sentencing on March 11, he will be sitting in a jail cell.

Actor Larissa Gomes, one of nearly 20 Weinstein “silence breakers” who joined a press call on Monday afternoon, was in the car driving her son to preschool when she first found out about the verdict. She said she was floored when she saw the news alert on her phone: “Guilty.”

“I was ecstatic to read the word,” she said.

Although they all expressed frustration that the jurors had not delivered a guilty verdict on all charges, many silence breakers echoed Gomes’s sentiments, pointing specifically to the sort of permanent record that a guilty verdict creates.

“He is a convicted sexual predator. He is going to jail for at least five years and this is only the beginning.” ― Sarah Ann Masse

“He’s in Rikers Island. For once he won’t be sitting comfortably. For once he will know what it’s like to have power wrapped around his neck.” ― Rose McGowan 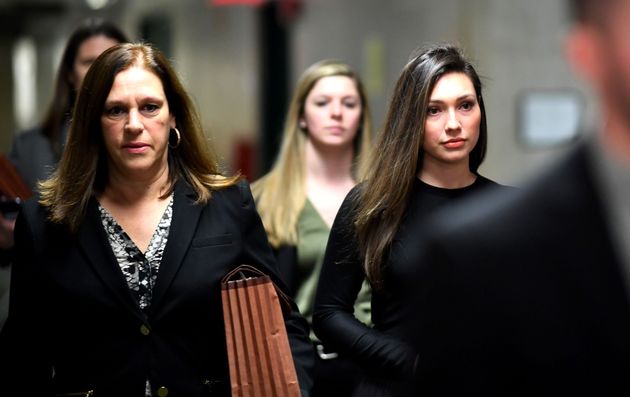 In an email, writer and actor Jasmine Lobe stressed to me how important language is, especially when it comes to Weinstein.

“Weinstein is now a convicted rapist and that’s how he will be remembered, that’s his legacy,” she said. “Ninety-eight percent of rape cases never even get prosecuted and continue to be ‘alleged.’”

She was at home when the news broke, texting with another silence breaker. They were bracing themselves for the worst, but the worst didn’t come. “I long hoped for this day, but I don’t think I ever thought I’d see it,” Lobe said. “Our voices counted. We were believed.”

Words have power. They shape how we see the world, who we name, who we let fade into the background details. Our skepticisms and biases are often built into the way we choose to frame things. Before the guilty verdict, Weinstein was referred to ― at least in the press (and with good reason) ― as an alleged rapist, his victims as accusers. Although the more than 100 women who have come forward with stories of abuse at the hands of Harvey Weinstein ― many of them independently reported and checked ― should be more than enough to tarnish the reputation of even a powerful figure like Weinstein in the public eye, survivors are so used to routinely being dismissed, attacked and blamed that the affirmation of the criminal justice system still holds a particular kind of weight.

For many, there is a relief in knowing that in the eyes of the law, Harvey Weinstein is a sexual abuser. A convicted rapist. It feels like a light reached at the end of a very long, dark tunnel. It feels like being believed. 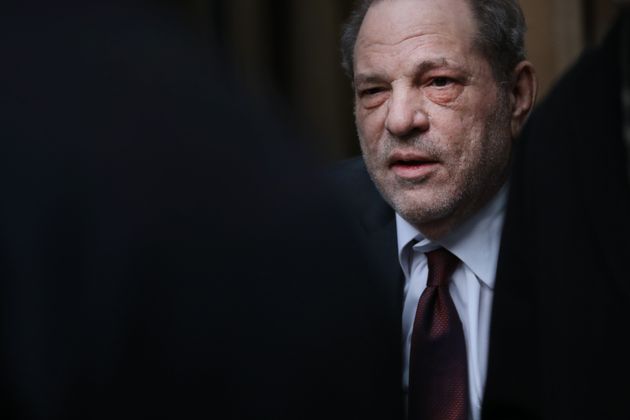 “There are dozens and dozens of people who have made consistent similar reports of [Weinstein’s] behavior,” said Kristen Houser, a sexual assault expert and former public affairs officer of the National Sexual Violence Resource Center. “And now we have a jury who says these claims have stood up to the absolute most stringent test in America.”

Dispensing with “alleged” makes what was already known explicit: Harvey Weinstein is a rapist.

Of course, advocates point out that it’s very thorny to tie the legitimacy of a report of rape or sexual assault on a guilty verdict in a criminal court, something that occurs in fewer than 1% of rape cases.

READ:  The United States Has The Most Confirmed Coronavirus Cases In The World

I have a renewed sense of faith that women will be believed when they come forward. To me, it’s like the sky is blue again.Caitlin Delany, Silence Breaker

“We are still pinning a lot of hopes on a criminal justice system that needs to be reformed in a real way to deliver for survivors,” Shaunna Thomas, executive director of UltraViolet, told HuffPost. “I’m thrilled for [the Weinstein silence breakers] that they have this [verdict], and I’m conscious that the vast majority of survivors do not get that. It should not be the way that we choose to believe survivors when they tell their stories.”

But despite this reality, for many of the silence breakers, seeing their abuser forced to take even partial accountability for his actions feels earth-shattering, a win for all survivors, whether or not they ever got their day in court.

Jessica Barth, an actor, silence breaker and co-founder of Voices in Action, said that hearing Monday’s verdict was a “surreal culmination” of years of fighting.

“I have a renewed sense of faith that women will be believed when they come forward,” said actor and silence breaker Caitlin Delaney. “To me, it’s like the sky is blue again.”