Former film mogul Harvey Weinstein, whose many accusers spurred the Me Too era with their public allegations of rampant sexual misconduct by him, was found guilty Monday on two charges ― a criminal sexual act in the first degree and rape in the third d… 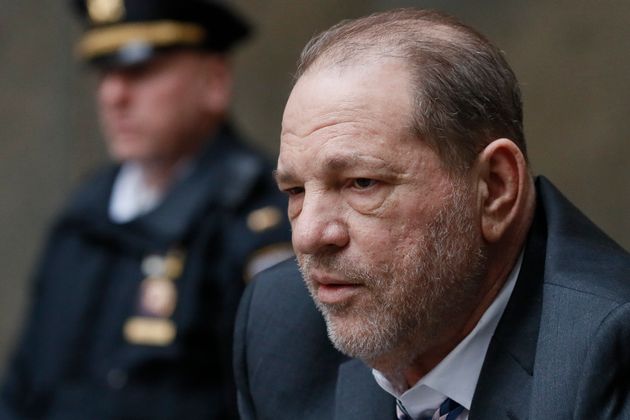 Former film mogul Harvey Weinstein, whose many accusers spurred the Me Too era with their public allegations of rampant sexual misconduct by him, was found guilty Monday on two charges ― a criminal sexual act in the first degree and rape in the third degree.

However, the jury panel consisting of five women and seven men notably found him not guilty on the two most serious charges of predatory sexual assault.

The trial represented a milestone in the Me Too era, spanning six weeks of often emotional witness testimony and grueling cross-examination.

Weinstein, 67, pleaded not guilty to the five charges he faced, which stemmed from two incidents: Onetime aspiring actor Jessica Mann said Weinstein raped her in 2013, and former production assistant Miriam “Mimi” Haleyi said he sexually assaulted her in 2006. Several other women, including former “Sopranos” actor Annabella Sciorra, also took the stand to demonstrate a pattern of misbehavior.

Weinstein himself did not take the stand on advice from his attorneys, although he told reporters outside the courtroom that he would have liked to.

Jurors required clarification on how to assess the charges shortly after convening to begin deliberations last Tuesday, and on Wednesday appeared to hone in on Haleyi’s and Sciorra’s accusations, asking to review materials and testimony. But by Friday, they still appeared deadlocked on the most serious charges.

Since October 2017, when a pair of bombshell reports in The New York Times and The New Yorker detailed an array of disturbing accusations against the producer, more than 80 women ― actors Asia Argento, Rose McGowan, Gwyneth Paltrow and Lupita Nyong’o among their ranks ― came forward accusing him of sexual abuse.

But statutes of limitations and other factors prevented the vast majority from pursuing legal action.

The New York trial kicked off dramatically on Jan. 6, when prosecutors in Los Angeles announced their own sex crime charges against Weinstein the same day he showed up to court in Manhattan using a walker for his supposed back pain. The very next day, Weinstein managed to outrage New York state Supreme Court Justice James Burke, who presided over the trial, by bringing four cell phones into the courtroom in a flagrant violation of Burke’s no-phone rule.

Testimony in the case was often graphic. At certain points, though, the former mogul appeared to nod off in his seat.

Both of his main accusers, Haleyi and Mann, took the stand. Haleyi said she met Weinstein at a film premiere and later approached him looking for work; he gave her a job through The Weinstein Company, his now-defunct production outfit, working on the reality TV show “Project Runway.”

Haleyi said it was shortly before a July 2006 trip to Los Angeles, paid for by Weinstein’s company, that he assaulted her. He invited her to his Manhattan townhouse, pulled a tampon from her body and forcibly performed oral sex, she said.

Seven years later, Weinstein allegedly raped Mann, who told the jury she was still relatively new to Hollywood when she met Weinstein at a Los Angeles party, having been raised in a rural part of Washington state. During an initial meeting, Mann ended up giving Weinstein a massage so that “he wouldn’t have to touch her,” prosecutor Meghan Hast told jurors. The producer then dangled movie roles to keep Mann in his orbit. In March 2013, after she invited him to a breakfast meeting at a hotel where she was staying ― a Doubletree in midtown Manhattan ― he allegedly came up to her room, injected himself with an erection medication and raped her.

Jurors were even shown photographs of the disgraced producer’s naked body in order to back up Mann’s descriptions of Weinstein’s “deformed” penis.

Both women said they continued to communicate with the producer afterward for the sake of their careers. Mann’s experience was particularly challenging for prosecutors, though, because her relationship with Weinstein included some consensual sex, which can make it more difficult to prove a rape accusation in a traditional courtroom setting.

Lead prosecutor Joan Illuzzi-Orbon portrayed Weinstein’s contact with his accusers as a way of maintaining control over them, “so that they wouldn’t one day walk out of the shadows and call him exactly what he was: an abusive rapist.”

“He was wrong,” Illuzzi-Orbon said in her closing argument.

Weinstein’s attorneys, meanwhile, had tried to paint both Haleyi and Mann as liars and unreliable attention-seekers in their cross-examinations.

At one point, Mann broke down in tears after a defense lawyer asked her to read aloud an email she’d sent to an ex-boyfriend describing Weinstein as fatherly, writing that he “always offered to help in ways that my parents didn’t.” The note revealed that Mann had been sexually abused years before she met the producer, at which point she began to sob. Burke adjourned for the day when the witness appeared to have a panic attack.

Outside of the courtroom, the defense whipped up a battle for public opinion. But Weinstein’s sole female attorney, Donna Rotunno, largely sparked outrage for making harsh and unfair judgments about women who are victims of sexual assault. Essentially blaming such victims for making bad choices, she told a New York Times reporter, “I would never put myself in that position,” adding that she “never drank too much” or “put myself in any vulnerable circumstance, ever.”

At trial, the defense team produced emails Haleyi and Mann each sent Weinstein at various points after they said they were assaulted, attempting to show the relationship between Weinstein and his accusers was genial, even “loving.”

Advocates for sexual assault survivors, however, say it is not uncommon for women to stay in friendly contact with an abuser or to struggle to break off contact, particularly when the abuser holds a position of power over them.

To bolster their image of Weinstein as a serial abuser, prosecutors called four other women to the stand to share their own stories.

Sciorra told the courtroom that Weinstein managed to get past her doorman, barge into her New York apartment and rape her in late 1993 or early 1994.

“I was punching him, I was kicking him, I was trying to get him away from me,” she testified. Actor Rosie Perez backed up her story, recalling a conversation she had with Sciorra shortly after the incident.

Tarale Wulff, a former waitress and aspiring actress, said Weinstein masturbated in front of her in a stairwell at her workplace in 2005.

Lauren Young, who wanted to be a model but was writing a screenplay, said Weinstein pulled a similar stunt in 2012 after pulling down her dress and groping her breasts.

Dawn Dunning, another aspiring actress, said Weinstein once slid his hand under her skirt and put his fingers in her vagina during a 2004 business meeting.

“This is how the industry works. How do you think other actresses got ahead?” she said Weinstein once told her.

Before being cast out of Hollywood, Weinstein was a prolific film producer with credits including “Shakespeare in Love,” “The Lord of the Rings” trilogy and “Inglourious Basterds,” among many other titles.

Over the past three years ― with his production company shuttered and his reputation shredded ― he has been forced into a muted life.