Buckingham Palace says there are “complicated issues” to work through after the Duke and Duchess of Sussex stepped down as senior royals.

The Duke and Duchess of Sussex have announced they will "step back" from royal duties and work to become financially independent.

Prince Harry and wife Meghan today announced they would be splitting their time between the UK and North America with young son Archie.

A later statement from Buckingham Palace said discussions with the Duke and Duchess "are at an early stage".

"We understand their desire to take a different approach, but these are complicated issues that will take time to work through," the palace said. 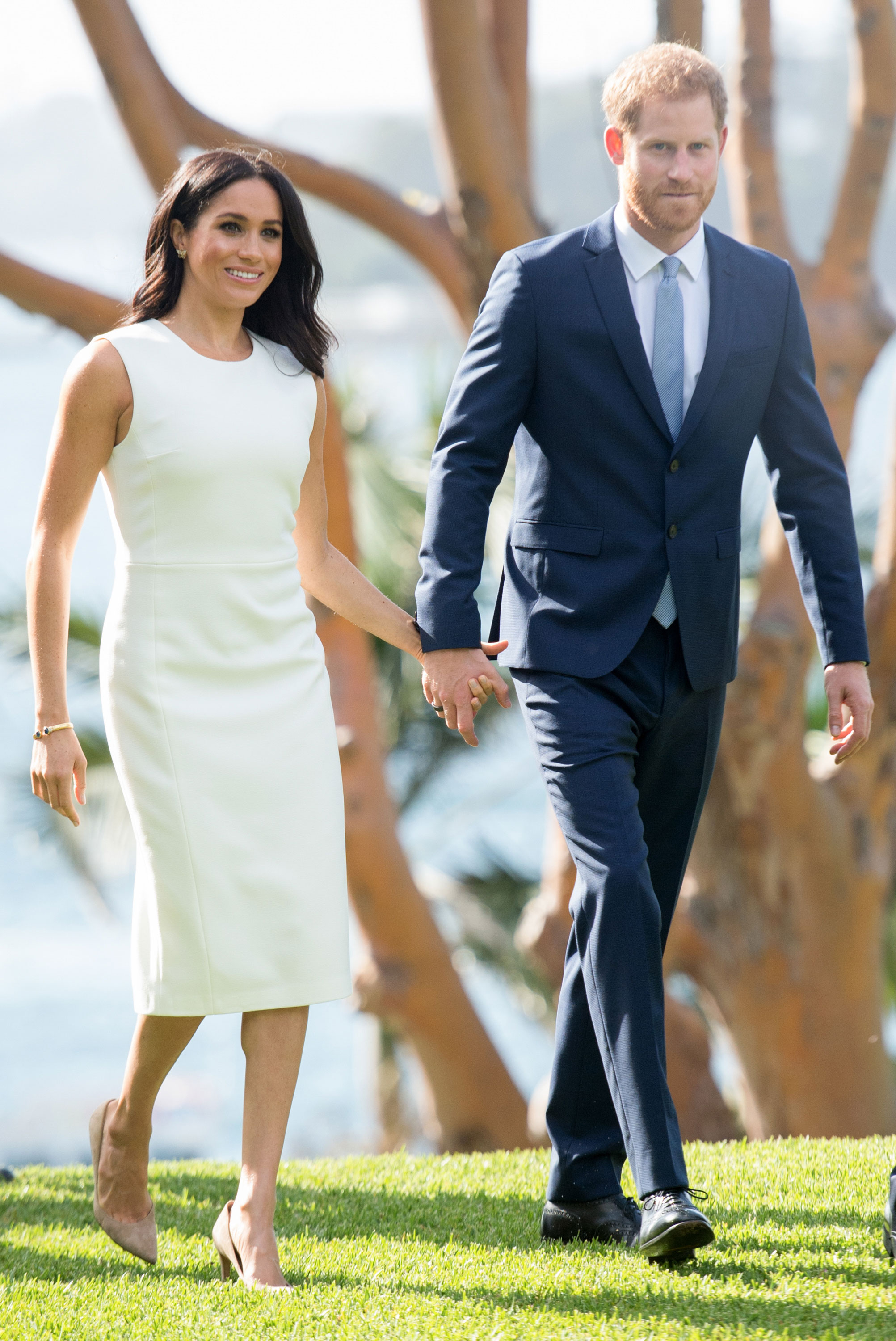 The couple's move comes after they publicly revealed their struggles in the media spotlight last year.

"After many months of reflection and internal discussions, we have chosen to make a transition this year in starting to carve out a progressive new role within this institution," their statement today read.

"We intend to step back as 'senior' members of the Royal Family and work to become financially independent, while continuing to fully support Her Majesty The Queen.

"It is with your encouragement, particularly over the last few years, that we feel prepared to make this adjustment.

"We now plan to balance our time between the United Kingdom and North America, continuing to honour our duty to The Queen, the Commonwealth, and our patronages.

"This geographic balance will enable us to raise our son with an appreciation for the royal tradition into which he was born, while also providing our family with the space to focus on the next chapter, including the launch of our new charitable entity.

"We look forward to sharing the full details of this exciting next step in due course, as we continue to collaborate with Her Majesty The Queen, The Prince of Wales, The Duke of Cambridge and all relevant parties.

"Until then, please accept our deepest thanks for your continued support." 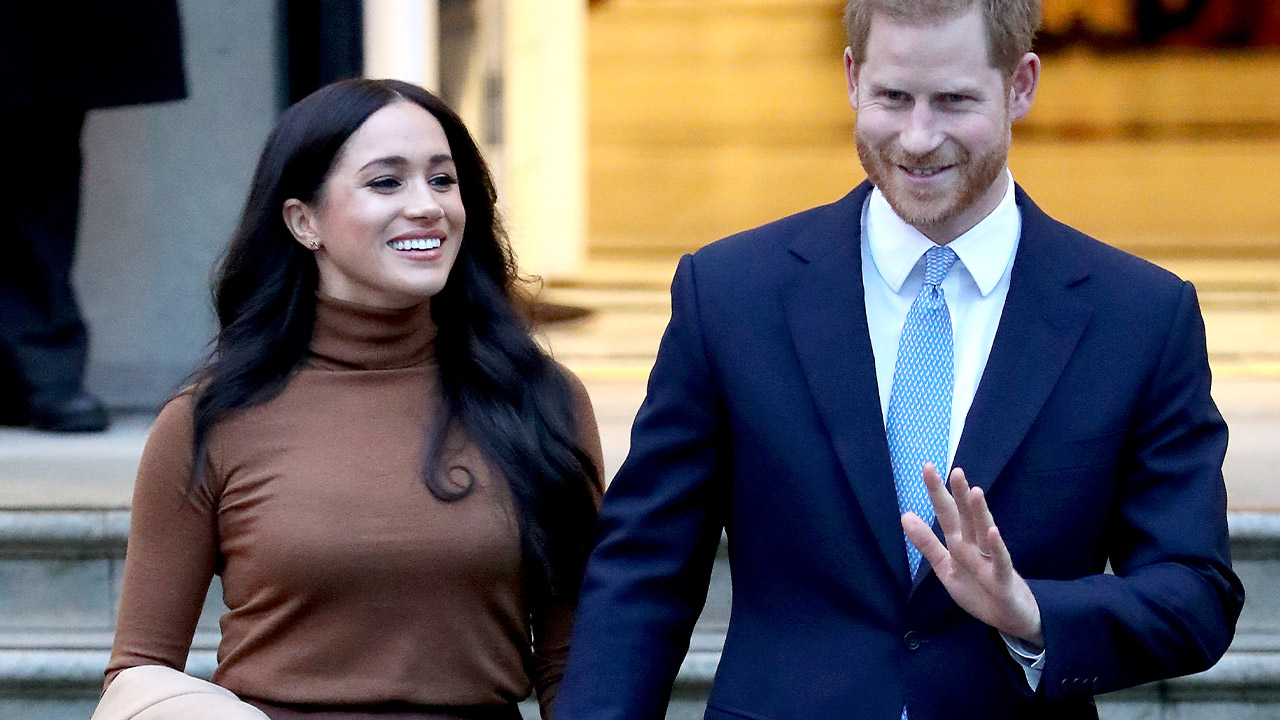 Meghan 'never thought this would be easy'

In a candid interview with British broadcaster ITV in October, the couple spoke of the toll of media scrutiny on their lives.

"I never thought that this would be easy, but I thought it would be fair, and that's the part that's really hard to reconcile," the Duchess said.

Harry also addressed rumours of friction with brother William, the Duke of Cambridge.

"Inevitably stuff happens, but we're brothers, we will always be brothers," he said.

"We don't see each other as much as we used to because we're so busy, but I love him dearly."

Harry, 35, is a grandson of Queen Elizabeth II and is 6th in line to the British throne.

Before marrying Harry in 2018, Meghan was a successful actress best known for her role in the television legal drama Suits. 'They won't get away from the media'

Former palace press secretary Dickie Arbiter said he was "surprised and disappointed" at the couple's announcement.

"I thought after six weeks in Canada, where they were able to do their own thing without any interference from anybody to get away from all the trials and tribulations last year surrounding the birth of Archie and taking planes and the rant that Harry had in South Africa, they would have put that behind them and come back to UK," Mr Arbiter told Today.

Mr Arbiter raised questions over the logistics of the announcement.

"Is the security found as it is at the moment with personal protection officers from Scotland Yard or will the Canadians be brought on board?" he said.

"If the Canadians are brought on board who is going to pay for that? At the moment the taxpayer in the UK are paying for it, not just for the Royal Family but senior members of Government.

"Is it going to change in Canada? They won't get away from the media."

Buckingham Palace would have been totally blindsided by the Duke and Duchess of Sussex's "unprecedented" and bombshell announcement to quit as senior royals, an expert royal commentator says.

"It is true to say that the Queen and the palace had no idea this was coming which then explains the statement which is pretty hastily written, kind of a one-sentence line," Camilla Tominey, associate editor at the UK's Telegraph, told Today.

"That for me smacks of a kind of instant PR reaction, 'we better get something out, but we haven't got anything pre-prepared'.

"There have been reports in the Sun that they were contemplating a move to Canada and as you know and your viewers will know of them not particularly being happy in their royal role.

"They took a six-week sabbatical… what we didn't know is that the Palace would be blindsided by this statement.

"This is unprecedented and frankly does send shockwaves through the entire institution of monarchy."

Tominey said it was well-known the couple were unhappy in their roles.

"We can trace this back to about six months after they got married in May 2018," she said.

"There were rumours around tiaras, rows over bridesmaid dresses, rifts between with two brothers.

"That escalated into negative publicity about baby showers and private jet issues, and let's not even get into Thomas Markle senior. And then there was the interview with Meghan who said you have to be happy in life.

"How we get to this situation and how it is going to work?

"It is oxymoronic to say that you can be financially independent while at the same time continuing to fully support the Queen. How do you do that if you are not officially a frontline Royal?"